Riders down but not out following Western Final loss 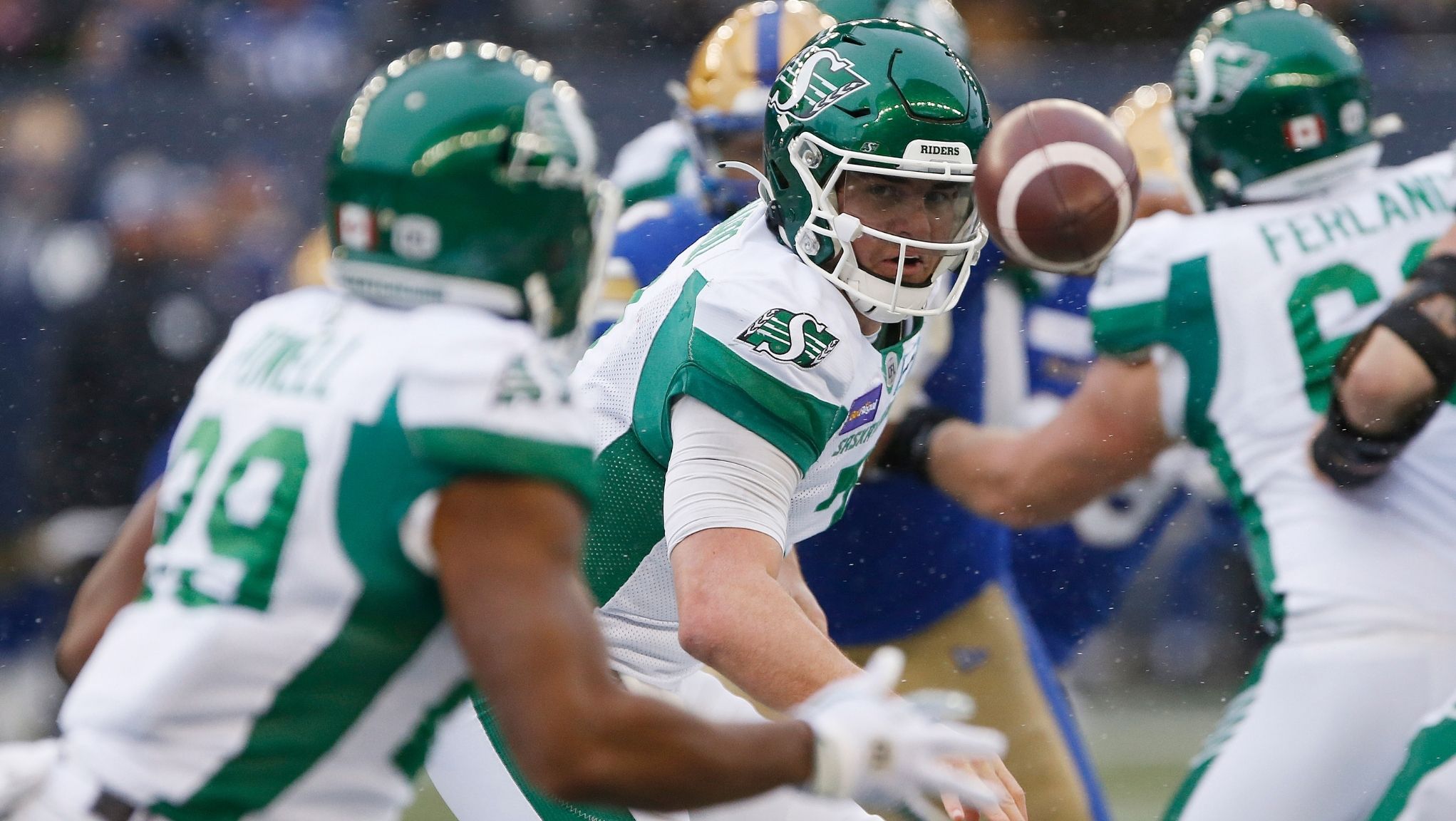 Riders down but not out following Western Final loss

REGINA —  After collecting their feelings about the Western Final and the 2021 season as a whole, the Saskatchewan Roughriders were down, but looked back at their season with fondness and pride.

“I think we had a great year,” said Riders’ linebacker Deon Lacey. “Through everything we went through, especially with injuries early in the count with like nine guys going down and (in) middle of the year, losing some guys to hamstrings and stuff like that and having those young guys step up and play the way that they played on those road games in tough places, it worked out.”

Lacey, who signed with the Riders following his time in the National Football League with the Buffalo Bills and the Miami Dolphins was thankful to the organization. Before joining the Riders, Lacy hadn’t logged many minutes defending the grass in the middle of the field and was very appreciative of the chance the Riders gave him to succeed.

“I played a lot of positions, but not MIKE,” Lacy said. “It was a good experience and it’s different playing in between those guards. You’ve got to be a head honcho in there.”

For Cody Fajardo, he continued to not let the loss to the Winnipeg Blue Bombers define his season where he finished third among passers with 2,970 yards and 18 touchdowns. He added another 454 yards and two touchdowns in the Riders playoff games and feels that the team made strides in 2021 though they did not accomplish their end goal.

“It’s tough to say now because you lose the last game of the year, it’s a tough feeling,” said Fajardo. “But to tell you the truth, I’m in my second year as starting quarterback and I’ve been to two Western Finals. I’m very proud of that, very proud of being a 10-win team in back-to-back years.”

“(There’s) still so much learning curve for me and I think I can be so much better. But at the end of the day, finding ways to win in professional football is hard to do and I can’t do it without the teammates that I have and the coaches that we have here. But extremely proud of what we put out on the field with all the adversity we had. I’m just blessed to be a part of this organization, blessed to be playing football.”

Unfortunately for Fajardo, the Riders’ Western Final loss to the Bombers marked the second time of his brief career with the Green and White that he’s come short of a Grey Cup berth. Knowing how close he is, he’s confident that his and the Riders’ time will come and looks to use these events as learning opportunities for future seasons.

“Being a second-year starter, taking these experiences, it’s only going to go a long way for me and help slow down the game for me, help the moments not be too big,” Fajardo said. “I think that’s what I drew on most this year was that when the pressure-packed situations came in, we had to drive down the field to win the game, you draw to these moments where you have been on the wrong side of it or the right side of it.”

“You just need these experiences as a quarterback, you just need to play and see the reps and get the throws and feel the rush around you. They’re all good blessings to have, but when you lose the last game of the year, it’s always tough.”

Reflecting on his time with the Riders, having played two seasons under centre, he let it be known that he wouldn’t want to be anywhere else than Riderville and though it can be challenging at times, he embraces it.

“There’s been a lot of hard times in my life throughout my football career and I just go out there and just give it everything I have I lay it on the line,” Fajardo said. “I know I’m probably not the most talented guy when it comes to being quarterback and things just come to me, but I wouldn’t want to play for any other team, any other organization.”

“It was a very tough six years for me in the CFL and professional football, no one really gave me a chance,” said Fajardo referring to the time where he served as s backup for the BC Lions and Toronto Argonauts. “J.O. [Jeremy O’Day] was the first person to give me a chance and I just work hard every day and want to do everything I can to bring this team a Grey Cup because I know they deserve it.”

With the loss still fresh in his mind, Craig Dickenson credited the Bombers’ second-half game plan and reiterated how proud he was of his team.

“I’ve got to give Winnipeg credit, they came out in the second half with a good plan. They just said, ‘We’re going to run the ball till you stop it.'”

Dickenson also knows the loss will motivate his 2022 team who will have a chance to play in front of their own fans in the 109th Grey Cup their Mosaic Stadium.

“I think for the guys who do come back, it will motivate them,” Dickenson said. “To know that we were close to winning that game and close to going to the Grey Cup and hopefully it motivates them in the off-season to work a little harder.”