Dane Evans to start at QB for Ticats in GC108 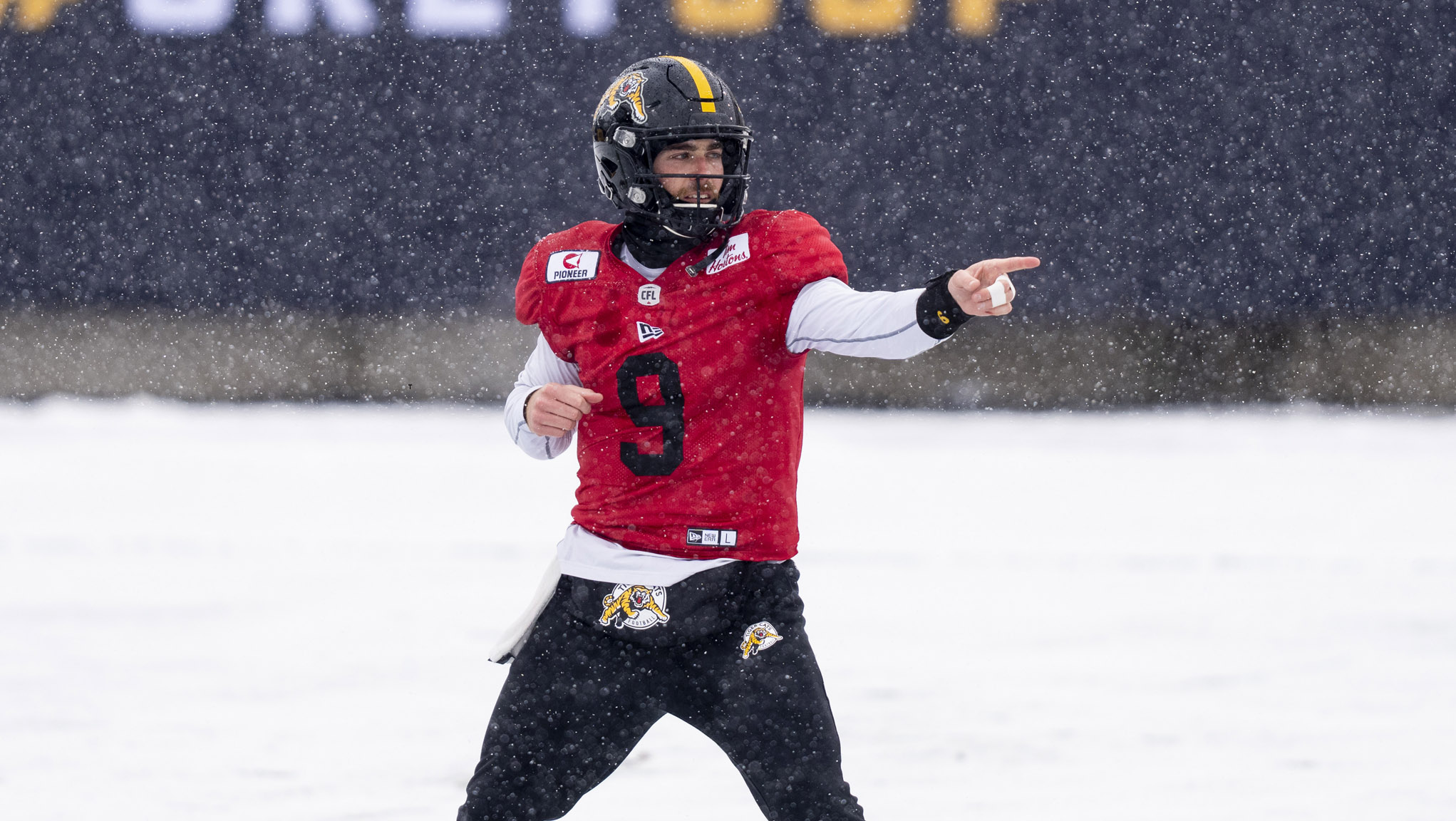 Dane Evans to start at QB for Ticats in GC108

Dane Evans will start at quarterback for the Hamilton Tiger-Cats against the Winnipeg Blue Bombers in the 108th Grey Cup Sunday at Tim Hortons Field.

“It’s never easy because I don’t like letting people down,” Steinauer said. “You have to make a decision. That’s what I get paid to do.” 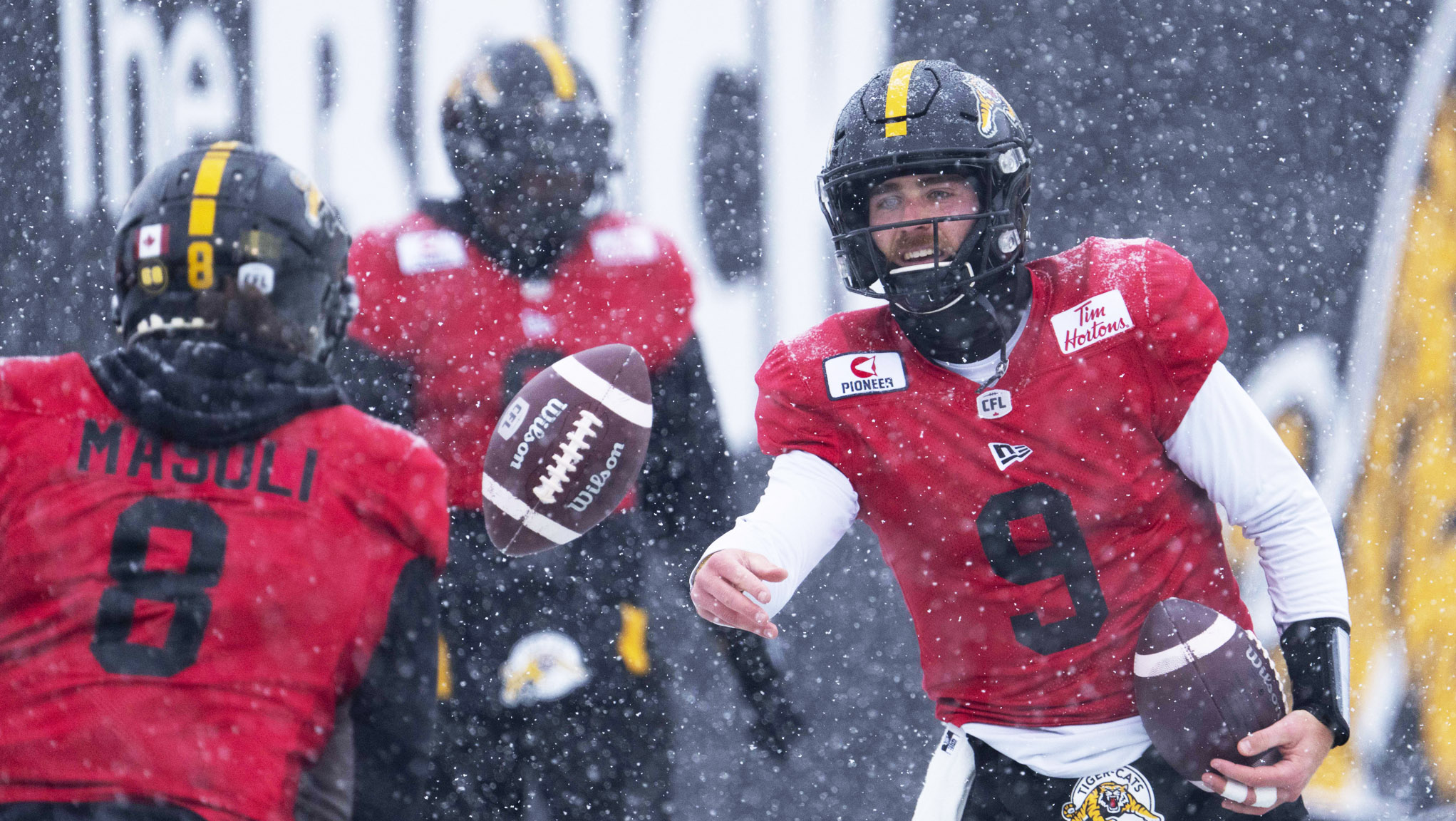 Dane Evans will be the starter for the Ticats this weekend in the 108th Grey Cup (Peter Power/CFL.ca

Evans came off the bench to lead the Tiger-Cats to a 27-19 victory over the Toronto Argonauts in last weekend’s Eastern Final. Hamilton trailed 12-0 at half time. Evans entered the game early in the second quarter. He finished completing 16 of 16 passes for 249 yards and one touchdown. He also ran for two touchdowns.

Jeremiah Masoli started the game and completed four of six passes for 22 yards.

“I’m just happy to be playing, man. It just magnifies it that it’s on the Grey Cup stage,” Evans told reporters on Wednesday afternoon.

“Really thankful that the coaches and my teammates believe in me to give me this opportunity. But it’s not really about me, it’s about the team. I’m just a position on the team, like a lineman or a wideout. I’m excited about it but I’m not making it bigger than it is.”

He was the starting quarterback in Hamilton’s 33-12 loss to Winnipeg in the Grey Cup game, completing 16 of 27 passes for 203 yards, one touchdown and two interceptions. Just over two years later, Evans will get the opportunity to win a Grey Cup against the Bombers again.

“I feel more comfortable up here. As an American guy that didn’t grow up here playing Canadian football it takes some time to learn and I just feel really comfortable with the game,” Evans said.

“I wouldn’t say I’ve seen everything a defence can throw at me and I sure as heck haven’t seen everything that the CFL game can bring, but I feel like I’ve seen more than I saw at this point in time two years ago and I feel a little more mature with it.”

“He can make all the throws on the field,” said Steinauer. “He’s a different leader than Jeremiah. You are going to see more emotion.”

Masoli won the starting job at training camp then suffered a rib injury, which opened the door for Evans. He started three games before he was injured. Masoli returned to the lineup in Week 9 and appeared to have a tight grip on the starting job. In 12 regular season games, including six starts, Masoli completed 188 of 271 passes for 2,445 yards, 10 touchdowns and six interceptions. His slow start in the Eastern Final led to Evans landing

“He can make all the throws on the field,” said Steinauer. “He’s a different leader than Jeremiah. You are going to see more emotion.”

The opportunity presents itself suddenly for Evans, but his play in the Eastern Semi-Final indicated someone that was ready to produce on short notice. A defensive play in that game — he stripped a fumble recovery away from the Toronto Argonauts that saved a possible touchdown — drew praise from the defensive side of the team’s room this week.

“I watched that play about three or four times afterwards and I’m still trying to figure out how,” linebacker Jovan Santos-Knox said of Evans’ play.

Sunday’s opportunity is one that the young quarterback has patiently been waiting for.

“I think everybody’s different in every aspect of life from two years ago, with everything everybody’s been through with COVID and being a professional athlete who lost a year from something that no one in the world had been through,” Evans said of the change around him in the last two years.

“Hopefully I’m a little more mature, that comes with age. I was joking with the guys earlier, I know more about what to expect even media-wise and things like that this year. Still, it’s Grey Cup week. Schedules are different, we’re meeting in new rooms. There’s always some adversity that comes with it.”