Been There, Done That: Davis set for fifth GC appearance 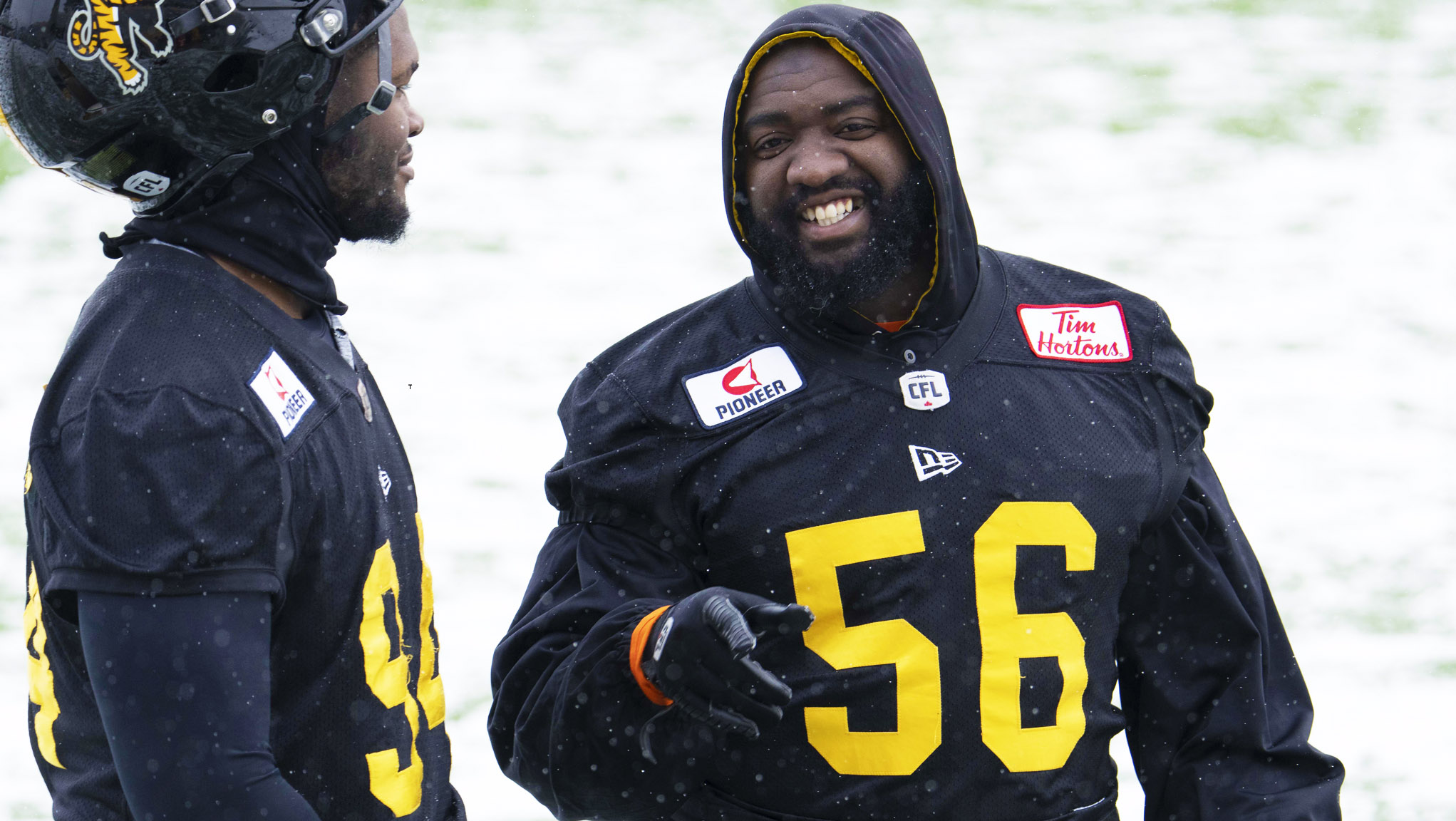 Been There, Done That: Davis set for fifth GC appearance

Ja’Gared Davis has done all of this Grey Cup stuff before.

The media, the excitement, the lead up. All of it.

Not only has he done it previously, it’s all he knows. Every year of his five-year CFL career has ended with the defensive end playing in the season’s biggest game.

The six-foot-one, 238-pounder spent three seasons in Calgary (2016-2018) and the team went to the big show in all three years, falling short in two and hoisting the Cup in their third appearance. Davis then joined the Ticats in 2019 and he and Hamilton met the Winnipeg Blue Bombers in the 107th version of the winner-takes-all matchup.

And now, as fate would have it, he’s back once again.

“It’s a blessing,” Davis told the media on Wednesday after his team hit Tim Hortons Field for their first practice of the week. “Going to a Grey Cup once is a feat in itself. Just been blessed to make it five, let alone five years straight. I’ve just been a part of some great organizations, great teams and just find a way to get it done.”

Through the Lens: Ticats take the field ahead of Grey Cup 108

In 13 games this season, Davis was a force for opposing quarterbacks, racking up six sacks. He also added 39 tackles.

Though according to his teammate Jovan Santos-Knox, what’s so special about Davis is more than just the stats on the stats sheet.

“Can’t put into words what Ja’Gared does,” Santos-Knox said, speaking to the media before Davis. “Everyone sees him as being such a great pass rusher but he does so much more in the game. Everyone noticed what he did last week when he broke that play up with (D.J.) Foster, but he’s been doing that all year. He’s just a great athlete and a generational guy. That’s why he’s an all-decade guy.”

If it seems like Davis has taken his game to another level over the last few weeks, it’s because he has.

The defensive end was a standout in both the Eastern Semi-Final against the Montreal Alouettes and in the Eastern Final against the Toronto Argonauts. In those two games combined, Davis had six tackles, four sacks, and forced a fumble. And how can you forget about the big man dropping back into man coverage to breakup a pass intended for Foster in the end zone last weekend?

“He actually said this to me back in Week 1: ‘you want to play your best football in the first week of the season and the last week of the season.'” said Santos-Knox. “After watching him these last couple of weeks, he’s definitely been giving it up. I know he’s been saving his best ball for last.”

If Davis wants to get his second championship ring, he’ll have to bring his best on Sunday against the Bombers. That being said, football is a team sport and he knows that everyone will need to work together if the Ticats hope to win the coveted Grey Cup in front of their home crowd.

Along with Davis, Julian Howsare, Dylan Wynn and Ted Laurent make up one of the best defensive lines in the CFL – right there with the Bombers’ front four as the class of the league this year. But as good as their group in the trenches has been, the entire defence will need to be at their most dominant if they want to shut down Zach Collaros and Winnipeg’s offence.

“It’s really a collective group unit,” said Davis. “I know it starts up front but with the linebackers we have, our secondary playing the way they’re playing, it’s giving us the opportunity to create the havoc and create disruption up front to cause havoc for quarterbacks, running backs, run scheme.

“It’s just an all-around great unit and we’re growing closer together every game, every practice, every meeting. We just believe in each other like no other. I wouldn’t choose a different group of guys to go into this battle with.”