Quote Board: Ticats, Bombers take the podium on Wednesday 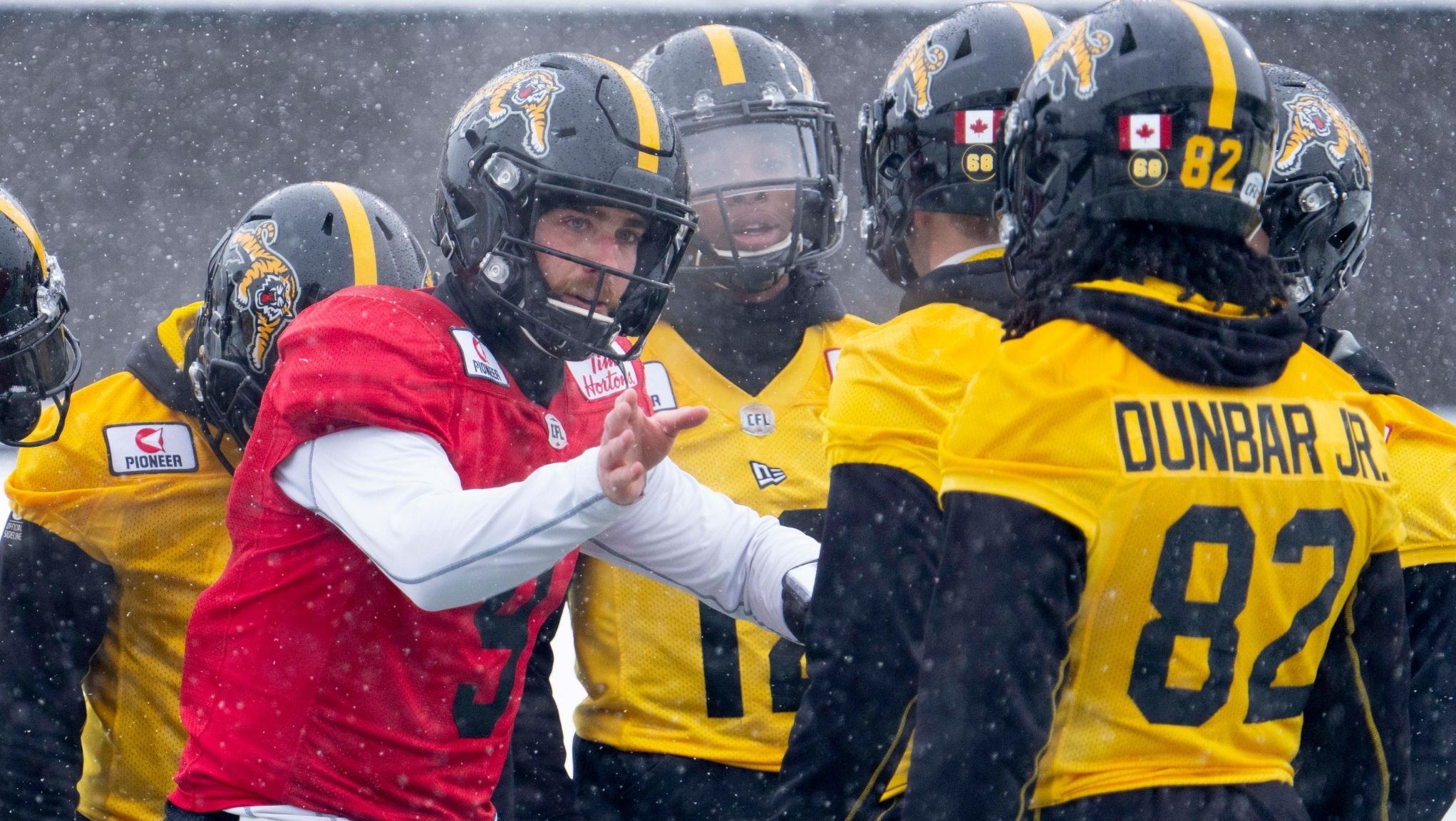 Quote Board: Ticats, Bombers take the podium on Wednesday

HAMILTON — Following in their coaches’ footsteps from the morning’s press conference, members of the Hamilton Tiger-Cats and the Winnipeg Blue Bombers players spoke to the media on Wednesday afternoon.

This marks the first time each team has taken the field since the Eastern Final and the Western Final. The hometown Ticats practiced at Tim Hortons Field while the Bombers took the short trip over to McMaster University to prepare ahead of Sunday.

Standout remarks from the Hamilton Tiger-Cats and Winnipeg Blue Bombers

“I’m just happy to be playing it just magnifies that it’s on the Grey Cup stage. Really thankful that the coaches and my teammates are believing in me to give me this opportunity. Like I said last week, It’s not about really me, it’s about the team. I’m just a position on the team like a wideout or O-line. I’m excited about it obviously, but I’m not making it bigger than it is.”

“I wouldn’t even say they’re a good team, they’re a great team. They’ve been the best team all year in almost every statistic; I definitely give them the respect on that. We’re not going to overly press and try to score 100 pounds in the first quarter or anything, but we know we’ve got to come out and play ball from the get-go.”

– Dane Evans on the challenge the Winnipeg Blue Bombers pose

“As an American guy who didn’t grow up playing Canadian football, I take some time to learn. I just feel really comfortable with the game. I wouldn’t say I’ve seen everything a defence can throw at me and I sure haven’t seen everything that the CFL game can bring but I feel I’ve seen more than I saw at this point in time two years ago.”

To me, It’s great that it is Winnipeg, but I’m just excited to be back in the Grey Cup- I really didn’t care who we’re playing this year. Obviously, there is the fact that they beat us in 2019, but it’s just nice at any time to get back to the Grey Cup.”

“He’s just a selfless person. He’s just a guy that all year, it didn’t matter if he was the starter, backup; he really doesn’t care about his role on this team. All he cares about is that he can help the team in any way. A guy like Dan, you know he’s going to give his all for each and every person on the team so you want to do the same for him.”

“I like to look at it as just another football game. I really don’t like to get my emotions into it too much; just have to keep my mind right, keep my focus right and go in here with a winning attitude.”

– Nic Demksi on his preparation for Sunday

“The first thing is his preparation, he’s in the building extremely early. He watches a ton of film on his own. I live with our centre, Mike Couture. Almost nightly, Zach will get ahold of us and ask what we’re thinking on this look, if we see this what are we thinking on this. There’s a constant dialogue between him and our offensive line. Second would be confidence. Just his demeanour, his personality, his body language is extremely confident.

– Patrick Neufeld on what he admires about Zach Collaros

“I think that was a really important moment for our team just having to go through that much adversity in a game. Saskatchewan has a really good defence and they did some really good things against us and for us to be able to respond like that or turn on each other and look for excused was, I think was a really big step and something we can reflect on a little bit this week.”

“I think our team, preparation wise, whenever in tough games or when tough games are on the line or its win or go home, the team around me, the coaching staff around me all kind of has that same attitude. So it allows an individual around a team and a staff to shine and when one guy is doing well, it’s not because of the one guy, it’s a team effort as well.”

“A lot of people look at those as big advantages but at the end of the day, I think that if you’re professional, you’re going to prepare the right way and once you get on that field, the crowd shouldn’t be that much of a factor because you’re locked in a focused. You’ve just got to tune in and get the job done.”

– Andrew Harris on how different a road Grey Cup is

“I didn’t really appreciate it as much then. It was definitely a big big big game and was amazing but it felt kind of easy and the time and didn’t feel realize how tough it is. Everyone thinks with the limited amount of teams you’d have more Grey Cups as someone who’s played as long as I have or some guys do. It is very tough to get into this game and it’s tough to win it. There’s a much more greater appreciation for it now than I did in 2011.”

“’19 doesn’t have any implication on what’s going to go on on Sunday. This is a brand new team, they got a lot of still the same pieces, but they do different things now and look a lot better as far as well-oiled the last couple of games they put together. They’re going to have a lot of things we’re going to gave to adjust to. No implications from 2019 to now except we’ve got an away game to play.”

“I want to say I do appreciate the province, I appreciate Manitoba, I appreciate Winnipeg and everything for giving me the opportunity to come up here and let me be me. I feel like already with them accepting me my rookie year up here, just allowing me to be me and being so accepting of me, I feel like I have to give my all every single snap. That’s why I play the way I play.”