Bombers’ national RB depth a factor in their success 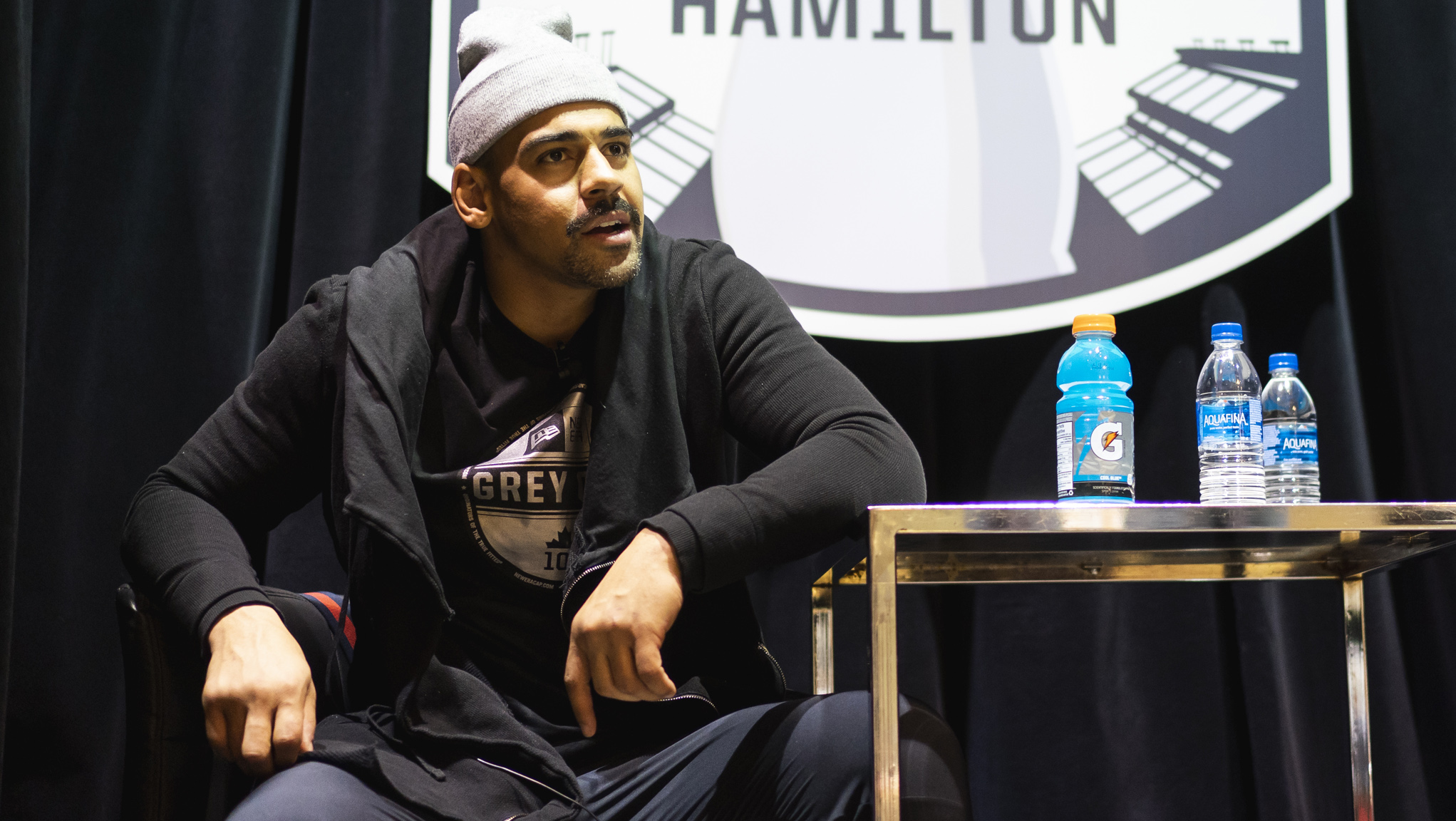 Bombers’ national RB depth a factor in their success

HAMILTON — Having three Canadian running backs that are similar but different has given the Winnipeg Blue Bombers depth in the backfield and some flexibility when filling other positions.

Andrew Harris, Brady Oliveira and Johnny Augustine combined for 1,337 rushing yards and five touchdowns for Winnipeg this season. The Bombers were second in the league, averaging 119.7 rushing yards a game.

The grinding ground attack will be a crucial weapon when the Bombers play the Hamilton Tiger-Cats in the 108th Grey Cup Sunday at Tim Hortons Field.

“When you have a group like this, they don’t come around all the time,” said Pete Costanza, Winnipeg’s running backs coach who will be on the sidelines for his seventh Grey Cup. “It’s definitely a pleasure to coach those guys.”

During his career the veteran Harris has led the CFL in rushing three times, was both the most outstanding player and top Canadian in Winnipeg’s 2019 Grey Cup win over Hamilton and has been a league all-star five times. What makes the Winnipeg native the proudest is seeing young Canadian running backs following in his steps. 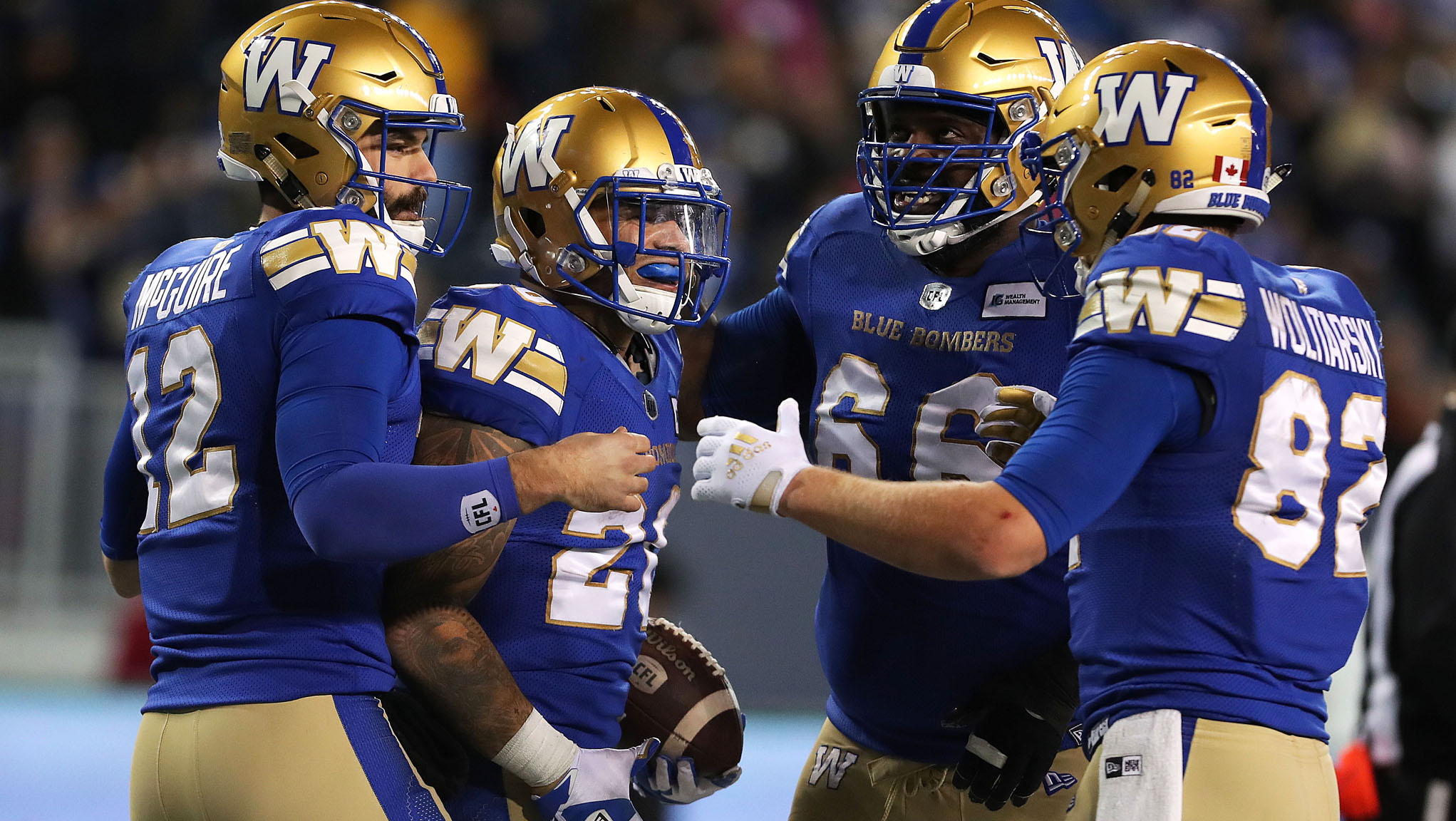 “I take a lot of pride having some sort of influence on that along with guys like (Jerome) Messam and (Jon) Cornish,” said Harris. “There’s a lot of great players out there and especially ones (in positions) dominated by Americans. It’s awesome to see the opportunities not only for the guys to be playing, but to have big impacts on their teams.”

Oliveira said growing up in Winnipeg, Harris was his role model.

“Andrew has paved the way for young running backs like myself that are Canadian,” he said. “I just hope I can continue that.”

“Brady has a lot of the same traits as Andrew,” said Costanza. “He’s a hard-nosed runner that has good enough speed to make people miss him in the open field and accelerate away on long runs. He’s solid in pass protection.”

At five-foot-nine and 199 pounds, the 28-year-old Augustine, from Welland, Ont., is probably the strongest of the three.

“He has never missed a weight training session,” said Costanza. “Johnny is kind of a slasher. He’s got excellent feet and he’s able to make a cut and accelerate.

“That’s what kind of makes it interesting, is you have three guys that have similar abilities but also have different abilities.”

Injuries limited Harris to just seven regular-season games this year, but he still rushed for 623 yards and three touchdowns on 116 carries.

Harris missed the final four games of the season with a knee injury but didn’t show any rust in the Western Final, rushing for 136 yards and a touchdown on 23 carries in Winnipeg’s 21-17 win over the Saskatchewan Roughriders.

“I like the opportunity to play in big games and then make big plays,” he said. “The fire in your belly gets a little hotter, burns a little brighter.”

The Bombers selected Oliveira 14th overall in the 2019 CFL Draft after playing at the University of North Dakota. He played just two games before suffering a season-ending leg injury.

This year Oliveira had 94 carries for 429 yards and two touchdowns. He said Harris has given him advice and support all season.

“The talks we have and him just slowing down my mind,” said Oliveira. “He’s molding me into a player like him.

“Being able to learn from him is only going to elevate my game. I’m looking forward to seeing what I can do in this league.” 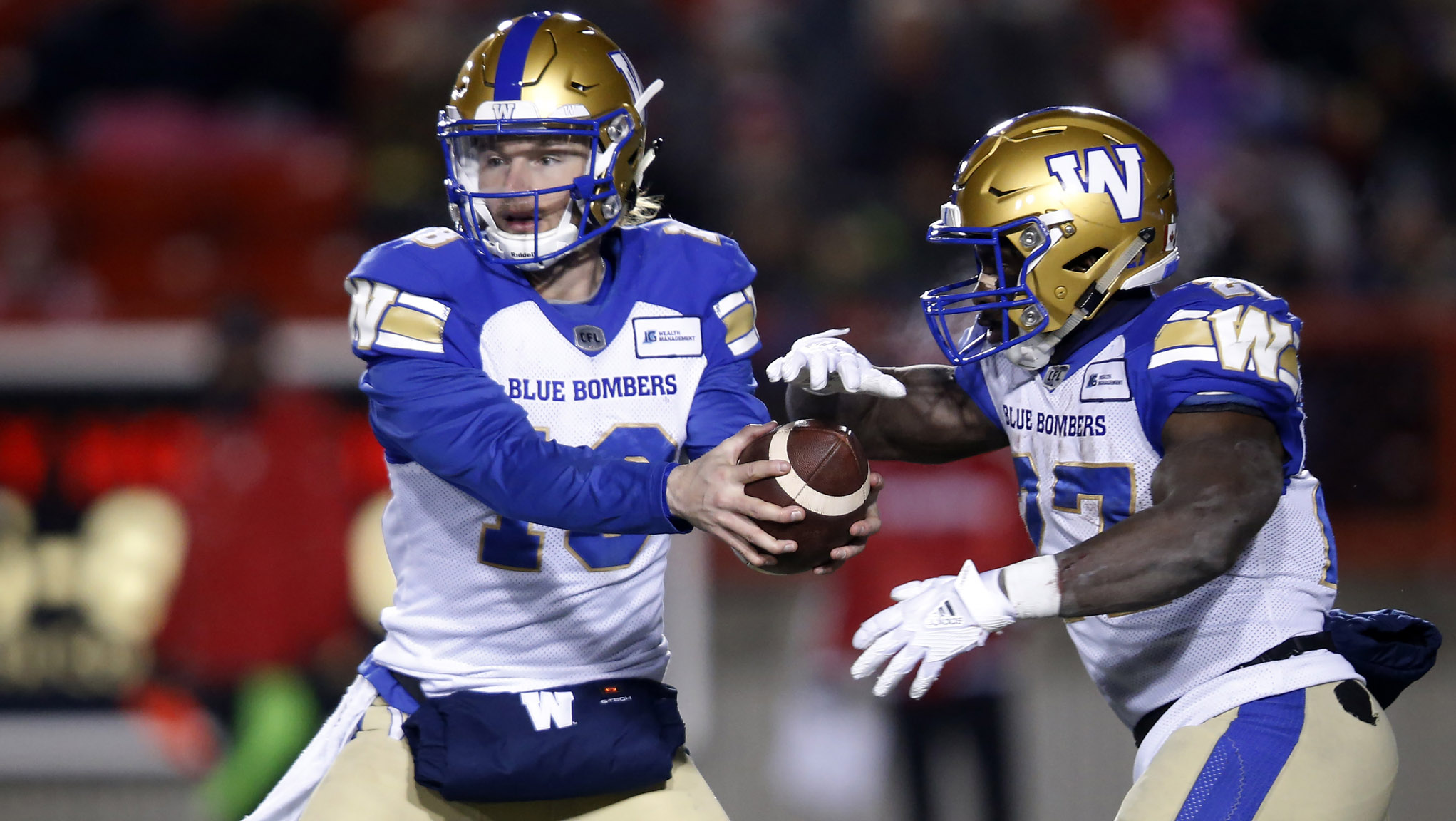 Augustine is in his third year with the Bombers after playing his college football with the Guelph Gryphons. He had 40 carries for 285 yards.

A big reason for the Winnipeg success is an offensive line that allowed a league-low 16 sacks and placed guards Drew Desjarlais and Patrick Neufeld plus tackles Stanley Bryant and Jermarcus Hardrick on the Western All-Star team.

“Without that offensive line we can’t do anything,” said Oliveira. “I think it’s just the work they put in, all the extra film study, how they attack each and every day at practice.”

Hardrick said the line takes pride in opening holes for the running backs.

“We enjoy blocking for those guys,” he said. “Having all three Canadian running backs be successful is just a blessing. I’m happy we got all three.”

Costanza said having three Canadians in the backfield helps with ratio decisions on other positions.

“It just gives us the ability to figure out the roster the best way we can,” he said. “It gives a little bit more flexibility to where they want to potentially use another American or how we want to set our roster.”

Harris will play in his third Grey Cup on Sunday. He won a championship with the BC Lions in 2011 when he was also named the game’s top Canadian.

A decade later, Harris realizes how hard it is to win a championship.

“I didn’t appreciate it as much then,” he said. “I felt it was kind of easy at the time. It’s very tough to get into this game and very tough to win it. There’s a much more greater appreciation for it now.”