Ferguson: Ticats look back on growth through 2021 season 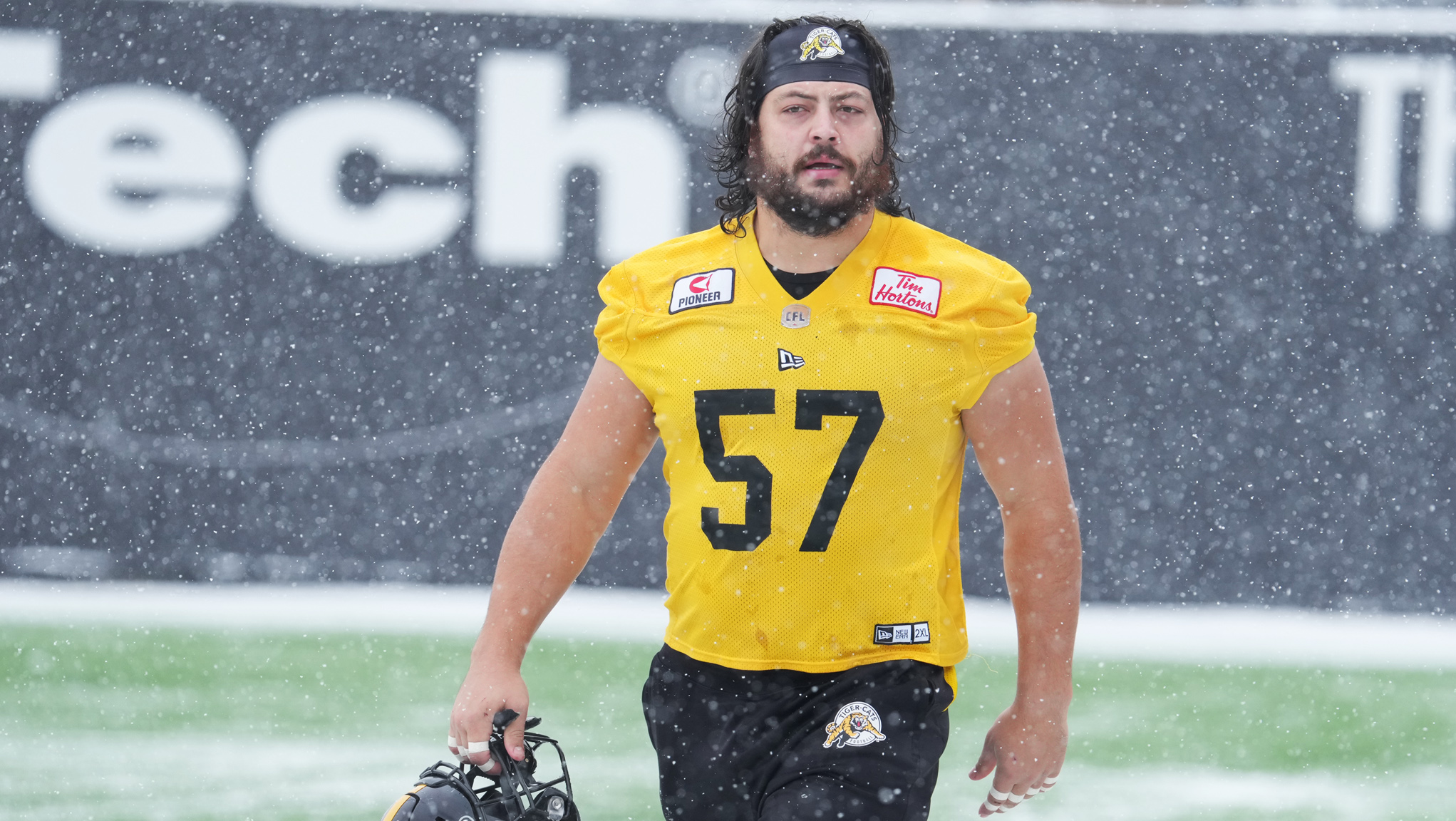 Ferguson: Ticats look back on growth through 2021 season

While the snow that hit mid-week isn’t likely to last until kickoff and most events have been tweaked to ensure everyone’s safety in this never ending COVID timeline, there is no doubt the energy and excitement for Bombers vs. Ticats part two is building in a way only the Grey Cup can provide.

In an effort to be thorough in my analysis, I went back Thursday morning to re-watch the season-opening tilt between Hamilton and Winnipeg from IG Field to see if I could pick up any storylines, tendencies or small details that could help break down the game for you here on CFL.ca.

Instead of picking up on great performances or unstoppable X & O concepts, what swept over me was a sense of shock at how rusty everyone looked.

RELATED
» Everything you need to know about GC Week so far
» Been There, Done That: Davis set for fifth GC appearance
» Quote Board: Hear from Ticats, Bombers players on Wednesday
» Morris: Banks sees extra blessing in fourth Grey Cup

There have been 7,612 – give or take – offensive snaps taken since August 9th. Over that time the game has gradually returned to its normal state of speed and precision after a year away and a 2021 void of training camp hitting or pre-season games to awaken the football senses.

It’s easy to forget where we all began this season, but put on the fanfare and celebration of the Bombers Week 1 victory and you’ll likely see what I did.

Missed blocks, lack of communication and a struggle to play assignment sound football plagued both teams in their first Grey Cup rematch of the season. According to Ticats standout offensive lineman Brandon Revenberg, “it’s painful to watch, we had so much rust.”

I caught Revenberg sitting alone at Grey Cup Media Day Thursday. “Life of a lineman,” he joked, without a camera or microphone in sight. The always honest ‘Rev’ as his Ticats teammates refer to him, recalled for me in detail just what a struggle Week 1 was against these Bombers.

“Everyone was trying to figure it out, a lot of guys were coming off working other jobs to support their families and the physicality just wasn’t there,” said Revenberg. “We have come so far since then and there’s no doubt in my mind we left a lot out there in Winnipeg.”

I’ll never forget one of my old coaches explaining the difference of early season to playoff football while we watched film to prepare for the 2014 Vanier Cup. “Playoff us would beat the hell out of Week 1 us,” he said with a chuckle. I can’t help but feel the same about the 2021 Tiger-Cats.

Fresh off their biggest comeback win of the season in a road playoff game against their division rivals from Toronto, the mental toughness, will and physicality of a sloppy weather win remains vivid. Paired side-by-side with that Week 1 film, it’s hard to believe we’re talking about the same team, which makes sense because so many pieces have changed.

Mike Daly started at free safety, a spot now occupied by Tunde Adeleke. Rookie standout Desmond Lawrence was dressed but not starting at boundary corner, Channing Stribling was in for Cariel Brooks at boundary halfback and Ted Laurent didn’t play.

On offence, Jalin Marshall and Marcus Tucker were the fresh faces you knew, while Tim White, Steven Dunbar Jr. and Eastern Final return touchdown hero Papi White were yet to become known. Then there’s the offensive line where only two of Sunday’s presumed starters (Darius Ciraco and Brandon Revenberg) played against a fresh and motivated Bombers defensive line.

This group is almost unrecognizable from the one taking the field for a home Grey Cup against Winnipeg four months later, while Winnipeg has many of the same pieces firmly entrenched.

As the old saying goes life is about the journey not the destination, but now that the final destination has been reached it is worth looking back at the journey Hamilton took to get here.

A slow start against the eventual 2021 Western Final opponents in Winnipeg and Saskatchewan. A Week 4 quarterback change, disappointing Mark’s Labour Day Weekend rematch loss and another quarterback injury followed by a few ‘survive and advance’ feeling games with third quarterback David Watford at the helm. Back came Masoli, momentum built, the playoff push arrived and Hamilton answered the bell, all while carving out an identity and realizing who they are in 2021.

As I asked Revenberg about he and his wife expecting their second child this February and the daunting task of raising a daughter for the first time. We laughed and said our goodbyes before one last exchange on Week 1 when the Black and Gold’s big left guard laughed and said, “it’s better to have bad film early and learn than win and learn nothing.”

We’ll find out Sunday what Hamilton’s learned over the last 18 weeks and if it’s enough to take down the CFL’s best team from Week 1 to today, when the Bombers and Ticats will bookend a memorable 2021 season.