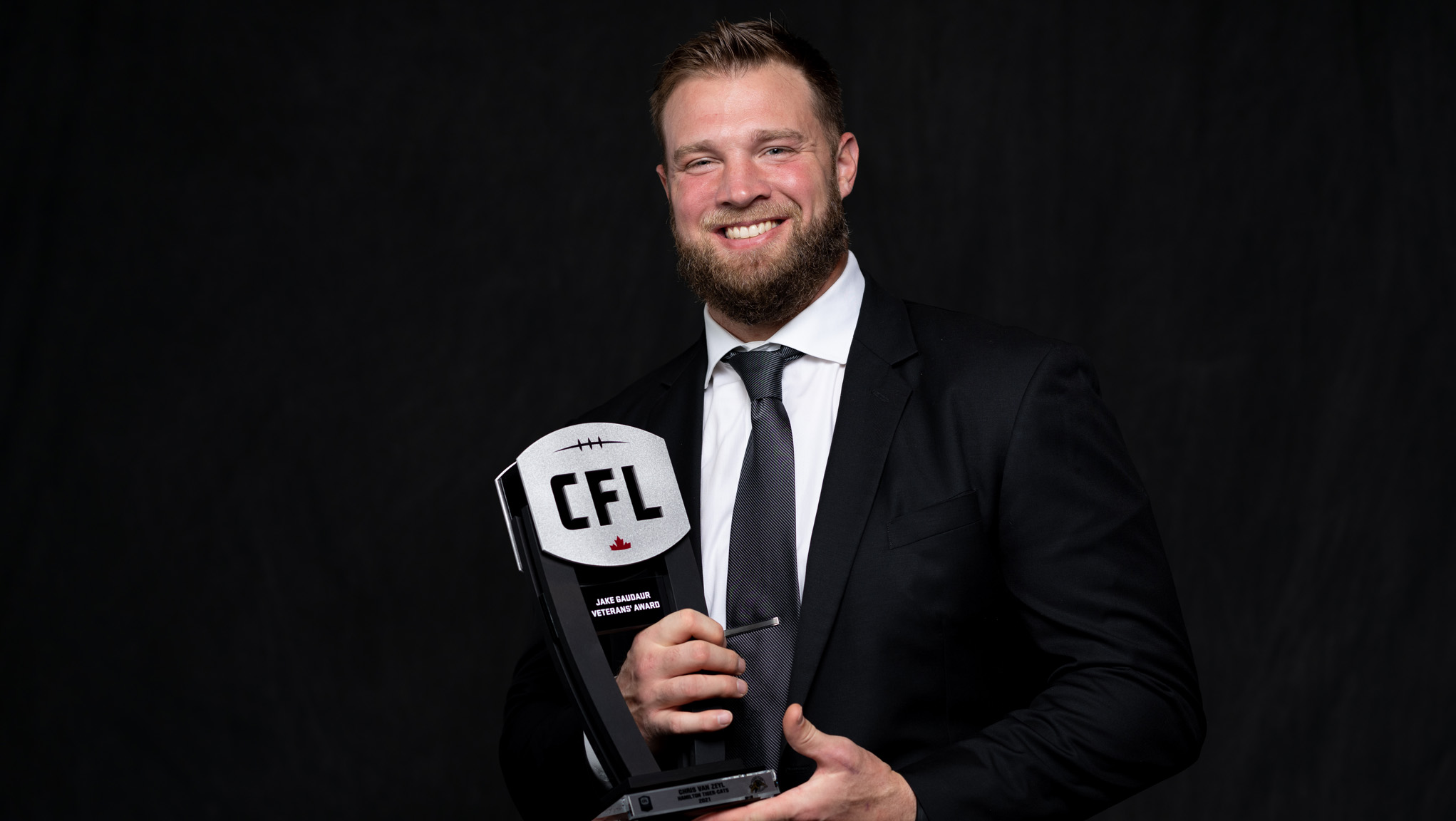 HAMILTON — Chris Van Zeyl is the winner of the Jake Gaudaur Veterans’ Award.

The award is given annually to a Canadian player that demonstrates the attributes of Canada’s veterans: Strength, perseverance, courage, comradeship and contribution to Canadian communities.

The Hamilton Tiger-Cats’ offensive lineman was recognized for his leadership on the field and his charity work off of it, particularly with United Way’s Sleepless in our City initiative.

After winning the award, Van Zeyl said that the initiative, which involves sleeping in a car through a cold winter night, is something he’d like to continue doing.

“As long as they’ll have me, I’ll do it. It’s an incredible experience,” he said.

“You don’t look down on people, you know everyone’s got their own story and their own situation but when you partake in something like that it opens your eyes on a different level to the struggles that people have to go through.”

His work raised money and awareness for the homeless in Halton and Hamilton.

The 38-year-old, 14-season vet overcame multiple training camp and early-season injuries to return to his status as an all-star calibre offensive tackle. He was named an East Division All-Star this year, through seven games played.

At all times on and off the field, Van Zeyl serves as a mentor and leader to his peers – whether they are making the jump from playing collegiate football or becoming familiar with the Canadian game.

He also serves as an ambassador for the Tiger-Cats’ two current largest community outreach programs – TELUS #EndBullying All-Stars and Interval House’s Be More Than a Bystander. He also lends his support to several other local community organizations like Hamilton Health Sciences, the Children’s Aid Society, the Catholic Children’s Aid Society and his alma mater, McMaster University.

The stars take the stage for the CFL awards

To have his name attached to former CFL Commissioner and Canadian Air Force veteran Jake Gaudaur was an incredible honour for him.

“The more you read and hear about what it represents, it’s really special. It’s a lot of things you never expect to be thanked for. You do them because it’s the right thing to do but when you’re honoured it’s incredibly humbling.

“It’s special and anytime you can contribute to your community and make a difference, it has to be thankless and you shouldn’t expect anything for it. To be in this moment is pretty special.”

Van Zeyl was named the CFL’s Most Outstanding Offensive Lineman in 2019 and is a three-time CFL all-star. He won Grey Cups with the Toronto Argonauts in 2012 and 2017.