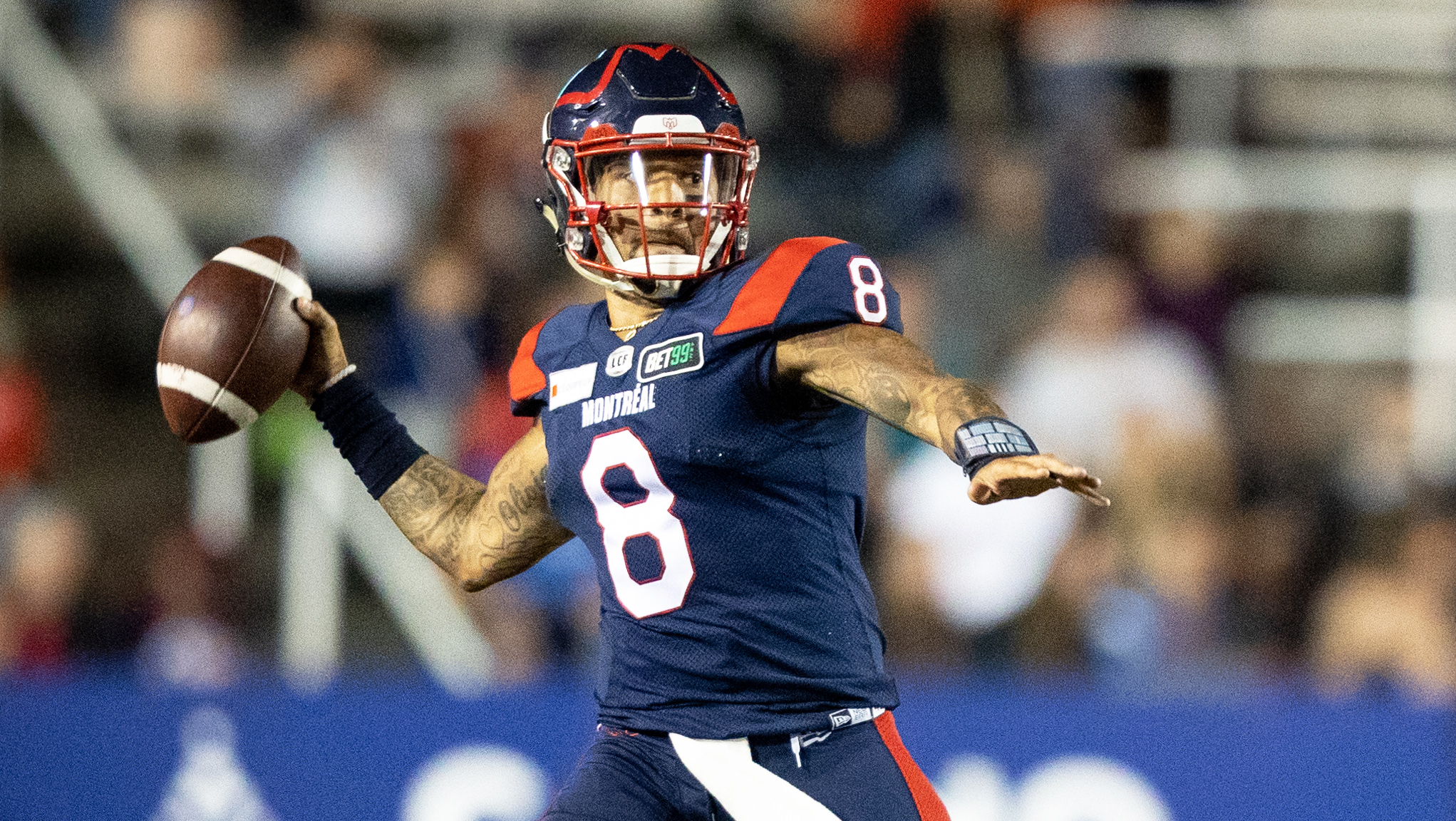 MONTREAL — The Montreal Alouettes announced on Thursday that the club has extended the contracts of quarterback Vernon Adams Jr., which now goes through the 2023 season, as well as receiver Eugene Lewis, who signed a one-year deal with the club.

Adams Jr. played eight games with the Alouettes in 2021, completing 142 of his 239 passes for 1,949 yards and 14 touchdowns. The Pasadena, CA native quarterback, was named amongst the league’s players of the week when he amassed four touchdowns during Week 5 (tying his career high) against the Ottawa REDBLACKS. The 28-year-old quarterback’s season abruptly ended on October following a shoulder injury.

As a starter in the CFL, Adams Jr. has a 17-10 record. In 2019, he established himself as the team’s starting quarterback. He was a spark plug for the Alouettes’ offence, leading the team to a first playoff appearance since 2014. That year, he finished second in the CFL with 24 touchdown passes and dominated the league with 13 touchdowns (12 rushing and one receiving).

Lewis completed the 2021 season in third place in the CFL with 964 receiving yards on 62 receptions, on top of scoring nine touchdowns. The 28-year-old maintained his level of play throughout the season, even if he caught passes from three different starting quarterbacks, earning his first CFL All-Star selection. The 2022 season will mark his fifth in the nest.

In four seasons in la Belle Province, Lewis caught 185 passes for 3,044 yards and scoring 18 touchdowns in 51 games. Lewis played three seasons with the Penn State University Nittany Lions and spent one year with Oklahoma University Sooners. In 51 collegiate games, including 19 as a starter, the Norristown, PA  native caught 122 passes for 1,569 yards and 10 touchdowns.

“It’s a great day for the Alouettes family”, said Alouettes General Manager Danny Maciocia. “These players have the team’s success at heart and are true leaders on our team. Even while sidelined, Vernon wanted to stay close to his teammates and be involved. Eugene continues to be a premier target for the Alouettes and always does everything he can to help his team win.”