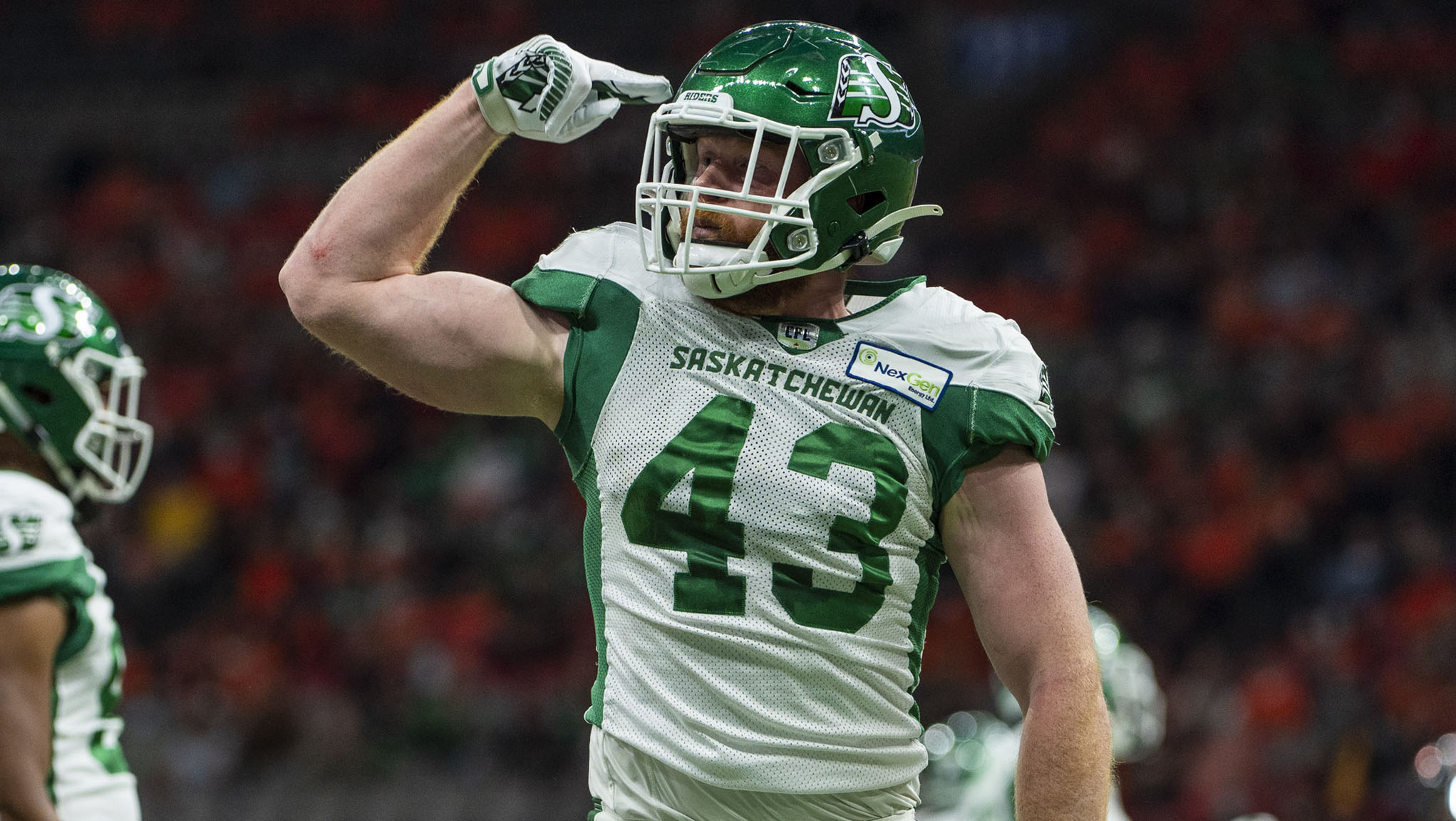 Both were set to become free agents in February.

Marshall (6’1-207) played all 14 regular season games, and two playoffs games this season on the road to being named a 2021 West Division All-Star. Widely recognized as one of the league’s best cornerbacks, the Georgia native made 30 defensive tackles and tied teammate Ed Gainey for a team-high three interceptions, one of which he returned for a touchdown. Marshall also had a team-leading seven pass knockdowns during the regular season. During the post-season, Marshall added an additional eight tackles and one interception in the Western Final.

Marshall initially signed with the Green and White in April of 2018 and went on to play 13 games that season making 26 defensive tackles, one forced fumble and three interceptions – two of which he returned for touchdowns. Marshall also took on short yardage quarterback duties, scoring seven touchdowns on 18 carries. In 2019, he made 39 tackles, five interceptions (third most in the CFL), one touchdown and a fumble recovery.

Prior to turning pro, Marshall spent two collegiate seasons at Auburn (2013-14) where he played quarterback. He passed for 4,508 yards with 34 touchdowns and 13 interceptions and rushed for 1,866 yards and 23 touchdowns. He led Auburn to the 2014 BCS National Championship Game, which the Tigers lost to Florida State.

Teitz (6’2-225) returns to the Roughriders after a breakout season that saw him nominated as the Roughriders’ Most Outstanding Canadian. In 2021, Teitz stepped into a starting role, playing 13 regular season games for the Club and making a career-high and team-high 64 defensive tackles. He also added seven special teams tackles and three sacks and suited up for the Western Semi-Final, earning five tackles.

Teitz was selected by the Roughriders in the 2nd round (14th overall) of the 2018 CFL Draft and played in 27 games over the 2018 and 2019 seasons, primarily on special teams.

Collegiately, Teitz spent four seasons at his hometown University of Calgary where he made 111 unassisted tackles, 14.5 tackles for loss and seven quarterback sacks in 30 games played. He won back-to-back Hardy Cup titles in 2016 and 2017 and played in the 2017 U Sports East-West Bowl.  The Calgary native was a Canada West All-Star in 2015 and 2017 and named U Sports All-Canadian in 2015.