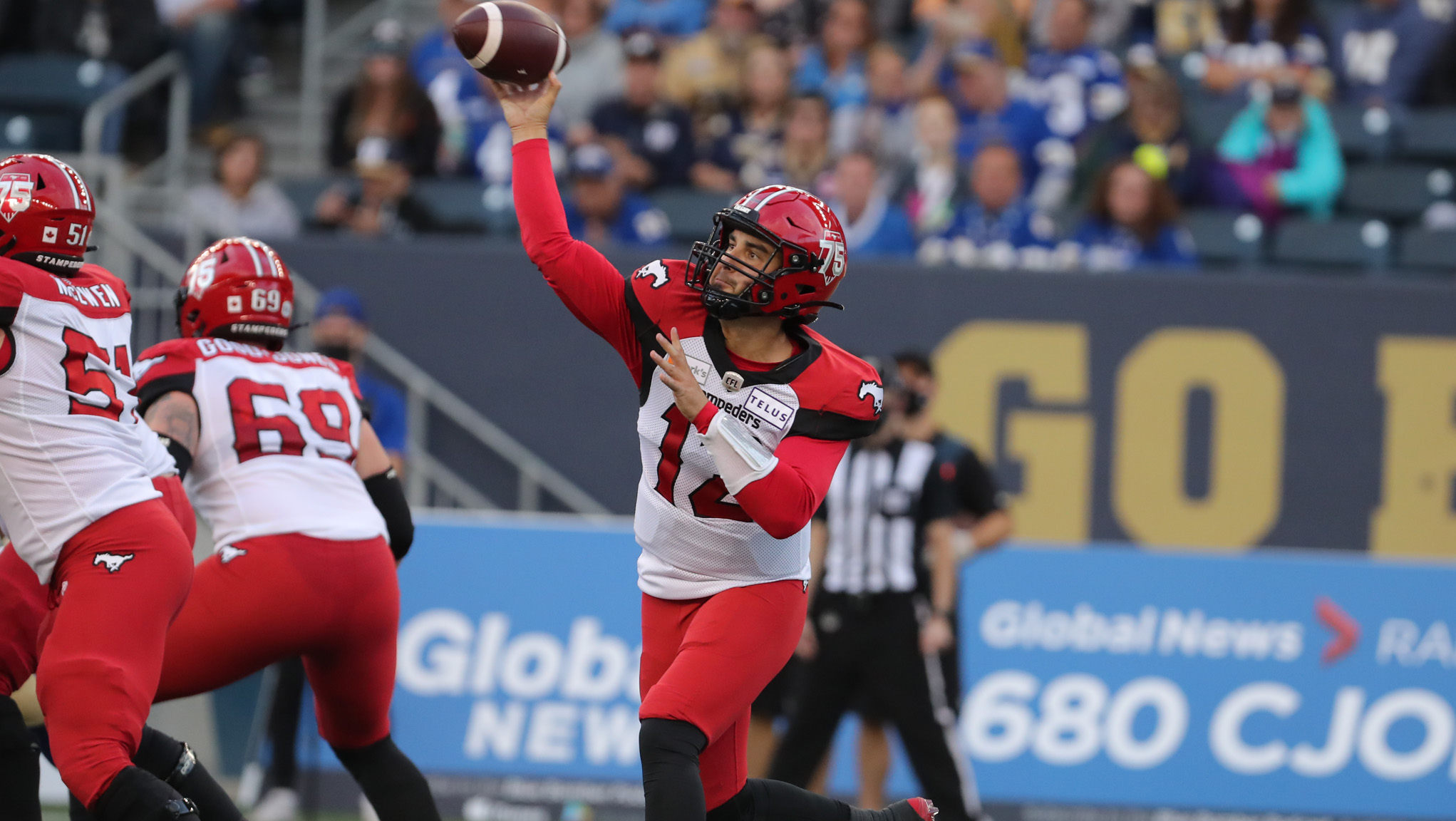 Maier played 11 games for the Stampeders during his rookie season in 2021 and made three starts. He completed 95 of 148 passes – a 64.2-per cent success rate – for 1,211 yards, five touchdowns and three interceptions. He had three 300-yard passing games and was the first player in CFL history to crack the 300-yard milestone in each of his first three starts.

Maier also carried the ball 16 times for 31 yards and two touchdowns and made one catch for six yards. Maier made his CFL debut in Week 3 and earned the victory as the starting quarterback against Montreal. In his second start, he set a franchise record by completing 17 consecutive passes. In Week 16 against Winnipeg, he helped the Stamps rally from a 12-point deficit with five minutes remaining in the contest to pick up a victory.

“Jake showed great promise during his rookie season and made a remarkably rapid adjustment to the Canadian game,” said Stampeders president and general manager John Hufnagel. “I look forward to seeing him continue his development next season.”

“I am very thankful to be given the opportunity to continue my career as a Calgary Stampeder,” said Maier. “It was important for my family and I to surround ourselves with a high-class organization and a supportive fan base. I look forward to playing an important role in the growth of our team with the end goal of a championship.”

Maier joined the Stampeders after playing 36 games over three seasons at the University of California, Davis. He completed 992 of 1,495 career passing attempts for 11,163 yards and 88 touchdowns with 33 interceptions. Maier was the Big Sky Conference’s newcomer of the year in 2017 and in 2018 he was the conference’s offensive player of the year and first-team quarterback. He played at Long Beach City College in 2016 and was first-team all-state after throwing for a league-leading 38 touchdowns and setting school records in TD passes and yards (3,689).