Morris: Calvillo ready for next step in Montreal 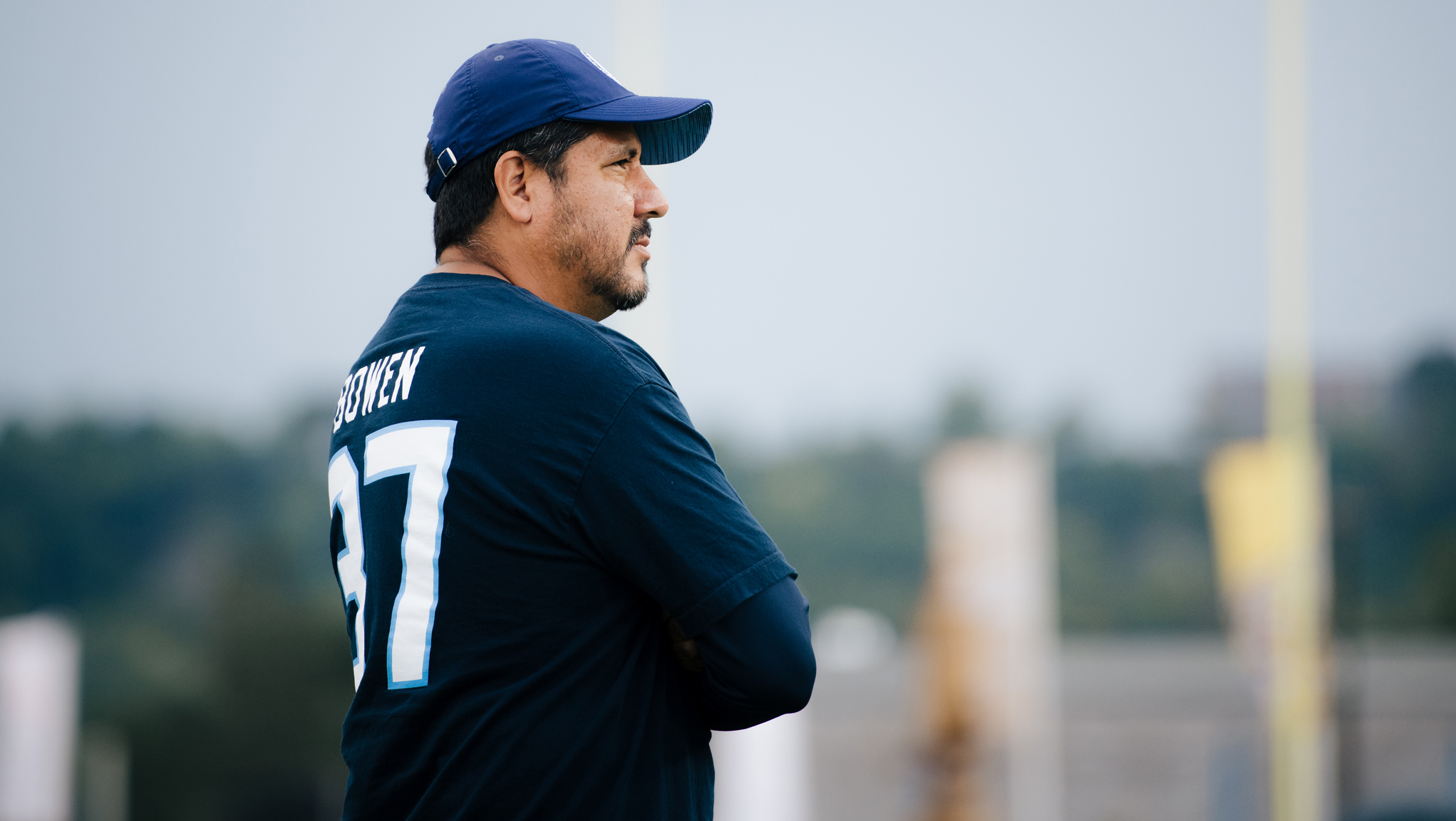 Morris: Calvillo ready for next step in Montreal

Stepping away from the CFL to spend three years at the Universite de Montreal Carabins has made him a better coach, says Anthony Calvillo.

Calvillo, who is the CFL’s all-time passing leader with 79,816 yards, has returned to the Montreal Alouettes as quarterbacks coach. Calvillo has come full circle after 16 years as quarterback with the Als and three years as a coach.

The 49-year-old from Los Angeles, a three-time league Most Outstanding Player who was inducted into the Canadian Football Hall of Fame in 2017, said his first stint as a coach in Montreal was challenging as the team had a combined 16-38 record.

“Coaching in the Canadian Football League didn’t go that well,” he told a teleconference. “I had to take a step back and kind of re-evaluate how I was coaching, how I was teaching and how my message was coming across.

“Most definitely the University of Montreal experience has made me the quarterback coach and coach that I am today.”

One of the first things Calvillo realized was he couldn’t expect young university quarterbacks to comprehend and perform at the same level as professional quarterbacks. That forced him to develop patience and improve his teaching skills.

“As a coach you’re really a teacher,” he said. “You’re trying to get the best out of our students. I really feel the last few years I’ve become a better teacher and a lot of it is because I’ve become a lot more patient.

“When I first got into coaching (I had) certain expectations from the athletes. I came to realize that those athletes were not me.”

Calvillo said as a young player he was immature and it took years for him to grow and develop.

“I had to realize as a coach, where is my athlete, where is he mentally?” he said. “How can I challenge him to get better week in and week out. I listened to them and then gave them advice from there.”

Calvillo also learned the importance of listening to a player’s questions before answering.

“Let me listen to what he’s actually saying, absorb it, so I could give him the proper information,” he said.

Calvillo credits Jacques Chapdelaine, a former CFL head coach and assistant coach, with reminding him that the players he is coaching don’t see the game with the same experience he would.

“You’ve got to see what they’re seeing, not what you saw in year 20,” said Calvillo. “The coaches that can see the game through their (player’s) eyes and elevate their games are the one who are going to have a lot of success.”

During his years with Montreal Calvillo led the Alouettes to eight Grey Cup appearances and three championships. He was named 2002 Grey Cup MVP.

Calvillo retired in 2013, then returned to the team in 2015, first as a receivers coach, then offensive coordinator and quarterbacks back. In 2018 he joined the Toronto Argonauts as quarterback coach.

The transition from player to coach wasn’t always smooth.

“I truly felt that I was ready to take on the challenges that were in front of me,” said Calvillo. “As the season went along, I started to realize there was a lot of details that I did not know as a coach, small techniques in the run game, all the rules of the protection game.” 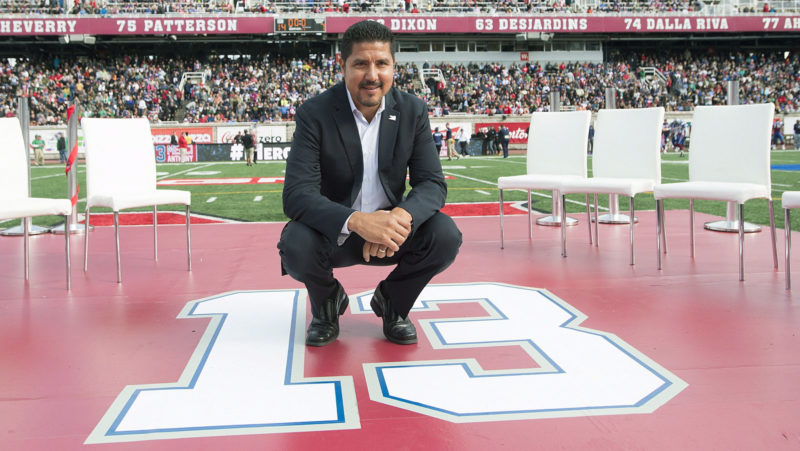 Calvillo joined the Carabins in 2019 as assistant head coach to Danny Maciocia, the Alouettes current general manager. He would also serve as offensive coordinator and quarterbacks coach. In Calvillo’s first year the Carabins reached the Vanier Cup.

Part of Calvillo’s role with the Alouettes will be to mentor quarterback Vernon Adams Jr.

Adams was a CFL East All-Star in 2019 when he threw for 3,942 yards and 24 touchdowns while leading Montreal to a 10-8 record and second place in the East. He played just eight games in 2021 due to injury, throwing for 1,949 yards, 14 touchdowns and nine interceptions.

Calvillo wants to spend time with Adams and head coach Khari Jones before talking about any adjustments to the quarterback’s game.

“I’ve got to go into the film room and watch each game and talk to Khari and the other coaches and say where are we at right now,” he said. “I think what’s important too is to get feedback from Vernon on how he sees his game, how he wants to improve,  and then we can collaborate on what’s going to be best for the organization.”

Returning to the Alouettes is like coming home for Calvillo. He’s spent longer in Montreal than any other place he’s lived. He’s become a Canadian citizen and learned to speak French.

“I do feel more comfortable speaking it,” he said. “I just have some challenges hearing all the words when it’s spoken to me. It’s a beautiful langue, something that we should all cherish.”

Calvillo also understands there will be speculation about him eventually becoming Montreal’s head coach.

“It just does not happen that easily,” he said. “There is a learning curve that you have to adjust to. This is my personal journey right now. I’ve been given an opportunity by Khari Jones and all I’m going to do right now is bring my knowledge to help our football team win.

“Down the road you never know what’s going to happen. I’m in no rush because I’ve still got a lot to learn.”