Staying in the ‘Peg: Jefferson inks one-year deal with Bombers 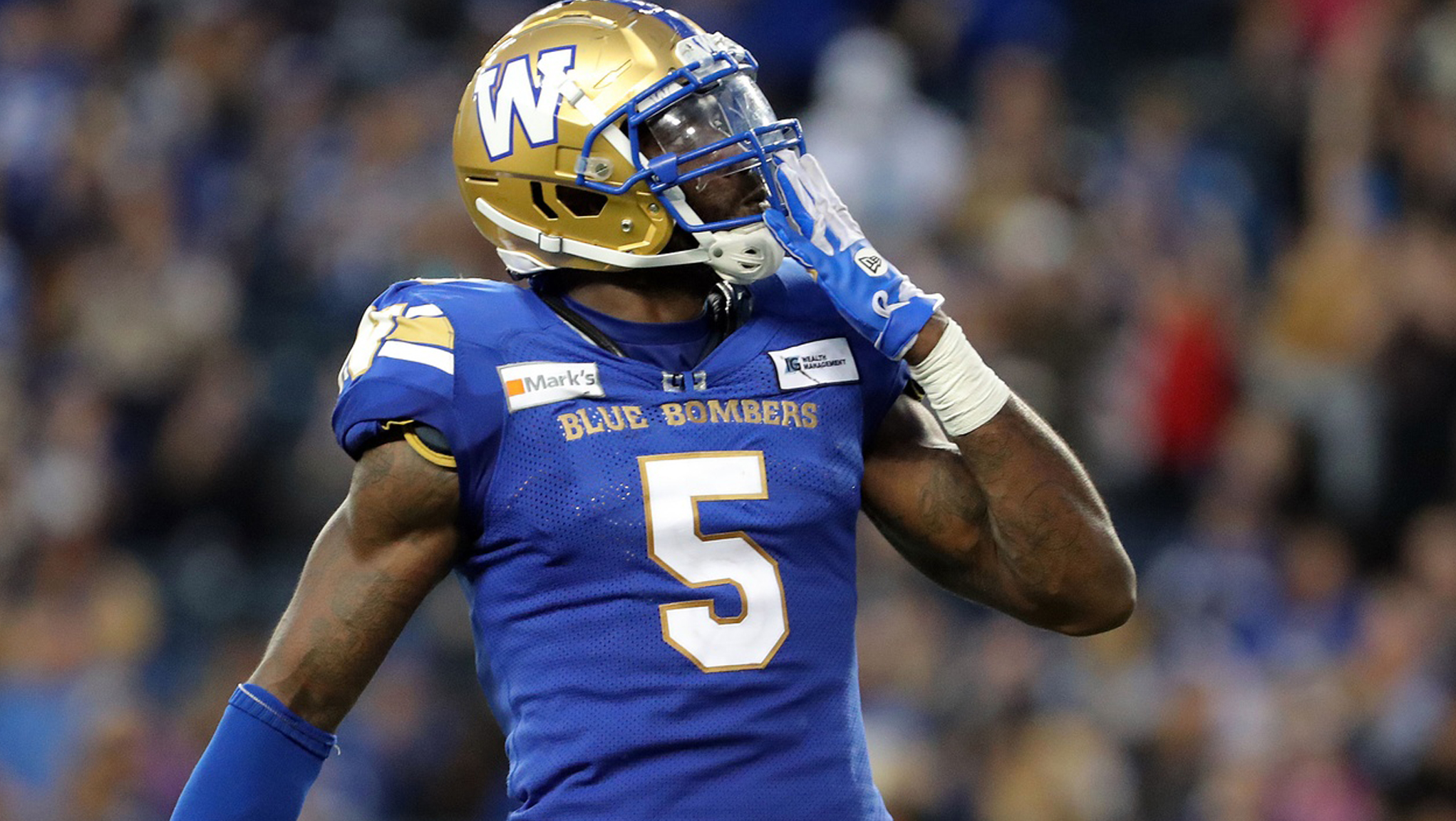 Staying in the ‘Peg: Jefferson inks one-year deal with Bombers

The Blue Bombers announced on Friday morning that the team has agreed to terms on a one-year contract with the All-Star American defensive end. Jefferson was set to become a free agent next month.

Jefferson returns to the Bombers after posting superb numbers in both 2019 and 2021 in helping the team capture back-to-back Grey Cup championships.

The 2022 season will be Jefferson’s third with the Bombers and eighth in the Canadian Football League.

The CFL’s Most Outstanding Defensive Player and a league All-Star in 2019 in his first year with the Bombers, Jefferson followed that up in 2021 with another berth on the CFL All-Star squad after recording seven quarterback sacks, 18 tackles, two interceptions – including one for a touchdown – and three forced fumbles as part of a historically-stingy defensive unit.

In his two years with the Bombers Jefferson has 19 sacks, three interceptions and nine forced fumbles in just 32 games. Jefferson also set a league record for defensive linemen in 2019 when he had 16 pass knockdowns.

Jefferson first came to the CFL with Edmonton in 2014 and after two years there then signed with the Saskatchewan Roughriders in 2016, spending the next three seasons there. He signed a two-year contract extension with the Bombers in February of 2020 and that deal was set to expire next month.

He has played in 108 regular-season games in his career with Winnipeg, Saskatchewan and Edmonton, recording 50 sacks while being named to the CFL All-Star team four times. He also now has three Grey Cup championships to his name, having won in 2021 and 2019 with the Blue Bombers and 2015 with Edmonton.