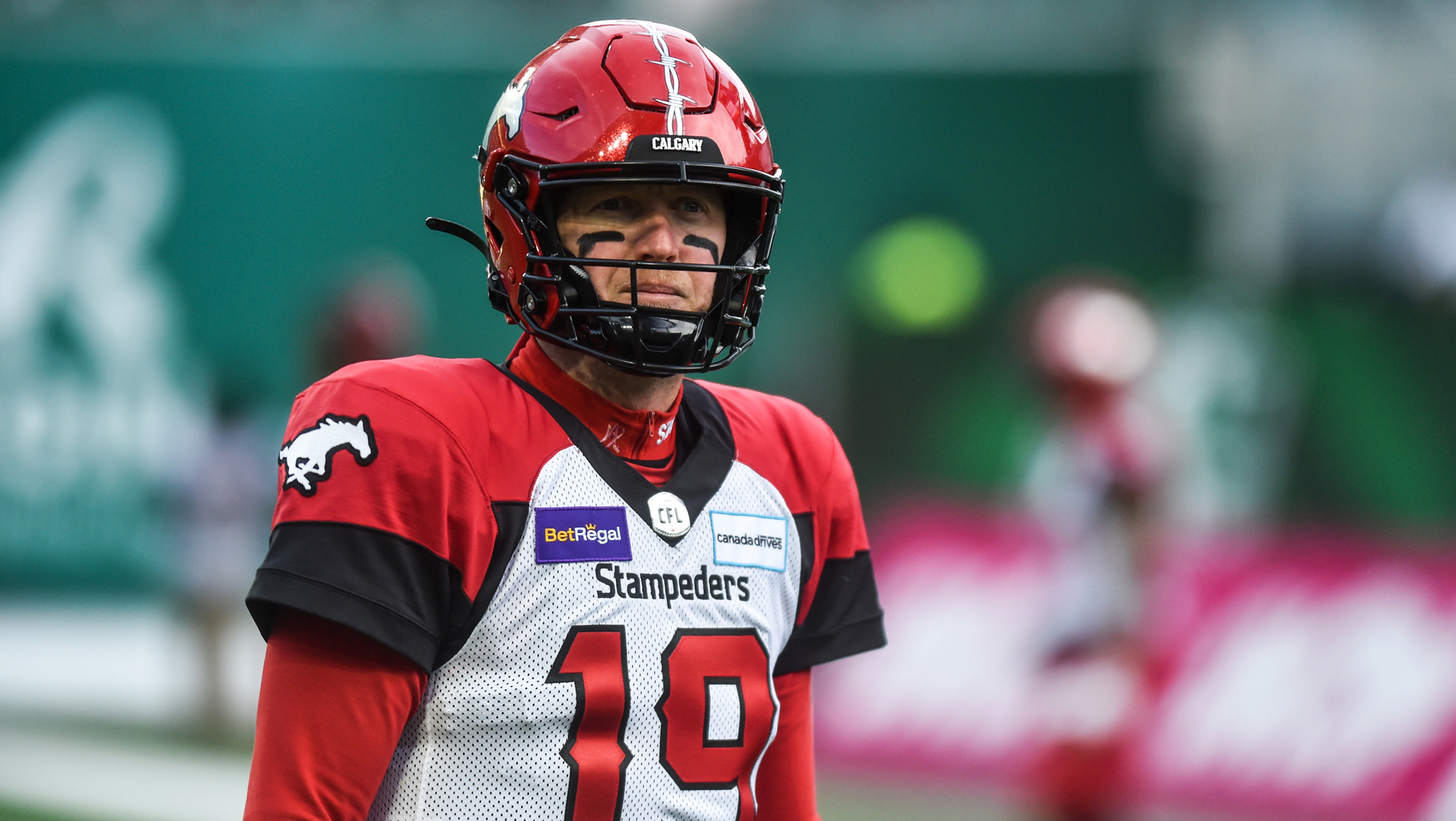 The quarterback situation for the Calgary Stampeders could have gone a few different directions this off-season. But, now that everything is settled for the 2022 campaign, the best-case scenario played out for everyone involved.

With Bo Levi Mitchell agreeing to a restructured contract late last week, the Stamps still have their incumbent two-time Most Outstanding Player in the fold, along with up-and-coming Jake Maier. This is without question the desired outcome for Calgary, but it’s also best for both quarterbacks in question.

For the Stampeders, this is a no-brainer. While Maier showed promising flashes in relief of Mitchell in 2021, we’re also talking about a guy with limited professional experience. Maier may very well be the quarterback of the future, but Calgary wants to be back in Grey Cup form this season. Going with an unproven pivot from the get-go would have been risky.

Instead, with both quarterbacks under contract, the Stamps have options. Even though he’s had his struggles the last two seasons, I still think a healthy Mitchell can perform at an elite level. It’s not crazy to think that could happen this year, and Calgary would be elated if so. Mentoring under a top-form Mitchell would be only beneficial for Maier, too.

But maybe that doesn’t happen for Mitchell, who’s entering the final year of his contract. Having a solid alternate option like Maier is huge in this league, as the Hamilton Tiger-Cats have shown us the last two seasons. The same is true if the injury bug hits the Stamps at any point.

This is best case for Mitchell, too. Yes, he could have explored other CFL options and would have found plenty of interested suitors. But is there a better spot for him than Calgary? Mitchell is smart and thus wasn’t naïve to altered league circumstances. And, knowing how well he and head coach Dave Dickenson work together, the football fit is as good as it gets, too.

“With the changing environment in the CFL over the past few years due to many circumstances, I understand that to have a winning team it’s in my best interest to restructure my contract to allow us to re-sign Maier, as well as other players,” said Mitchell. “My driving force still is, and always will be, to be the best quarterback for the Calgary Stampeders.”

This isn’t a bad outcome for Maier, either. Working under an established veteran like Mitchell for another year will be big. And, if/when he gets the call in 2022, Maier will be that much more ready to build on his solid rookie campaign.

While there was a little intrigue as to what might happen with Calgary’s quarterback situation, it seemed clear having Maier and Mitchell in red and white for another year was best for everyone involved. That’s exactly what we’re going to see.

If the Winnipeg Blue Bombers are indeed loading up for a run at a third consecutive Grey Cup, they’re doing a pretty good job. With a significant number of core players from the last two seasons in need of new contracts, general manager Kyle Walters has been checking items off the to-do list methodically since turning his focus to 2022. 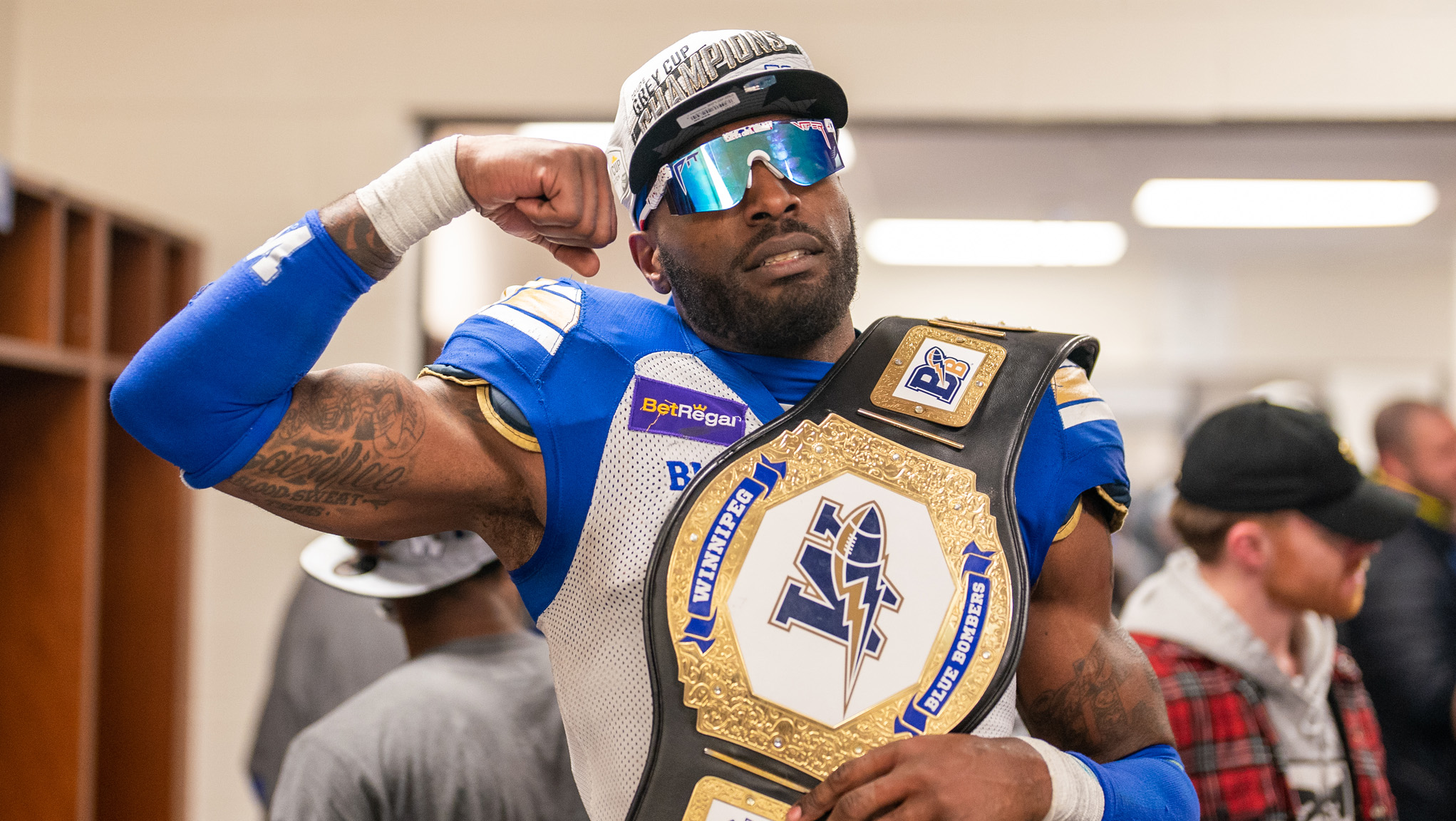 Winnipeg has already brought back three starters on their defensive line, starting with the return of Canadian nose tackle Jake Thomas on Wednesday. Two days later, the Bombers reupped with both Willie Jefferson and Jackson Jeffcoat, keeping one of the best defensive end duos in league history together. That’s 20 combined sacks right there.

With all three of Jefferson, Jeffcoat, and Thomas 31 years old or younger, there’s nothing to suggest Winnipeg’s dominant defensive line is set to slow down. Knowing that more than half of the team’s 39 sacks in 2021 came from this trio, bringing all three back was an easy call.

Walters and the Blue Bombers weren’t done there, though. Completing the news cycle on Friday was Winnipeg sigining right tackle Jermarcus Hardrick to an extension. The two-time West Division All-Star and 2021 CFL All-Star was a key part of an offensive line that allowed a league-best 16 sacks last year. The Bombers also averaged almost 120 rushing yards per game, the second highest total in the league.

Now, the job is just getting started in Winnipeg. Stanley Bryant, Hardrick’s All-Star counterpart at left tackle, needs a new deal. As does defending Most Outstanding Player Zach Collaros. Other offensive stars Andrew Harris, Kenny Lawler, Darvin Adams, and Rasheed Bailey, among others, are free agents, too. Finally, Adam Bighill, the reigning Most Outstanding Defensive Player, is without a contract.

Here’s the thing, though: it feels like there’s a strong chance the Bombers end up retaining a large portion of this list. Walters and head coach Mike O’Shea have built, and now cemented, a winning culture that players want to be a part of. Winnipeg is the CFL’s benchmark franchise, and it’s the type of place that can get players to take less to stay.

In a salary cap world, it’s impossible to keep everyone. The Blue Bombers will likely have to say goodbye to a few really good players, because that’s the cost of winning. But it sure feels like Winnipeg is far down the road of bringing back this core for at least one more title run.