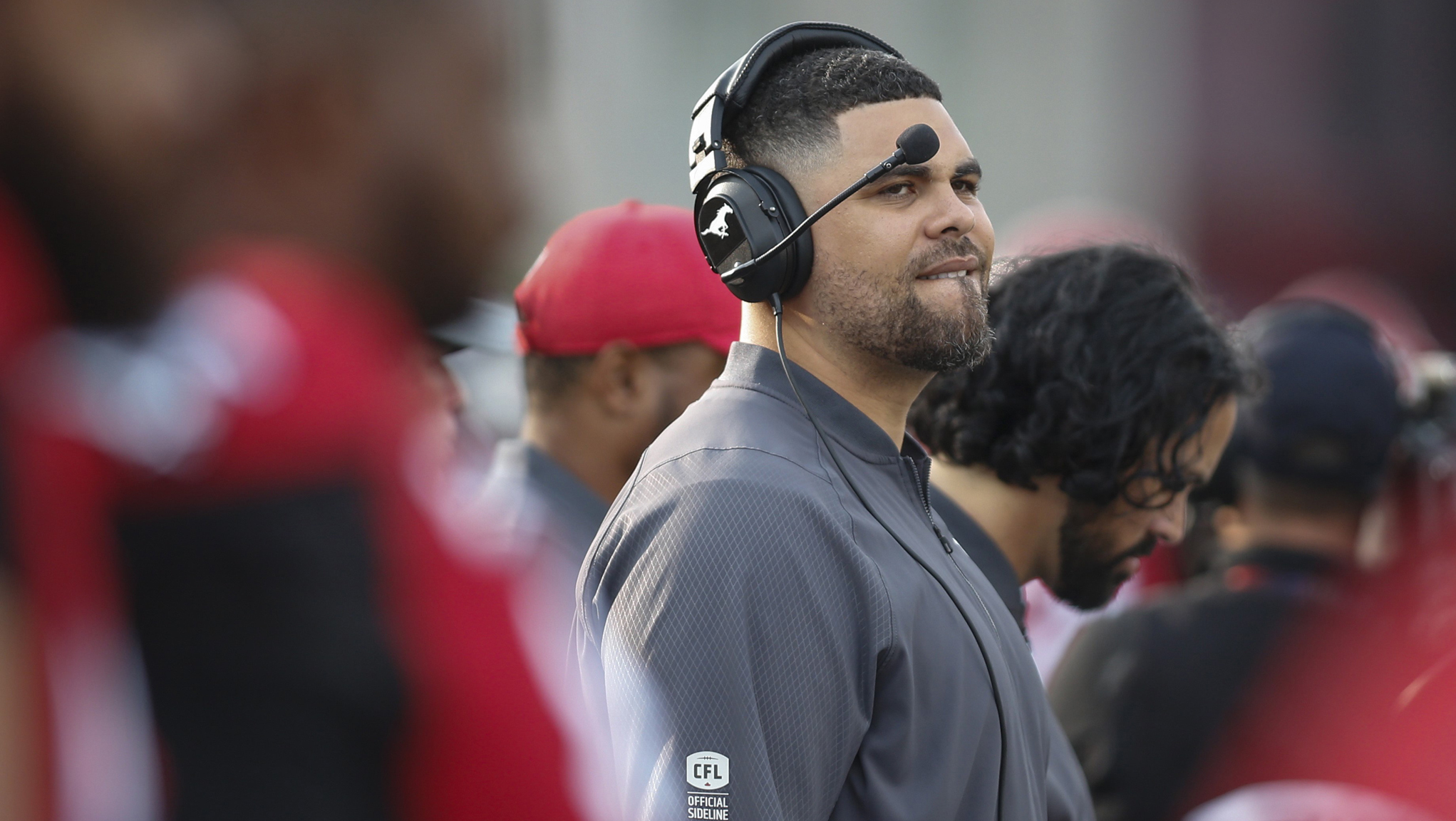 When Chris Jones announced he was leaving the Toronto Argonauts to take over as the head coach/general manager in Edmonton, Argos head coach Ryan Dinwiddie had one name in mind as a replacement.

“I was waiting to see what Chris was doing,” Dinwiddie told Argonauts.ca. “We were being respectful and giving him his time. Once we found out he was moving on, Corey was the first guy I thought of. He’s a great coach and is ready for this opportunity and deserves this opportunity.”

That Corey is Corey Mace. The longtime defensive lineman who spent the last six seasons as Calgary’s defensive line coach is the Argos’ new defensive coordinator. Dinwiddie, a former quarterback, had Mace as his primary target and was able to come up with the completion.

Mace wasn’t shocked when he received the call from Dinwiddie, with whom he had coached in Calgary. 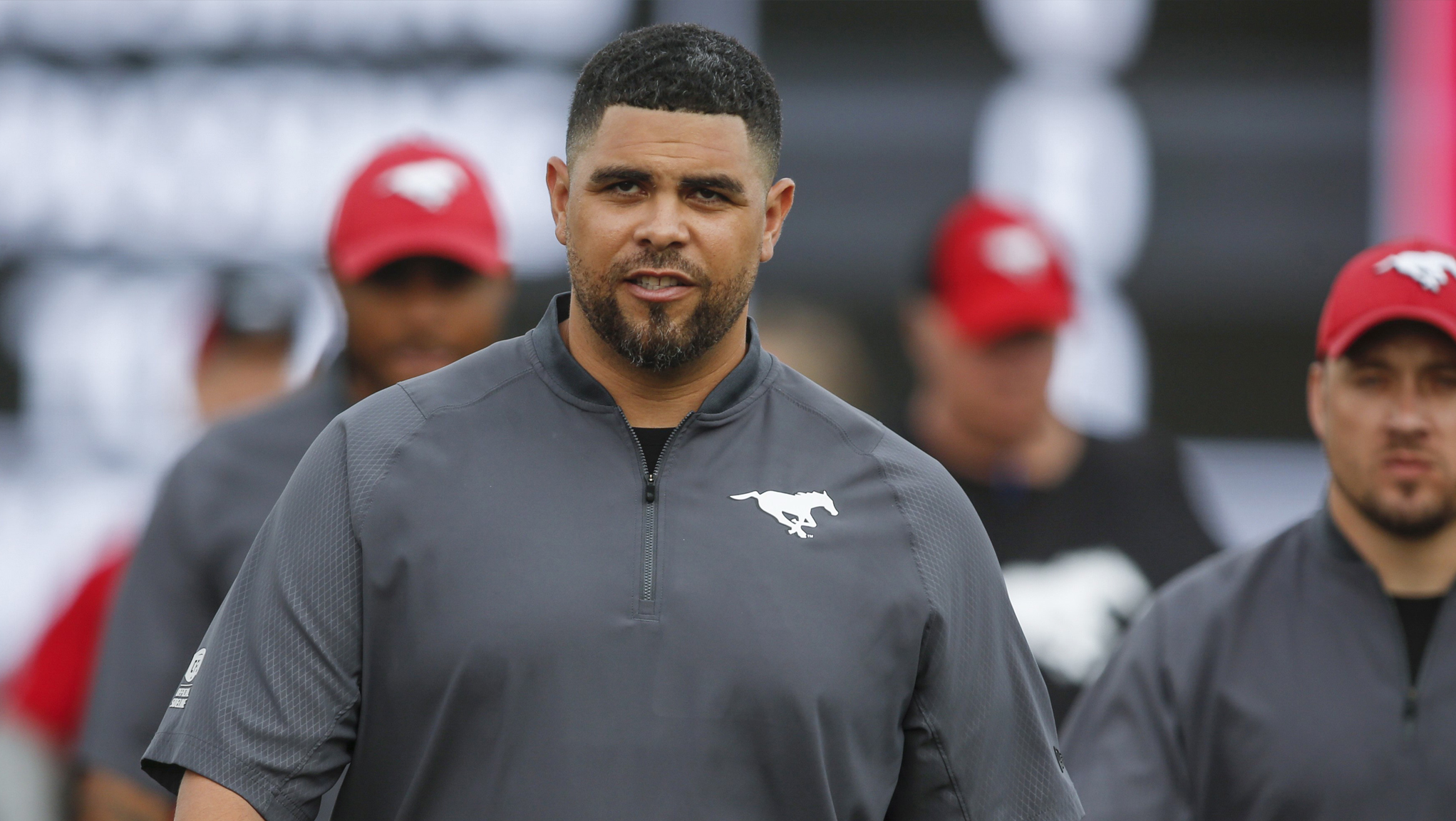 After five seasons as a d-line coach in Calgary, Corey Mace will make the move to defensive coordinator in Toronto, joining head coach Ryan Dinwiddie with the Argos (The Canadian Press)

“I wouldn’t say I was totally surprised,” Mace told Argonauts.ca. “Working with Ryan in Calgary, we had discussed goals and plans for the future. He was well aware of the things that were on my to-do list as far as goals are concerned. I was extremely grateful that he kept that in mind and thought of me when he needed somebody.”

While Mace was his first choice, he wasn’t the only person the Argo head coach spoke with. Every coach is all about preparation, so Dinwiddie had to be ready in case the answer was no.

“There were about five guys I talked to,” Dinwiddie confessed. “I didn’t really get into interviews with anybody until I got a chance to talk to Corey. Once I talked to Corey it was pretty easy. It was really his job to have and he chose to make the move to Toronto with his family which showed me a lot.”

The Port Moody, BC native is excited about the move to Toronto with his wife and two-and-a-half-year-old daughter. It’s not his first time with the Argos though, but it would be fair to say his previous stint wasn’t memorable. His playing rights were acquired in a 2009 deal with Hamilton that sent receiver Arland Bruce III to the Ticats. Mace never played a game in Double Blue as he was still a member of the Buffalo Bills when the trade was made.

In 2010 he was dealt to Calgary in exchange for linebacker Tristan Black. Soon after that deal was made, Mace headed north and it would be a move that would begin a 12-year relationship between the Stamps and the defensive tackle turned coach.

Argonauts.ca jokingly asked Mace if he was planning to report to Toronto this time around.

“No doubt. I’m certainly reporting this time,” he said with a laugh. “It is kind of funny how it does go full circle. I always thought about the what ifs, if I had actually ended up there as a player. But I am one of those believers that things are meant to happen the way they’re meant to happen.”

After five seasons on the field and a sixth on the injured list, Mace retired as a player and immediately joined the Stampeders’ staff as their defensive line coach. He had great success with the Red and White, culminating in a Grey Cup win in 2018, giving him one ring as a player and one as a coach.

It was in that capacity that Mace first met a man who was added to the Stamps’ staff in 2016 as the quarterbacks coach. Mace and Dinwiddie would spend four years together on the Calgary staff and are now reunited in Toronto.

The newly crowned defensive coordinator has looked at the players he has to work with and likes what he sees. Some two dozen players are back on his side of the ball, including 13 players that started multiple games for the Argos in ’21, with the possibility of even more primary starters coming back.

While Mace is officially in the fold, there were other departures, as Jones hired Jarious Jackson, Stephen McAdoo and Markus Howell to join him in Edmonton. That left the Argos in a talent search, though according to Dinwiddie, it looks like he’s close to finalizing things with a trio of new additions.

“Right now, we’re in the process of getting the (contract) numbers agreed on. We’re pretty good there. I had a good feeling all three guys were good to go. I’m pretty excited about our new staff, I think it’s going to be a good group.”

With Mace in place, Dinwiddie is off to a solid start.