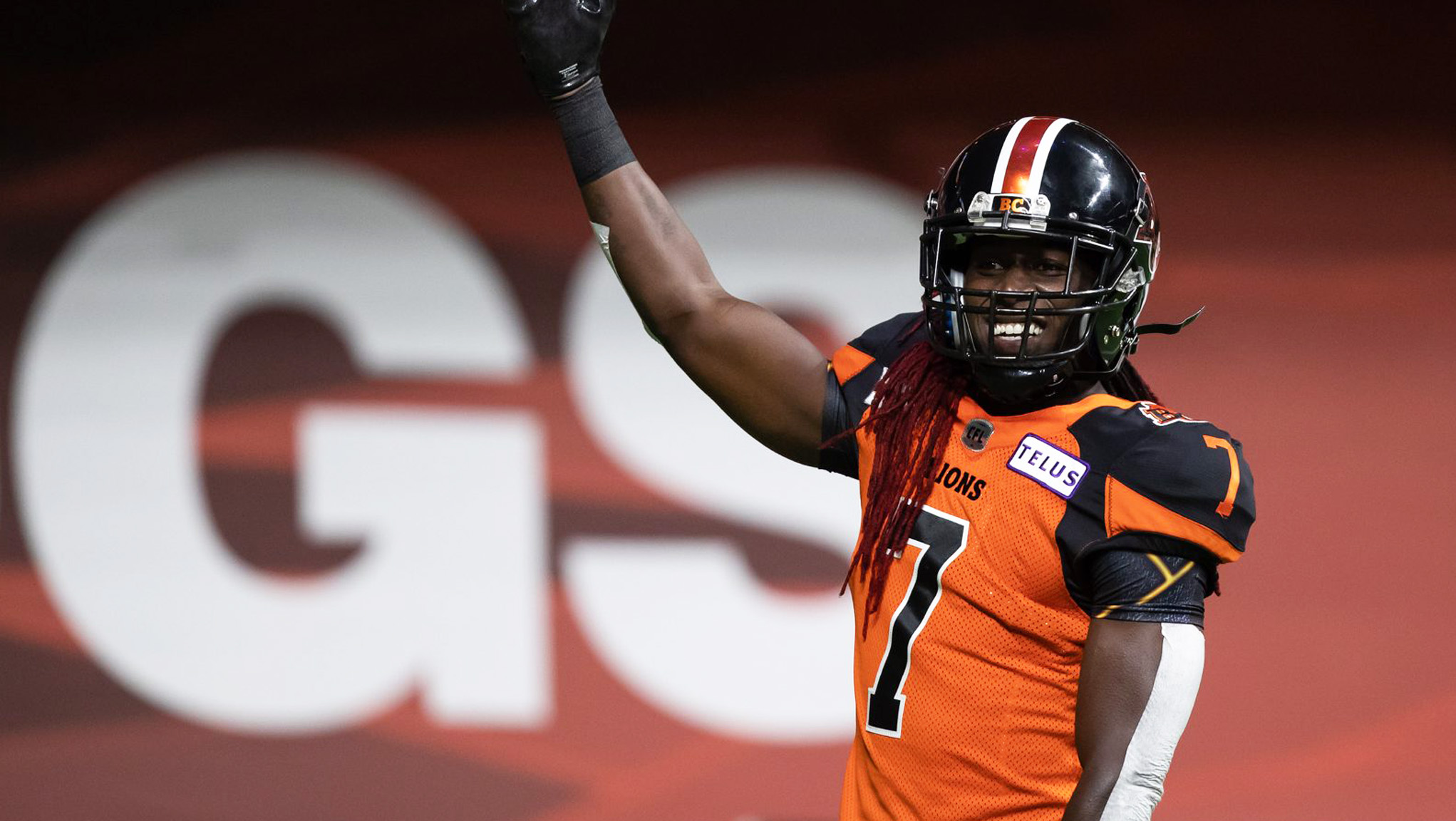 After playing a large role in what went right for the BC Lions last season Lucky Whitehead wants to take on an even bigger workload in 2022.

“I’m ready for the workload,” Whitehead said during a video conference on Monday. “I enjoy special teams. It’s somewhere you can make an exciting play, change the game, and that’s the kind of player I am.

“I didn’t get as many returns as I would have liked in 2021, but I definitely plan on doing a lot more.”

RELATED
» Bio: Lucky Whitehead by the numbers
» Lions sign Whitehead through 2023
» High Priority: Nine players that need to be re-signed

The Lions and Whitehead have agreed on a contract extension that will keep the 29-year-old with the team through the 2023 season. Whitehead was eligible to become a free agent Feb. 8 but his decision to re-sign was made easier because of a great relationship with his teammates and coaching staff, especially receivers coach Jason Tucker.

“I love playing in that dome,” he said. “I’m just glad we were able to come to an agreement and numbers are right for everybody. They showed their interest and their love for me.

“I’m looking forward to picking up where I left off and for us to just do better.”

Signed as a free agent last February, the diminutive Whitehead had a giant impact with the Lions, making 60 catches for 932 yards, fifth best in the CFL, and five touchdowns. He also led the team with 1,212 combined yards.

Whitehead’s special teams highlights included 119-yard touchdown off a missed field goal in a win over Ottawa in Week 6 and a 79-yard punt return for a major in the regular season finale on November 19.

He returned just 12 punts and one kickoff last year. It’s an aspect of the game he wants to expand.

“I want to do more punt returns in the future,” Whitehead said. “When I’m back there I’m looking to score so I’m trying to change the game.”

At five-foot-10 and 177 pounds Whitehead is a small target but proved elusive once catching the ball. He led the CFL with 447 yards after the catch, his 15.5 yards per reception was second only to Winnipeg’s Kenny Lawler, and he had four games of 100 or more receiving yards.

Twice named a CFL Top Performer of the Month, Whitehead was the Lions’ nominee for Most Outstanding Player and was voted a CFL and West Division All-Star.

His play on the field, and approachable manner off, quickly made him a fan favourite.

“I love seeing all the No. 7 jerseys in the stands,” he said. “I don’t think a lot of people really knew about me. I’m looking forward to the season coming up and think I’m going to be a lot better than I was last year.”

Whitehead said he’s grown as a player since breaking into the CFL in 2019 with the Winnipeg Blue Bombers. In 15 games that year he had 52 catches for 521 yards and two touchdowns, one rushing touchdown, and one kickoff return for a score but was injured during the Bombers’ playoff run.

“The game has slowed down a lot for me,” he said. “I understand the field is wider and longer.

“I’m just able to play at a better pace. I understand the game more. I played a lot smarter this year than I have in previous years.”

One of his frustrations in 2021 was a broken had that sidelined him for three games.

“It was definitely a blow,” said Whitehead. “I was on the right track and pace to hit numbers that I expected to hit.

“Like I said, I’ll play a lot smarter so I can avoid those hits and those injuries. It was unfortunate but I’m looking forward to the next season to do a lot more than I did in 2021.”

Whitehead raised some eyebrows when he attended Winnipeg’s Western Final win over the Saskatchewan Roughriders. He sat in the stands, posed for photos with fans and cheered for the Bombers throughout the game.

“I had a great relationship with a lot of those guys that are in Winnipeg,” he said. “I was going to go to the game and enjoy myself. That’s what I did, and it was a good time.”

Whitehead credited Lions quarterback Michael Reilly for much of his success last year.

“Michael was definitely my guy,” he said. “He definitely got my career back on track.”

There has been speculation Reilly, who turns 37 later this month, might not return to the Lions. Whitehead hasn’t spoken with Reilly about his plans but is confident backup Nathan Rourke could step into the starting role.

“Nate’s a workhorse and he understands the game,” Whitehead said. “Being a rookie there was a lot going on (last year) but I think he settled in as the season went on.

“I got plenty of reps with him in training camp in 2021. I’m looking forward to more reps. I think he’ll be fine and I’m very confident in his progression.”

Despite missing the playoffs with a 5-9 record Whitehead saw many positives with the Lions. Four of BC’s losses were by a touchdown or less.

“There were a lot of close game that could have easily gone our way,” he said. “That record easily could have been flipped. We were always in the game.

“Hopefully we get those extra pieces, and we can win those close games at the end of the season.”