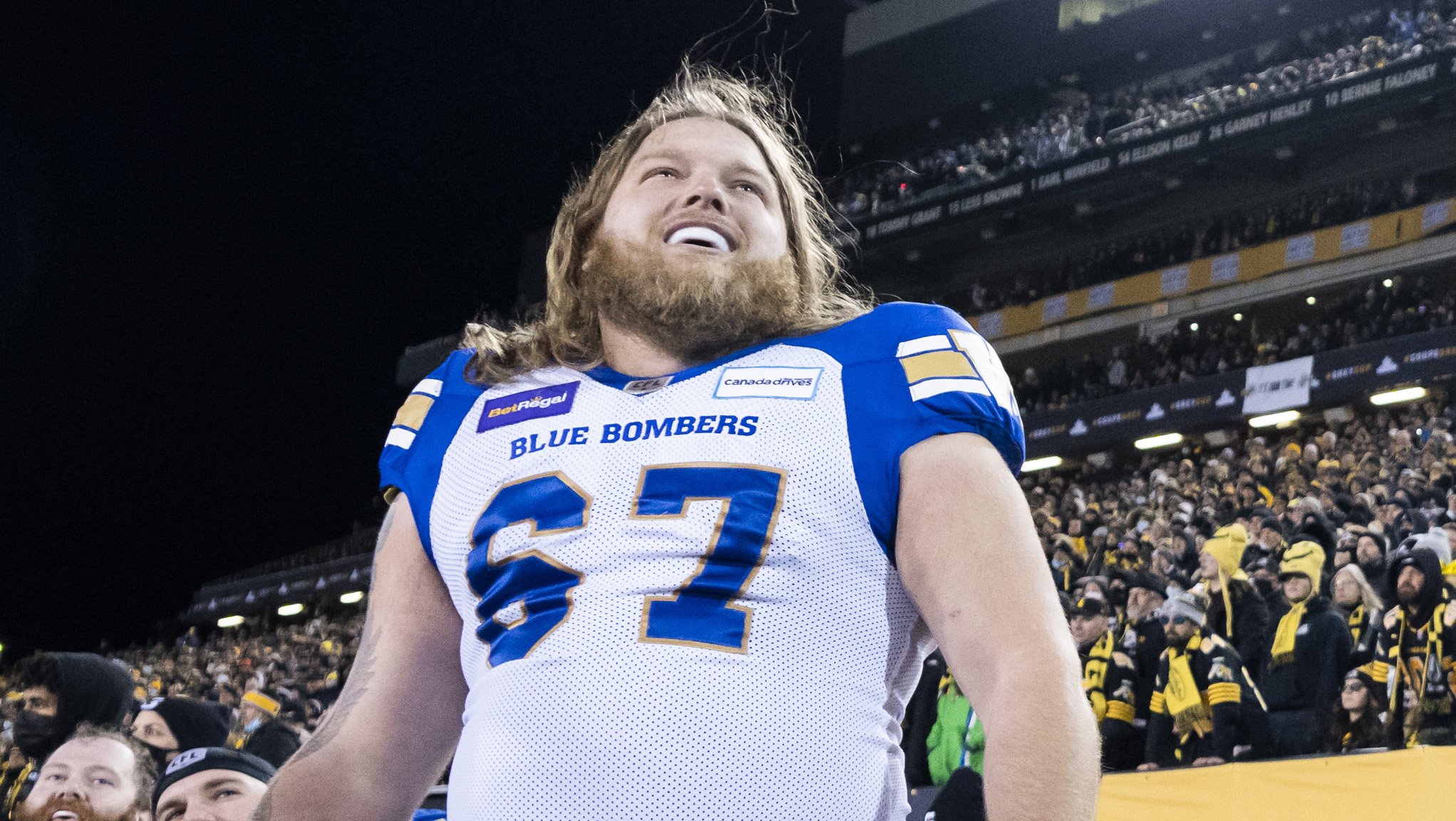 WINNIPEG — The Winnipeg Blue Bombers have agreed to terms on a two-year contract extension with Canadian offensive lineman Chris Kolankowski, the team announced on Wednesday.

Kolankowski (6-1, 305; York University; born: February 7, 1992 in Etobicoke, ON) returns to the Blue Bombers for a second season after first signing with the club in February of 2020.

Kolankowski spent most of 2021 on the practice roster, but did dress for two regular-season games at the end of the year in Montreal and Calgary and then suited up for the 108th Grey Cup win in Hamilton.

Originally selected by the Toronto Argonauts in the sixth round, 49th overall, of the 2016 CFL Draft, Kolankowski provides important depth on the interior of the club’s offensive line.

After returning to York University in his draft year, Kolankowski made his CFL debut with the Argos in 2017 and dressed for six regular-season games and two playoff games, including Toronto’s victory in the 105th Grey Cup. He appeared in 16 games for Toronto in 2018 before signing with Winnipeg