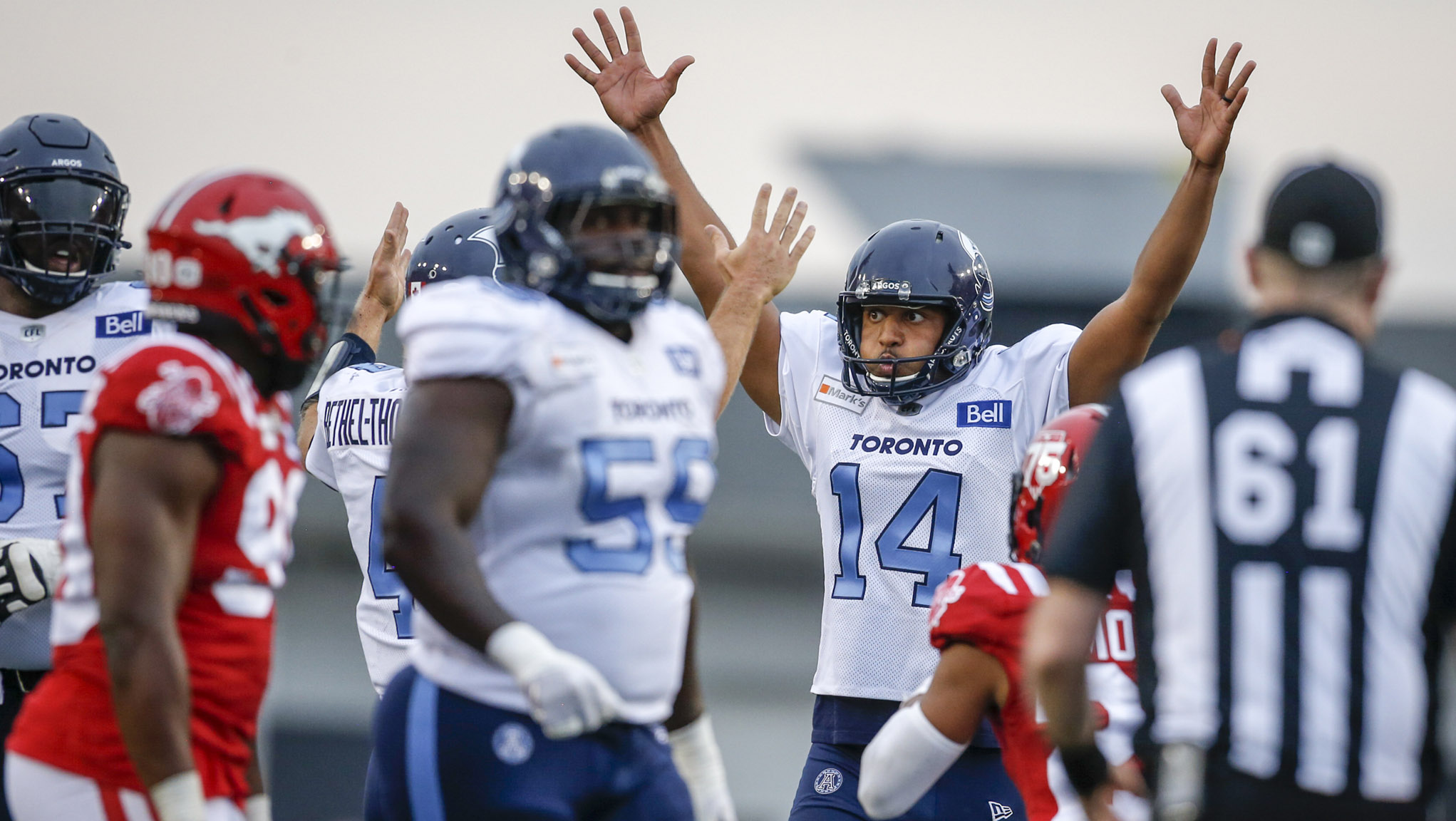 We’re officially a month into the CFL off-season, but the last week may prove to be a significant one for the Montreal Alouettes.

Head coach Khari Jones heads into the new year having made some significant changes to his coaching staff. He added legendary Alouette Anthony Calvillo on Jan. 6 as the team’s quarterbacks coach and on Jan. 7, made veteran coach Jeff Reinebold the Als’ special teams coordinator.

Reinebold’s arrival in Montreal is especially intriguing. A special teams guru that spent seven of the past eight seasons with the Ticats, he saw two of his returners — Brandon Banks and Frankie Williams — named Most Outstanding Special Teams Player at the CFL Awards. Some free agency pieces still need to fall into place with the Als, but my first thought on the news of Reinebold’s hire was what he might be able to do with Mario Alford.

Injuries held the burgeoning star returner to just five games in 2021, but the 29-year-old managed to find the end zone in one of those games, which go with two punt return TDs that he had in just three games in 2019. There are a lot of ifs in this equation — Alford would have to sign a new deal with the team and would need to stay healthy for the season — but the idea of Reinebold working with another return man that’s a threat every time he catches the ball is a fascinating one. Reinebold’s work with the Ticats serves as proof of the impact special teams can have on a game. They were difference makers, especially in 2021 when the Ticats had to use all three of their QBs as they worked their way through injuries.

We’ve seen it in glimpses with Alford over the last two seasons in Montreal. If Reinebold can find consistency with that group (keep in mind that Frankie Williams is also a pending free agent), it could be what lifts the Als higher in the East Division.

As the transactions start to pile up and free agency nears, here are a few other off-season thoughts that are on my mind. 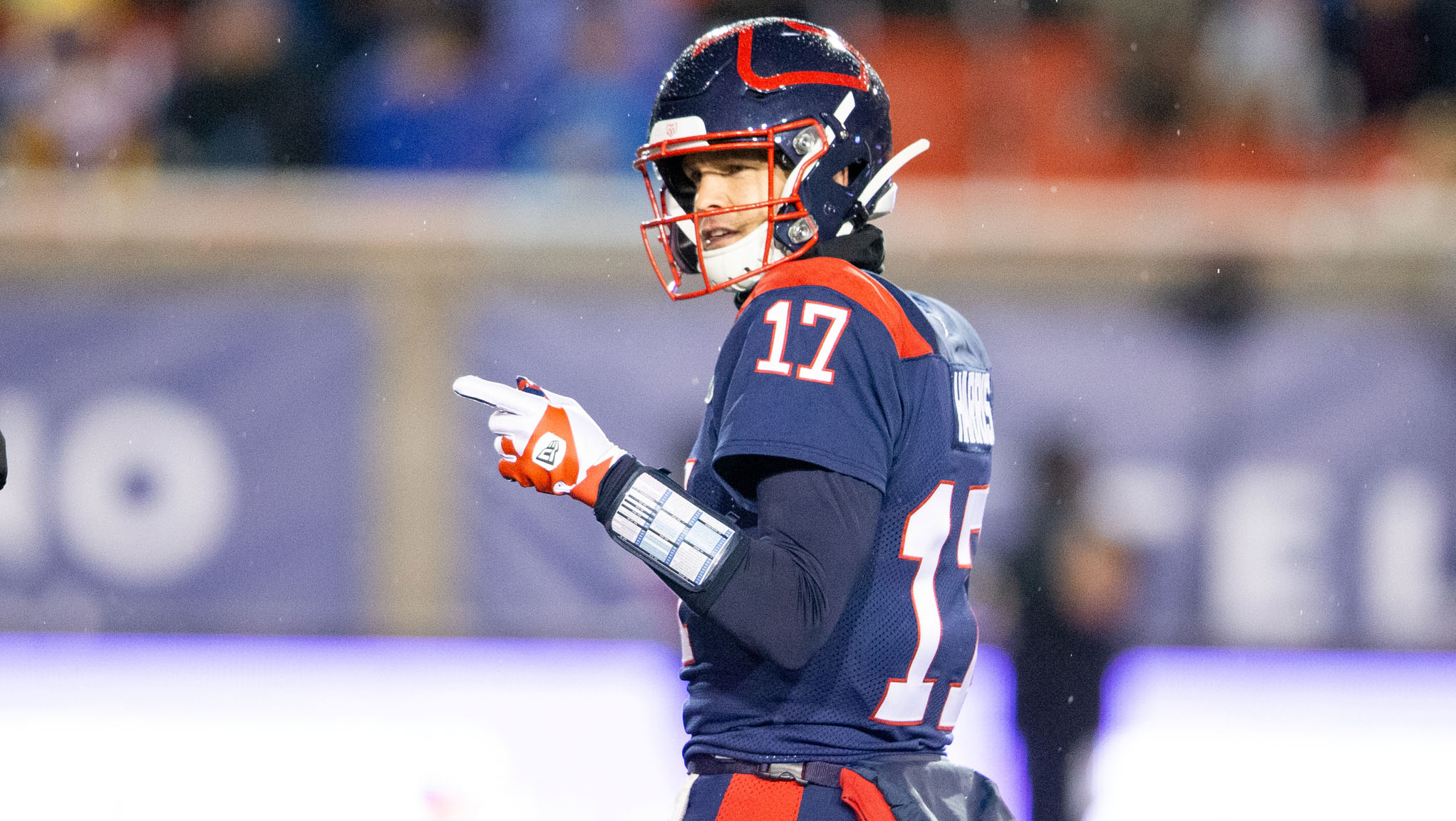 Trevor Harris had a whirlwind 2021 season, joining the Alouettes in October. Now a free agent, he’ll have options in front of him this winter (Dominick Gravel/MontrealAlouettes.com)

What’s next for Trevor Harris?

Trevor Harris may have thought he’d seen it all in his nine-year CFL career. He played the part of patient backup, finally got the starting job in 2017 with the REDBLACKS and established himself as one of the top QBs in the game through those years and through a 2019 free agency move to Edmonton. Then the wheels fell off in E-town in 2021, where the Elks were winless at Commonwealth Stadium, missed the playoffs and dealt Harris to Montreal when the season began to slip away.

As expected, the Als re-upped their main QB, Vernon Adams Jr. and released Harris before the holidays. While there’s no way he could have expected at the start of the season to have his exit interview take place in Montreal, Harris should have some options in front of him. The top two might be the most familiar ones for him. The REDBLACKS have been looking for a starting quarterback since Harris left as a free agent in 2019. While it might seem strange to think of Harris getting another look from the Elks team that traded him in October, keep in mind that there’s been an entire, top-to-bottom regime change in Edmonton. Would Chris Jones have an interest in Harris? Would Shawn Burke and head coach Paul LaPolice give it some thought in Ottawa? Could there be something else in play for him? It’ll be an interesting month for Harris, with the free agency market opening on Feb. 8.

Jones has been working diligently, putting his stamp on the old team with the new name that he won a Grey Cup with in 2015. He’s already started bringing in some of his guys, like offensive coordinator Stephen McAdoo and Jarious Jackson as the pass game coordinator and running backs coach. What he does at quarterback will be interesting, as Nick Arbuckle was signed by former GM Brock Sunderland. Whether Jones sees Arbuckle as his starter or is envisioning a training camp battle with a vet (Trevor Harris’ name fits in this scenario, doesn’t it?), or has an entirely different idea in mind, it feels like just about anything could happen for this team over the next few weeks and months. 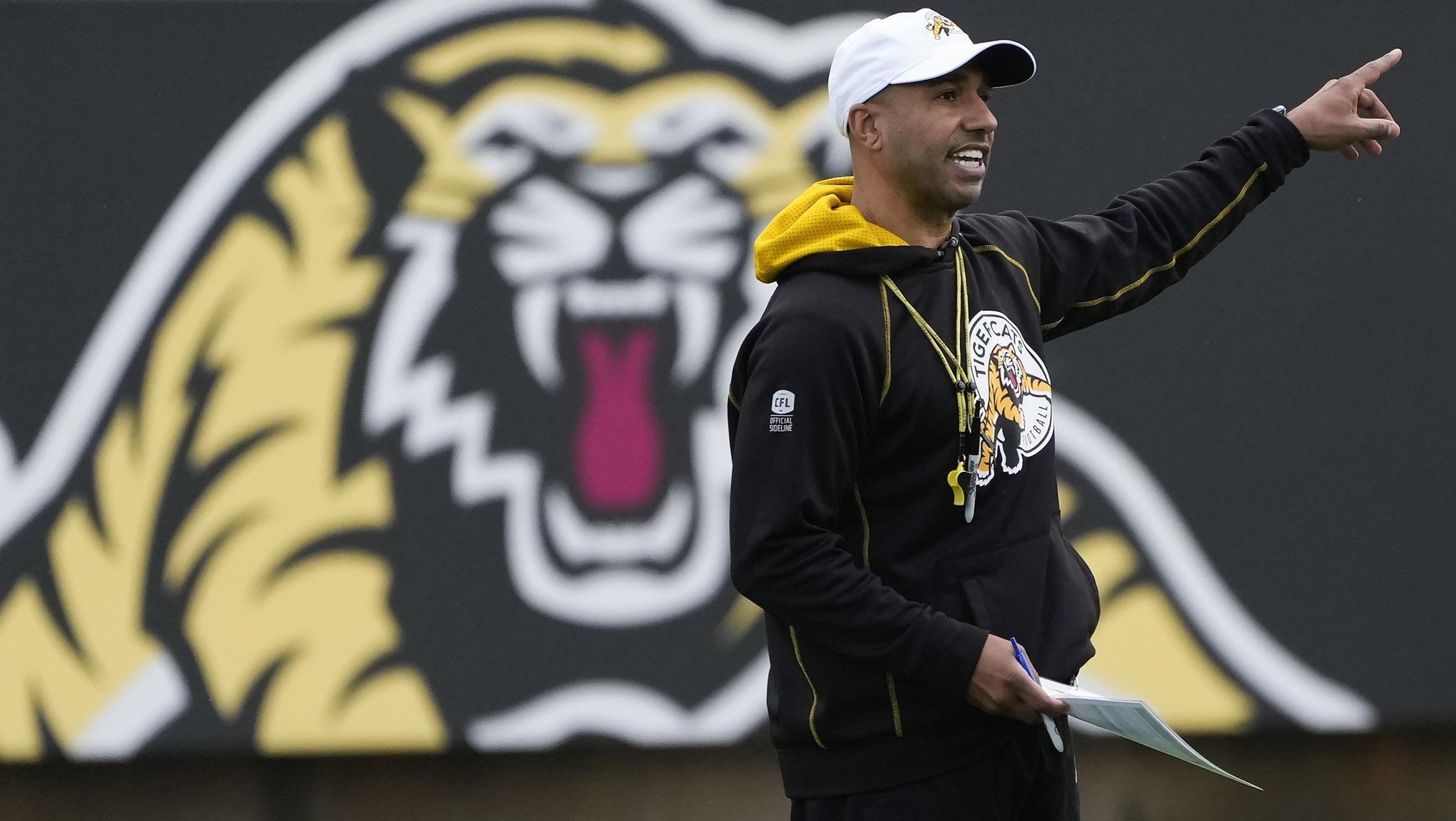 Orlondo Steinauer added president of football operations to his job title in December and will work with a reshaped, talent-heavy front office this year (Photo: The Canadian Press)

The Ticats have put their heartbreaking Grey Cup loss behind them and are looking to the future with a restructured front office after Burke made the move to Ottawa.

There’s no question about the talent in Hamilton’s front office. We just have to see how it will work. On one hand, you could look at this structure and see four people capable of working as a GM on their own. The Ticats have had tremendous success with Burke and Allemang sharing GM duties through the last three years and it could be the template for this foursome to follow. As the group comes together to work through free agency, we’ll start to see how it goes. Their first big test will be determining what to do at quarterback, with both Dane Evans and Jeremiah Masoli as pending free agents, with only one of them likely to stay on board.

A good guy that deserves a good season

As we watched him pull in touchdowns from an array of quarterbacks over the second half of the 2021 season, I was happy for Kenny Stafford but also wanted a little more for him. He was a training camp cut in Edmonton, with former head coach Jaime Elizondo citing a cultural fit as the reason for his release, something that Stafford vehemently objected to.

Stafford signed with the REDBLACKS in August and played well, with 17 receptions for 242 yards and three TDs. While it was great to see him get on the field, the REDBLACKS’ fate was all but sealed when he signed with the team. I kept thinking as the season wound down that he clearly had something to offer teams and it was a shame that he wasn’t offering it to a contender. Still just 31, it’d be nice to see Stafford get a chance to lift the second Grey Cup of his career.