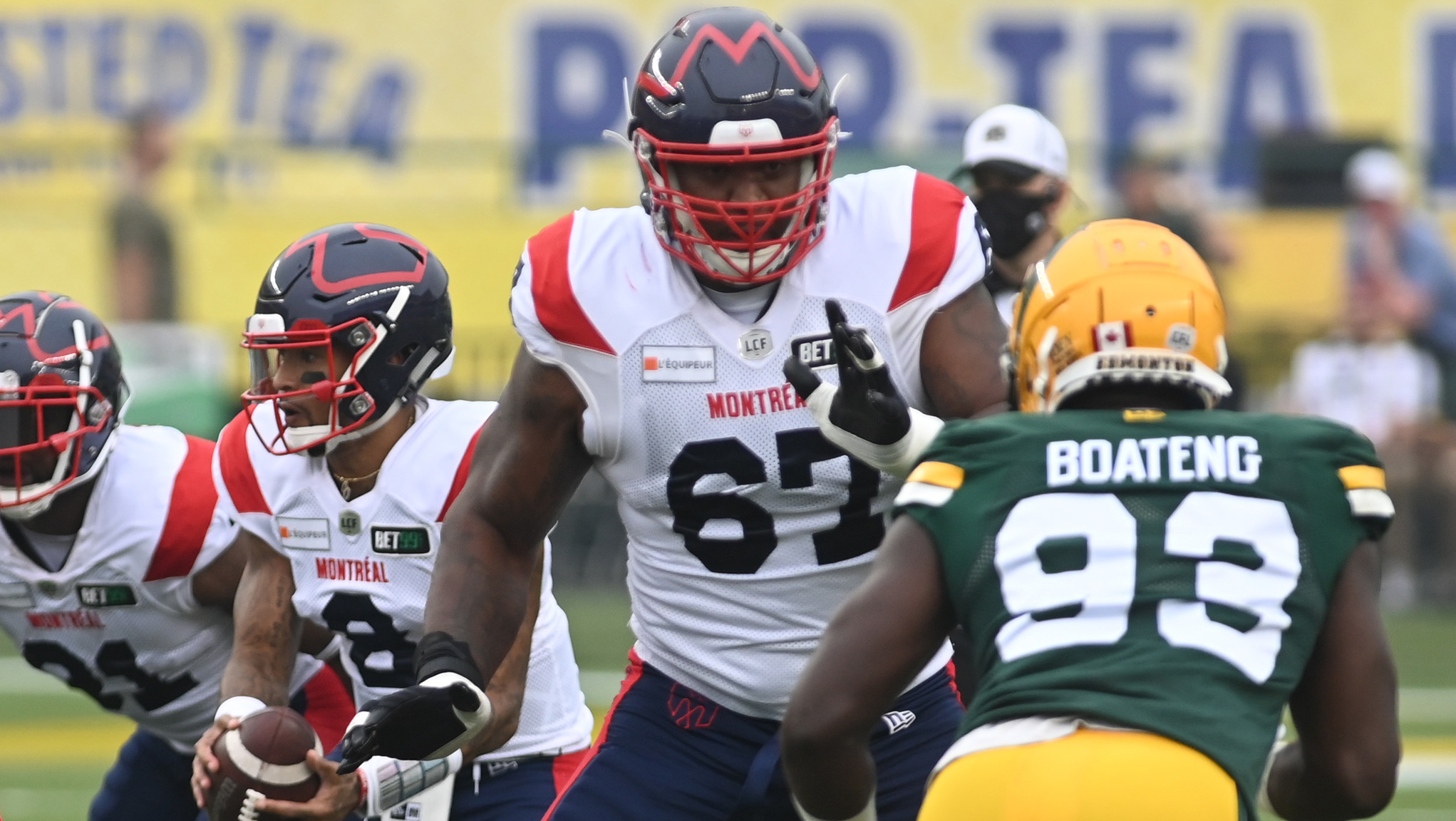 Washington was set to hit free agency next month, but has agreed to a one-year deal with the Elks, while Jackson was already under contract for the 2022 season.

The trade is the latest move during what’s been a busy off-season for the Elks under new general manager and head coach Chris Jones continued. 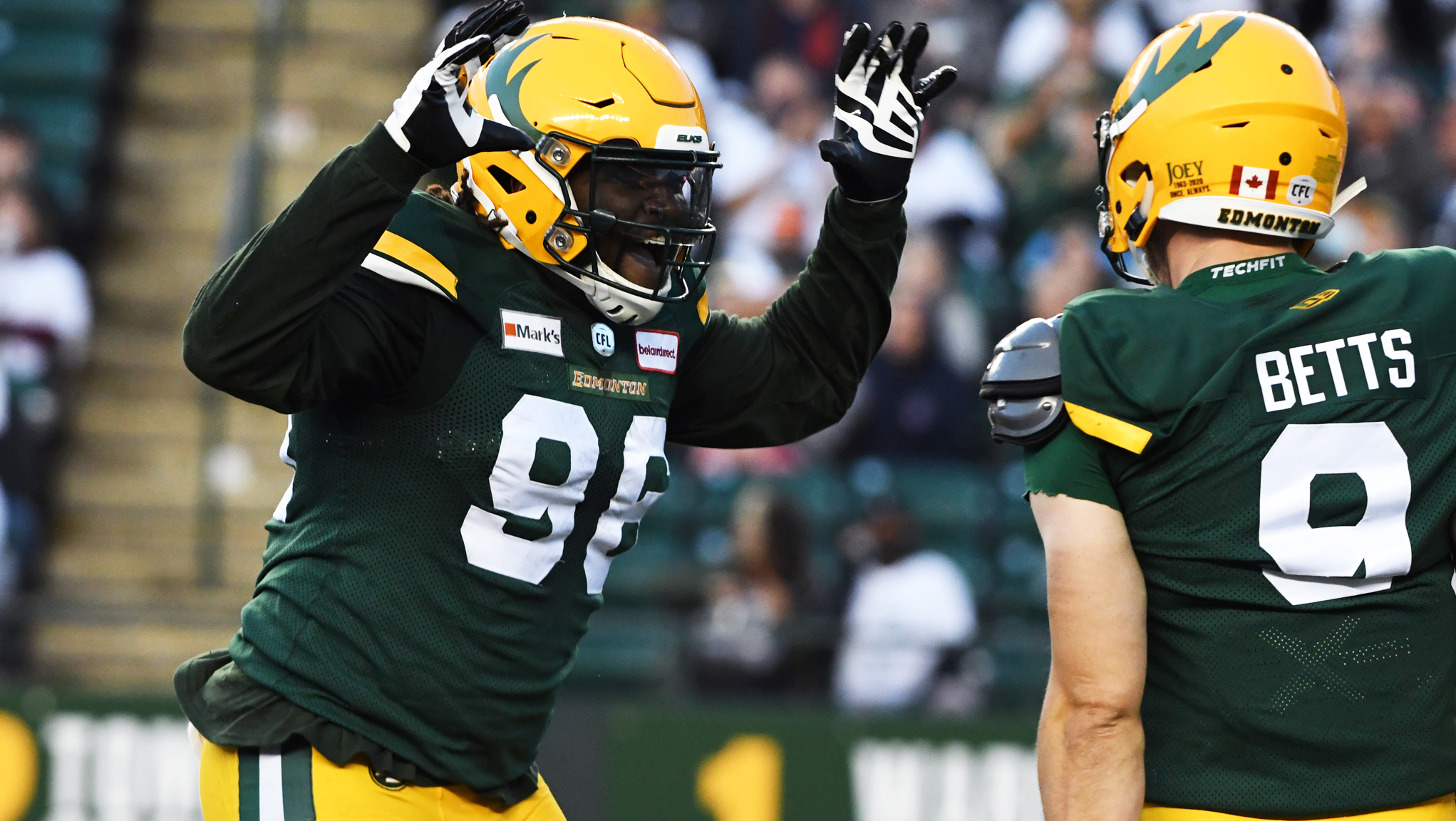 Friday’s deal represents a reunion for Washington and Jones, as the pair were part of Edmonton’s 2015 Grey Cup championship team.

A veteran of 129 career CFL regular season games, Washington spent parts of four seasons with the Green and Gold (2014-2017), playing under Jones during his first two seasons in Edmonton. The 10-year CFLer was released by Edmonton six games into 2017, before signing with the Hamilton Tiger-Cats. He played 17 games for the Ticats between 2017 and 2018, before heading to the Alouettes in July of 2018 as part of the Johnny Manziel deal.

Last season, the Abilene Christian University product played 12 regular season games for Montreal at left guard, along with the Als’ Eastern Semifinal loss to the Tiger-Cats.

Jackson also has previous ties to Edmonton after spending the 2018 and 2019 seasons with the Double E. Primarily a returner, the Florida Atlantic University product has 42 career CFL regular-season games to his name. Friday’s deal marks the second time Edmonton has acquired Jackson via trade, after the Toronto Argonauts dealt Jackson to the Green and Gold in September of 2018.

The Asheville, North Carolina native has 1,908 career punt return yards, along with 2,569 kickoff return yards. His best season came as a rookie with the Argos in 2017 when he ran two punts back for touchdowns. In 2021, Jackson appeared in three regular season games for the Als, recording 132 yards on 16 returns.

Heading to Montreal is Moore, who spent the previous four seasons with Edmonton after breaking into the CFL with the Ottawa REDBLACKS in 2016. The University of Virginia product has played 48 career regular-season games, recording 69 defensive tackles, including 17 sacks. In 2021, Moore appeared in 19 games for the Elks, registering 11 tackles with two sacks.

“Michael is a player we like a lot,” Alouettes general manager Danny Maciocia said in a team statement. “He is able to put pressure on opposing offences and he will not back down from anyone. He will bring a lot of intensity to the field.”

Also announced on Friday was the signing of Canadian offensive lineman Nicholas Summach. The University of Saskatchewan product has spent the last five seasons with the Huskies, including 2021 when he returned to the U of S suited up in eight games.

The six-foot-eight native of Saskatoon was part of Saskatchewan’s 2018 and 2021 Hardy Cup championship teams, and was originally drafted by Edmonton in the seventh round of the 2020 CFL Draft (57th overall).