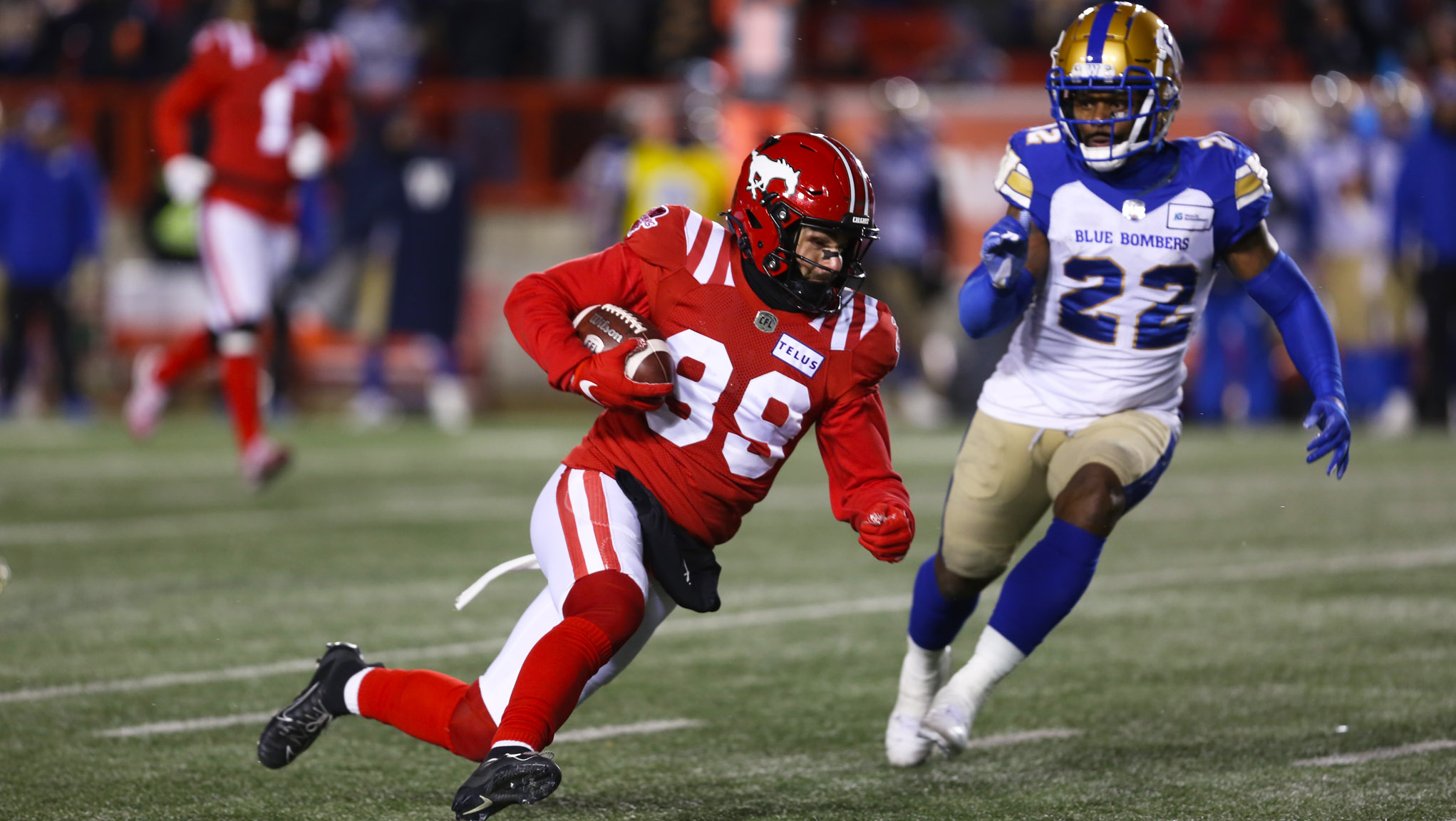 CALGARY — The Calgary Stampeders have signed Canadian receiver and Calgary product Colton Hunchak to a contract extension, the team announced on Friday.

Hunchak was eligible to become a free agent next month.

“I am grateful to be returning to the Stampeders for the 2022 season,” said Hunchak, who was Calgary’s eighth-round selection in the 2019 draft. “This organization gave me a chance and opportunity when no one else did, so I owe it to them and this city to help bring a Grey Cup back to Calgary.”

“I’m pleased that Colton is remaining with the Stampeders and his return strengthens our depth at the Canadian receiver position,” said Stampeders president and general manager John Hufnagel. “I know he is working hard to rehab the injury he suffered in the playoff game and I look forward to his continued progression as a CFL receiver.”

An alumnus of Calgary’s Notre Dame High School, Hunchak played all 14 regular-season games in 2021 – his second season as a pro – and made 16 catches for 247 yards. He also completed one pass for 36 yards and recorded one tackle. He had two catches for 11 yards in the Western Semi-Final but was forced to leave the contest with a foot injury.

“The rehab process with regards to my foot injury is exceeding expectations,” said Hunchak. “I have a great team of trainers and therapists working alongside me. Without a doubt, I will be full-go come training camp.”

In 28 career regular-season games, Hunchak has 32 catches for 478 yards.

At the university level, Hunchak was a two-time second-team Ontario University Athletics all-star at York. In 2018, he finished fourth in the OUA with 58 receptions.