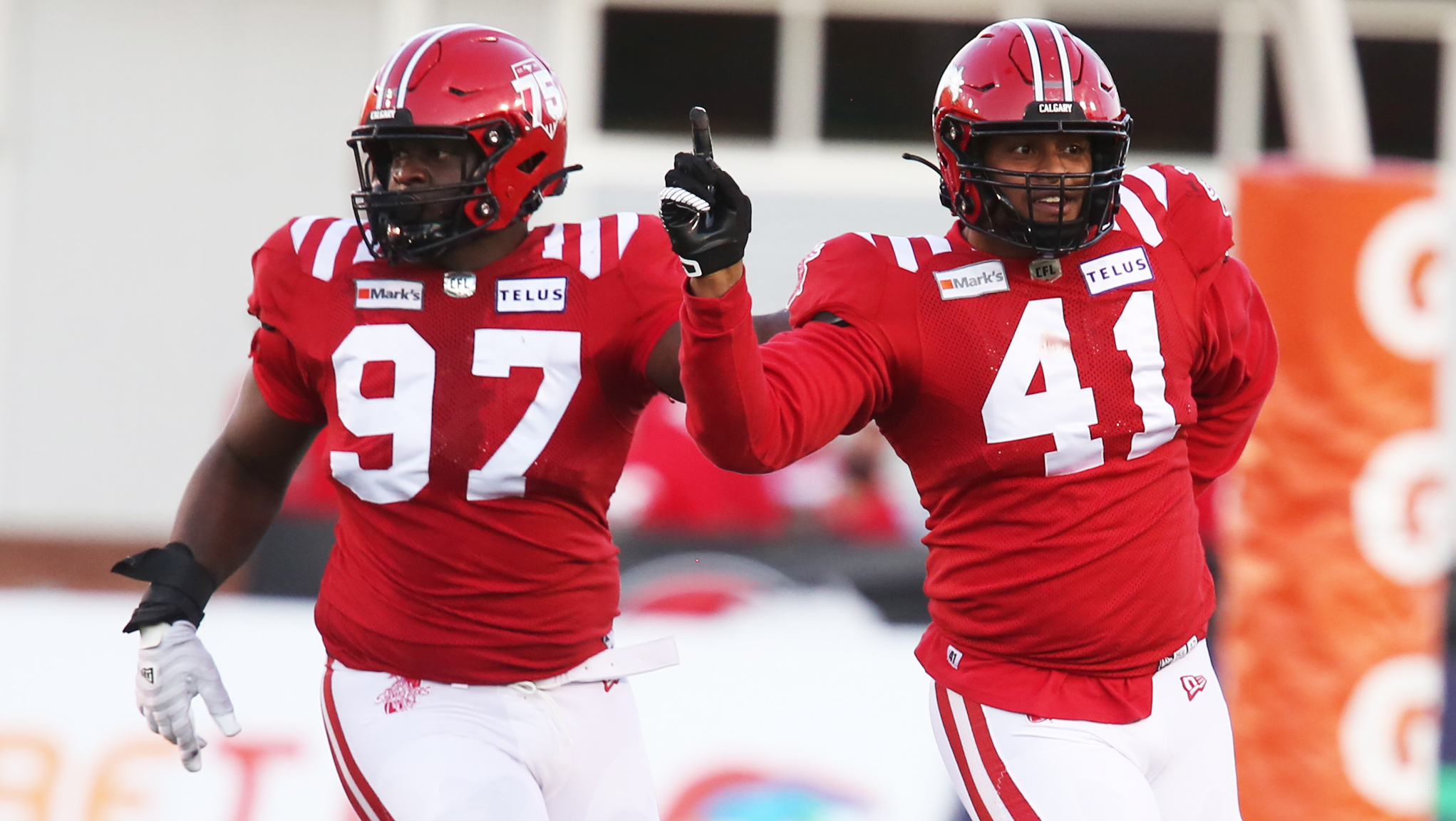 CALGARY — The Calgary Stampeders have signed defensive tackles Mike Rose (American) and Derek Wiggan (national) to two-year contracts. Both players had been eligible to become free agents next month.

Wiggan, who has played six seasons with the Red and White, and Rose, who has been with Calgary for four seasons and earned Canadian Football League All-Star status in 2021, have formed the Stamps’ starting tandem at defensive tackle for the past two seasons.

“Derek and Mike have been a very effective tandem in the middle of our defensive line and I’m pleased that they have chosen to make this commitment to the Stampeders,” said Stampeders president and general manager John Hufnagel. “Both players continue to get better, with Mike earning well-deserved CFL All-Star recognition last season.”

A North Carolina State alum, Rose started 13 games at defensive tackle in 2021 and was a key figure in the Stamps’ second-half resurgence as Calgary overcame a 2-5 start to claim a playoff berth. Rose led all CFL interior linemen with seven sacks and he had 24 tackles including three tackles for loss and three knockdowns.

He has played 33 career regular-season games for Calgary.

Wiggan was the Stamps’ nominee for the Most Outstanding Canadian award in 2021 after playing all 14 regular-season games and recording 32 tackles including three tackles for loss, two sacks and one forced fumble.

The Queen’s product has played 92 career regular-season contests for the Stamps after being selected in the fourth round by Calgary in the 2014 draft.

“I’m extremely happy to get the deal done – Calgary is the only place I wanted to be,” said Wiggan. “I really appreciate the love that the Stampeders organization and the city has shown me. I’m looking forward to getting back on the field with my teammates and coaches.”