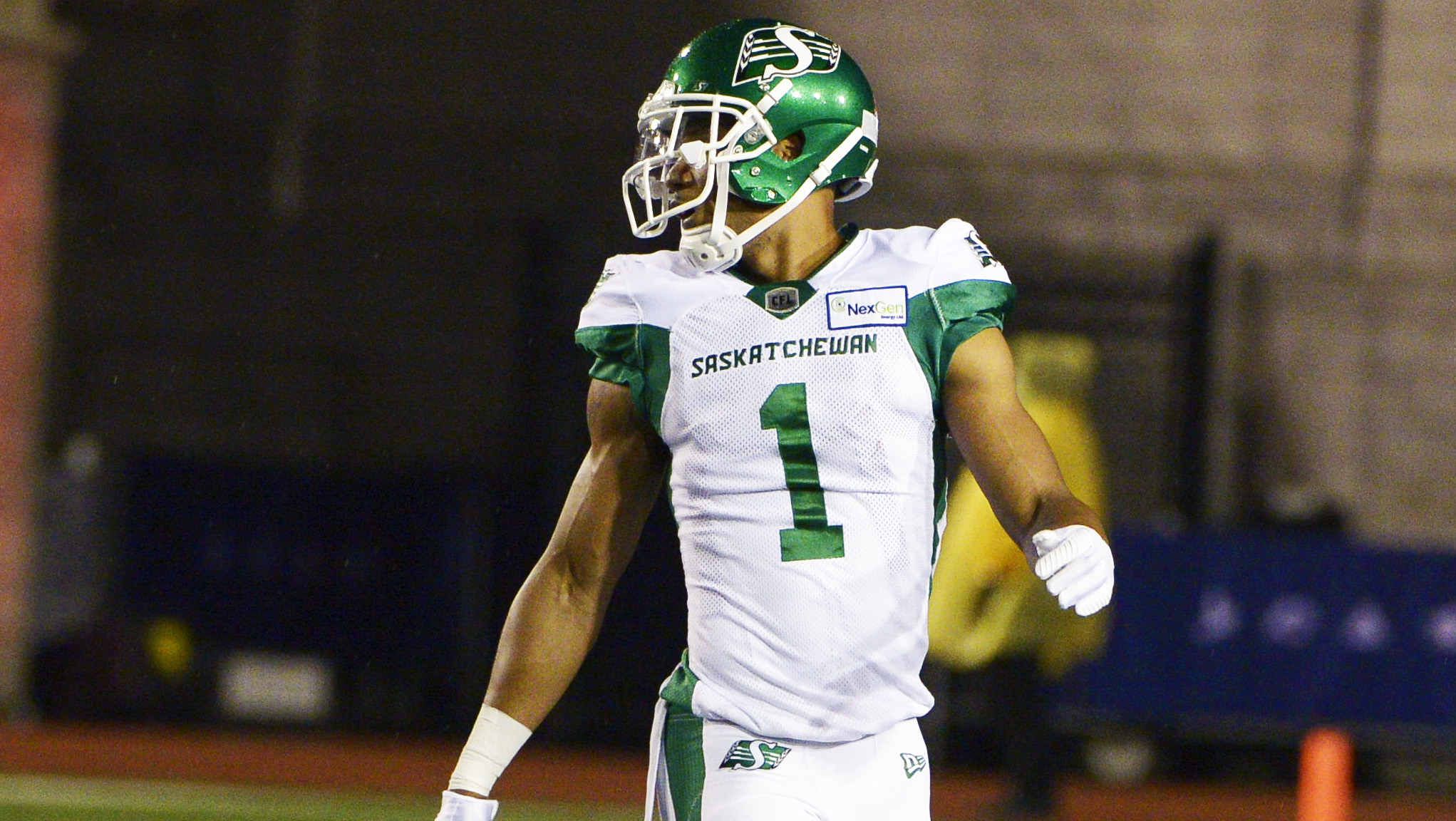 If the 42 games played over three seasons didn’t solidify it, a recent run through a Regina drive-through sealed the deal for Shaq Evans‘ journey to becoming a CFL veteran.

Evans was in Regina last month and witnessed temperatures so cold that you feel bad for the mercury in the thermometer. It was there, at a local drive-through, that he learned just how difficult winter in the prairie provinces can be.

“I was ordering my food and I let my window down to order my food and then tried to let it back up and it got stuck. I had to manually pull up my window for like 10 minutes, it was crazy,” Evans said, drawing knowing smiles and nods from his audience.

“I’ve never experienced something like that, that cold. It was insane. One night it was almost negative-60.”

Lucky for him, Evans had an out. Shortly after that, he got in his car and drove from frigid Regina 20-plus hours south to his home in Inglewood, CA. He was there, where it was a much more comfortable 17C on Wednesday, when he discussed the contract extension he signed earlier this week with the Riders. 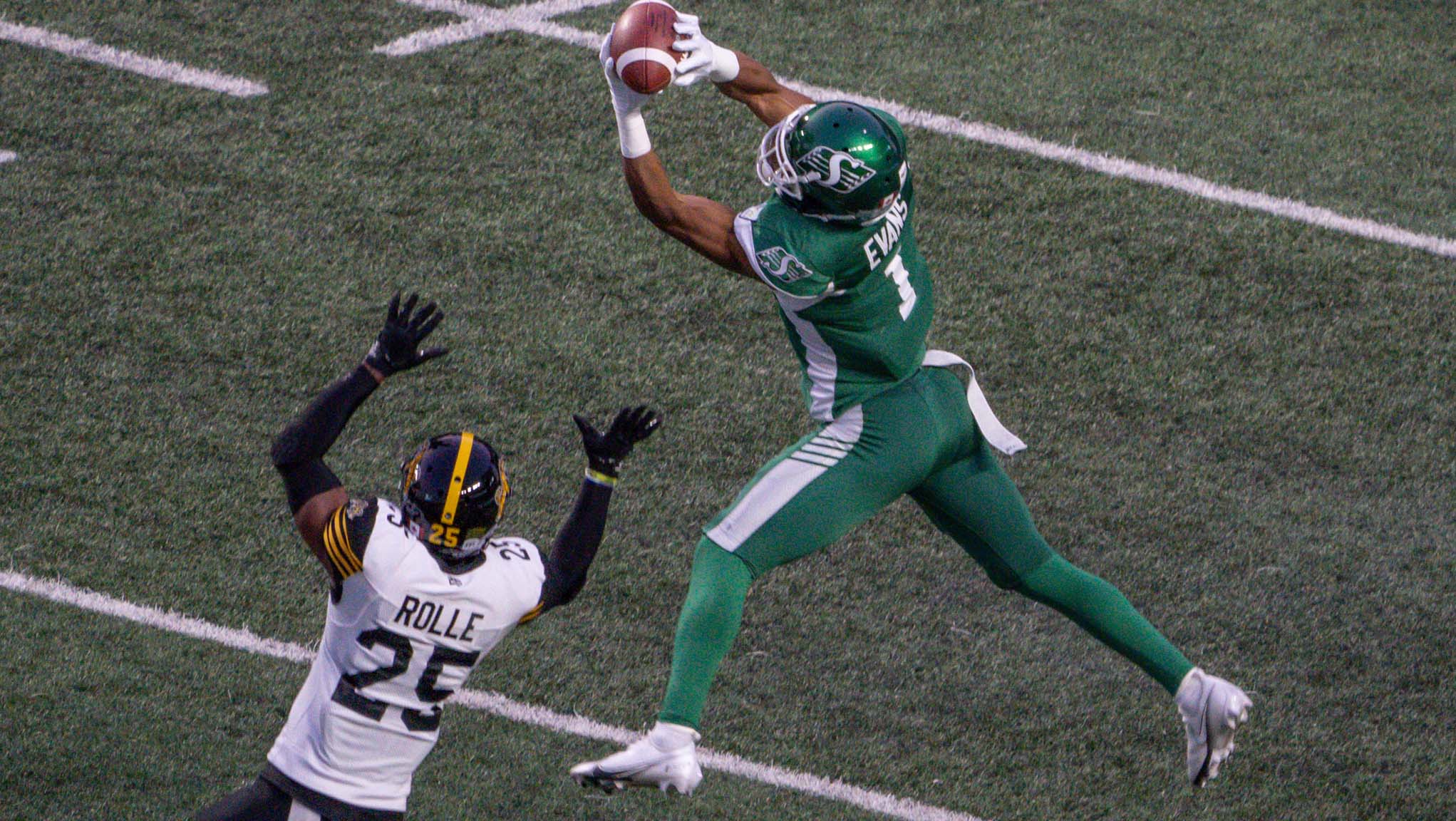 Evans is determined to get back to the productivity he showed in 2019 with the Riders, when he broke the 1,300-yard receiving mark (Riderville.com)

“I feel like we have unfinished business,” Evans said of why he didn’t feel the need to venture into free agency on Feb. 8.

“I just feel like we were so close and a lot of the guys at the end of the season were talking about running it back because we were right there. We just felt like there were some things like injuries and Covid, it was a weird year. I feel like if I want to win a Grey Cup right now I wouldn’t rather do it in any other place than Saskatchewan. Plus, we’re hosting it this year. It’d definitely be a great story to win it at home.”

It was an especially challenging year for Evans. He made it into the second week of the season before an injury sidelined him for 10 weeks. He revealed on Wednesday’s call that the injury was a broken tibia. He dealt with a lot of pain in the first few weeks that he got back onto the field, both in practice and on game days. In seven games last season, he had 25 catches for 224 yards with zero touchdowns, making for some very uncharacteristic numbers for someone that posted 1,334 yards and five touchdowns in 2019.

Evans is confident that with a full off-season to recover and train that he’ll be 100 per cent when the team hits the field this season.

“That’s pretty much all I’ve been thinking about since the season ended, how hard I’m going to work when I get to training and just to come back and show everybody that last year was injuries,” he said.

“2019…you can’t have a season like that and it be a fluke. That’s a combination of 18 games of playing great football each and every week. I think people that really know me and understand football know that injuries do play a factor and I just never was able to get in rhythm or in shape like normally I am. I’m definitely highly motivated to shut the doubters up and and also prove to myself that I am who I think I am.” 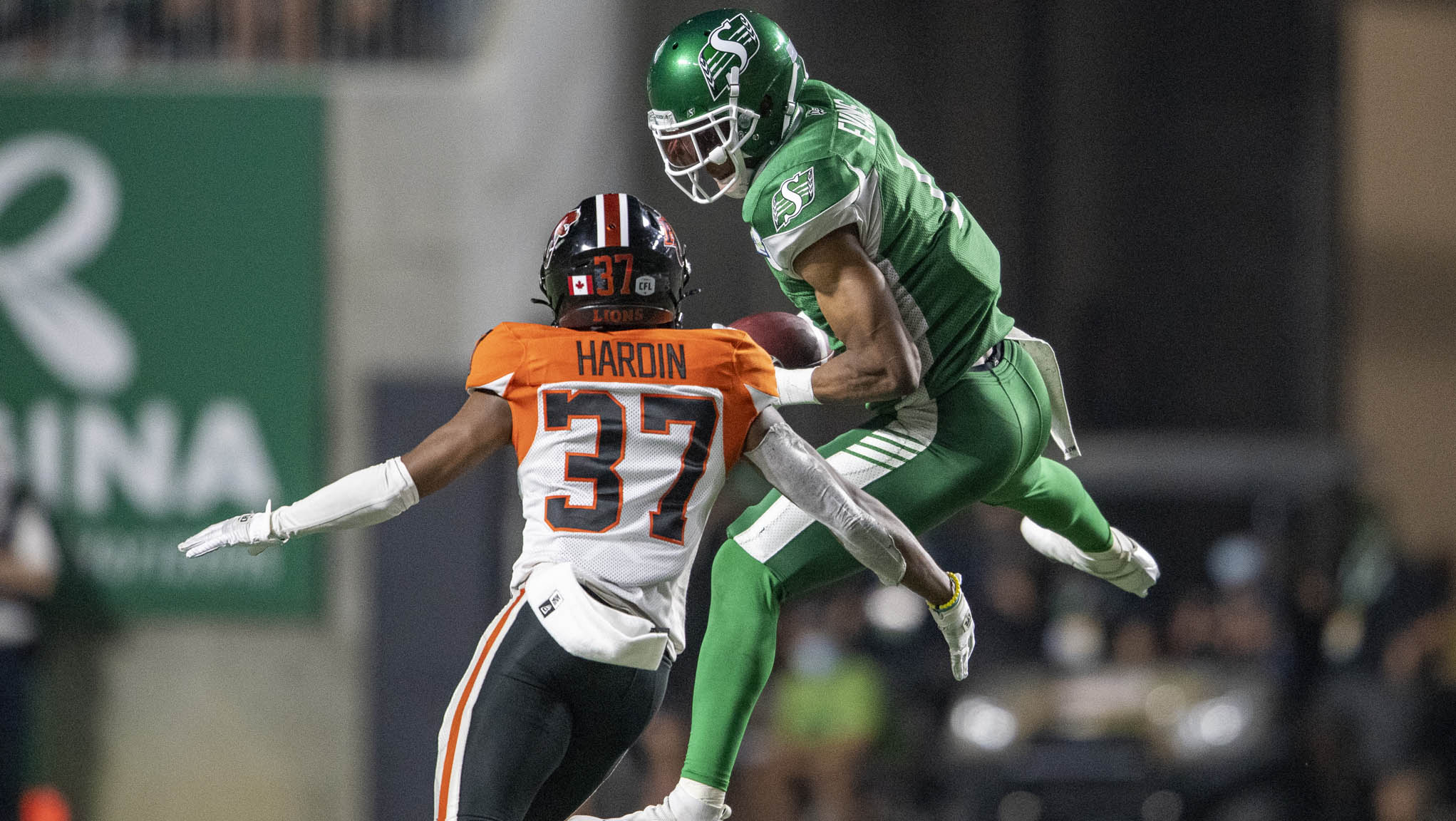 With his contract signed and his focus on 2022, Evans will take some time to try to recruit some of his pending free agent teammates to follow him back to Regina (Riderville.com)

Riders’ GM Jeremy O’Day has been busy leading into free agency. He inked receiver Kyran Moore to an extension on Jan. 14, giving the team two important targets for QB Cody Fajardo. With the coming year sorted out for Evans, he said he’d start to encourage some of his teammates to get back on board for 2022 in the coming weeks.

“You try to reach out to guys that are still on the fence, guys like Duke (Williams),” Evans said.

“I know he wants to hit free agency and I understand that. It’s no hard feelings there but I’ll definitely be talking to guys like him and trying to get as many guys as we can.

“I know a lot of guys feel the same way. We’ve been right there the last two years, literally a play or two away from us being back-to-back champs. It’s crazy how sports work, it’s a play here or a play there and it could be completely different. I know we’re right there, so I definitely think recruiting is something I’m going to be doing.”

Aside from Williams, who would help the Riders maintain a very deep receiving corps, Evans said he was hopeful that the majority of the team’s pending free agents would be back with the team. He quickly listed off listed defensive lineman Micah Johnson, safety Mike Edem and defensive back Ed Gainey as players on his wish list.