Used primarily at right tackle during his time at the University of Alabama, Womack played 41 career games for the Crimson Tide under head coach Nick Saban.

In four seasons at Alabama, Womack made 15 starts and won two Southeastern Conference championships (2016, 2018), along with the 2017 national championship.

The Hernando, MS native began his career with the Tide as a redshirt in 2015, and joins the Elks ready to make his pro debut after a broken foot limited his playing time during his final two seasons with the Tide (2018 and 2019). 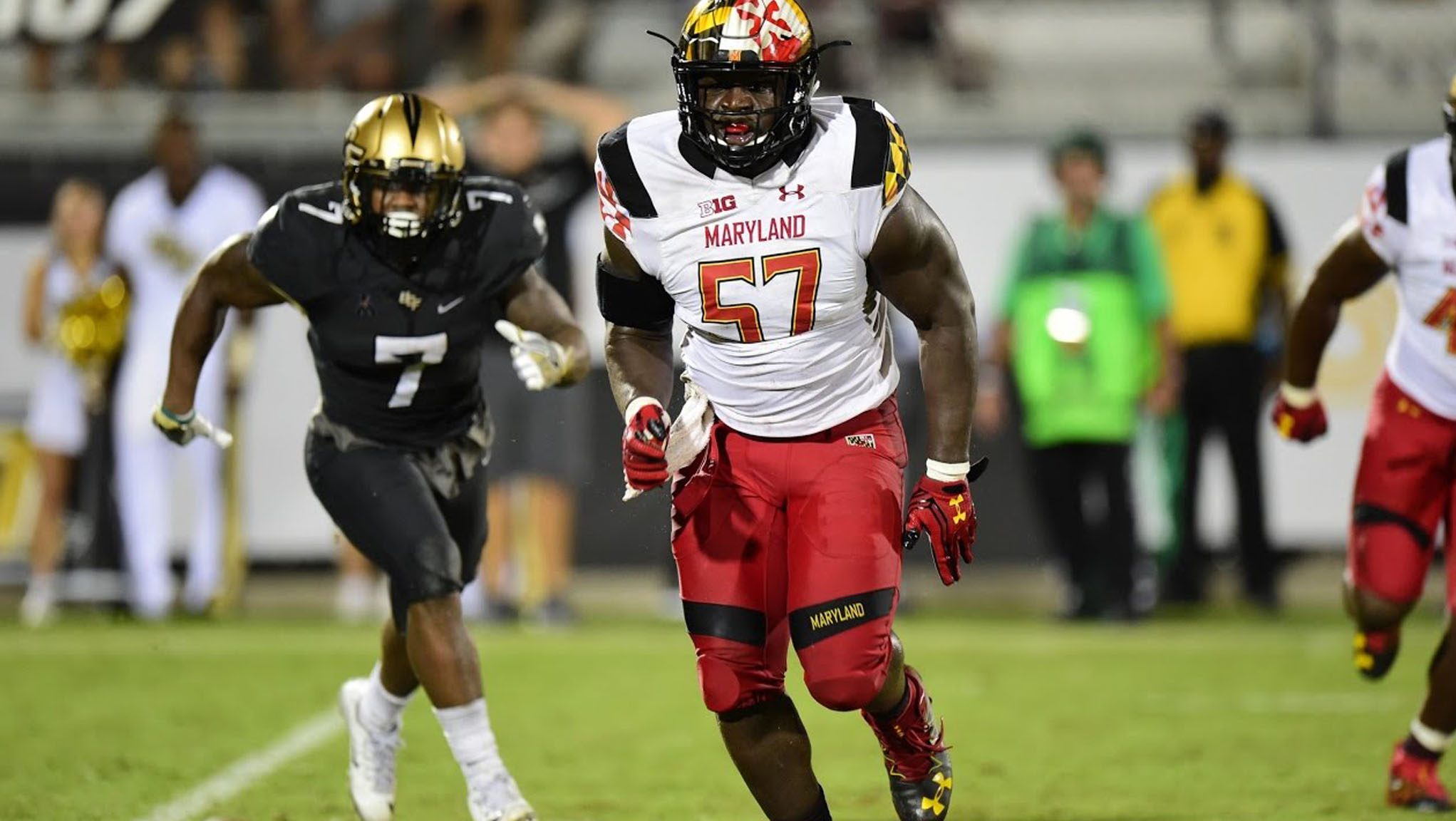 New Elks’ DL Kingsley Opara comes to Edmonton with some time spent with the Alouettes and Argonauts (Photo: University of Maryland Athletics)

On the defensive side of the ball, Opara joins the Elks on the d-line after most recently spending time on the Montreal Alouettes’ roster. The Jacksonville, FL product was signed by the Als in 2020, before being released prior to training camp last season.

Opara has one game of CFL experience to his name, suiting up Week 18 of the 2019 season for the Toronto Argonauts. Prior to his time in the CFL, Opara attended training camp with the Houston Texans in 2018 and was a late cut prior to the start of the NFL season. Collegiately he played at the University of Maryland, appearing in 36 combined games from 2015 to 2017. While at Maryland, Opara registered 83 total tackles, including 11.5 tackles for loss during his breakout junior season in 2016.