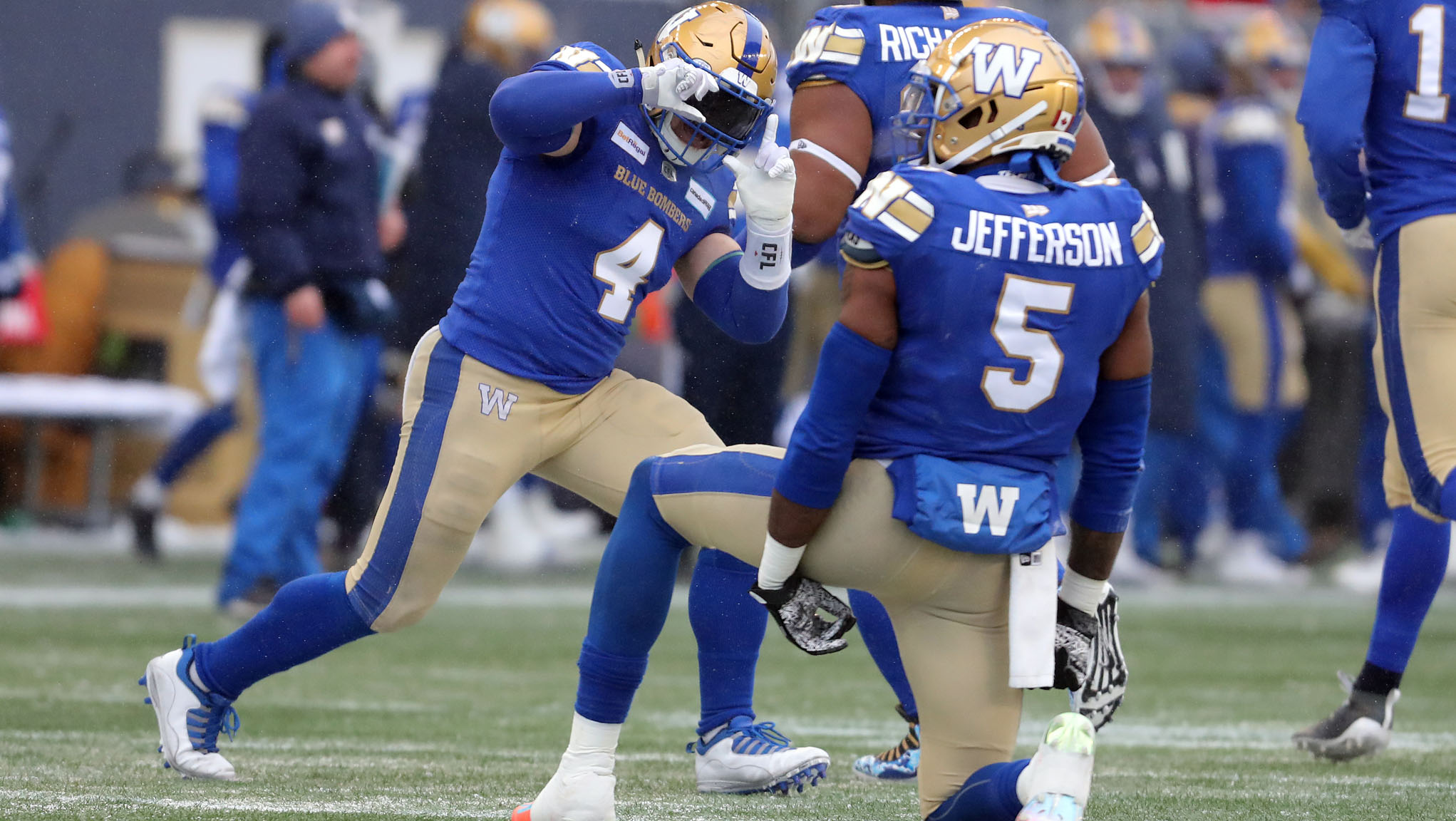 In professional sports, in the salary cap era, it’s vital to maximize a winning window. By winning the last two Grey Cups, the Winnipeg Blue Bombers have already done an outstanding job at doing just that. But give general manager Kyle Walters credit: Two titles is great, but he knows the window is still open. This off-season continues to prove that the Bombers are adamant about keeping their spot on top of the CFL mountain.

Winnipeg just keeps ticking names off their list of high-profile free agents. In even the last few days, the Blue Bombers have brought back Most Outstanding Player Zach Collaros, Most Outstanding Defensive Player Adam Bighill, and Most Outstanding Lineman Stanley Bryant. And that’s just the most recent news.

Prior to those three massive signings, Winnipeg had already agreed to terms with All-Star offensive linemen Jamarcus Hardrick and Patrick Neufield. All-Star defensive ends Jackson Jeffcoat and Willie Jefferson were also brought back in early January. And you can bet there will be more to come.

Walters is doing the only sensible thing. Sometimes a general manager needs to be pragmatic and make difficult decisions involving important players. Now isn’t that time, though. The Bombers are bringing back organizational pillars still playing elite-level football; even at higher price tags, nothing suggests any of the above players are set to slow down anytime soon.

Winnipeg has the chance to do something special, and every single player they’ve re-signed knows it. As it is, the Blue Bombers are the first team in more than a decade to repeat as Grey Cup champions. But we haven’t seen a team win three straight titles, to become a bona fide dynasty, since Hugh Campbell guided Edmonton to five straight in the early ’80’s.

A chance to make history and cement a legacy is a powerful thing. So too is the culture built by Walters and head coach Mike O’Shea over the last eight years. Players want to play there and they’re more than willing to stay, even if it means foregoing a shot at a likely larger payday  in free agency.

Now, even with so many core members committed for the 2022 season, there’s still a lot Walters needs to accomplish. Receivers Kenny Lawler, Rasheed Bailey and Darvin Adams are all unsigned. Defensively, key defensive backs like Alden Darby and Winston Rose need new contracts, too.

Then there’s star running back Andrew Harris. Soon to be 35 years old, Harris and the Bombers have a decision to make. After missing significant time due to injury in 2021, how keen is Harris on returning this year? And can he and Winnipeg find a dollar figure that works for both sides?

Regardless of how things play out with Harris, the Blue Bombers have already done tidy work preparing for a three-peat run. There will probably be a few unfortunate, but unavoidable, departures between now and the start of free agency. But even with an incomplete picture right now, it’s hard not to consider Winnipeg 2022 Grey Cup favourites.

Speaking of free agency, this year’s signing frenzy opens Feb. 8, which just happens to be two weeks from tomorrow. And just like every year, you know the off-season is about to kick into overdrive when we publish our Top-30 Free Agents here at CFL.ca. The names are big and there are still plenty of them on the board. 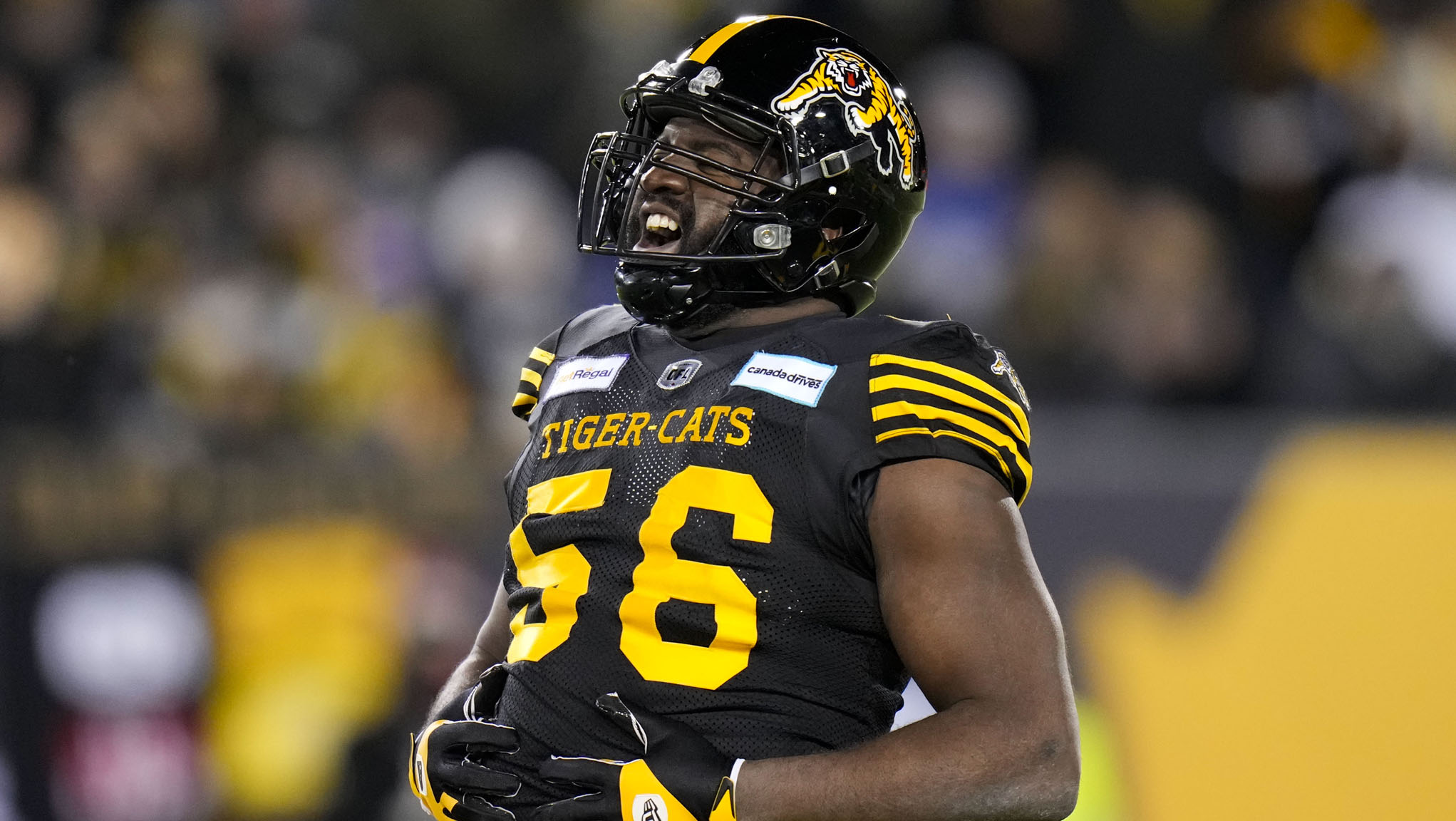 Ja’Gared Davis is inching closer to free agency, but the Ticats no doubt would love to keep one of the league’s top pass rushers in their colours (The Canadian Press)

Winnipeg’s recent work has taken Collaros and Bryant, ranked first and fifth respectively, out of the top five. But receiver Bryan Burnham, quarterback Jeremiah Masoli, and defensive end Ja’Gared Davis, numbers two through four in order, are all still very much in the conversation.

Of those three players, I’d be most surprised if Davis were to hit free agency. Since arriving in Hamilton for the 2019 season, Davis has cemented himself as one of the CFL’s elite pass rushers. On top of that, the Tiger-Cats know how much of their success runs through their defensive line, which is why I’ll be surprised if Davis is playing elsewhere in 2022.

Masoli is almost certainly headed to free agency after Hamilton and Dane Evans agreed to terms on a new deal earlier this month. That leaves Burnham and a few reports suggesting it might be tough for he and the BC Lions to find an agreement that works for both parties.

With Lucky Whitehead coming back on a big money deal, the Lions may not be in a position to offer Burnham a number commensurate to what he’s accomplished the last few years. If that’s the case, and if Burnham’s association with BC comes to an end after seven seasons, he’ll be a perfect fit in virtually any offence in this league.