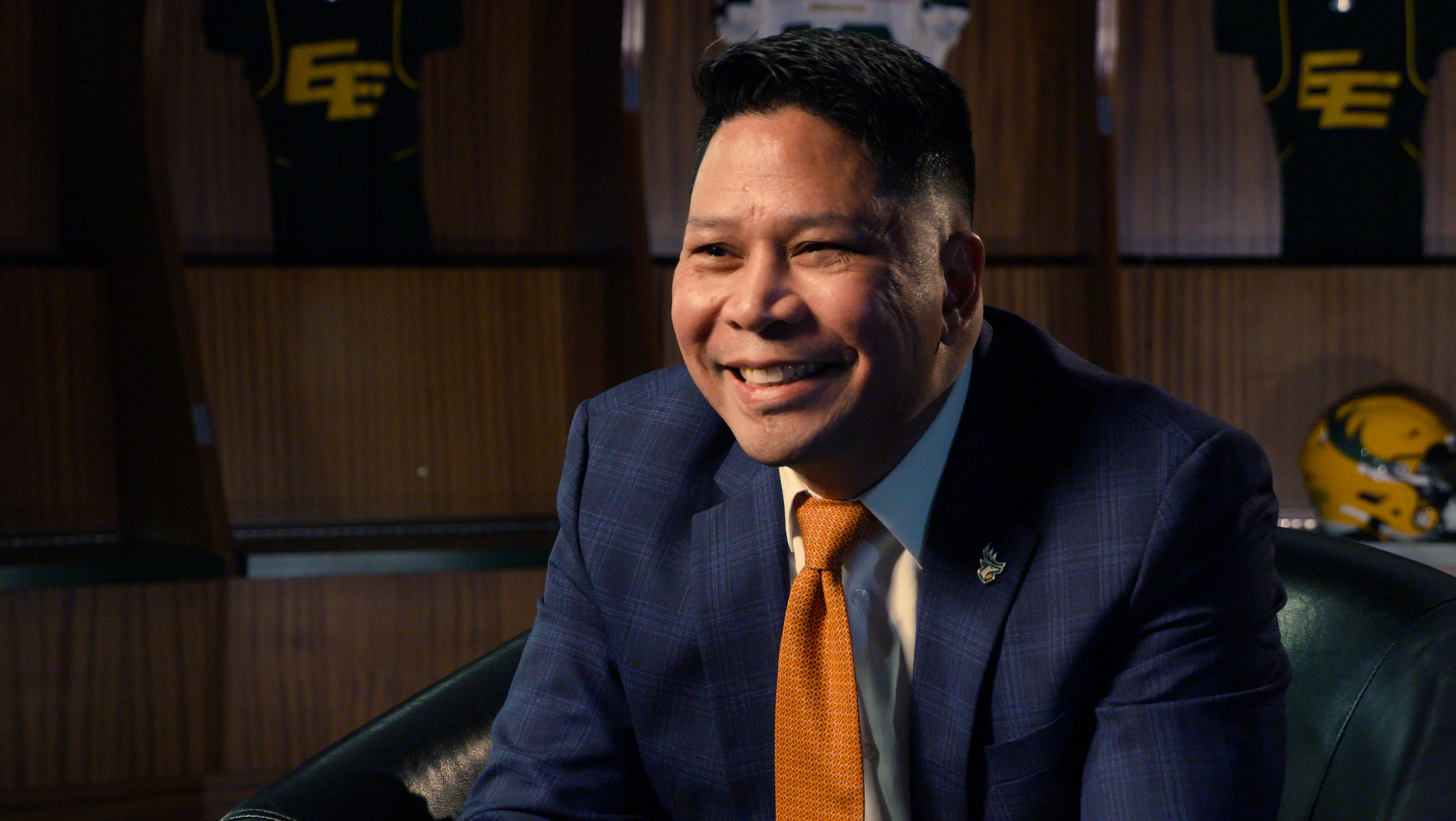 EDMONTON — One of the most internationally successful sports executives and promoters in recent years is bringing his skills home to lead the Edmonton Elks’ front office.

The Elks’ board of directors has named Edmonton born-and-raised sports marketing and promotions executive Victor Cui its next president and CEO after an extensive and highly competitive search for the football club’s new senior leader.

“We’re thrilled Victor has agreed to bring his broad local and international sports leadership experience and bountiful energy to lead this community’s football club,” said Ian Murray, Chair of the Elks’ board of directors.

“We are confident Victor’s tenacity, creativity and proven ability to inspire people to quickly deliver big results will play a major role in our promise to re-energize the organization and our fans.”

Cui, who was born and raised in Edmonton, left the city in 2002 to gain international sports marketing experience.  In 2010, as CEO he launched One Championship (MMA) from the concept stage to Asia’s largest sports media property – broadcast to 150 plus countries, with 280 Full Time Employees and 720 athletes and with a current valuation of well over $1 billion (USD).

“As much success One Championship has had in Asia, and the experience I gained during my time there, the opportunity to return home and lead this cherished organization that I grew up watching from the Knothole Gang is truly a dream come true,” said Cui.

“Edmonton has always been home to me. Being away gave me even more appreciation of what a special city this is and what a privilege it is to represent this organization.”

Cui, 50, went to Archbishop O’Leary high school, where he was students’ union president and received a Johnny Bright scholarship before graduating from the University of Alberta, where he studied international politics. He went on to gain local sports management and marketing expertise, managing some of the city’s most prominent sporting events such as the 2001 World Championship in Athletics.

He served as the senior director of the event management group for ESPN STAR Sports Singapore and has served as Director of Corporate Communications for Golf Canada. Cui also served as a reservist in the Royal Canadian Navy and has a black belt in taekwondo.

Cui says he is chomping at the bit to get to work with the leadership team and Coach and General manager Chris Jones to improve the product on and off the field.

“I understand and fully embrace the unique passion and connection Edmonton fans feel to their sports teams and the high expectations they have about winning. I also fully realize that there’s a lot of work to do to meet those expectations and I can’t wait to hit the ground,” said Cui. 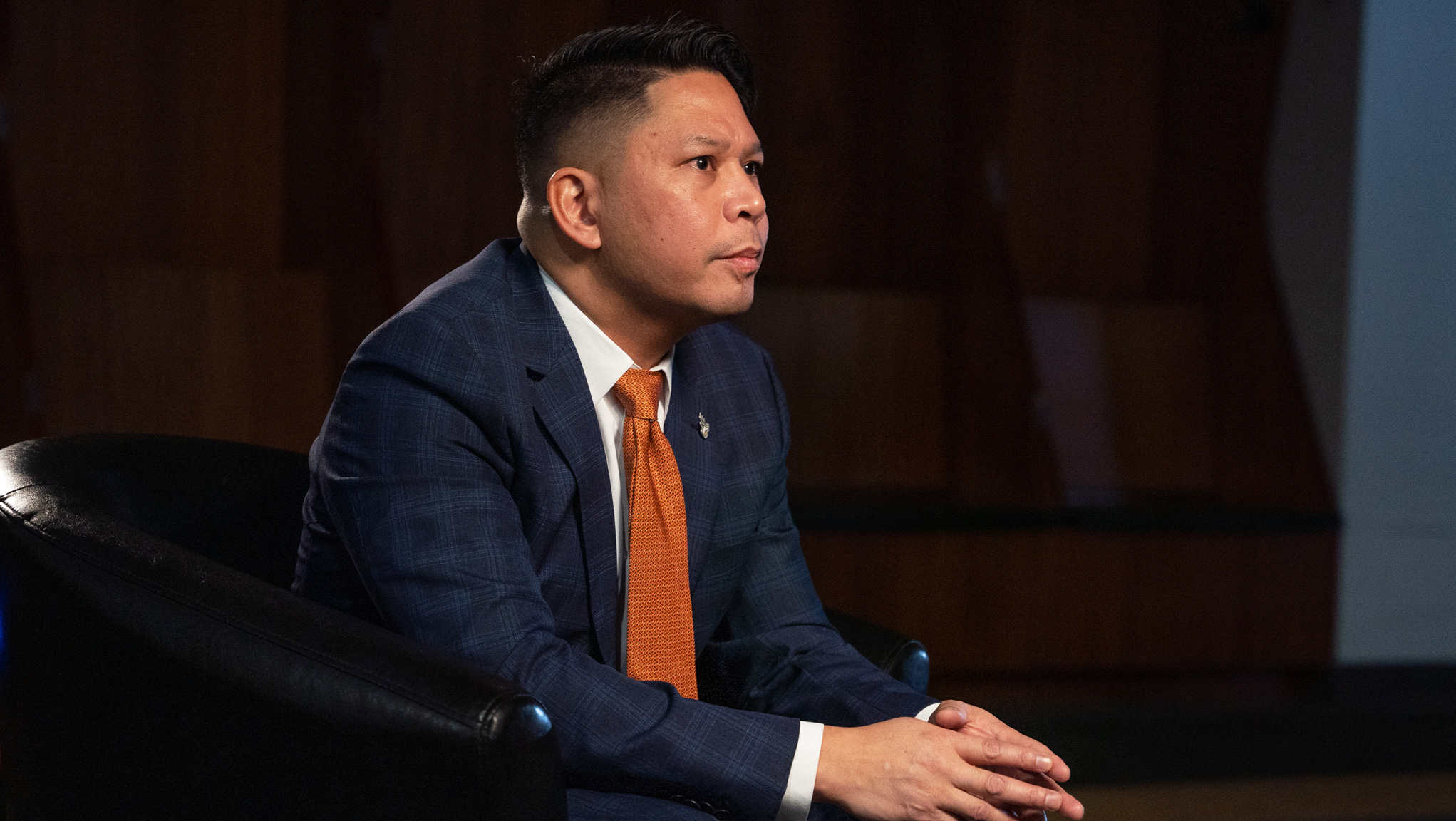 Murray said that with Cui’s close ties to the Edmonton, national and global sports communities, he expects a quick and smooth transition for the team’s new president.

“We expect Victor to help make the Elks highly visible and active in the community, to gain back trust of loyal fans and win over new fans with an exciting game experience that appeals to a broad demographic across northern and central Alberta,” said Murray.

He said while there is significantly more work to be done to address the concerns of fans improve the Elks’ experience, a community engagement plan is already under way and he is encouraged to hear fans reacting positively to the steps the team has taken since then end of the 2021 season, including the hiring of Jones.

“I would like give my sincere thanks to Allan Watt, for his invaluable leadership in the community engagement process and serving as the club’s interim chief operating officer during the search process.”