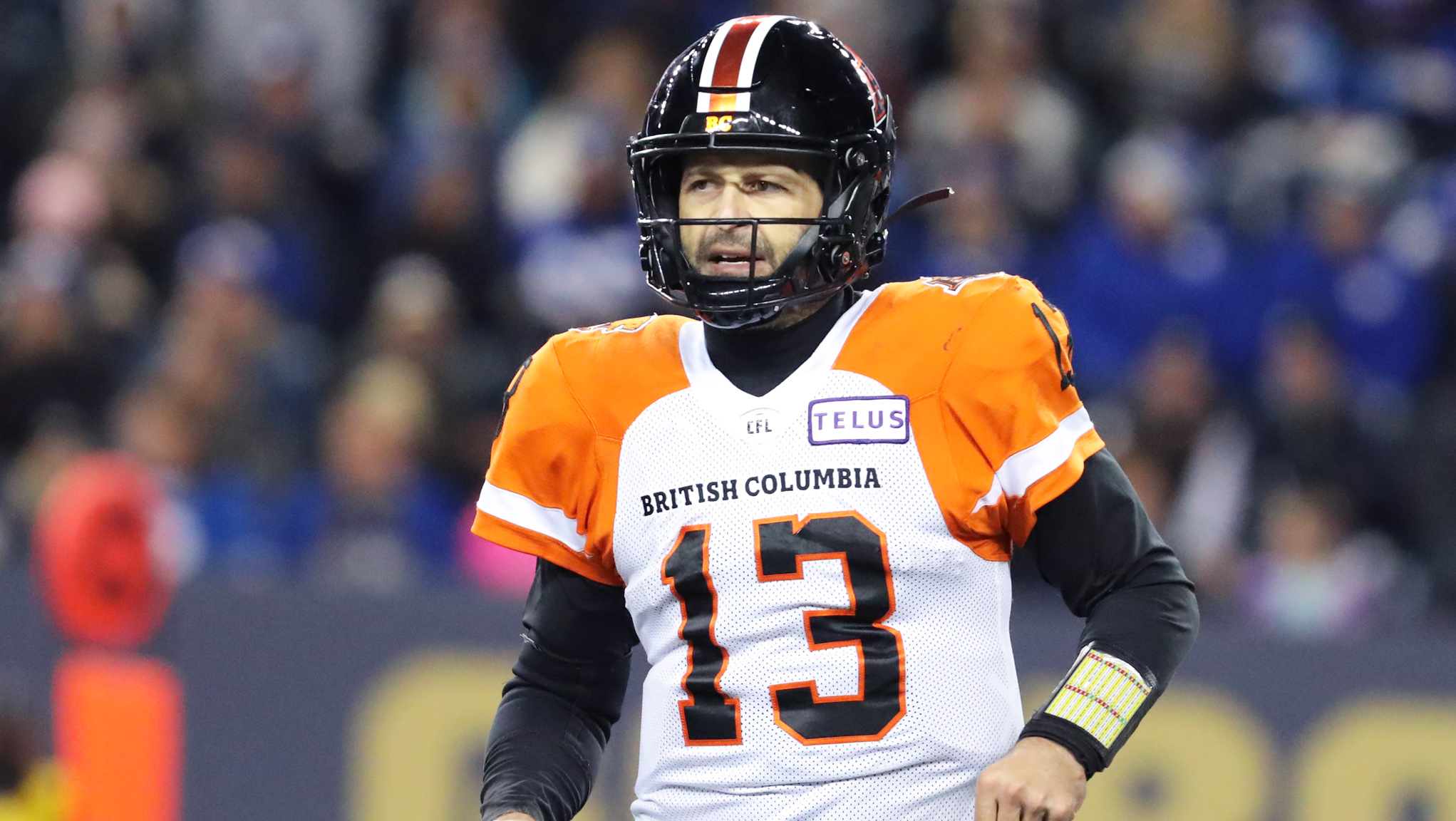 Back in 2010 when the BC Lions were first considering signing a young quarterback prospect named Michael Reilly, the team received some advice from people in the NFL.

“All the NFL guys that we spoke to said his throwing motion really limits the way he can throw,” Neil McEvoy, the Lions current co-general manager and director of football operations said with a chuckle. “He’s just a guy that may struggle on the big field is what they said.”

Reilly, who announced his retirement Monday after 11 CFL seasons, will be remembered as one of the best quarterbacks to play the game in Canada.

“He had one of the best arms we’ve ever seen,” McEvoy told a Zoom conference. “He was consummate professional who really worked hard and was really competitive. When ever he had the ball, you always felt that you had a chance to win.”

Reilly’s announcement came the day before his 37th birthday. He led the CFL last year with 3,283 passing yards, completing 276 of 400 attempts for 14 touchdowns and just six interceptions. It was the fourth time in his career Reilly was the league’s passing leader.

There had been speculation since the end of the season Reilly may not return in 2022 so his announcement didn’t come as a complete shock.

“Surprised? No,” said McEvoy. “Happy for him? Yes.

“We’ve been talking to him through the year, even last year. I’m sad Michael is going to be no longer playing professional football but I’m happy for him, that he’s made his decision on his own and was able to go out on his own terms.”

After signing with the Lions Reilly spent three years in BC and was part of the team that won the 2011 Grey Cup. He was traded to Edmonton in 2013, where he would win his second Grey Cup in 2015 and be named the league’s Most Outstanding Player in 2017. He returned to the Lions in 2019 as a free agent.

Reilly joins Doug Flutie and Anthony Calvillo as the only quarterbacks to throw for 5,000 yards in three consecutive seasons (2016-18). He threw for 300 or more yards in 57 games.

Rick Campbell, BC’s head coach and co-general manager, said working with Reilly was a treat after years of coaching against him.

“He’s everything that you think he is,” said Campbell, who coached the Ottawa REDBLACKS team that lost to Edmonton in the 2015 championship. “A good person, great guy, great competitor.

“He does all the things you hope a football player does. He’s good on the field but also just super competitive. He’s a great teammate, a great leader. It’s fun to have those guys in the locker room.”

The six-foot-three, 230-pound native of Kennewick, Wash., played college football at Central Washington. He wasn’t selected in the 2009 NFL Draft and spent time with Pittsburgh, Green Bay, St. Louis and Seattle before signing with the Lions.

Reilly, who lives in Seattle, has been studying to become a firefighter.

Campbell said the Lions had been preparing for life without Reilly this season.

“We knew it was a possibility (so) either way we had a game plan,” he said. “I’m glad he took the time (to decide) and he didn’t race into it. We wanted to give him time so that when he did make the decision he could be at peace. He sure seems to feel that way.”

With Reilly retired, Nathan Rourke is ready to take over the quarterback reins. The 23-year-old Canadian completed 52 of 82 passes for 754 yards, three touchdowns and five interceptions last year in his first CFL season.

In the final regular season game of the season Rourke completed 23 of 34 passes for 359 yards, a touchdown and two interceptions in a 43-10 win over the Edmonton Elks.

“The thing I like about him as a quarterback is he’s so consistent in his work ethic and how he shows up every day,” said Campbell. “The last game of the year against Edmonton you saw a good dose of what he can do.

“He’s young, he’s energic, he’s hungry and competitive. He shows all the signs to be a good player in his league.”

While comfortable with Rourke as a starter, the Lions also want to add a veteran quarterback for depth, either through free agency or a trade.

“We want to make sure that the person we get is a guy that has experience and can come in and win a game for you if needed,” he said. “We’re excited about Nathan being number one (but) there’s a long list of teams that needed two quarterbacks to get it done.”

One quarterback already available is Trevor Harris, who recently was released by the Montreal Alouettes after being obtained in a trade from Edmonton in October. Potential free agents include Hamilton’s Jeremiah Masoli and Toronto’s McLeod Bethel-Thompson.

“We’re going to find the best guy out there,” said Campbell. “There are free agents that fit that category of proven guys that can be effective players.