Nye: Stamps covering their bases ahead of free agency 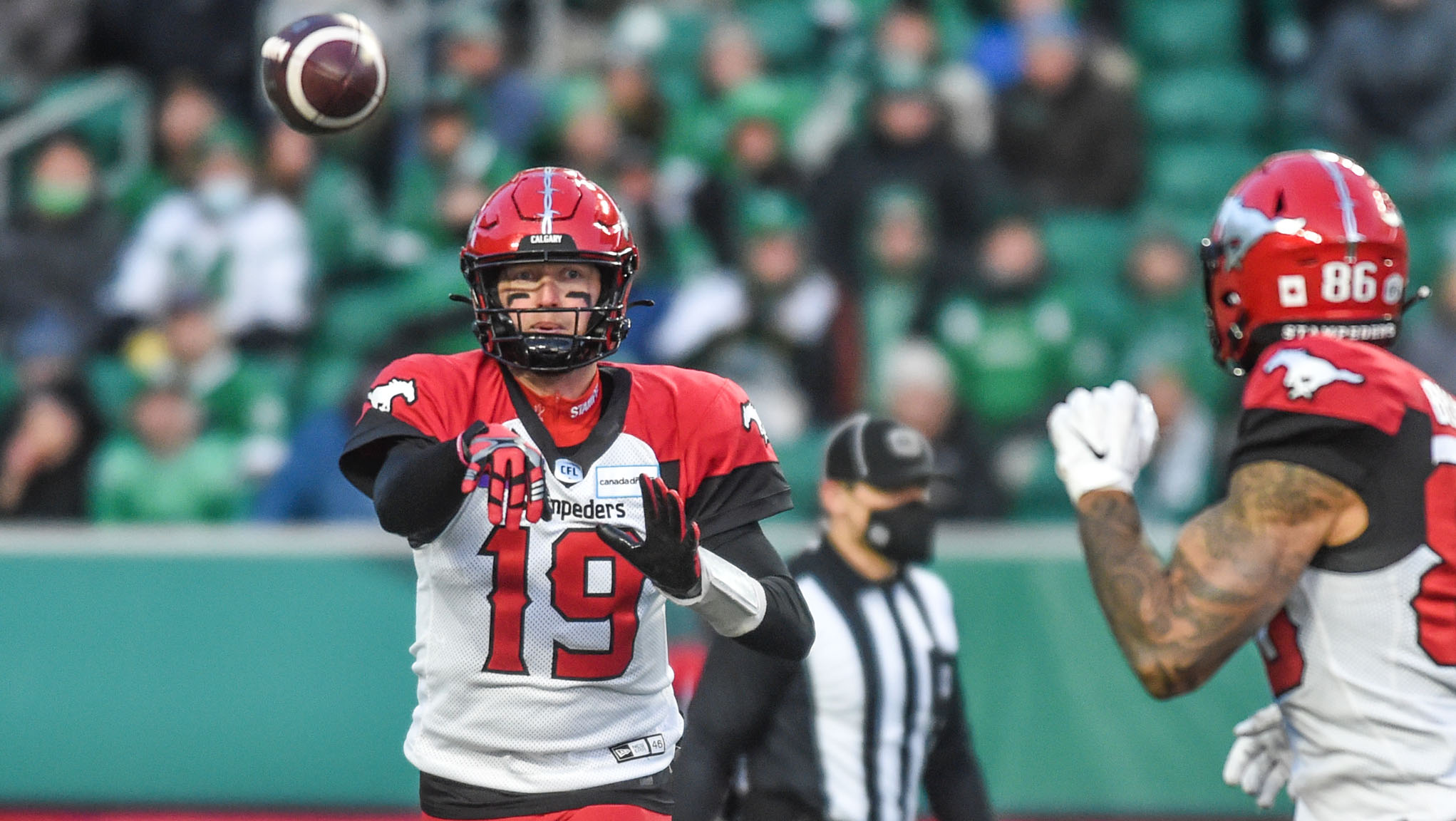 Nye: Stamps covering their bases ahead of free agency

Ahead of free agency in the CFL, the potential free agent list for the Calgary Stampeders seems to be one where people could have started to feel a sense of panic.

However, is it ever wise to doubt the plan of John Hufnagel?

Consider where the Stamps’ investment has gone so far. Bo Levi Mitchell has restructured his deal with Jake Maier showing that he’s waiting in the wings to be ready to go if called upon as he was in 2021.

The money saved on Mitchell went to locking up the vital pieces in the interior of the offensive line with Sean McEwan, Zack Williams and Ryan Screviour locked up for 2022.

Hufnagel then brings in left tackle Derek Dennis to rekindle his success in Calgary. Dennis fits the system very well. He knows the expectations and whenever he wears red, he helps lock down the left side.

Then you have Reggie Begelton and Kamar Jorden locked up with now one of the scariest receiving duos in the CFL. 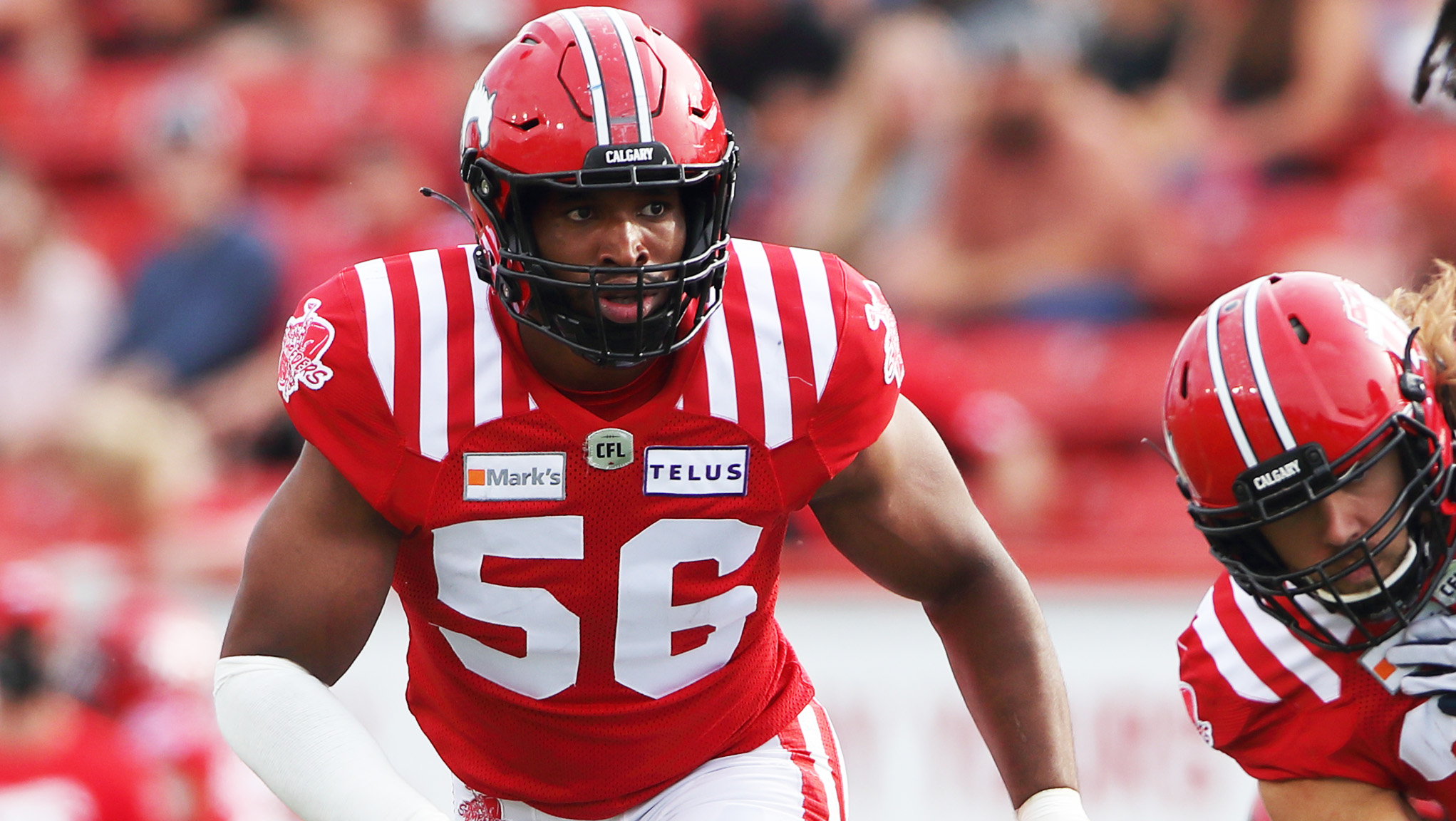 Teams across the league are hopeful that Stamps’ linebacker Jameer Thurman will hit free agency and hear their offers (Stampeders.com)

That stings if Hufnagel can’t get some of those players signed but the lesson we’ve learned from the Stampeders is if these players aren’t willing to fall in line with the financials that make sense, the Stamps will always rely on the next man up and have faith in their scouting that they’ve found that player.

Hufnagel has one player locked up when he brought Tre Roberson back to help solidify the defensive back field and he’ll be needed to be the lock down corner again with question marks all over the secondary. But I’ll say it until I’m blue in the face: There are players we’ve never heard of ready to do some big things.

That’s not to say I wouldn’t want Amos, Leonard or Moxey on a team I was managing but I also don’t know where they fall in line with the salary cap and as mentioned before, the Stamps haven’t had a major dilemma getting defensive backs ready to play.

The reality of dealing with the Stampeders going into free agency is, don’t panic, it’ll be fine for Stampeder fans.

Along the defensive line, Hufnagel put in some work with Mike Rose and Derek Wiggan to handle the middle. And if Shawn Lemon isn’t back, we’ve seen the flashes from Stefen Banks and the re-signed Folarin Orimolade that they have a good start of bringing along the next pass rusher in Calgary.

With 10 days to go until free agency we’ll pay close attention to the the situation that plays out in Calgary.

The linebackers are the biggest dilemma. Jameer Thurman and Darnell Sankey were exceptional in 2021. While you preach patience in Calgary, these would be the biggest losses for the Stampeders’ defence and extremely hard to see being replaceable without a drop off in play.

Now, there are a few receivers that would get some interest on the open market, with Canadians Richard Sindani and Hergy Mayala. Then you have Markeith Ambles, who may slip out of the mix because of Jorden and Begelton. 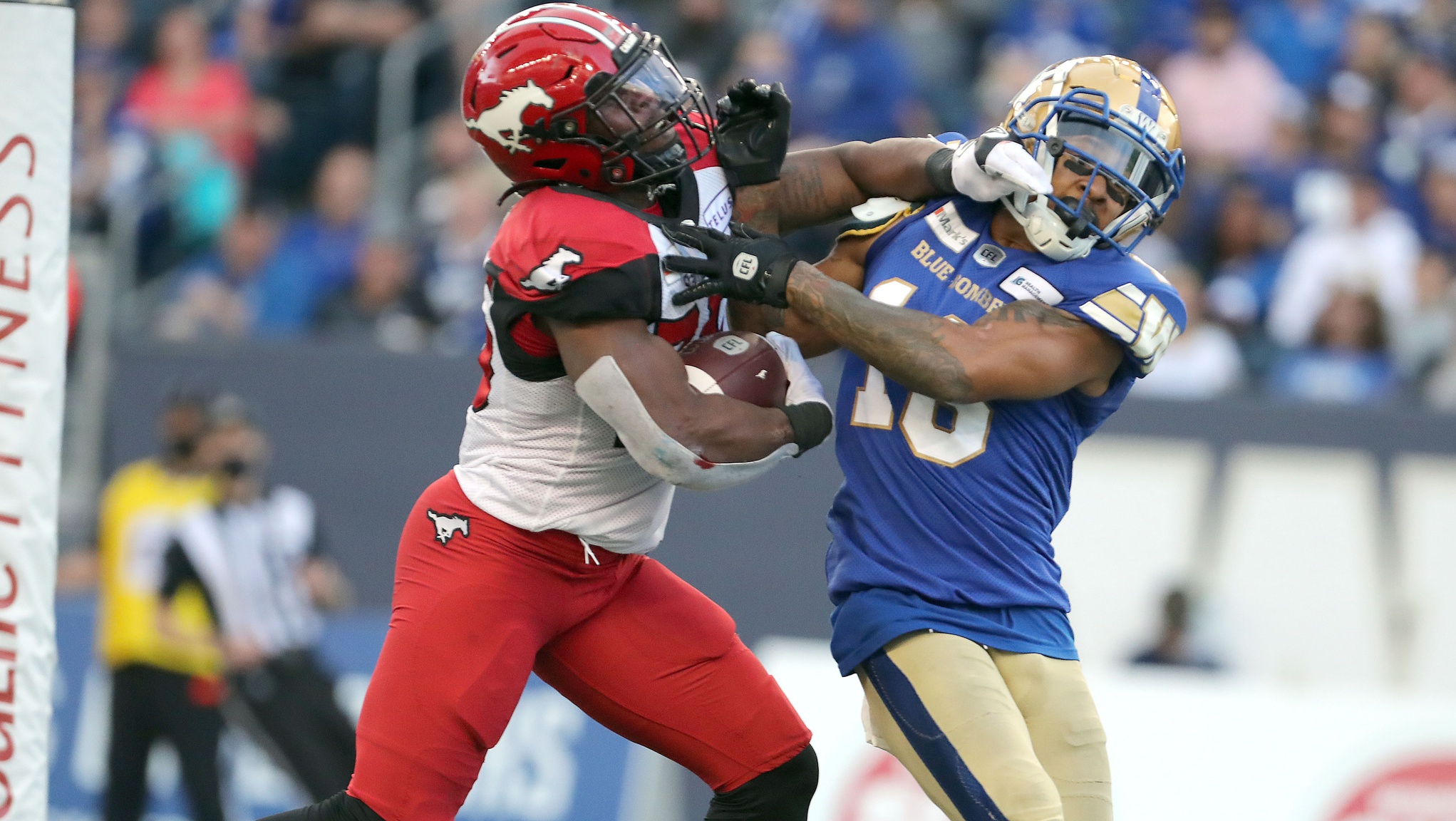 Ka’Deem Carey showed himself to be one of the top running backs in the league in 2021. If he hits the free agent market he should have plenty of options (Jason Halstead/CFL.ca)

And while I can go through all the free agents still pending I saved the running back for last.

Ka’Deem Carey is an every down back who can carry the load for any team who would need him to. He showed the ability to catch the ball out of the backfield as well and if I’m prioritizing on offence he’d be at the top of the list.

However, he knows how valuable he can be so if it can’t fall in the salary structure with some of the big priorities on defence, I’m sure the Stampeders would be able to hesitantly walk away.

If the pot is sweetened, the Stamps are threatened to lose a fair bit of their starting lineup from last year.

But Hufnagel has prioritized his core group and has done the work necessary to have the quarterbacks, receivers, offensive line and defensive line set to go. Those will always be the major foundation to have success in the CFL.