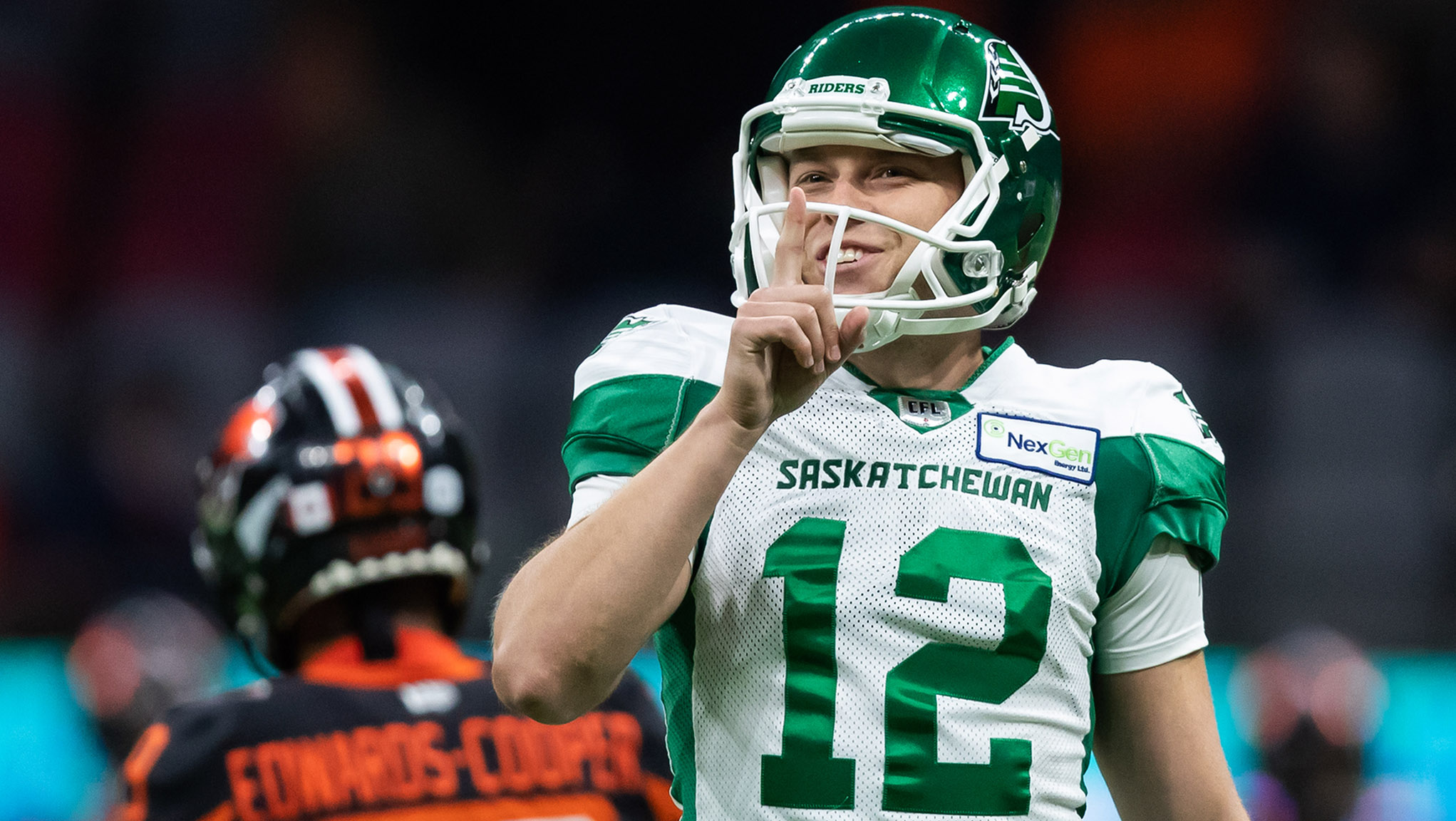 Lauther (six-foot-one, 195 pounds) is coming off a strong 2021 season that saw him named the Roughriders’ Most Outstanding Special Teams Player and voted the fan choice for the Wireless Age Player of the Year.

He connected on 40 of 47 field goal attempts (85.1 per cent) during the regular-season, including three kicks greater than 50 yards. Lauther was perfect on field goal attempts in 10 games, including four games where he went 4-4. The 31-year-old was also 18-19 on one-point converts and scored 138 total points. In addition, Lauther kicked off 47 times this season for 2,893 yards and an average of 61.6 yards.

In 2019, the Truro, NS native played in 13 games, making 32 of 41 field goal attempts (78 per cent) including a career-high 57-yard field goal against Ottawa. Lauther notched game-winning field goals in the Labour Day Classic against the Bombers and against Edmonton in Week 20 to set the Riders up to clinch first place in the West Division the following week.

In his breakout 2018 season, Lauther played in all 18 games making 54 of his 60 field goal attempts (90 per cent), including four at 50-plus yards and was named a West Division All-Star.

Prior to coming to the Riders, Lauther was selected by the Hamilton Tiger-Cats in the seventh round (53rd overall) of the 2013 CFL Draft. He went on to play four games in Hamilton that season.