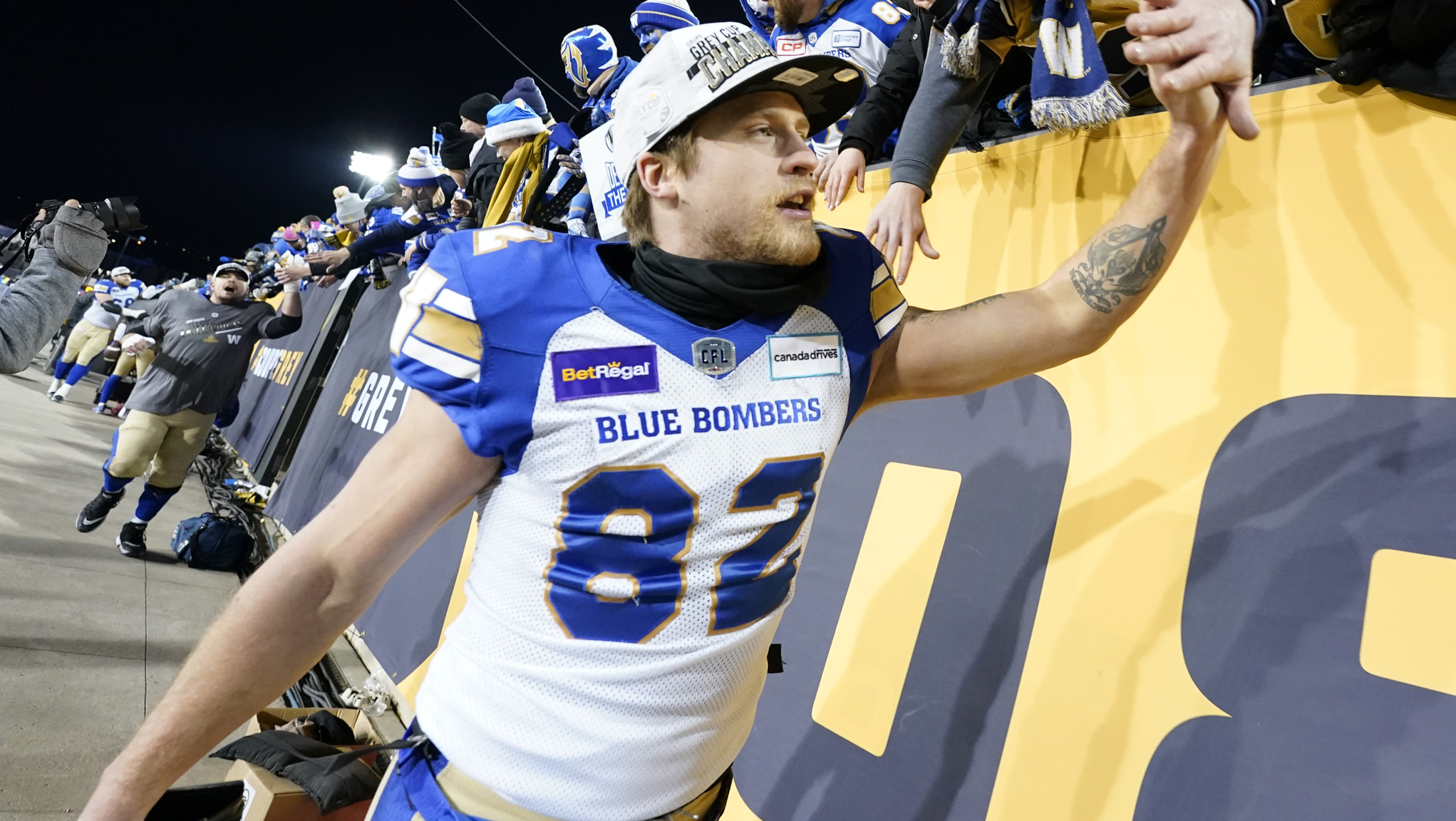 WINNIPEG — The Winnipeg Blue Bombers have agreed to terms on a two-year contract extension with Canadian receiver Drew Wolitarsky, the team announced on Monday. Wolitarsky was scheduled to become a free agent next week.

He dressed and started all 14 regular-season games in 2021, plus the Western Final and the 108th Grey Cup victory and finished with 32 receptions for 386 yards and one touchdown. He added six more catches in the two playoff games, including a Grey Cup performance in which he pulled in four passes for 48 yards – all of them in the club’s fourth-quarter rally.

Wolitarsky was chosen by the club in a 2017 Canadian Football League Supplemental Draft, with the club forfeiting a third-round selection in the 2018 CFL Draft to select him.