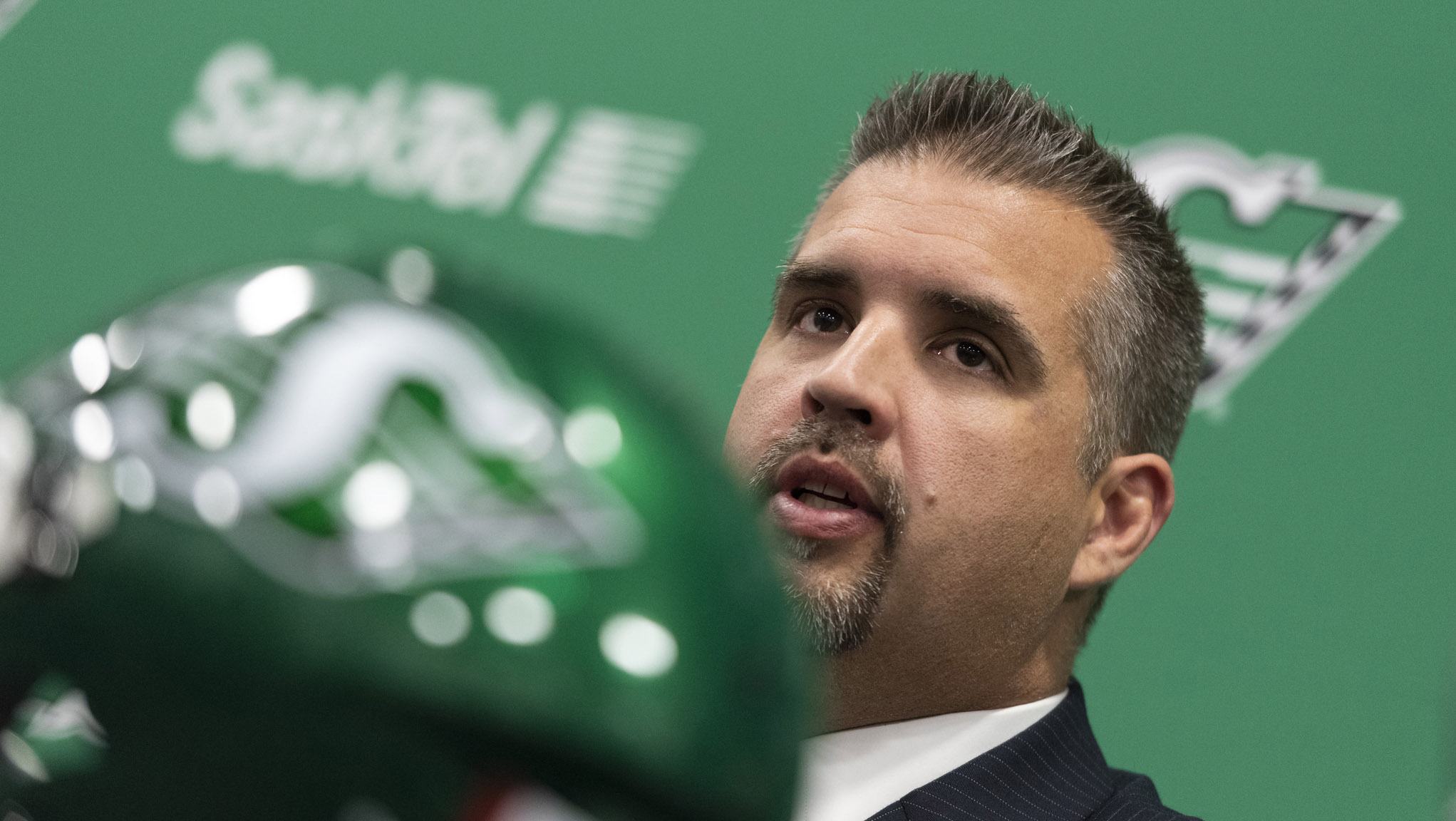 The days leading into the opening of free agency are a difficult time for general managers across the league.

On Wednesday, Saskatchewan Roughriders’ GM Jeremy O’Day gave a handful of reporters a glimpse inside of that, as best he could.

Speaking from his hotel room in Las Vegas, where he’s scouting at the East-West Shrine Bowl, O’Day confirmed that the Riders would not be pursuing a contract with defensive back Ed Gainey, bringing his five-year stay in Regina to an end. As for the numerous pending free agents that he may be in talks with this week, both on his roster and not, the third-year GM was forced to get a little vague. 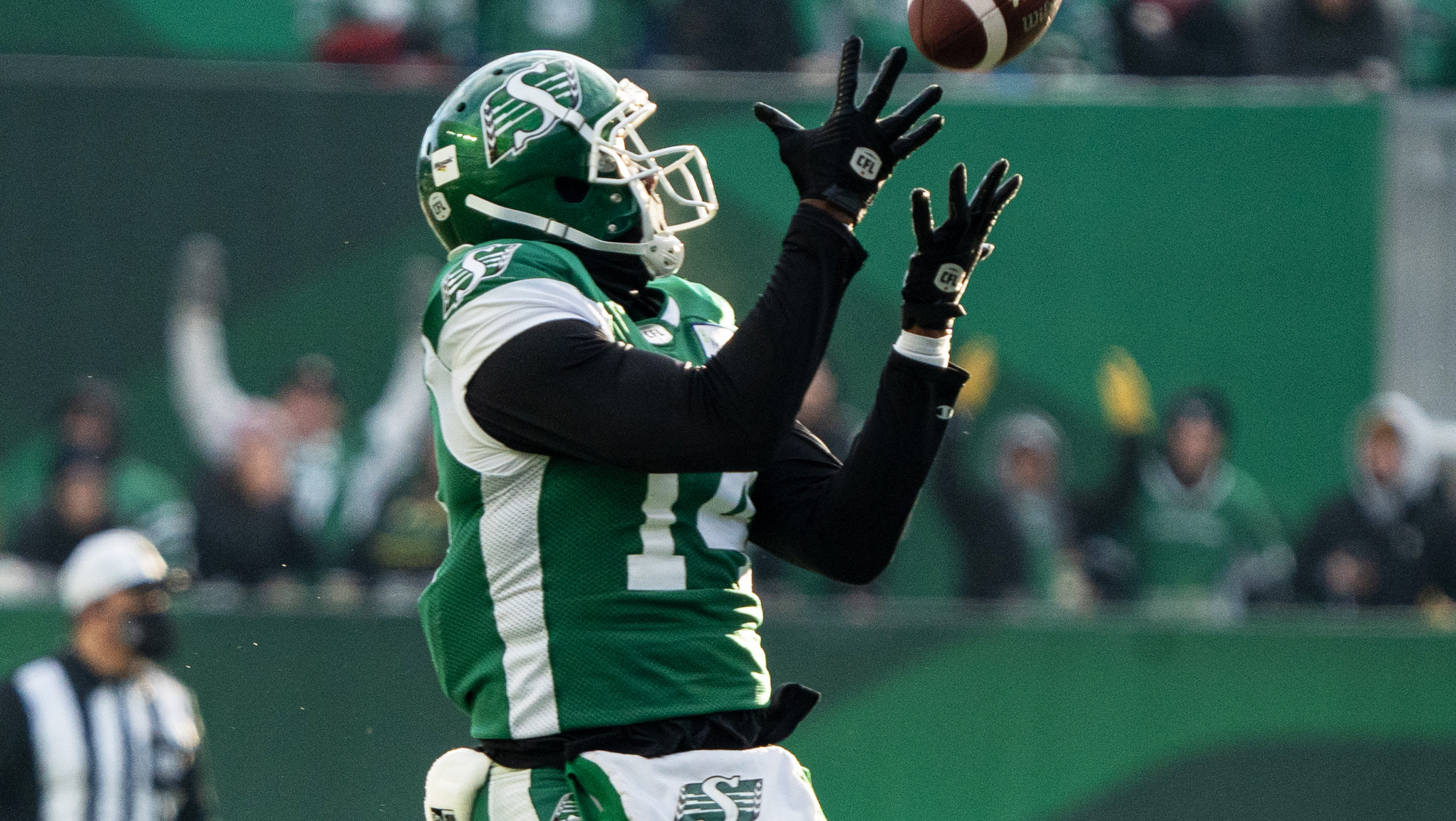 Duke Williams is one of a few Riders’ pending free agents that fans would like to see back in Saskatchewan for 2022 and beyond (Riderville.com)

“We’re not going to get into how close we are or where we’re at in negotiations with the players. I don’t know if that’s a good thing to do right in the middle of the negotiation period,” he said.

“We have discussions ongoing with multiple players. Some on our team, some on other teams. Obviously, after we get to the free agency period and through free agency, then we’ll be able to talk a little bit more open about it. From a strategy perspective, I think it’s probably important for us to kind of keep some of this stuff to ourselves on where we’re at with certain players.”

It’s been a busy off-season for O’Day. He’s managed to extend the contracts of a number of his key players like Shaq Evans, A.C. Leonard, Brett Lauther, Nick Marshall and Kyran Moore. He also got quarterback Cody Fajardo to restructure his contract for the 2022 season, giving the Riders a little more cap space at the time of year when they’ll need it the most.

With the free agency negotiation window flung open this week, O’Day is talking with players he’d like to bring on board for this season while trying to keep some of those key free agents he didn’t want to get into details on. Receiver Duke Williams, defensive lineman Micah Johnson and running back William Powell all remain unsigned at this point. 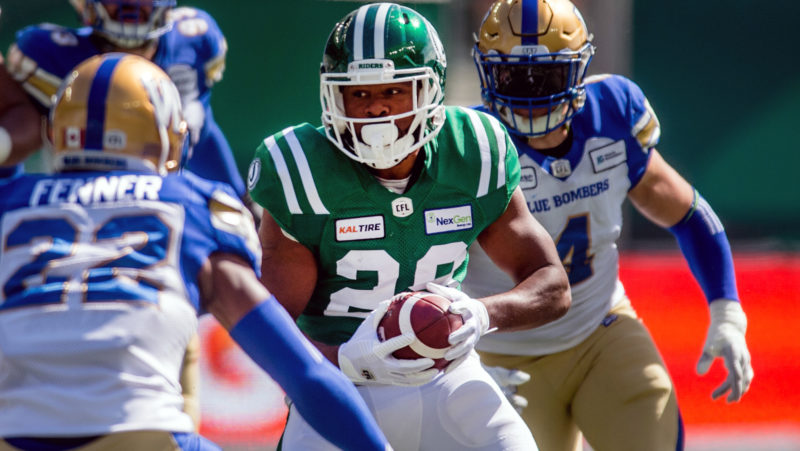 William Powell rushed for 733 yards with the Riders last season and appears to be headed to the free agent market (Matt Smith/CFL.ca)

The Riders head into a pressure-filled 2022 campaign that sees them host the Grey Cup this year. O’Day said that his approach to free agency doesn’t change in any way because the road to a championship ends in Regina.

Wherever the Grey Cup would be played this year, the Riders are a team that have a lot of good pieces in place and are looking for the ones that will make the difference to get them over the hump against their rivals one province to the east. The Winnipeg Blue Bombers have stood in the way of the Riders’ quest for a Grey Cup in the last three seasons.

O’Day said the tricky part of roster building for a team in this spot is trying to find the balance of compensating your players while finding ways to make all of the salaries fit.

“There are times where you wish you can just put the same team back together and add a piece or two, but the reality is there’s not a lot of guys that don’t expect a pay raise,” O’Day said. “That is a balance and something that we deal with on a daily basis. But it’s every team, it’s not just us.”