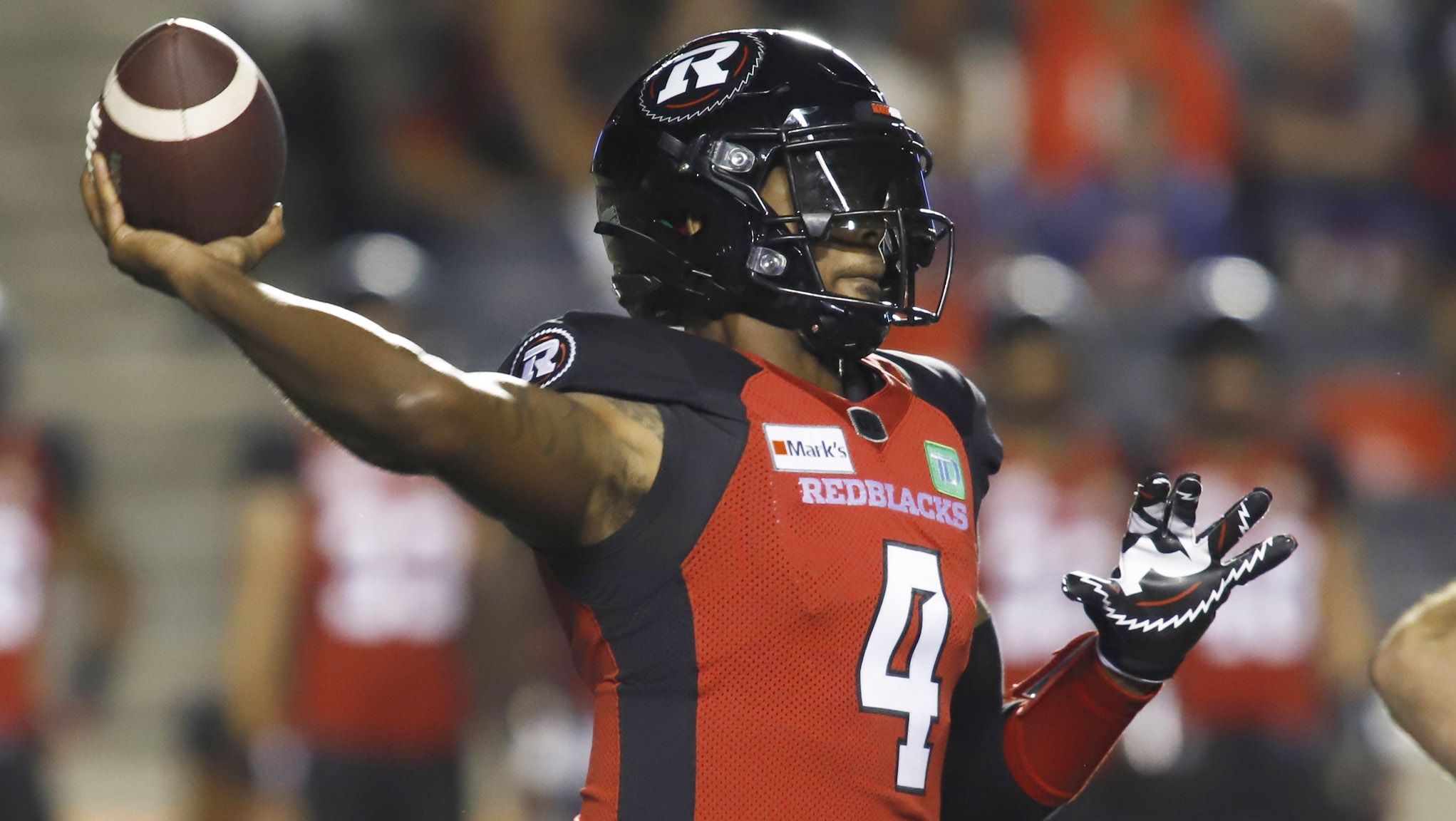 Davis (six-foot-four, 215 pounds) will enter his seventh season in the CFL in 2022, after spending the last three seasons in Ottawa. In 88 games in the CFL, he has completed 316 of his 503 passes for 3,640 yards and 11 touchdowns. The 32-year-old Lakeland, FL native also added 13 rushing touchdowns on 104 carries for 323 yards. In 2021, the former East Carolina University Pirate completed 59 passes for 674 yards and three touchdowns in Ottawa.

The team also announced it has released quarterback Matthew Shiltz, who was slated to become a free agent in the upcoming days. 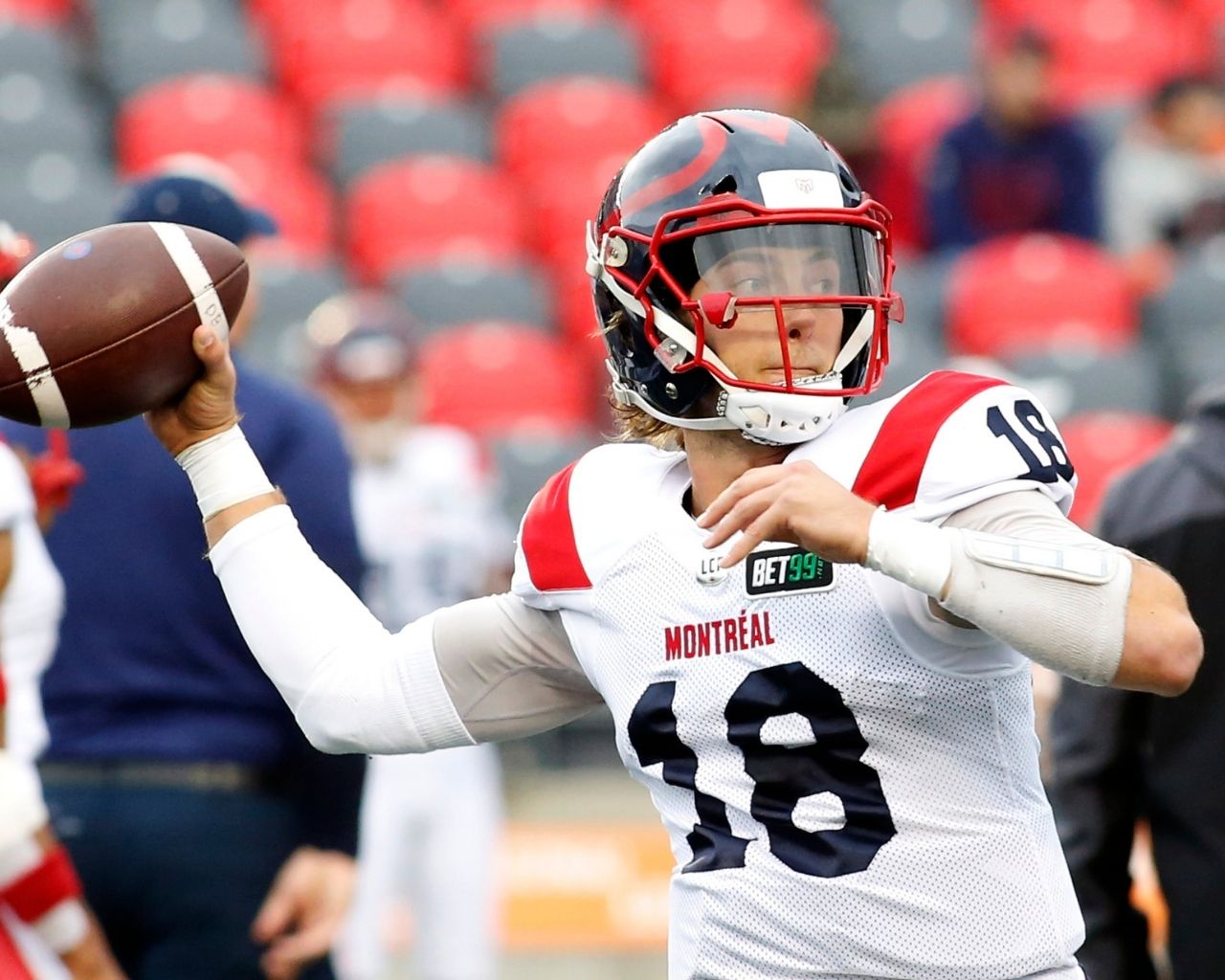 In his release from the Alouettes, Matthew Shiltz can jump into the free agent market immediately. With several teams in need of QB depth, he should have options on where he spends the 2022 season (Photo: The Canadian Press)

The Alouettes have also added American linebackers Josh Harvey-Clemons and Jordan Williams to the roster, as well as American offensive lineman Brian Fineanganofo.

Harvey-Clemons (six-foot-four, 245 pounds) amassed 41 tackles and 1.5 sacks, on top of defending four passes in 35 games with Washington in the NFL. The team had drafted him in the seventh round (230th overall) in 2017. The 27-year-old took part in the Miami Dolphins’ training camp in 2021. The Valdosta, GA native played for his home state University of Georgia Bulldogs for two seasons before transferring to the Louisville University Cardinals, completing his collegiate career with 225 tackles and three interceptions in 48 games.

Williams (six-foot-one, 220 pounds) played for the Baylor University Bears from 2016 to 2019. In 52 career-games, the Paris, TX native registered 119 solo tackles as well as 89 assisted, adding 3.5 sacks. The 24-year-old made three interceptions, while knocking down 14 passes, forced four fumbles and recovered one. Williams had a standout performance in the Big 12 Championship game in his last season, finishing the game with 13 tackles (eight solo, five assisted) and an interception. He signed as a free agent with the Atlanta Falcons following his collegiate career.

Fineanganofo (six-foot-six, 295 pounds) was named to the All-Big Sky Team during his last collegiate season with the Idaho State University Bengals, which led to a contract with the Cleveland Browns. The 26-year-old Los Angeles, CA native also suited up with the St. Louis BattleHawks in the XFL.