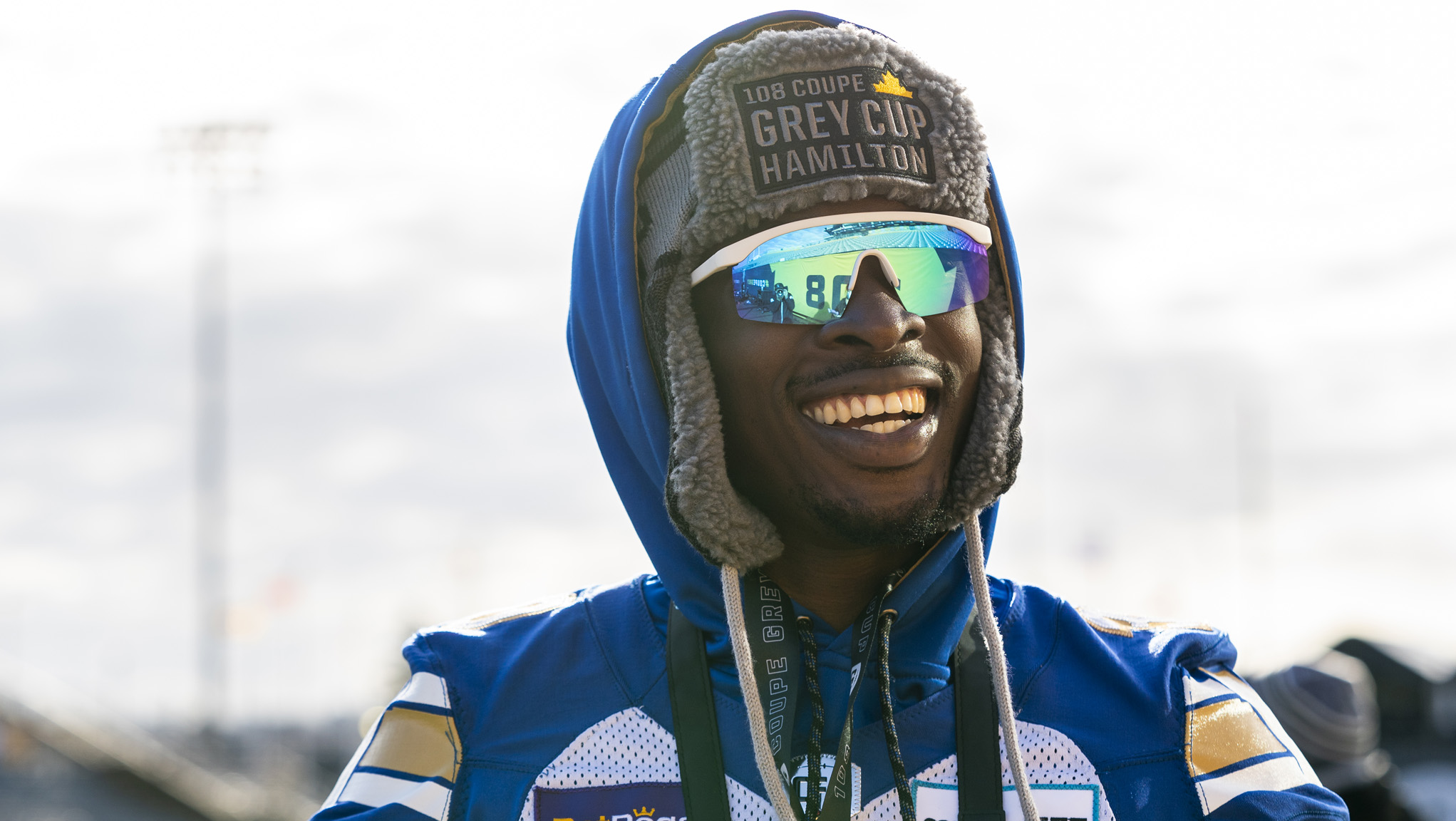 Winston Rose was at the centre of one of the most memorable plays in the long and storied history of the Grey Cup and certainly one that is now part of Winnipeg Blue Bombers’ folklore.

There’s also a connection to that moment back on Dec. 12 – Rose scooping a deflected pass from Deatrick Nichols into the arms of Kyrie Wilson in overtime to secure the Blue Bombers a second consecutive championship – and his return to the club in 2022 after signing a one-year extension. Yes, it could be said Rose has a complete understanding of being in the right place at the right time.

Waived by the Cincinnati Bengals last September, he returned to the Blue Bombers for their stretch run and another title. And while he would have hit the CFL’s free agent market next week, he also knew to wait on the club before leaning toward any decision to leave.

“From Day 1 before I left, I told Coach O’Shea, I told Richie (Hall, defensive coordinator), I was telling everybody that I wanted to come back,” Rose said Wednesday in a conference call with local media from his off-season home in Los Angeles.

“So, the process was pretty much me being patient and just seeing where the pieces fall. I was waiting for my time and waiting for when they were going to offer me.” 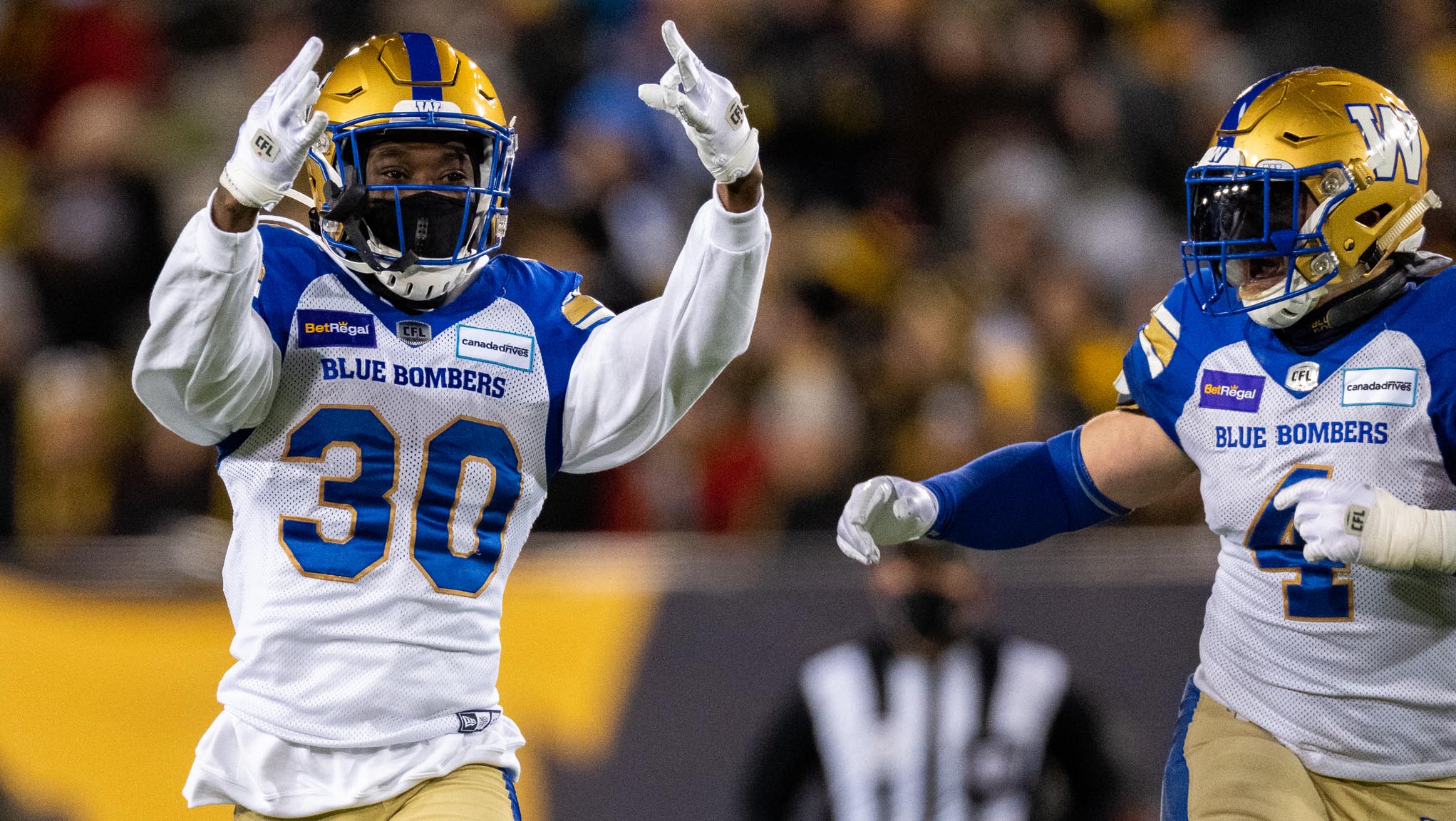 Through the last two seasons in Winnipeg, Rose found the perfect fit with the Blue Bombers and didn’t want to explore free agency this year (Kevin Sousa/CFL.ca)

“When Kyle (Walters, Blue Bombers GM) hit my agent and sent him an offer I told my agent I’m good with the offer, there’s just some things I want to switch around. Other than that, I was good with my offer and I already knew I was coming back to Winnipeg.”

There’s a theme here – the right place/right time angle – which dates back even further. Rose first broke into the CFL with Ottawa in 2017 and then spent 2018 with the BC Lions. That off-season he had choices and opted to sign with the Blue Bombers for 2019, a year in which he led the league in interceptions, was named a CFL All-Star and parlayed that into his opportunity with the Bengals.

When his phone started ringing last fall after his NFL opportunity had ended, Rose knew there was only one CFL team he wanted to return to for the rest of ’21.

“My transition coming back was more so believing in myself and knowing that you can go back and win another championship because that’s what I set my mind to, and that’s what happened,” he said.

“I just wanted to play. I was at home going on two months from being released and only having one workout in those two months. I was itching to get back on the field. And obviously, watching the (Blue Bombers’) season, how it was going and seeing how much fun those boys were having out there, I was like, ‘Man, I want to go and join that party.’ Like I said, making that transition I was betting on myself and rolling the dice and I won.”

Clearly, so did the Blue Bombers. The Nichols-to-Rose-to-Wilson play will be remembered the same way two other dramatic moments that sealed Grey Cup victory are in Michael Gray’s ‘Immaculate Interception’ in 1988 or Ken Ploen’s TD run in overtime in 1961.

“Man, I think about that play all the time,” said Rose. “Still to this day, my family members ask me, ‘How did you do it?’ And to this day, I’m still asking myself. It was just pure reaction.

“But that play right there, I wouldn’t say all the hard work and everything because it was just pure reaction, but it was special. It was special just to see how the game played out and to end the game how we did like that. It’s unbelievable. But I felt like it was earned. Everything that was built up to that moment, we really earned it. We really earned that championship and you can never take that from us. I’m smiling right now just reminiscing and playing the play over in my head.”

Rose spoke last October of the welcome he received the moment he walked back into the Blue Bombers’ locker room. There were familiar faces, sure, but he was also joining a secondary that featured three new faces in DeAundre Alford, Deatrick Nichols and Alden Darby.

After bouncing from team-to-team-to-team in his career, Rose will also insist his return is about more than just dollars and cents. It’s about fit and it’s about finally finding a football home. That sentiment was hammered home near the end of his availability on Wednesday when he was asked what it is about the organization that has had so many signing to come back rather than test free agency.

“Ah man, just the unity. That family feeling that I get in Winnipeg from the fans, the front office, my coaches, my teammates, the medical staff – everybody,” he said. “Winnipeg is a special place and it’s one of those places where you have to be there to understand and go through. Go through the season with the fans and just feel it.

“I can’t really say the words to give the praise to Winnipeg that how I feel about them. But I just know that if I was to go any other place it wouldn’t be the same. And I promise you, any other player that’s been on this team the past couple of years, they can say the same thing. From the locker room experiences to celebrating together to losing together, winning together, that pain that we feel, a close game that we lost, to adversity hitting us and just overcoming things – it’s that bond that we’ve built. And it’s a special bond. I can’t really put the words to it, but that’s it.

“Winnipeg is home to me,” Rose continued, “and I couldn’t see myself playing anywhere else at this exact moment right now. What we’ve done in these last couple years, I just feel like Winnipeg is the right place for me. They understand me. They let me be. And most importantly I can be myself.”