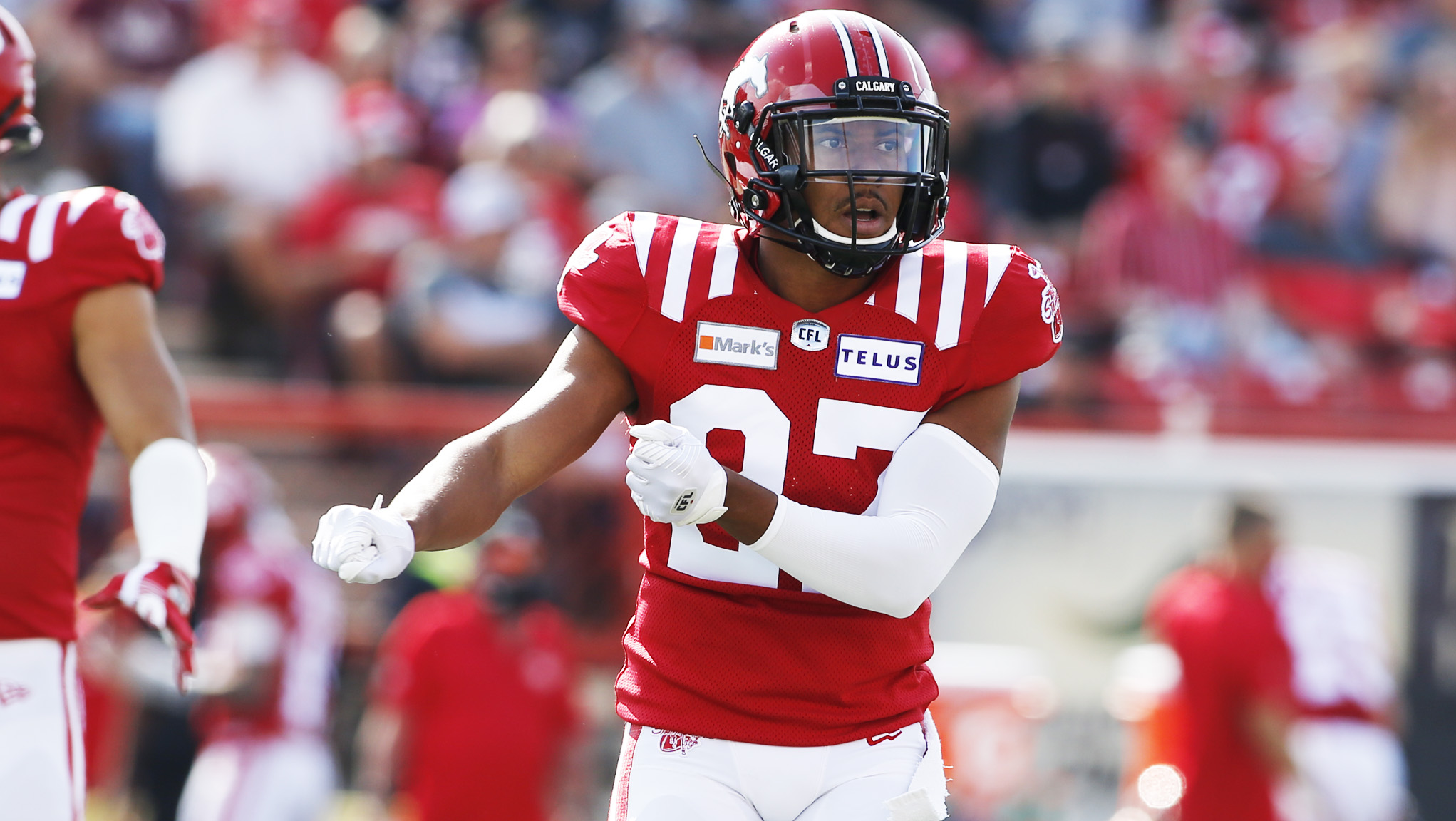 CALGARY — The Calgary Stampeders have signed American defensive back Jonathan Moxey. The Boise State alum – who made 13 regular-season starts for the Stamps in 2021 including 12 at the field corner position – had been eligible to become free agent on Tuesday.

“Jonathan was very good during the regular-season in 2021 and exceptional in our playoff game,” said Stampeders president and general manager John Hufnagel. “His versatility as a defensive back will provide us with options when we go into our 2022 training camp and getting him re-signed is an important step in solidifying our secondary and defence.”

“I thank God for the opportunity to play this game,” said Moxey. “Let’s honour Him by striving to be our best.”

After recording 24 defensive tackles, four special-teams stops, two interceptions including a 53-yard pick-six, five knockdowns and one fumble recovery in 13 regular-season games in 2021, Moxey had a spectacular performance in the Western Semi-Final with three interceptions.

He made his Stamps debut in 2019 and appeared in five games, making two defensive tackles and two special-teams tackles.

Prior to coming to Calgary, Moxey spent time on National Football League practice squads with the Tampa Bay Buccaneers and Arizona Cardinals.

In college, Moxey played 52 career games, including 38 starts for the Boise State Broncos and recorded 134 total tackles including 5.5 tackles for loss and three interceptions. Moxey also had one sack, one forced fumble, 31 pass breakups and 12 kickoff returns for 258 yards and an average of 21.5 yards per return. He earned second-team all-Mountain West honours in 2016 after leading the team with 13 pass breakups and making 50 total tackles including 4.5 tackles for loss.

Holley played three games for the Stampeders in 2021 and had 10 receptions for 105 yards and three kickoff returns for 57 yards. He finished the season on the club’s CFL practice roster.