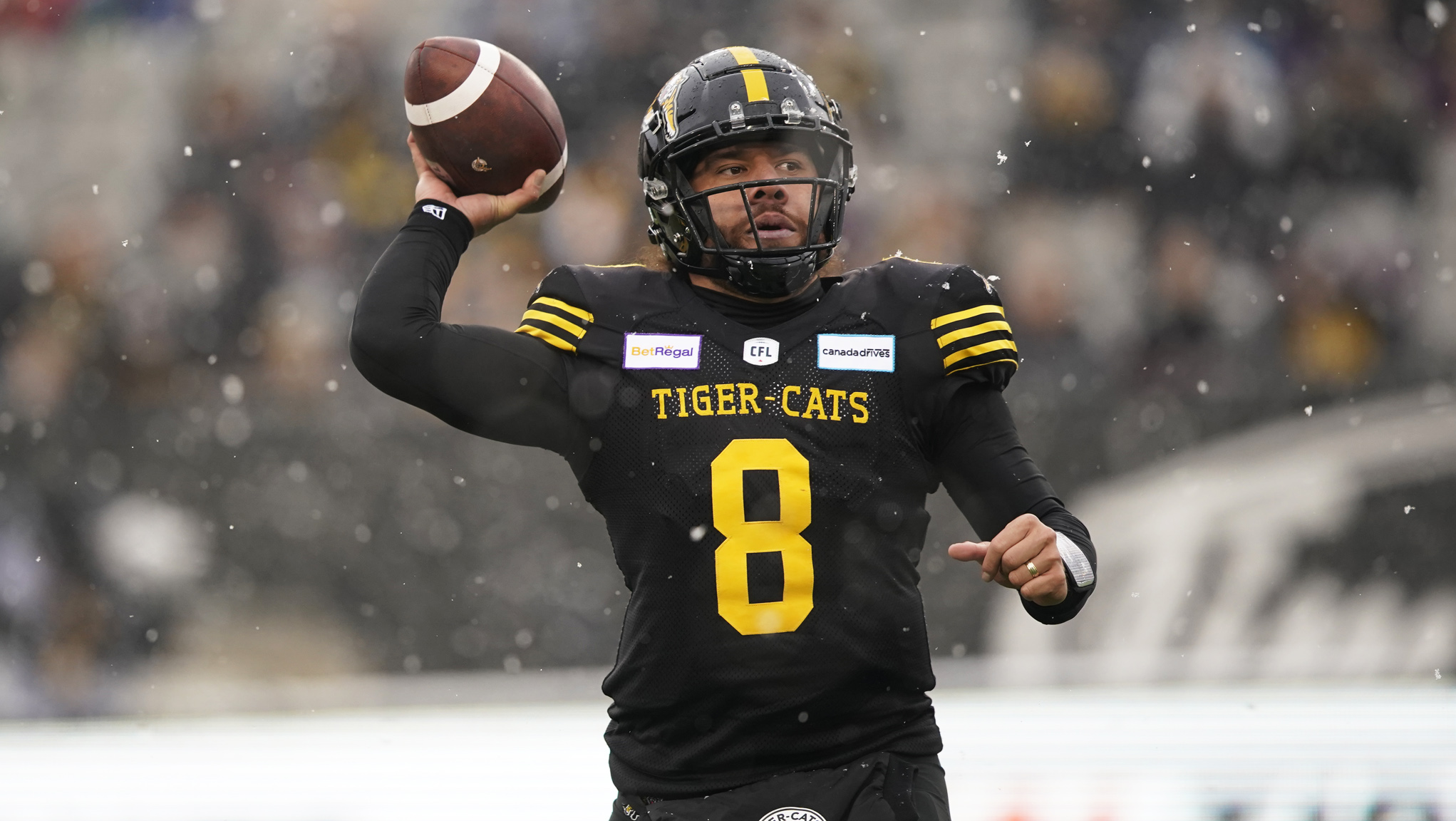 “I am blessed and excited to be a part of this great team, organization and community in Ottawa. We have one goal, one mission this year and it’s to raise the Grey Cup with RNation,” said Masoli.

“Ottawa has been a place I’ve always loved playing and now my family and I can’t wait to call this place home. Thank you again to the Ticats and Hamilton community for all of your support over the years. Looking forward to this new beginning!”

The 33-year-old pivot joins the REDBLACKS after spending eight seasons with the Hamilton Tiger-Cats. Masoli was an East Division all-star and the East Division’s nominee for Most Outstanding Player in 2018 and was a part of three Ticats teams that played for a Grey Cup (2014, 2019, 2021).

“Jeremiah is a consummate professional who has been a high-performing quarterback in our league for nearly a decade,” said REDBLACKS general Manager Shawn Burke. “We know RNation will give him a warm welcome and we thank Jeremiah and his family for choosing Ottawa for the next two years.”

Masoli brings a dual threat presence – along with throwing for 15,555 yards, he’s rushed for 1,507 through 114 games – and brings a wealth of experience to the REDBLACKS. Named the Ticats’ starter over Dane Evans out of the gate of the 2022 season, Masoli dealt with injuries before leading the team to the Eastern Final. After briefly giving way to Evans, a week later, Masoli went into the game when Evans sustained a neck injury. He led the Ticats through a narrow overtime loss, completing 20 of 25 passes for 185 yards, with two touchdowns. Masoli also rushed for 35 yards in the Grey Cup game.

“I’m excited to be able to work with Jeremiah. He is first and foremost an outstanding teammate and leader and has had great success on the field,” said Head Coach Paul LaPolice. “He has shown to be able to compete at a high level in the CFL. He and his family will be a great addition to RNation.”