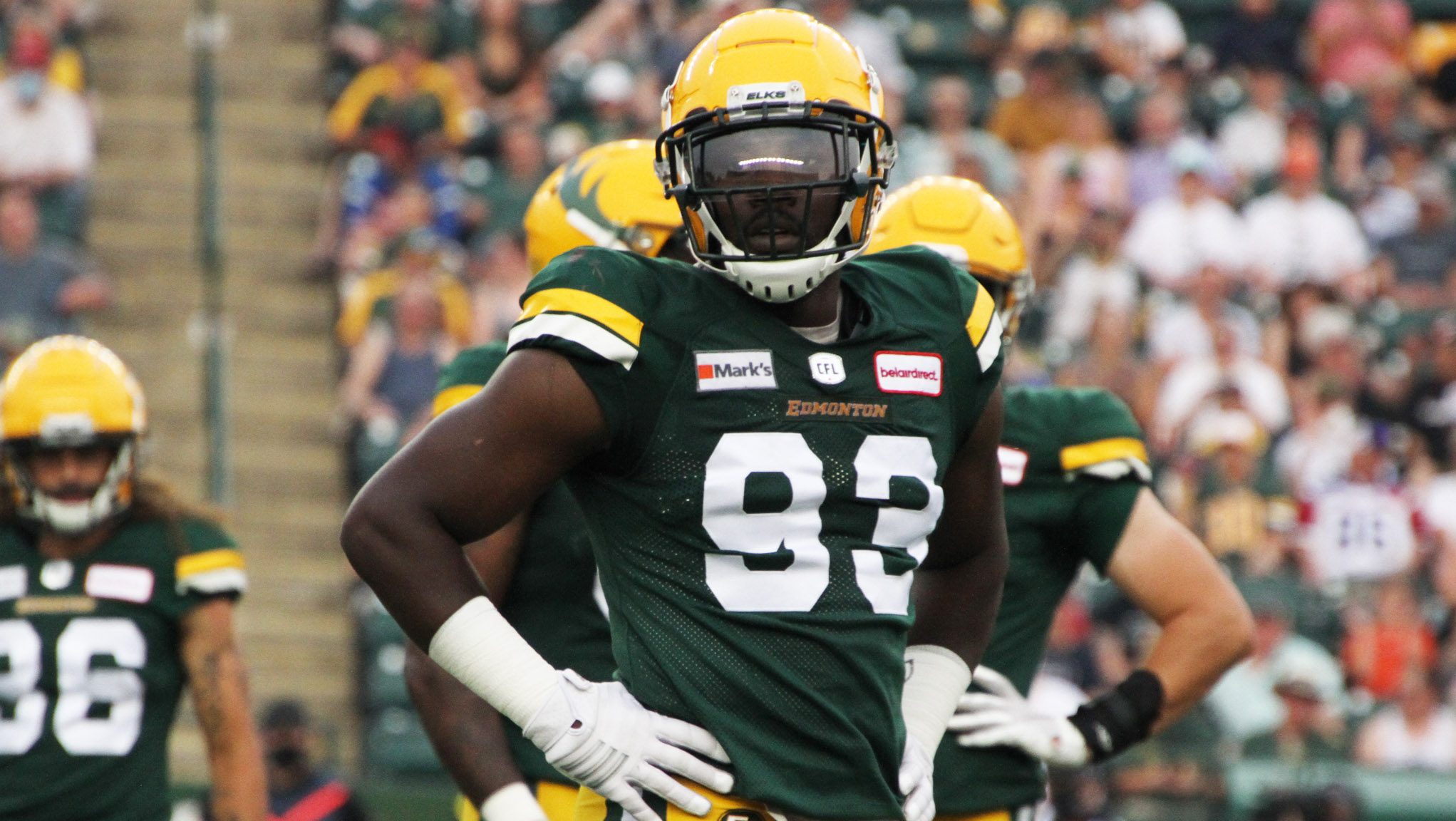 Kwaku Boateng, 26, brings athleticism and a penchant for getting at quarterbacks to Ottawa. The six-foot-two, 257-pound Wilfrid Laurier product had 25 sacks in his four seasons with the Elks. His nine-sack effort in 2018 is his personal best.

Boateng also has 82 career tackles and a pair of forced fumbles on his short but impressive resume. A fifth-round selection by the Elks in 2017, Boateng quickly showed that he could play at the pro level, and had three tackles in the Elks’ West Semi-Final showdown with Winnipeg. Boateng was twice (2018 and 2019) named the team’s top Canadian player.

“I’m grateful for this new opportunity and can’t wait for us to shock the league,” said Boateng.

Lorenzo Mauldin IV, 29, is a former third-round pick of the NFL’s New York Jets, Mauldin spent the last two seasons with the Hamilton Tiger-Cats. The 6-foot-4, 259-pound Sacramento native has 13 defensive tackles, 12 special teams tackles, four sacks, and a forced fumble in 17 regular season CFL games. Mauldin made his NFL debut with the Jets in 2015, and went on to record 33 tackles, 6.5 sacks, a fumble recovery, and an interception.

“I’m more than excited to join the REDBLACKS,” said Mauldin. “I’m looking forward to being a major piece of our puzzle going into 2022.”

Ty Cranston, 27, hails from Winnipeg but played for the University of Ottawa before being drafted by the Montreal Alouettes in the seventh round in 2017. In three seasons with the Alouettes, Cranston has recorded 38 defensive tackles, 24 special teams tackles and an interception in 34 regular season games. Cranston played 30 regular season games with the Gee-Gees from 2013-2017, recording 133 , defensive tackles, two forced fumbles, two interceptions and a fumble recovery.

“I’m very excited to have been given the opportunity to play for the REDBLACKS and to come back to Ottawa,” said Cranston.  “I’m looking forward to working with a new group of coaches and players and playing in front of the great fans of Ottawa and RNation.”