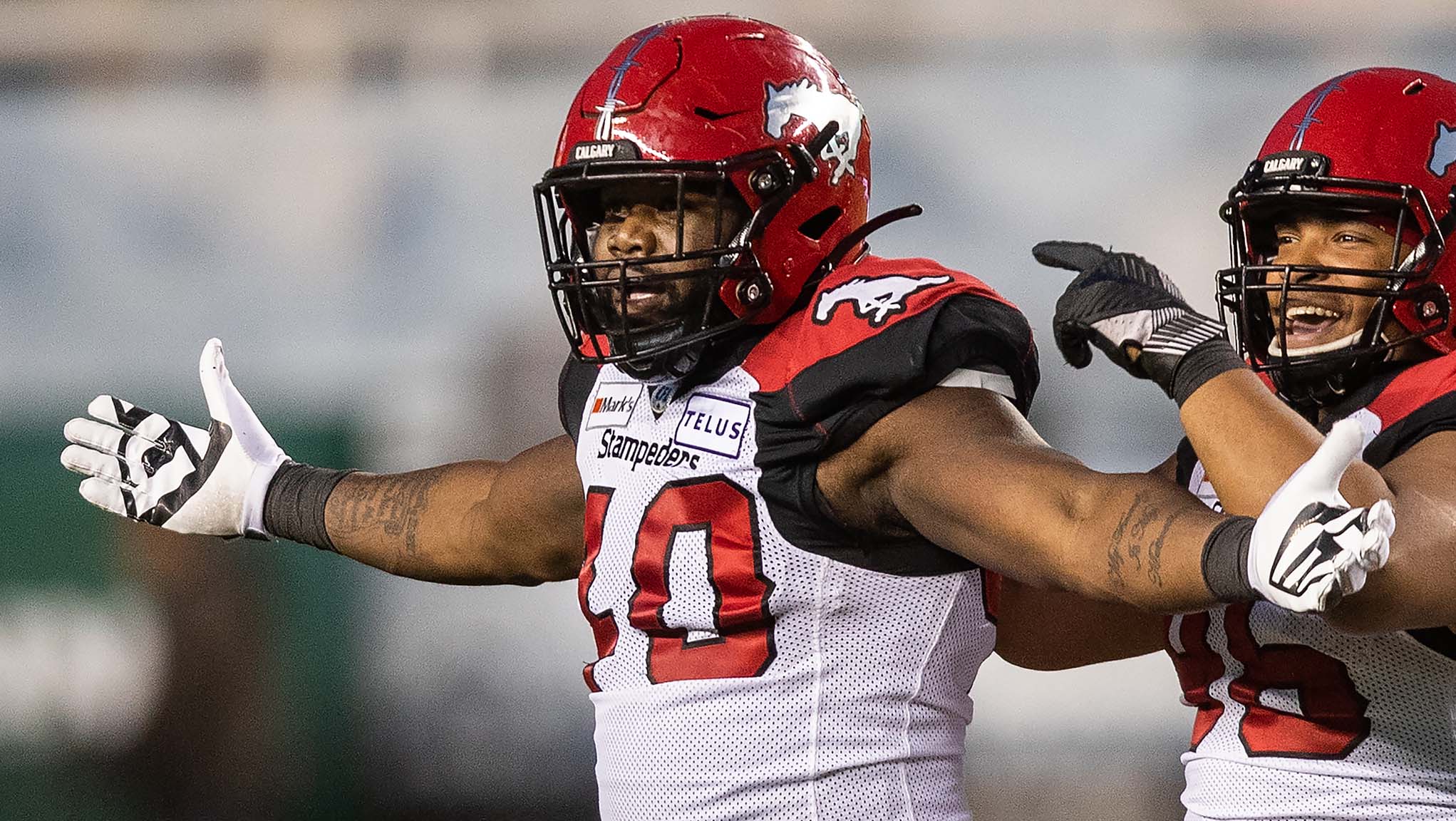 A 10-year CFL veteran, Lemon returned to Calgary in 2021 after a six-year absence, playing 11 regular-season games and making nine starts at defensive end. He had 26 tackles including a tackle for a loss, a team-leading eight sacks, two forced fumbles and two knockdowns.

“Shawn is an experienced player who has been an effective pass rusher over the course of his career and we’re pleased to have him back for another season,” said Stampeders president and general manager John Hufnagel.

Lemon is a veteran of 118 career regular-season games over nine CFL seasons including 35 contests with the Stampeders. He was a member of Calgary’s Grey Cup-championship team in 2014.

In addition to Calgary, Lemon has played for Saskatchewan, Edmonton, Ottawa, Toronto and BC and accumulated 202 defensive tackles including 16 tackles for loss, two special-teams tackles, 78 sacks, 25 forced fumbles, six fumble recoveries, one interception and 19 knockdowns.

“When life hands you lemons, pour up a tall glass for every QB in the league,” said Lemon.

The University of Akron product has reached double digits in sacks in three seasons including the 2014 campaign with the Stamps that also saw him tie a league record with eight forced fumbles.