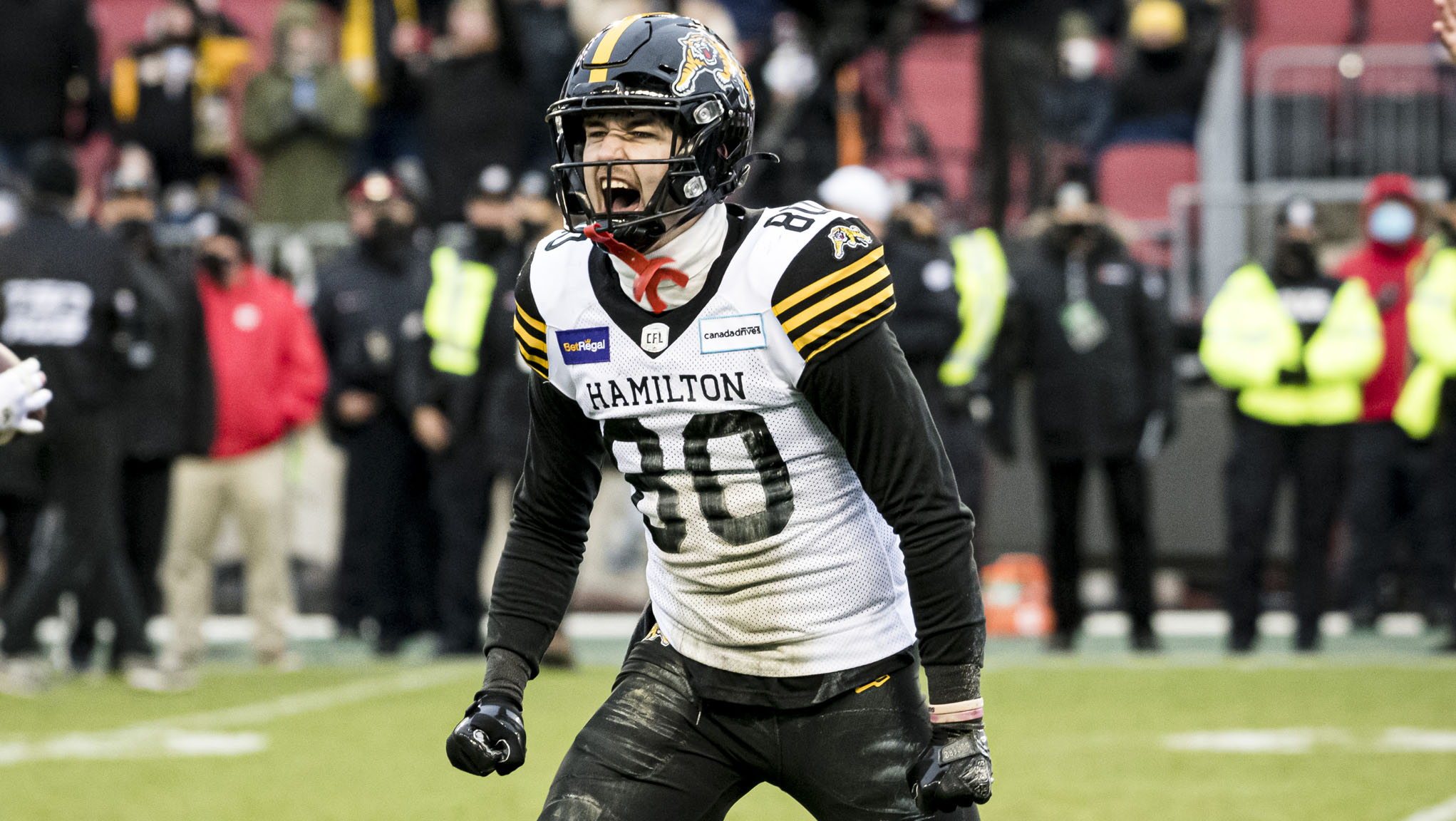 The 26 year-old Acklin comes to Ottawa from Hamilton, where he spent the first two campaigns of his CFL career. Acklin, who played college ball at Western Illinois, followed up a 708-yard campaign in 2019 with 678 yards and four touchdowns in 2021, while playing three fewer games. The Tiger-Cats reached the Grey Cup final in both of those seasons.

“I’m excited to get to work and I want to thank Ottawa and RNation for welcoming me,” Acklin said. “Can’t wait to represent the city and fans…it will be an honour.”

Hailing from Brampton, Ontario, Johnson was drafted in the fourth round, 32nd overall by the Lions in 2016. The product of both McGill and Western broke into the league as a full-timer in 2017, and has since posted 127 catches for 1,749 receiving yards, 399 yards after the catch, and seven touchdowns.The 28 year-old Johnson appeared in all 14 games for the Lions in 2021, tallying 30 receptions for 295 yards.

Johnson joins a receiving core that has been bolstered through free agency, with the likes of Acklin, and Darvin Adams agreeing to terms with Ottawa for the 2022 campaign, as well as the returning Nate Behar, and R.J. Harris.

“I am excited about taking the next step in my career and doing that in Canada’s Capital, it doesn’t get any better in my eyes,” said Johnson.  “I’ve loved playing in Ottawa since entering the league; the fans are great, the city is beautiful and I’ve had some of my better games there. I’m blessed and eager and can’t wait to get to work with Coach LaPolice and the rest of the staff! Go REDBLACKS!”