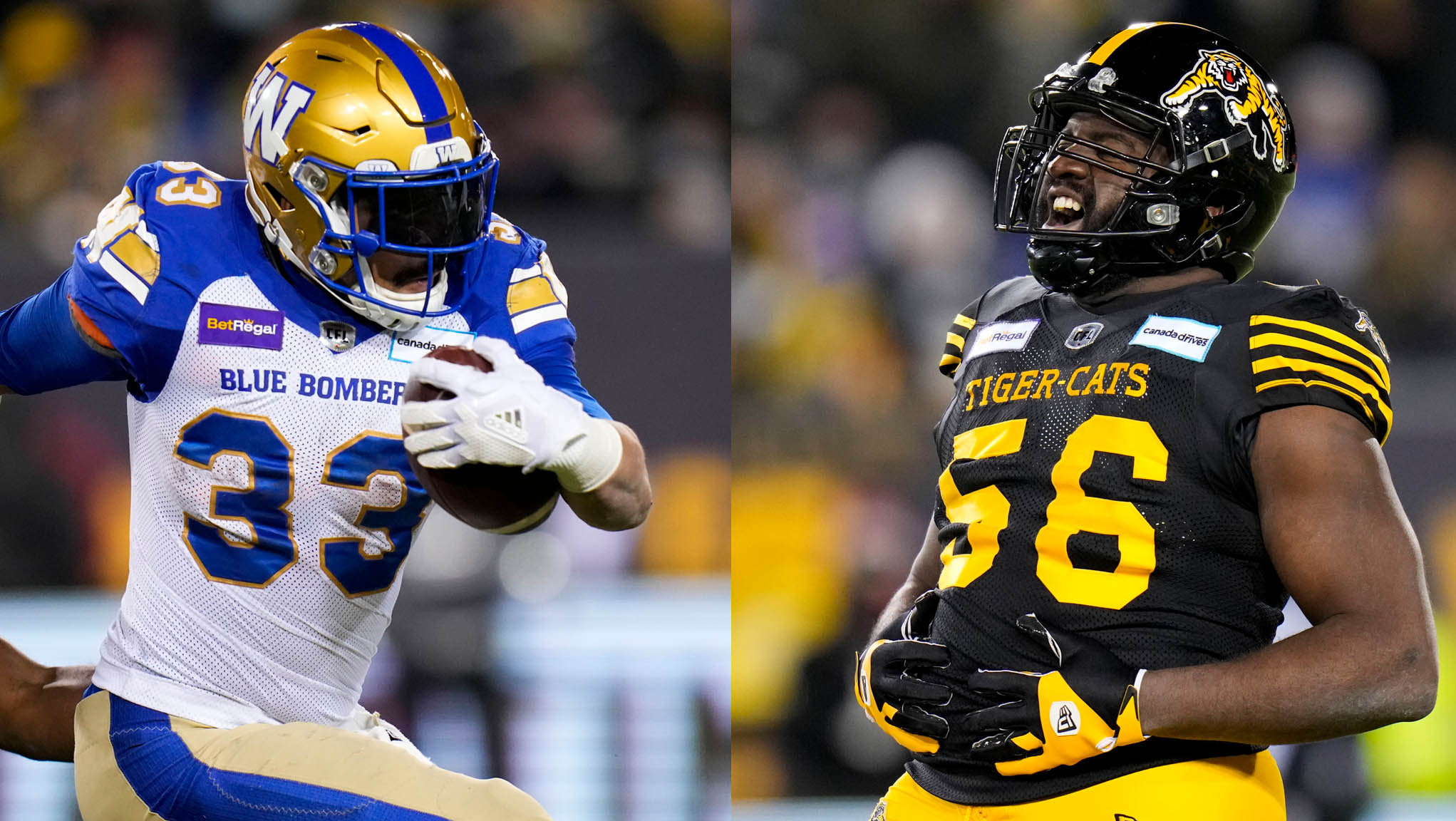 If you are a Toronto Argonauts fan the 2022 season comes down to one simple message: Grey Cup or bust.

I hate going all absolutist on this proclamation and of course injuries can change a team’s narrative in a flash but after the signings of Andrew Harris, Ja’Gared Davis and DaShaun Amos, how am I supposed to have any other expectation?

Let me start by giving my sincere apologies to DaShaun Amos, who made a West Divisional all-star team in 2019 and he won’t be given much attention in this article. But for Argonauts fans, the start of free agency comes down to two names: Andrew Harris and Ja’Gared Davis.

Is it strange to say that the second-biggest addition to the Argonauts’ organization is the five-time CFL all-star, the greatest Canadian running back of all-time — you know what, let’s throw out the passports and say one of the top-five best running backs in CFL history. I’m fairly sure that last sentence was a grammatical nightmare and I am even more sure that Davis could have the bigger impact, but we will get to him in a second. 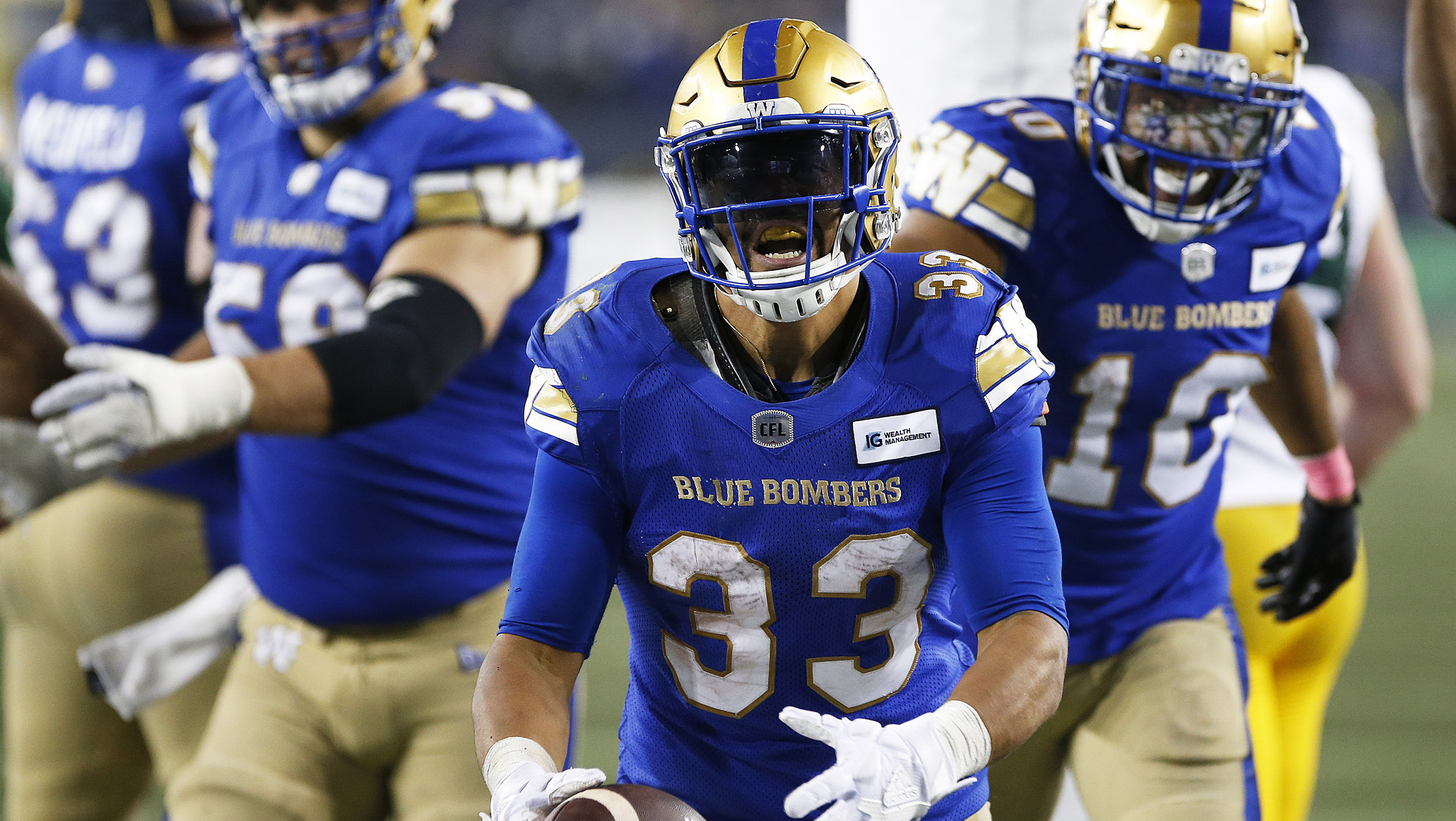 Andrew Harris brings the possibility of a dominant, 1,000-yard rushing running back to the Argos’ offence, which is something the team hasn’t had since the 2016 season (The Canadian Press)

From a fit standpoint, this signing makes a ton of sense. In 2021 Toronto was seventh in rushing yards and second-last in average gain per rush. D.J. Foster and John White both had their moments, but the Argonauts did not have that sledgehammer of a running back. Harris adds a dynamic this team has lacked for so long, that running back where everyone knows on second-and-four, they’re going to get the ball and yet they still convert.

It has been ages since Toronto had a 1,000-yard rusher on their roster. James Wilder Jr. was spectacular in his rookie season in 2017 with a ridiculous 7.1 yards per carry but the last time a player wearing Double Blue had over 1,000 yards rushing was Brandon Whitaker, who eked out 1,009 yards in 2016. You had to know a player with Pinball Clemons’ past had to find a running back the offence could revolve around.

There are of course two big red flags with this signing and they are Harris’ age and the offensive line blocking for him. His age feels like the lesser of the concern. At 34, Harris averaged over 90 yards a game and his 5.4 yards per carry was better than all other top running backs not named William Stanback.

Did Harris look old to you when he was gashing the Saskatchewan Roughriders defence for 136 yards in the Western Final? In the Grey Cup his numbers were not as gaudy, but he still hammered the Hamilton Tiger-Cats’ defence with 18 rushes for 80 yards. I have confidence in the durability and productivity of the only player in the CFL to capture both the Most Valuable Player and Canadian Award in Grey Cup history with his 134 rushing yards and two touchdowns in the 2019 Grey Cup. I haven’t even focused on the fact he will catch 60 balls in his sleep ,making life easier for McLeod Bethel-Thompson when a check down is needed, or the pass protection goes haywire.

However, to make to this match work Pinball and the rest of his scouts must ensure the blocking in front of Harris is sound. A Porsche is just a hunk of metal without gasoline and even the best running backs need some sliver of daylight.

I don’t expect Toronto to line up with five Stanley Bryants to start the year, but they will need a better push from their line to allow Harris to excel. Before we move on, I know the loss of Harris must sting for Winnipeg but to Blue Bombers fans I say that it could have been worse; he could have ended up in Saskatchewan!

They lost their leading rusher in William Powell so a scenario was there.

The biggest non-quarterback free agency signing has to be Ja’Gared Davis going from the Hamilton to Toronto. I mean, when was the last time you saw a defensive linemen do this?

I can watch Marshall Ferguson break down this play 1,000 times and it will never get old. Much like Harris is a natural fit for what Toronto needs on offence, the same can easily be said for Davis, who could be the final puzzle for an Argonauts’ defence that was good but not great in 2021.

This signing is a perfect statistical marriage. Last year Toronto was second-last in sacks generated and for the most part the Argonauts were, by most important measurements a middle of the pack defence. However, there were two categories that stuck out for me: The team was second-last defensively in both yards per play and highest amount of yards allowed on first down. This will change with Davis causing mayhem for opposing left tackles, right tackles and everyone in between.

Everyone points to the astounding fact that Davis has been a part of the last five Grey Cups but for the Argonauts the more important “five” was the five sacks Davis recorded during Hamilton’s Grey Cup run last year. I’m sure it was not lost on Argo management that Davis made life miserable for Thompson in the Eastern Final. Finally, bonus points for Toronto to not only improve their own defensive line but hurt their QEW rivalries as well. This is the definition of win-win.

There are still big names and fascinating stories to be written about this crop of free agents but the addition of these two blue chip players to the Double Blue have put them as the favourite to come out of the East. These are lofty expectations but the talent add demands nothing less.