Steinberg’s MMQB: One intriguing FA addition from every team 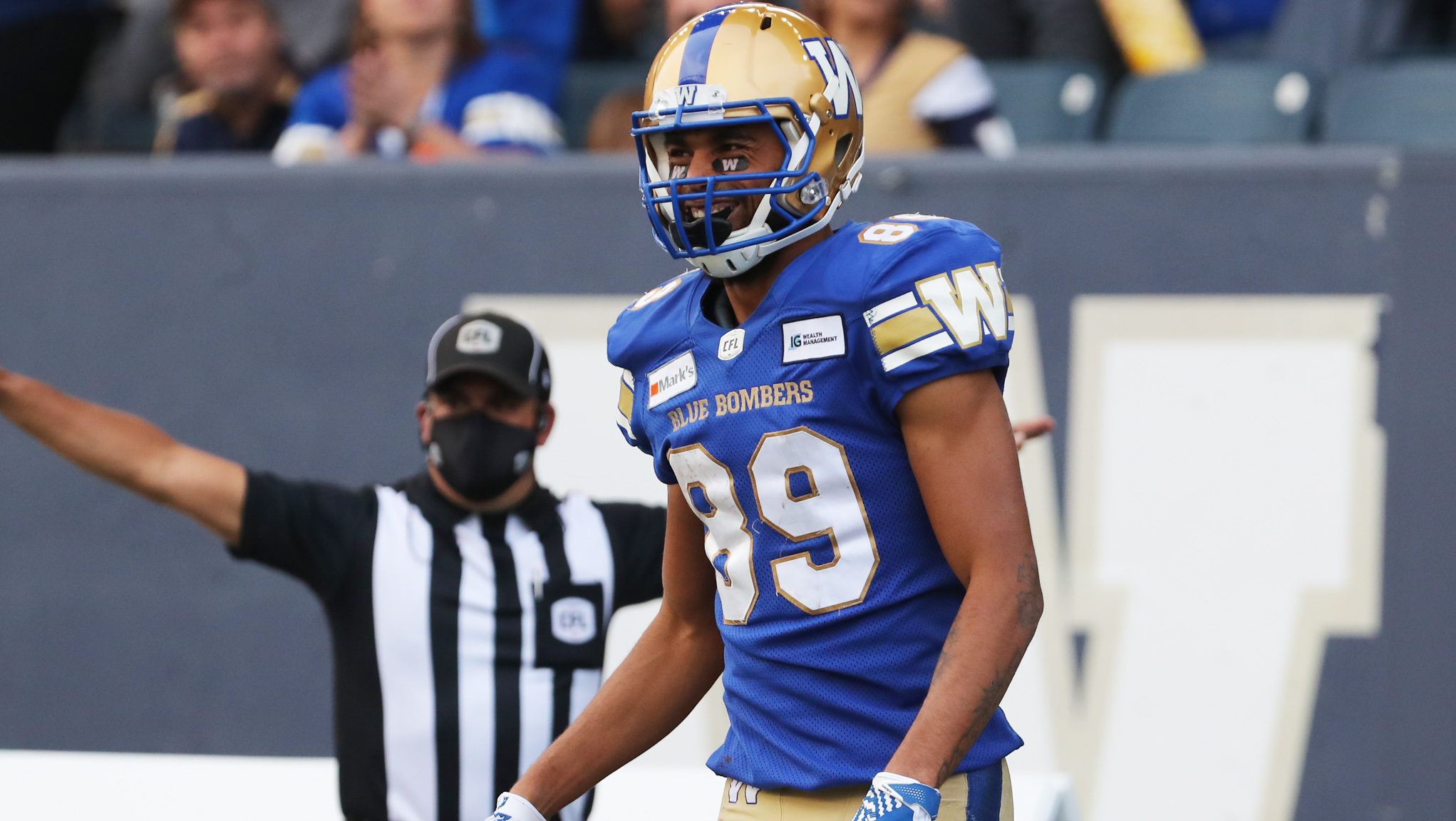 Steinberg’s MMQB: One intriguing FA addition from every team

We’re almost a week into 2022 free agency and we’ve seen nonstop player movement since the market opened Tuesday. Everyone has gotten in on the action to varying degrees and I’ve compiled my list of each team’s most intriguing addition so far.

After a pair of productive seasons in Edmonton, Ellingson joined the Blue Bombers on day one of free agency. It’s a great add for Winnipeg as they’re bringing in one of the league’s most prolific receivers over the last decade. Ellingson has finished top eight in receiving yards in each of the last six seasons and was able to do so in 2021 despite a tumultuous year for the Elks.

It’s a great fit for both sides. With back-to-back Grey Cup titles comes cap casualties and the Bombers had a pair of them at receiver in Kenny Lawler and Darvin Adams. Ellingson is a great contingency plan, if you can even call him that, for Winnipeg. For Ellingson, it’s a chance to remain a top volume receiver with an elite quarterback and a chance to win.

Leonard is back where it all started. After one season with the Stampeders, Leonard has signed back in Hamilton where he played the first three years of his CFL career. Once again, the Tiger-Cats have assembled an embarrassment of riches in the defensive backfield. Two-time East Division All-Star Leonard joins a secondary that also boasts the likes of Cariel Brooks, Jumal Rolle, and Desmond Lawrence, among others.

Leonard suited up in 13 games in his one season with Calgary, racking up 25 tackles, one interception, and one sack. What’s good about Hamilton’s backfield is how versatile everyone is, and Leonard is a perfect fit. The Stamps considered using him on both the field and boundary sides at either halfback or cornerback, before finally opting to slot him at field half. 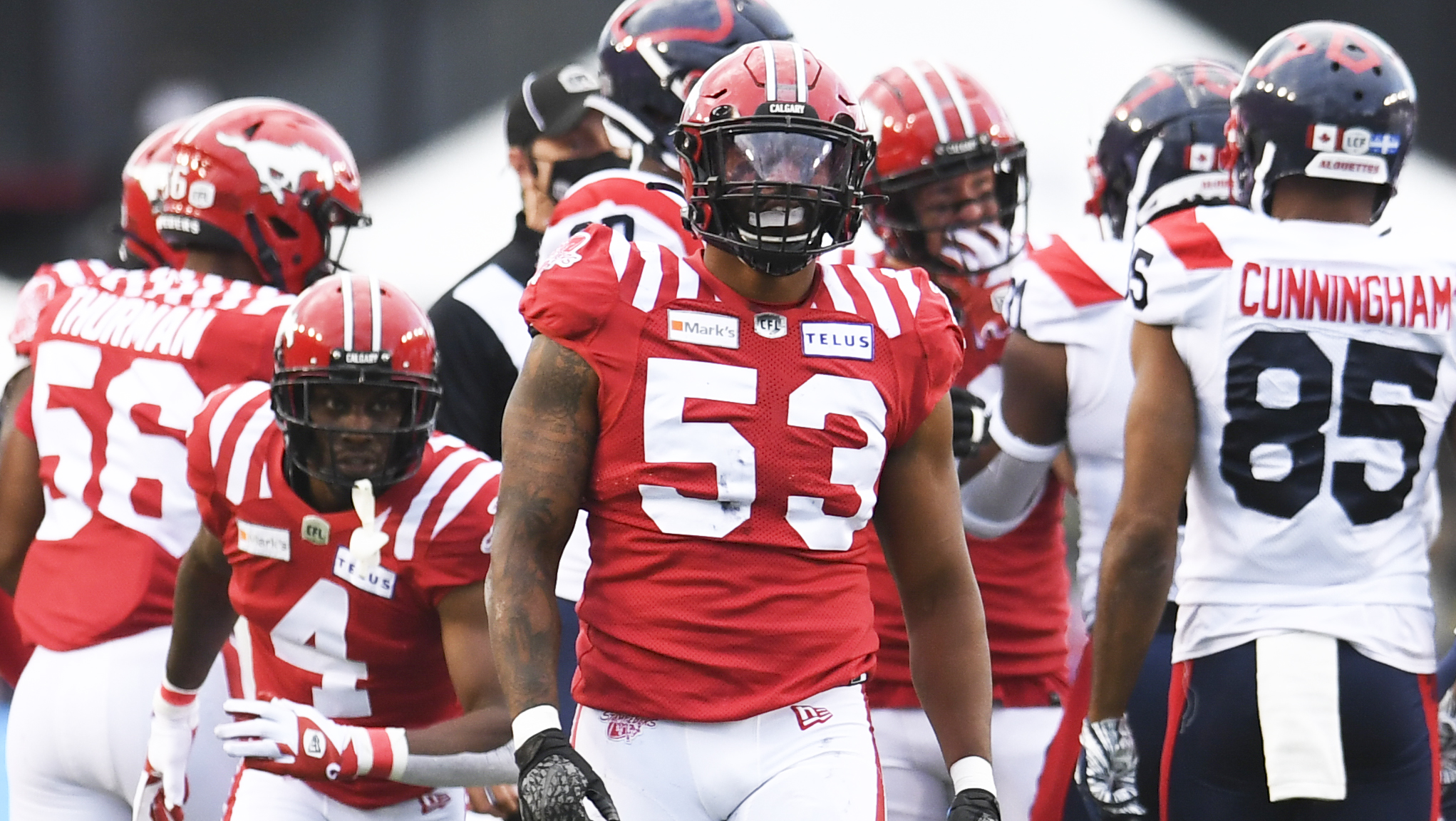 Darnell Sankey was the CFL’s leading tackler in 2021 with 97 (Stampeders.com)

This is a fascinating addition for the Roughriders. By adding Sankey, Saskatchewan has brought in one of the breakout stars of 2021 from their top rival. In his first year north of the border, Sankey led the CFL with 97 defensive tackles and helped Calgary to a 16th consecutive playoff appearance. This is unquestionably a high impact signing by the Riders.

But where it gets interesting is how everything shakes down at linebacker. Saskatchewan has also brought back fellow middle linebacker Larry Dean, who missed all of last season with an Achilles injury sustained in camp. With free agent signing Derrick Moncrief firmly installed at SAM, does one of Dean or Sankey slide to WILL? And will Dean even be ready for camp after such a serious injury? I’m looking forward to watching this one play out.

For a third straight winter, the Argos haven’t made choosing one intriguing addition easy. General manager Pinball Clemons has been busy again in the market, adding superstar names like Ja’Gared Davis and Andrew Harris already. But it’s his Sunday signing of 2019 Most Outstanding Player Banks that has me the most interested.

I know many believe Banks’ career may have peaked, but I saw signs to the contrary in the second half of 2021. Banks had four touchdown catches in his last six games of the season, including one in Hamilton’s Grey Cup loss to Winnipeg. And, knowing that the Ticats and Banks couldn’t agree to a new deal, you can bet he’ll have a chip on his shoulder playing less than 100 kilometres away.

While technically not a free agent signing, Judge is still a massive addition for the Stampeders. Acquired from Toronto in a deal that sent fellow Canadian Royce Metchie the other way, it feels like Judge is poised for a bounce back season with Calgary. While his only season with the Argos didn’t go as planned, Judge isn’t that far removed from his breakout 2019 season. That year he racked up 61 tackles and five sacks as a member of the Riders.

The Stamps are counting on Judge returning to that form, especially now that Sankey’s departure has been confirmed. There’s a good chance the returning Jameer Thurman, who might be the CFL’s best all-around linebacker, slides from the weak side to the middle. If that happens, there’s a wide-open spot at Judge’s preferred WILL linebacker spot.

The Als are getting a lot with this signing. Mayala was born and raised in Montréal and, while being fluently bilingual, French is his first language making him a perfect fit for the market. On the field, the Alouettes are adding a 26-year-old with immense ability and potential that seems ready to pop off. While it didn’t happen in 2021 with Calgary, all the signs are still there.

Last season saw Mayala catch 29 passes for 284 yards, which was down from his rookie year totals of 38 and 562. But let’s not forget what Mayala showed us down the stretch in that rookie season where he caught five touchdowns and averaged more than 80 yards per in Calgary’s final five games. That’s the type of potential Mayala possesses, and he’s going to be given every opportunity to realize it in Montréal.

I thought 2021 was Ménard’s homecoming, but perhaps he’s grown an affinity for the west coast. After six seasons in BC, Ménard joined the Alouettes for 2021 and returned to the city where he played his college ball as a member of the Carabins de l’Université de Montréal. What’s more, Ménard had the best season as a member of the Als, finishing with 18 tackles, eight sacks, and two forced fumbles en route to being named an East Division All-Star.

Now back with the Lions, the team that drafted him in 2014, Ménard has the chance to solidify a defensive line that had trouble establishing a pass rush last year. Ménard is an impact interior lineman and carries a Canadian passport, which is somewhat rare at the position. Back in his old stomping grounds, and working with a defensive guru head coach in Rick Campbell, I expect big things from Ménard in 2022. 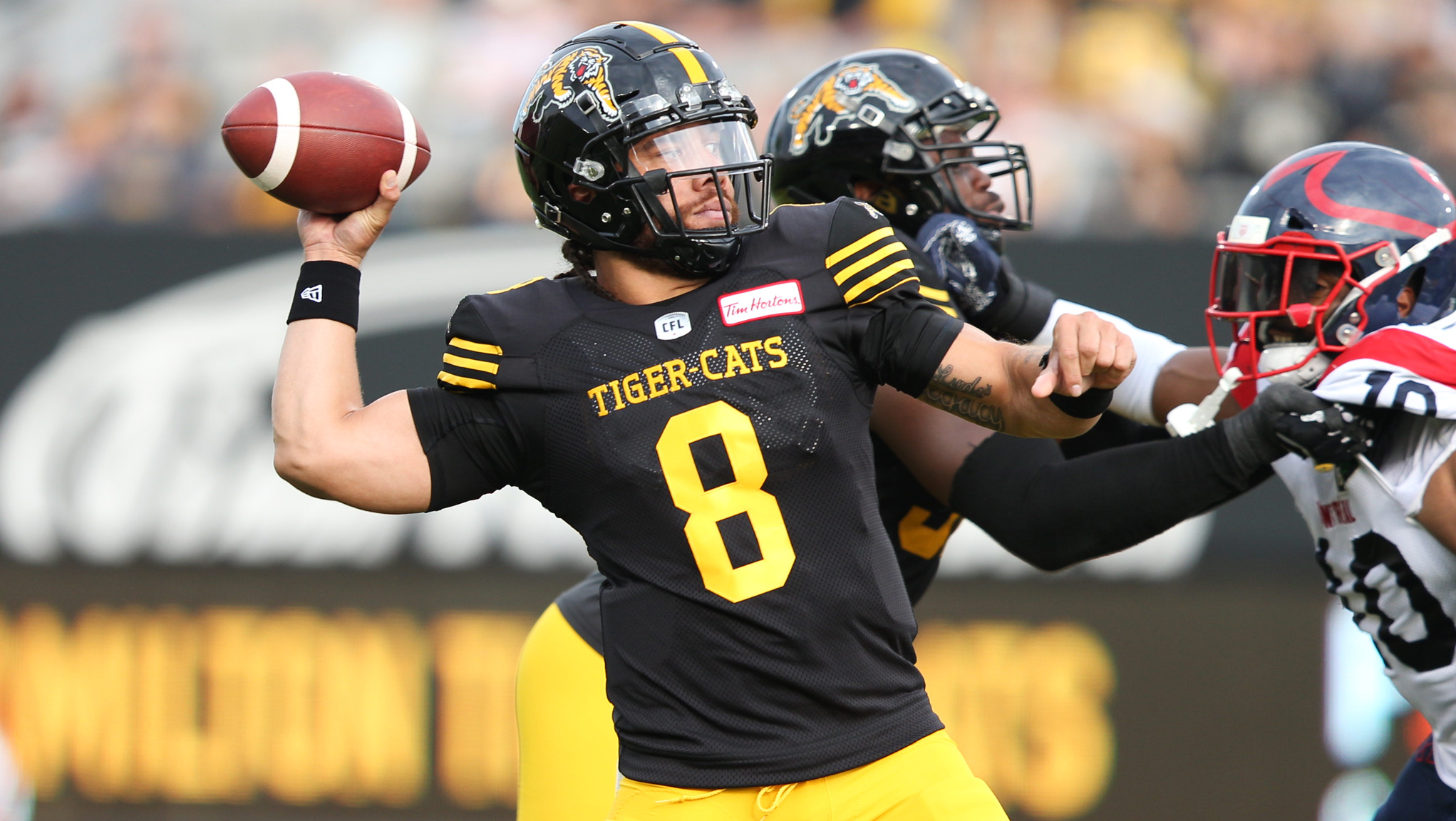 Jeremiah Masoli spent eight seasons with the Hamilton Tiger-Cats and is now a member of the Ottawa REDBLACKS (Geoff Robins/CFL.ca)

No team has a longer list of free agent additions than Ottawa, as new general manager Shawn Burke has gone to work. While names like William Powell, Ucambre Williams, Patrick Levels, and Darvin Adams are all notable, it’s hard to find any player more fascinating than Jeremiah Masoli. The REDBLACKS have a lot riding on the 2018 East Division Most Outstanding Player.

I’ve always been a big Masoli believer, and that remains true today. But this is a new situation for him after being on one team for so long. Expectations will be high in Ottawa knowing how much they’ve struggled finding consistency at quarterback the last couple years. I think Masoli is up for the challenge, and I also give the REDBLACKS credit for surrounding him with trusted help.

The Elks have also been a busy group in free agency as new head coach and general manager Chris Jones starts to put his stamp on the team. Jones has added a lot, but it’s his big money signing of Lawler that simply can’t be ignored. Lawler was THE breakout star of 2021 and finished with a league-leading 1,041 receiving yards to go along with six touchdowns; he was the only CFL receiver to eclipse 1,000 yards.

While Edmonton has some questions to answer at quarterback, they boast some flashy receiving options. Lawler joins the returning Derel Walker who’s coming off a disappointing season, at least by his lofty standards. With a motivated Walker and the incoming Lawler, the Elks have the potential for a deadly one-two receiving punch.