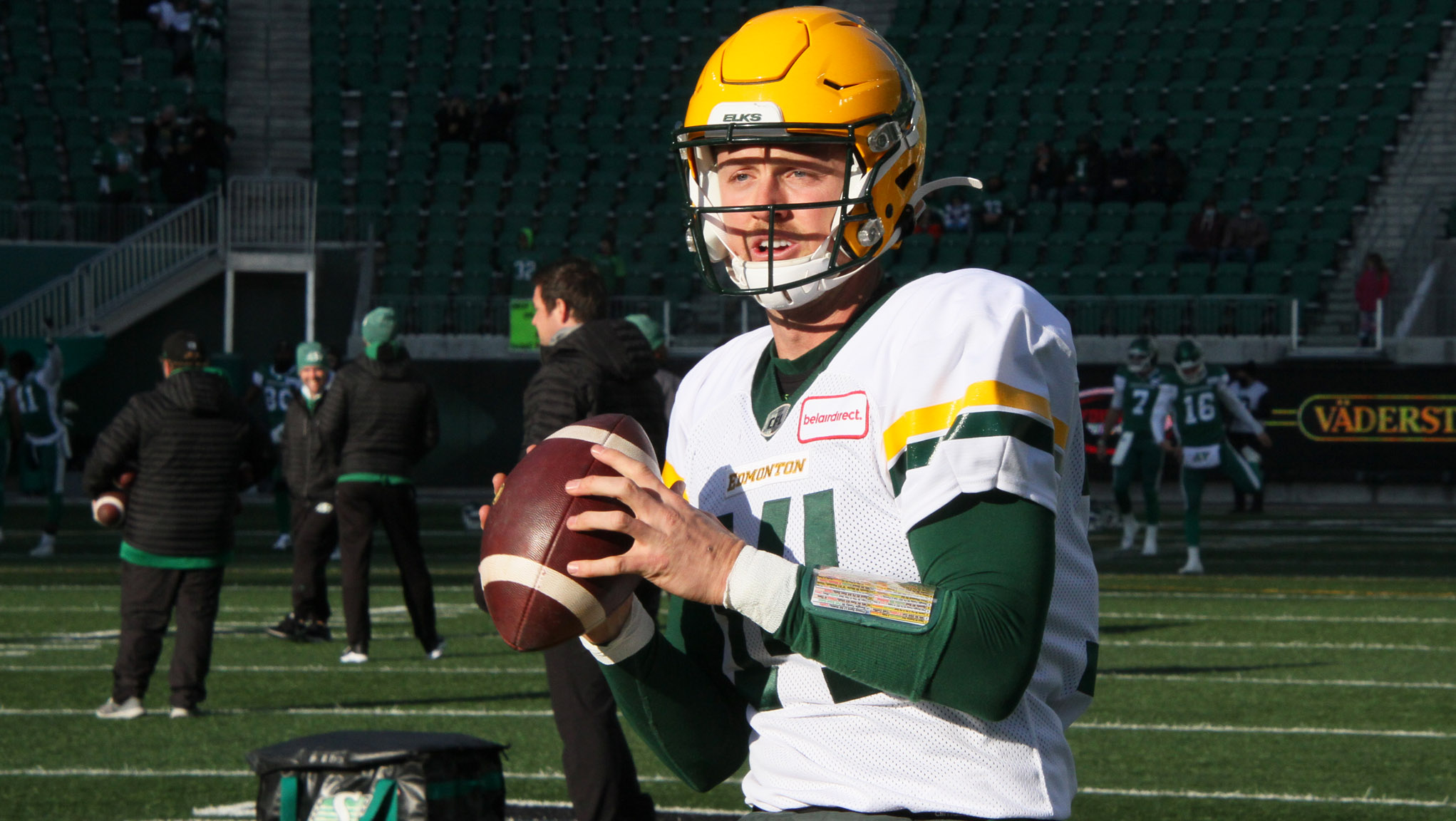 There was joy in Dakota Prukop’s voice. And perhaps still just a teeny-tiny hint of disbelief, too.

Prukop is now a Winnipeg Blue Bomber after signing a one-year contract with the club and instantly provides a veteran presence in the quarterback room behind Zach Collaros and alongside Dru Brown. Yet, how the move unfolded – he was released by the Edmonton Elks on Monday and scooped up by the Blue Bombers just hours later – is enough to make a guy’s head spin.

“It’s been a good day. I’m extremely excited,” began Prukop from his off-season base in San Clemente, CA. “This happened in just a matter of hours. The first conversation I had with my agent (Rob Fry) after being released he said, ‘Hey man…I think this is a situation that could work in your favour,’ and while we were on the phone, he started communication already with Winnipeg.

“There were a couple of teams that we thought might be good landing spots, but we never even had a chance to explore the other options because we both agreed right off the bat that Winnipeg is the spot. If you’re a quarterback in my shoes in this league, Winnipeg is where you cross your fingers to end up. So, to come here now in this situation…it’s like, ‘Pinch me…am I dreaming?’” 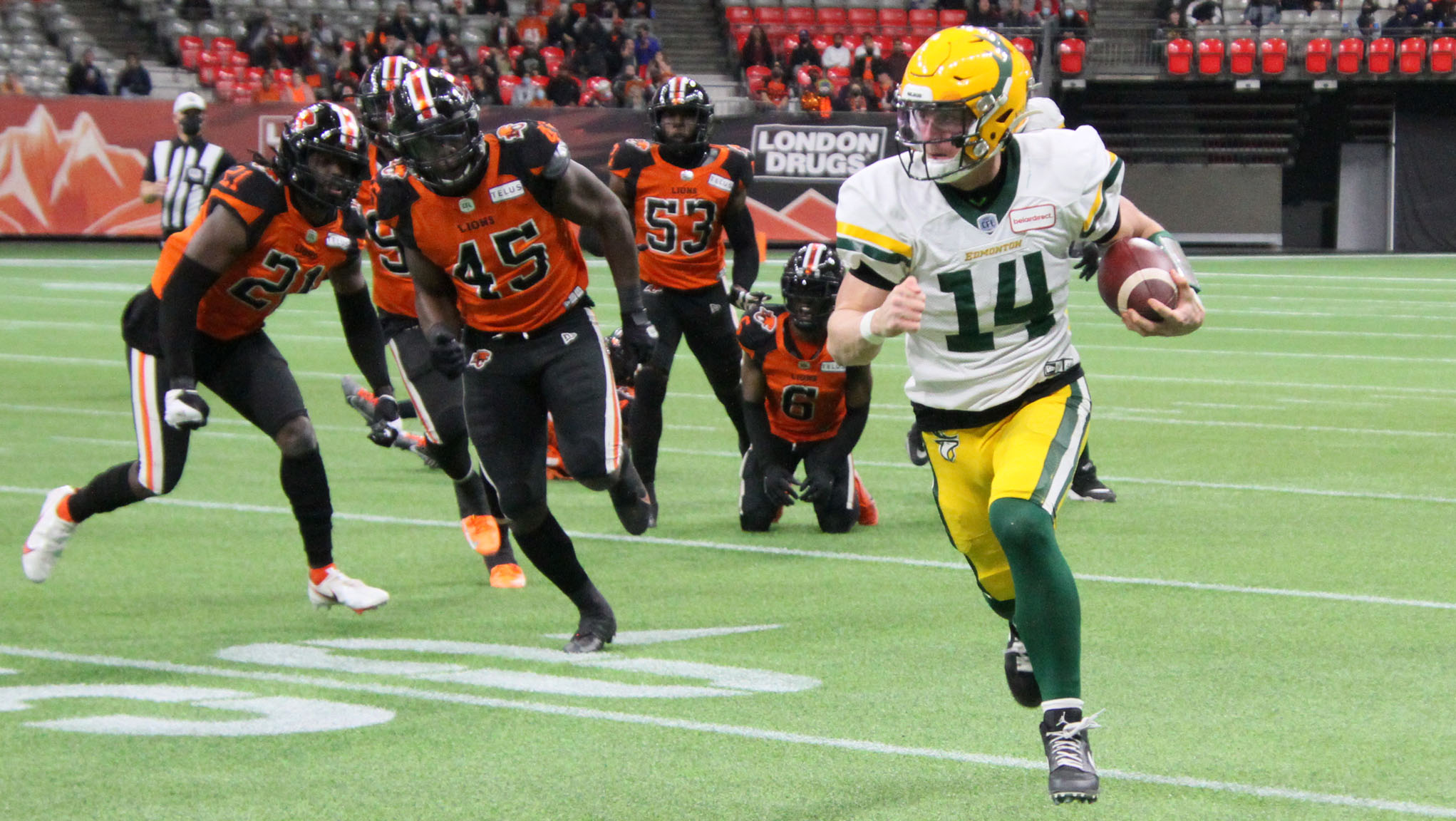 After stops in Toronto, Calgary and Edmonton, Prukop brings his athleticism and understanding of the CFL game to a Bombers team that was in need of a backup QB (GoElks.com)

Prukop’s experience – he has 49 regular-season CFL games to his name in Toronto and Edmonton over five years – means he likely slides into the No. 2 spot on the depth chart behind Collaros, the league’s all-star pivot and Most Outstanding Player, with Sean McGuire telling Bombers management he was moving on from the game.

He became expendable in Edmonton with new Elks boss Chris Jones stockpiling quarterbacks in what he hopes is a rebuild in Northern Alberta. Prukop’s passing numbers are modest – 36 for 56 for 467 yards with four TDs and four interceptions – but it’s his adaptability and his athleticism that continues to intrigue offensive coordinators across the league.

“First of all, I’m just going to try and be a really good teammate,” he said. “I’m the kind of guy where it’s, ‘Give me my helmet. What can I do? What do you need?’ I just love football so much and will do anything I can to help my team win.

“It’s been a colourful journey so far when you look at all the teams I’ve played on. Every place I’ve been I’ve picked up some things that have made me better and I’ve just been waiting for a situation where the shoe fits and I can find a role to help a team win championships and be ready for when a shot comes, and they need me at the role of being a starting quarterback.”

Prukop, who holds a graduate degree in non-profit management from the University of Oregon and also played college ball at Montana State, has a connection with Collaros from their months together in Toronto in 2019. That relationship, plus all the rave reviews he’s heard about head coach Mike O’Shea and offensive coordinator Buck Pierce has him eager to get started in Winnipeg.

Extremely grateful to have the privilege of wearing Blue and Gold next season. Wow! 🔵⭐️. https://t.co/deHJKl2KGw

“Again, it’s just all so crazy how this happened,” he said. “My wife (Blaire) – she is my ultimate support system – and I were watching the Super Bowl, watching Cooper Kupp being named the MVP. I played against him three years in a row when I was at Montana State and watching him have success made me say, ‘Man, what I would do to be on a championship-calibre team.’

“You’re grateful for your opportunities because they give you valuable lessons, but after last season in Edmonton you’re so hungry to win and compete in meaningful games and a championship.

“My wife and I were both just praying for some guidance in my career and in what could be next. Sure enough this whole thing happens the next morning and we’re like, ‘Wow…what in the world just happened?’ This is like a movie. I’m just extremely grateful.”