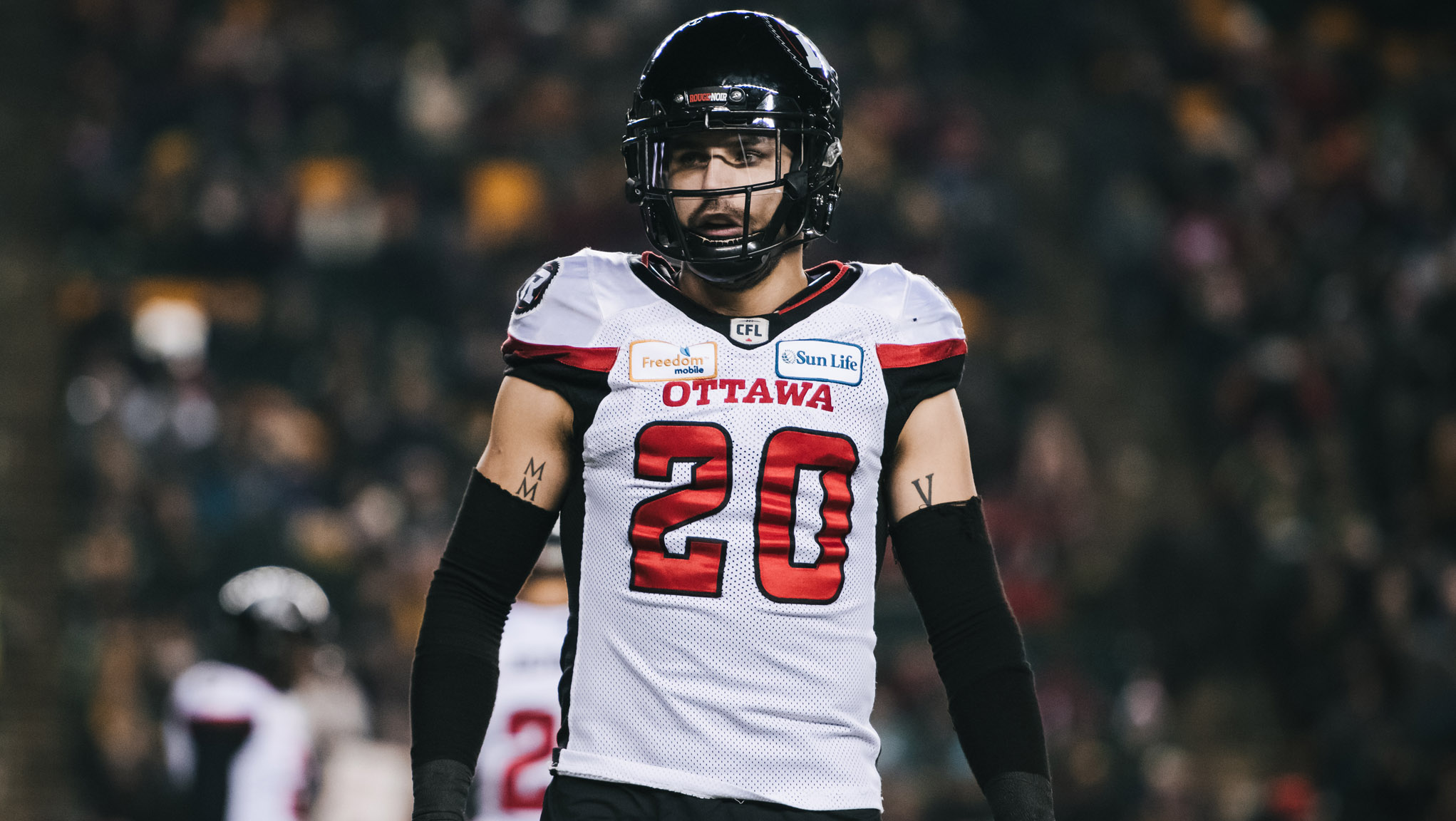 It’s not quite that famous line from The Godfather III, where Jean-Philippe Bolduc thought he was out of football, only to be pulled back in.

Working as a lumber commodity trader for Boscus Canada Inc., Bolduc found his post-football playing career during the cancelled 2020 season. The four-year CFL vet that spent the duration of his time as a pro with the Ottawa REDBLACKS isn’t going full Michael Corleone, though, at least not yet. The 31-year-old is quite happy with the career he’s found, but football might always be able to tug at his heartstrings and pique his curiosity.

As one of six players chosen by the CFL Players’ Association to take part in the CFL’s Mentorship Program, he’ll get to scratch that football itch once again, while not having to get pulled all the way back into the game.

“Football has been part of my life forever. Before the pandemic, I thought when I was done playing I would still be involved somehow either coaching or any other role,” Bolduc told reporters on a conference call on Tuesday.

“The pandemic brought other opportunities for me so I was able to move on and I haven’t been involved in football since I left. But for me, it was a way to reconnect.” 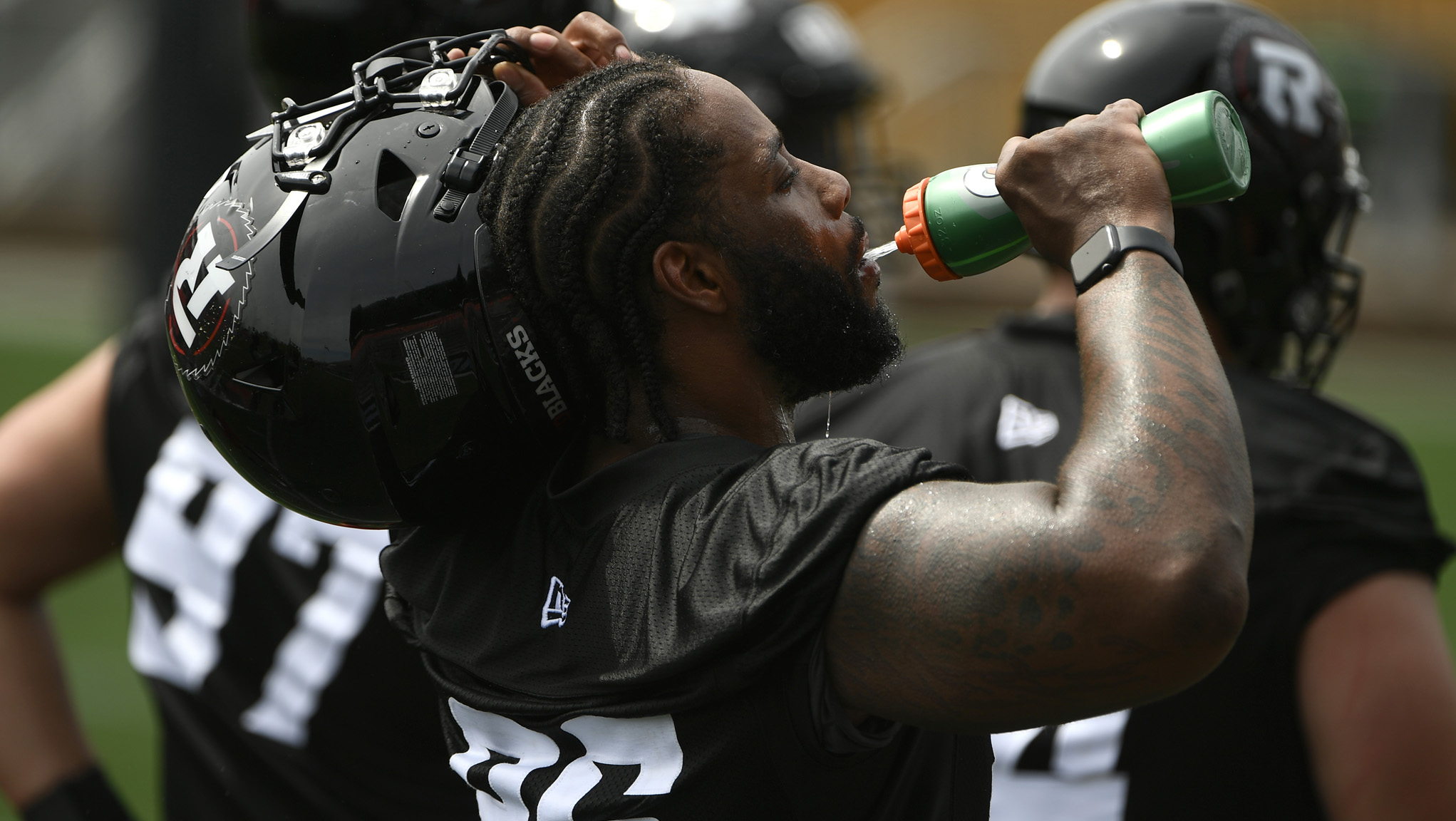 Stefan Charles, seen here in training camp with the Ottawa REDBLACKS in 2021, is eager to share his playing experiences with this year’s Ontario Regional combine participants (Photo: The Canadian Press)

The CFL and the CFLPA announced a partnership on Tuesday morning that gives current players and alumni exposure to the business side of league operations. Participants will learn about the work performed by various departments and build skills to transition into career paths with in football, the sporting community or other business environments.

For Bolduc, it’s the perfect way to get a sense of what the other side of football looks like, without having to give up a career that’s been rewarding for him in the last two years.

“I always wanted to work in football but there are so few jobs out there,” he said.

“And I’m not sure if I’ll like it. By spending a week in Toronto with everybody, higher management, senior roles in the CFL, I”ll be able to have a glimpse of what a job in football is, without committing myself to a whole career.”

The group will spend the week of March 7 in Toronto for a week of job shadowing, presentations and networking, culminating with the players assisting in the Ontario Regional Combine on March 10. At the end of the week, the participants will be paired with an individual mentor for ongoing advice and support.

Charles, who signed with the Edmonton Elks as a free agent on Feb. 9, comes into the partnership with a slightly different approach. With more of his playing days in front of him, the 33-year-old d-lineman is thinking about his post-playing days and what might await him.

“I think that the PA having this platform and bridging this between the players and the front office and the new talent coming in, I think that’s a real exciting thing to have available and I’m really eager to see what could happen,” Charles said, adding that he’s excited to talk to a crop of CFL hopefuls at the Ontario Regional Combine.

This first cohort of players that will take advantage of the mentorship program need look no further than the commissioner of the CFL, Randy Ambrosie, as an example of a former player that has had his career go full circle to land him back in the world of football.

“As players, you are so focused on capturing the Grey Cup and bringing joy and pride to your city and fans, but there is also life beyond the field to consider,” Ambrosie said in a statement.

“Our players give their all to our great game, and we must do better to support them, whether in the offseason or once their playing days have come to an end.

“The Player Mentorship Program is an investment in our players’ futures and also in the future of our communities. It’s our promise to help set up our players and alumni for success away from the field, while building a stronger league and country together.”