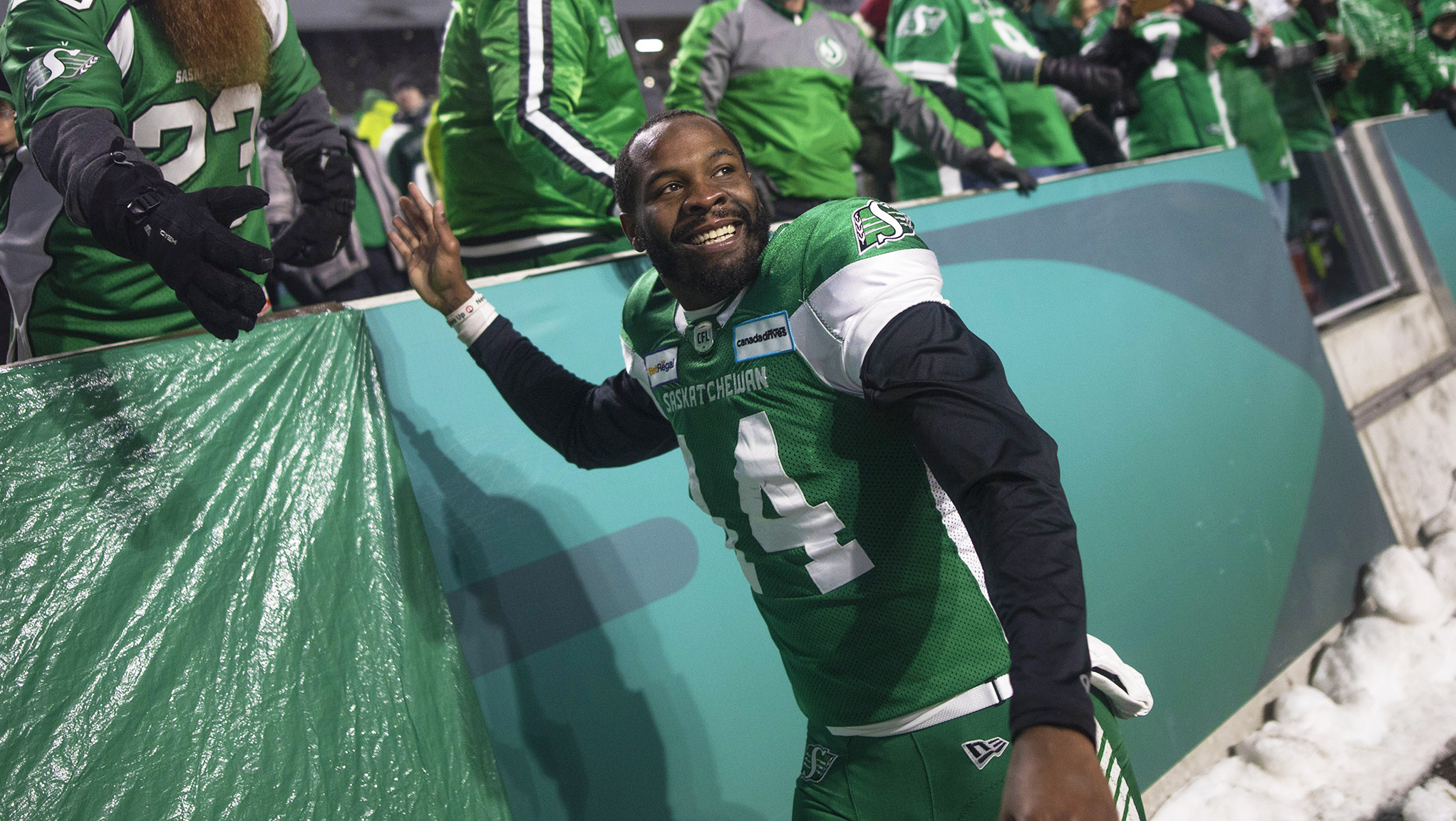 The Saskatchewan Roughriders of 2021 were a team that needed more time to reach their full potential. Head coach Craig Dickenson, general manager Jeremy O’Day and quarterback Cody Fajardo would never admit to that as crying wolf on most excuses is a one way trip to Rider Nation backlash, but I believe it’s true.

Watch the sidelines in game and you could see a constant process of the offence taking shape with offensive coordinator Jason Maas and Fajardo ‘figuring it out’ in real time. Receiver injuries required different names to enter the fray during the crucial home stretch and they had to adapt quickly to what both Maas and Fajardo were looking for, which due to their own limits wasn’t always the same thing.

The Riders offence ranked just seventh in net yards and seventh in scoring in the 2021 regular season. They averaged 5.6 yards on first down plays (eighth) and scored 21 offensive TDs on 192 drives (11%). They needed more to get past the behemoth challenge of a road playoff game in Winnipeg against the defending, and eventual, champions.

With that being said, there are some notes of pride for the Green and White to hang their hat on from 2021. Saskatchewan made their sixth playoff game appearance since 2017, more than any other club.

Fajardo has established himself as the unquestioned leader of the offence, as much out of necessity as desire. The Riders’ QB accounted for 80% of Saskatchewan’s offence in the Western Semi-Final against Calgary passing for 189 yards and picking up 89 more on 10 rushes. He either passed or ran for 19 of their 22 first downs. Of those 10 rushes, eight were called passing plays where Fajardo took off on his own. His 89 yards matched the 11th highest in CFL playoff history by a quarterback (fourth-best for a Saskatchewan quarterback).

Cody took command of the offence and in crunch time made the very clear decision that if Saskatchewan was going to win or lose they would do it through his maximum effort, his success or failure would be their own. Say what you will, that’s exactly the type of quarterback that I want leading my team.

In that Western Semi the Riders became the first team since 1995 (Calgary) to throw four or more interceptions in a playoff game and still win. Since 1950, there have been 50 games where a team threw 4+ INTs – those teams are a combined 6-53-1.

It was not a formula for success, especially against a historic Bombers defence, but the Riders gave it a run and have plenty to build on moving forward.

Losing Micah Johnson to Hamilton will hurt after the big man in the middle led all CFL defenders with eight tackles for loss but it was clear Saskatchewan’s defence was changing shape from a defensive line oriented group to one flush with linebacker talent.

Yes, A.C. Leonard, who led the CFL with eleven sacks and had at least one in six of his last eight games, re-signed and should be a force off the edge, but the combination of 2021 leading tackler Darnell Sankey, re-signed and hopefully fully healed Larry Dean and Edmonton free agent acquisition Derrick Moncrief means the whole feel of that front seven has changed.

With the length and athleticism of those three in a rotation, or somehow all on the field at once, the blocking angles and running lanes of opposing offences will dramatically change from other CFL defences faced.

For the 2022 Riders it’s all about Fajardo taking the next step. He’ll have to do it with, likely, a new starting running back following William Powell’s move back to Ottawa and an offensive line looking to prove they can hold up to the often pass aggressive play-calling, but there is one variable at play which could nullify so many challenges ahead.

Sure, Brayden Lenius has signed with the NFL’s Atlanta Falcons and Kyran Moore will start the year on the injured list but Duke Williams has the capability to revolutionize the Riders potential if he and Fajardo can get on the same page, quickly changing the narrative on what was a truly awful season throwing the deep ball and gaining chunks of yardage.

Over the final three games, including two playoff outings, Fajardo to Williams completed 77% of their passes (17/22) for an average of over 100-yards per game and two touchdowns. Those are All-Star numbers and if Duke Williams is an All-Star it means Saskatchewan has moved the football and reached the end zone more than in 2021.

The kicking game is of no concern after RET Jamal Morrow and K Brett Lauther signed extensions this off-season. Morrow had the only kick return of more than 30-yards allowed by Winnipeg all season, a 73-yard missed field goal return, while Lauther ranked third in 2021 with a field goal success rate of 85.1% (40-of-47).

The time they dearly needed to achieve their potential on offence, length, size and athleticism added at linebacker and a rock-solid special teams unit means the Riders are for real and will make the 2022 CFL playoffs. The only question for me is will they play at home or on the road? And regardless of where the game is, can they find a way to defeat the Bombers and host the cherished home Grey Cup nine years after a triumphant championship celebration at Old Mosaic?