Alexander on staying in Winnipeg: ‘This has been home’ 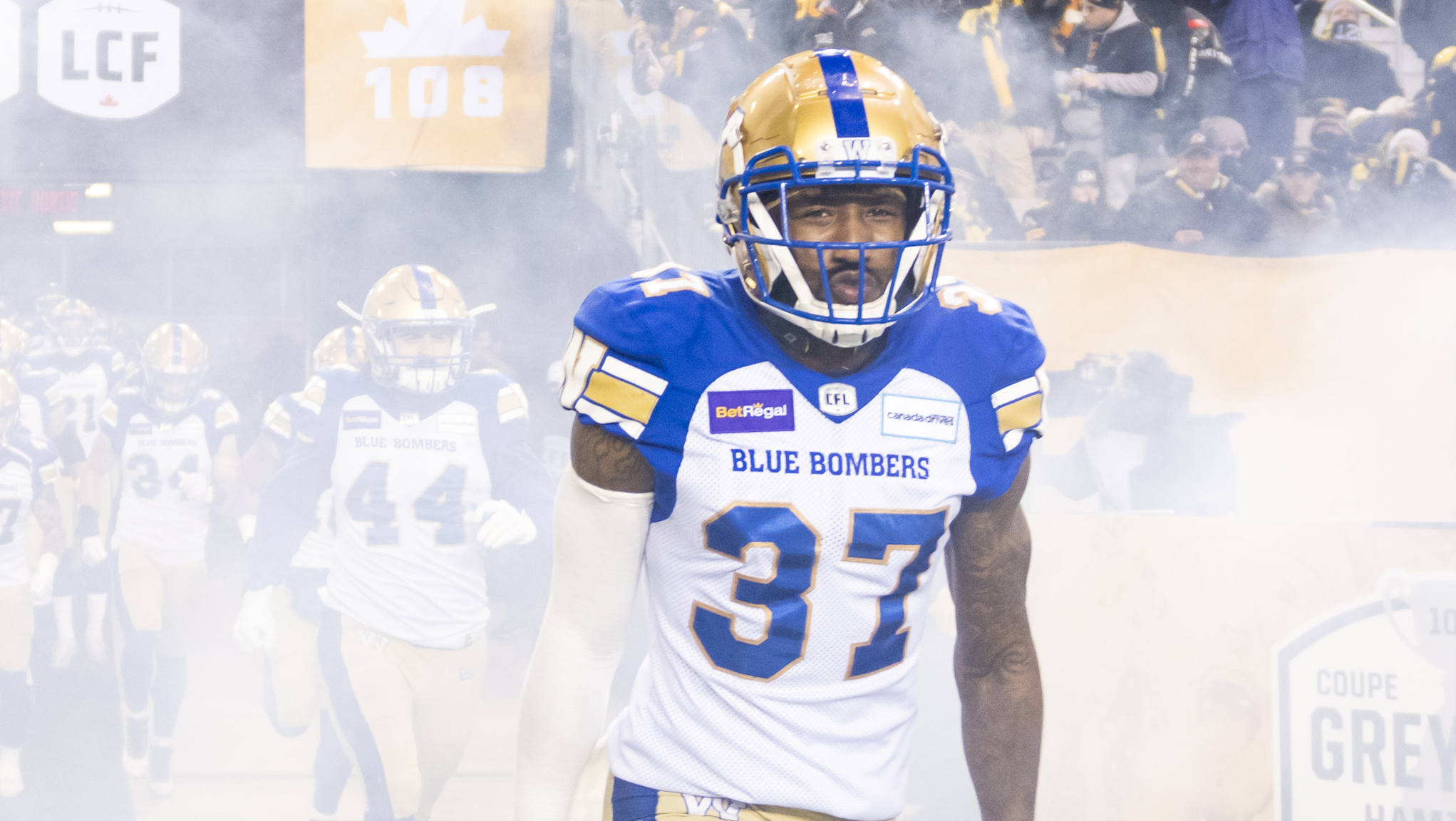 Alexander on staying in Winnipeg: ‘This has been home’

It was hardly unexpected, and so when Brandon Alexander’s return to the Winnipeg Blue Bombers became official on Friday the news didn’t exactly send shockwaves through the Canadian Football League as so many other transactions had earlier this week.

Make no mistake, Alexander jotting his name onto a new two-year deal is massive for the Blue Bombers – he was the league’s All-Star safety, after all – but it’s what happens next that is critical heading into 2022.

Alexander, FYI, was injured in the Blue Bombers’ victory in the 108th Grey Cup and after having surgery, opted to stay in Winnipeg to complete his rehab with Al Couture, the club’s Head Athletic Therapist, and Strength and Conditioning Coordinator Brayden Miller. 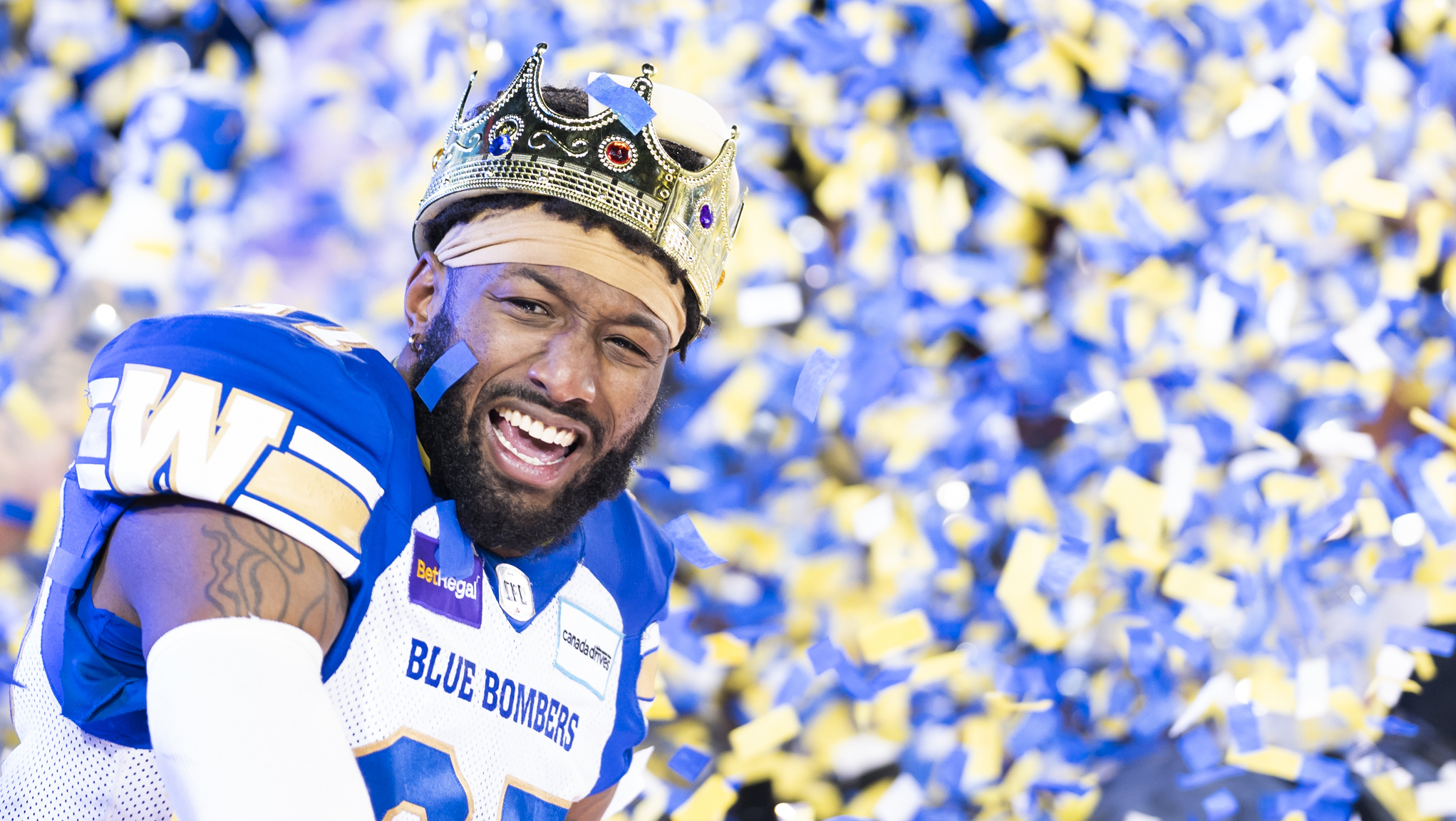 “I was nicked up the whole game,” explained Alexander in a media conference call on Friday. “I knew there was something wrong to start with, but I’m not going to come out of a very important game like that. So, somehow I just blocked it out of my mind and continued playing.

“To be honest with you, I don’t know what the timetable (for his return) is going to be or anything. It’s up to God and I’ll be there before you know it. I’ll be ready to go when the time comes… I’m moving around pretty well. I’ll be ready when it’s time.”

Alexander’s presence in the middle of the Blue Bombers secondary goes beyond his statistics, as solid as they are with his 44 total tackles, two interceptions and a forced fumble in 2021. He’s not just an intimidating presence at the heart of the air defence, he’s an inspiring figure in the club’s locker room.

During his days at Central Florida, he was twice nominated for the Burlsworth Trophy as the top college player who began as a walk-on and he takes that hard-hat and lunch-pail approach to everything he does.

It’s been that way since he started playing AAU basketball and then football before he even got to college. His father Derrick Alexander played in the NFL (Minnesota/Cleveland) and he’s taken the same approach to his recovery that he has in every aspect of his athletic career.

“My whole life in terms of sports has been very difficult for me,” Alexander explained. “Especially, and this is the first time I’m going to say this, I have a lot of family members that play high-level sports and even playing in the NFL and things like that for a while, including my father (former Minnesota Vikings/Cleveland Browns defensive end Derrick Alexander) and a couple cousins of mine.

“Even when I was small playing AAU basketball, middle school basketball, things like that, I was never the best player on the team, I was never that guy,” he added. “But I was Johnny Hustle. I was the guy that would win 20 of these sprints. If we’re running 25 of these sprints, I’m going to win those. I found myself on the roster because I wanted to beat everybody just to show that I can compete with you guys.

“So, with an injury, throughout my years from college and even up here, I always wanted to come back and show that no, I can still play, I can still be this person… (The rehab from this injury) is definitely one of the hardest challenges I’ve been through. But I don’t think anything is harder than me walking onto one of the biggest universities in the world. It’s not going to be a breeze, it’s going to take some hard work, but I’m going to get through it, and everybody knows in this organization that I will.”

Even though the announcement of his return came four days into free agency, Alexander said the mutual respect he has for the club – and, clearly, vice-versa – meant that this was a deal that was always going to get done. Beyond that, his commitment to the club and to returning ASAP is evident in his dedication: rather than return to Florida for the off-season, Alexander opted to stay here in Winnipeg to attack his rehab. 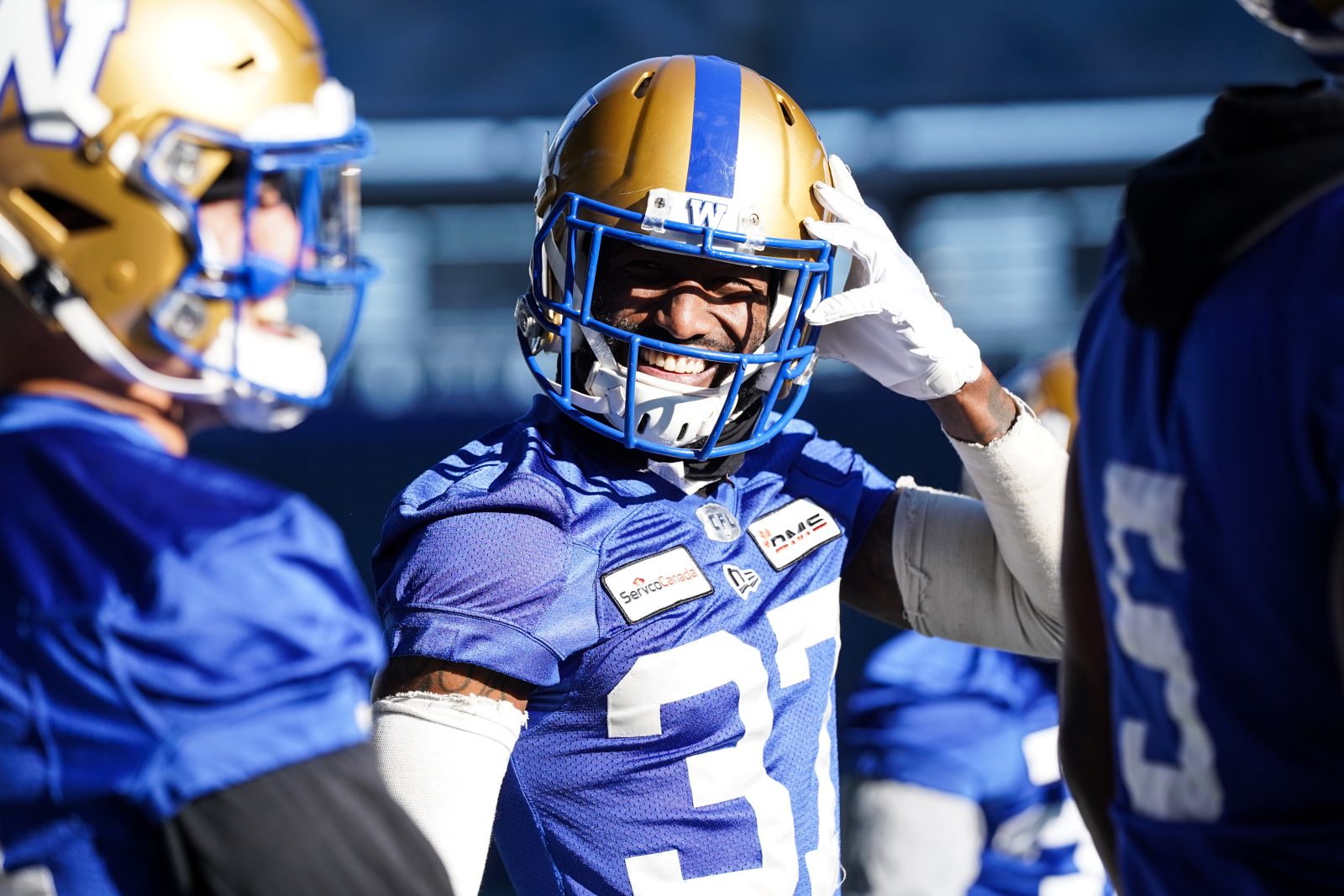 “I could have went home, but I decided I wanted to stay here because I felt like this was the best fit. And, also, I know a lot of guys here really care about me and want to take care of me and make sure that I’m ready to go. We had that conversation and Al’s going out of his way to do anything he needs to help me and I’m very appreciative of that. I’m still here and I’ve been here the whole time.”

All of that is part of why he opted to sign a two-year deal at a time when one-year contracts are so prevalent across the CFL.

Alexander said he is ahead of schedule in his recovery and that he’s “pretty excited about what’s going on right now.”

Alexander was the 23rd pending Blue Bombers free agent to re-sign with the club since January. And while this past week has been a lot about change – he mentioned the impact of the losses of vets like Andrew Harris and Darvin Adams – he does think this team is in position to chase another title.

“I won’t look at it as a three-peat,” he said. “It’s just we’re in a good position to be able to recreate what we need to get accomplished. Every single year is going to be different, and we’re going to lose pieces and things like that. I’ll give you an example: Winston Rose had an opportunity to better his situation (with the Cincinnati Bengals) and be able to go play back home and we didn’t get him back until late in the season last year. So it’s just things like that, being able to have these guys back and try to build more of what we’ve got to do. We lost guys. We’re going to miss a couple of these guys, from Stove (Steven Richardson) to Andrew Harris to Darvin to (Alden) Darby, a lot of these guys that came and contributed to the team for either this year or for a long number of years here.