Alfieri: Mario Alford succeeding on and off the field 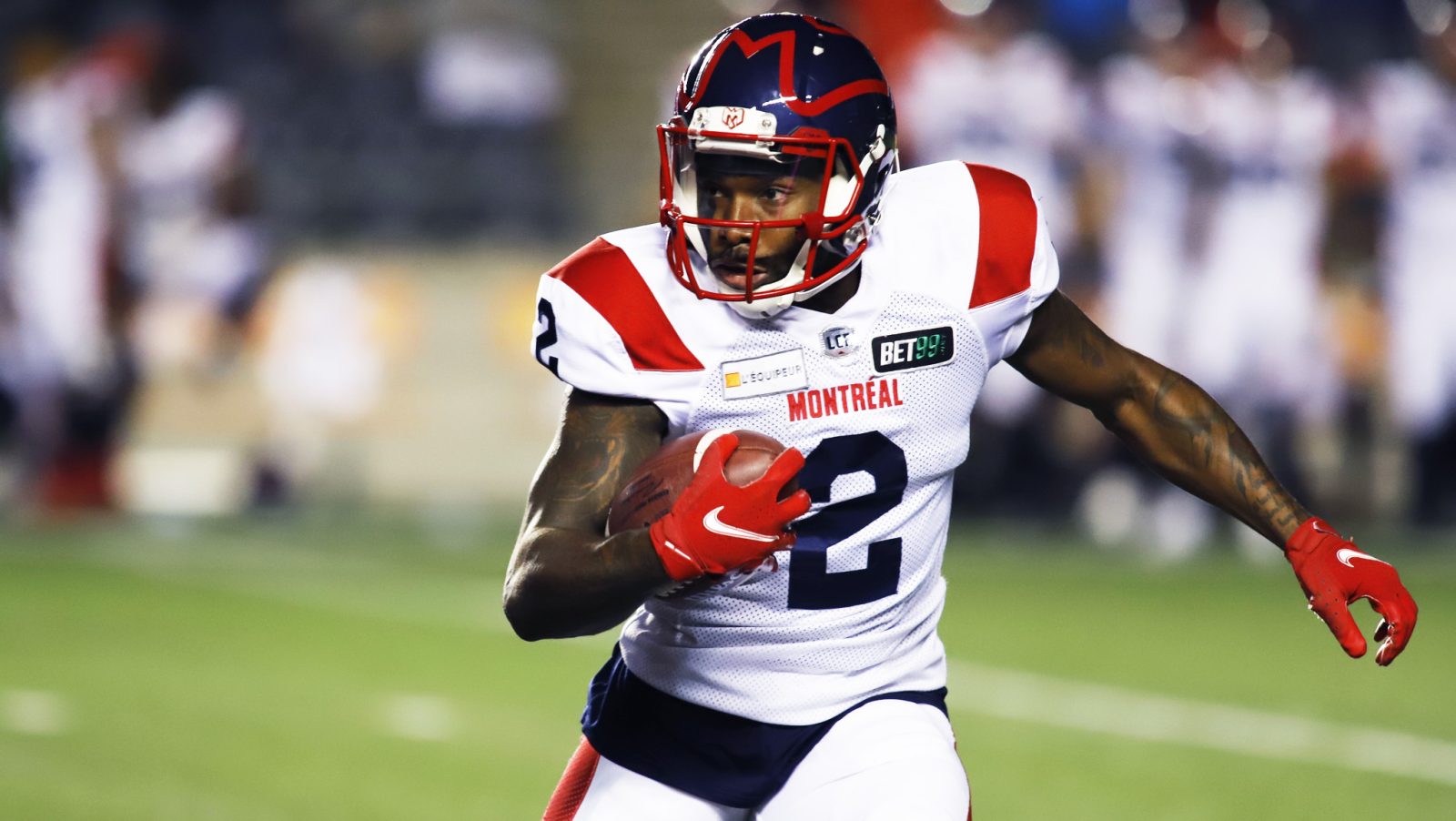 Alfieri: Mario Alford succeeding on and off the field

Working on a farm can be difficult. Whether or not it’s more strenuous than playing football is debatable, but Alouettes kick-returner Mario Alford doesn’t need to participate in that debate because he gets to do both jobs.

When Alford steps onto the football field, he’s one of the most dynamic returners in the CFL. During the off-season, he gets his hands dirty by working with hay and cattle on a farm in Parkersburg, West Virginia.

“Well, we do hay. Hay season is around May and June,” Alford said. “We work with cattle. We have to go in the mud. This time of year, it’s cabbage season, so the cows are all over the place having their babies in this wintery mix, in the rain, snow and sleet. So, sometimes we have to bring the babies off the hill to make sure they’re warm and still alive.

“I’ve been doing it for a long time now. I actually enjoy it.”

Clearly, farming and working with cattle in the mud isn’t for everyone. When asked which of his teammates would struggle the most under those working conditions, he didn’t hesitate to provide an answer.

“Probably Dante (Absher) because he’s a pretty boy,” Alford said with a laugh. “He’s a city boy and he isn’t going to get his hands dirty like that.”

Alford, who turned 30 on Friday, got off to a great start in 2021. In the Als’ first game of the season, he brought back a punt for an 86-yard touchdown in Edmonton. Things were looking promising for him, but his season ended up being cut short by an ankle injury he suffered at home against the BC Lions on Sep. 18.

Once he came out of the lineup, it was clear that the special teams unit wasn’t going to be as productive. The team used several different returners in an attempt to get a spark, but it never really worked out. Penalties didn’t help either. It appeared as though the Als were constantly in difficult spots when it came to field position.

“Man, it was tough watching my guys battling and not being able to help,” he said. “The return game wasn’t the same when I went down. I felt down about it, but everything happens for a reason. We made it that far, but I also wish I could’ve been out there, and maybe it would’ve been different special teams-wise.”

Alford, who signed a one-year deal with the Alouettes on Jan. 25, was in a walking boot for four weeks and he was then able to start walking around on crutches once it came off. He was jogging again two months after he sustained the injury and he’s now back to full health.

Last season’s struggles on special teams led to a big change on the coaching staff this off-season, as coordinator Mickey Donovan and the team parted ways in December.

With Donovan out, the Als managed to snag veteran coach Jeff Reinebold after his contract expired with the Hamilton Tiger-Cats at the end of last year. Reinebold and Alford have never worked together, but they were able to talk on the field after the Ticats beat the Als at Percival Molson Stadium on Aug. 27.

“He had a good game plan with not trying to punt the ball to me,” he said. “After the game, he came up to me, hugged me and whispered in my ear and said, ‘you’re the best returner in this league’ and he said, ‘I know that for a fact. Keep your head up and keep doing what you do.’ Now, he’s my coach so that means a lot.”

Reinebold is known for his creativity on special teams and his ability to get his players to buy in to the team concept. During his years with the Tiger-Cats, the 64-year-old helped Brandon Banks (2015) and Frankie Williams (2019) win the John Agro Award, which is given to the most outstanding special teams player in the CFL.

“All the great returners have the ‘it’ factor, where they could make a play at a critical point in a game that would change the game,” Reinebold said earlier this week.

“When I think of Mario, he reminds me a lot of (Banks). He’s not a great big guy, but if you can get him to the edge, if you can get him one-on-one, there’s not very many people in the world that are going to tackle him in space. Our challenge is going to be to design a scheme that takes advantage of what he has, that great speed and that elusiveness. And he’s tougher than people think he is.”

Since joining the Alouettes in the middle of the 2019 season, Alford has scored three punt-return touchdowns and one kick-off return touchdown in just nine games. Assuming he stays healthy, he could be in for a huge year.