Steinberg’s MMQB: A landscape changing for the better 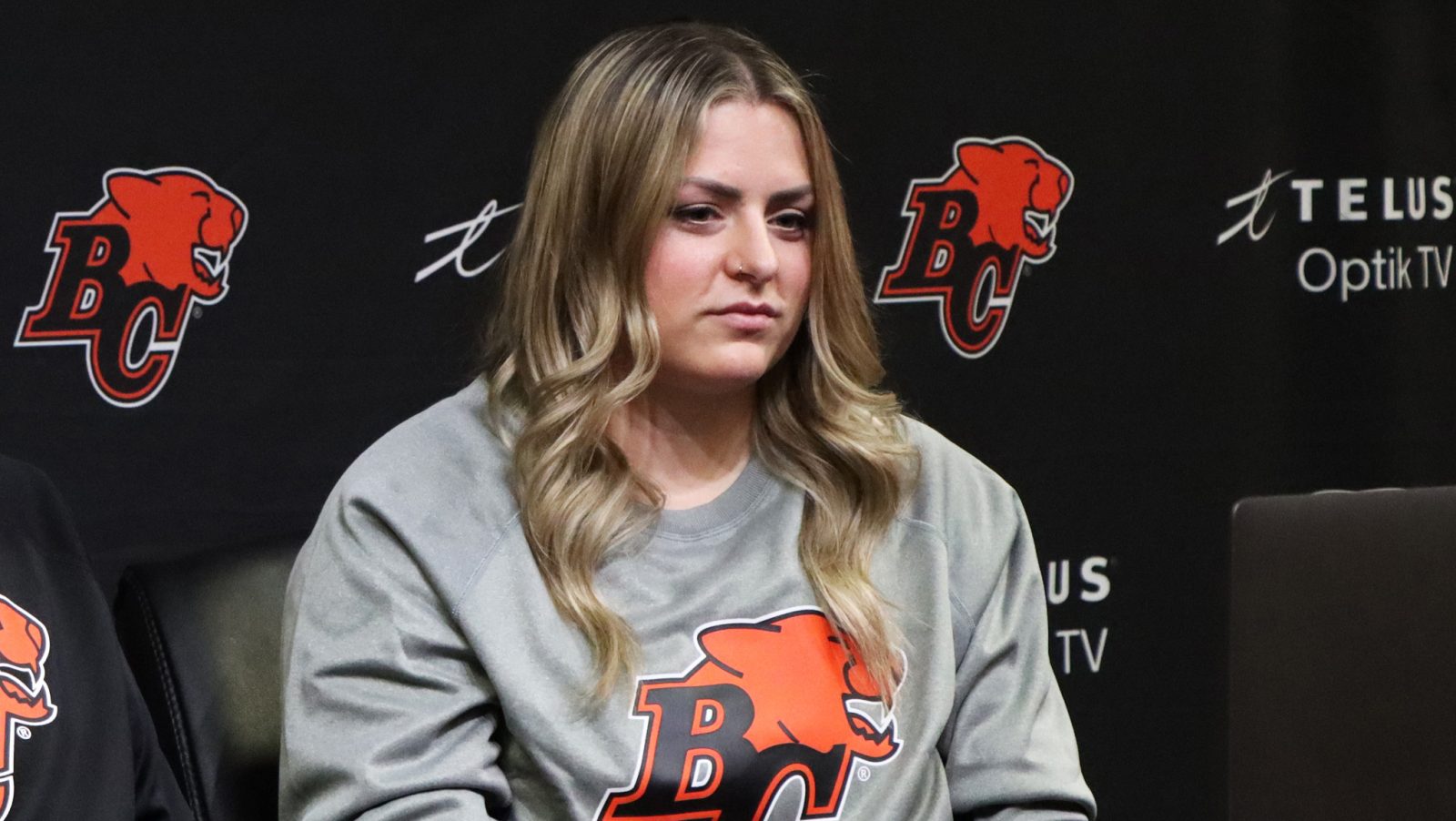 Steinberg’s MMQB: A landscape changing for the better

In mid-February, the BC Lions made history by adding Tanya Walter to Rick Campbell’s coaching staff as a defensive assistant. Walter is the first woman to coach full-time in the CFL and is now tackling a unique balancing act. On the one hand, she’s a trailblazer. On the other, coaching football is her job, her passion, and the thing that’s most important.

“I finally have the opportunity to progress my coaching career, which is a really big deal to me,” Walter said in her introductory news conference a few weeks ago. “Obviously, yes, being the first female, that is a huge win. But myself, I look at it as the job is the job and I’m here to coach. But I am well aware of the impact that…the first female has on the female football community and just the football community in general.”

As we celebrate 2022 International Women’s Day this week, it’s clear that impact is starting to be felt in this country in a way it never has before.

For Walter, it’s an interesting balance to strike. She’s very proud of her place in CFL history, but she’s also not content to stop at that. Walter has spoken about wanting to keep growing in her profession to eventually be a head coach. At some point it’ll be important for the narrative to change from “first woman CFL coach” to strictly CFL coach.

Fortunately, Walter has a great community of fellow coaches that have gone down this road already and have helped pave the way. Walter is close with current Tampa Bay Buccaneers coach Lori Locust, former Buffalo Bills coach Phoebe Schecter, and Katie Sowers, who has coached with San Francisco, Atlanta, and Kansas City.

There are always challenges doing something that hasn’t been done before. After all, coaching in professional football is an occupation that has been dominated by men for decades upon decades. But as those who have gone before Walter have stated, the on-field product and winning games is what truly wins the day.

“I think that’s the thing that’s really always echoed,” Walter said. “In the beginning you’re going to have to show that you’re there, you know what you’re doing and when it comes down to it, it’s just allowing people to judge you on your abilities and the gender doesn’t matter.”

When McMaster University added Amanda Ruller to their coaching staff in September, she had a message for the football community in this country.

“I want to be the first CFL coach, there has never been any female coach in the CFL — ever,” Ruller told 3DownNation. “There’s 19 in the NFL right now. So, I’m wondering, Canada, can we step up and get some more football women in the industry? It’s an all-boys club and I’m not afraid to say that because the more I say that…the more we can do something about it.”

Six months later, it’s clear that her message is getting through. While Ruller didn’t meet her exact goal of becoming the first woman to coach in the CFL, she just completed her first season as McMaster’s running backs coach.

Taylor MacIntyre, who was hired by McMaster as receivers coach at the same time as Ruller, said it best the day she came on board.

“McMaster football recognized a gender gap in coaching football in the OUA and saw an opportunity to grow their program in a different way,” MacIntyre said in the team’s announcement of their hires last season. That’s maybe the most important message in all of this. We’re talking about a massive market inequality that is just starting to be addressed.

Teams like McMaster and the Lions are ahead of the curve and are getting an edge on the rest of the competition. Professional football is about winning above all else and any advantage a team can find is a good one. Expanding an extremely limited scope when searching for and hiring coaches is remarkably logical for something that is still so much in its infancy.

All three of these women know the sport inside and out, and as well as anyone else in similar positions. MacIntyre played receiver and quarterback in high school before transitioning right into coaching. Ruller and Walter also have extensive playing resumes, including appearances with Team Canada. And they’re not alone.

Countless women have been qualified to coach professional football over the years but haven’t been able to. Why? Let’s be honest: They didn’t fit the outdated criteria of being, well, a man. On both sides of the border, that’s changing and people like Walter, MacIntrye, and Ruller are helping smash through glass ceilings here in Canada that should never have existed.

“In my mind, there’s nothing that is off limits if I put in the time and the effort,” Walter said. “I’ve never been one to think that’s maybe not for me. I’ve pushed my way into a couple spaces where, yeah, there hasn’t been females yet, there hasn’t been representation. I just know the importance of doing that and the change that comes after that.”