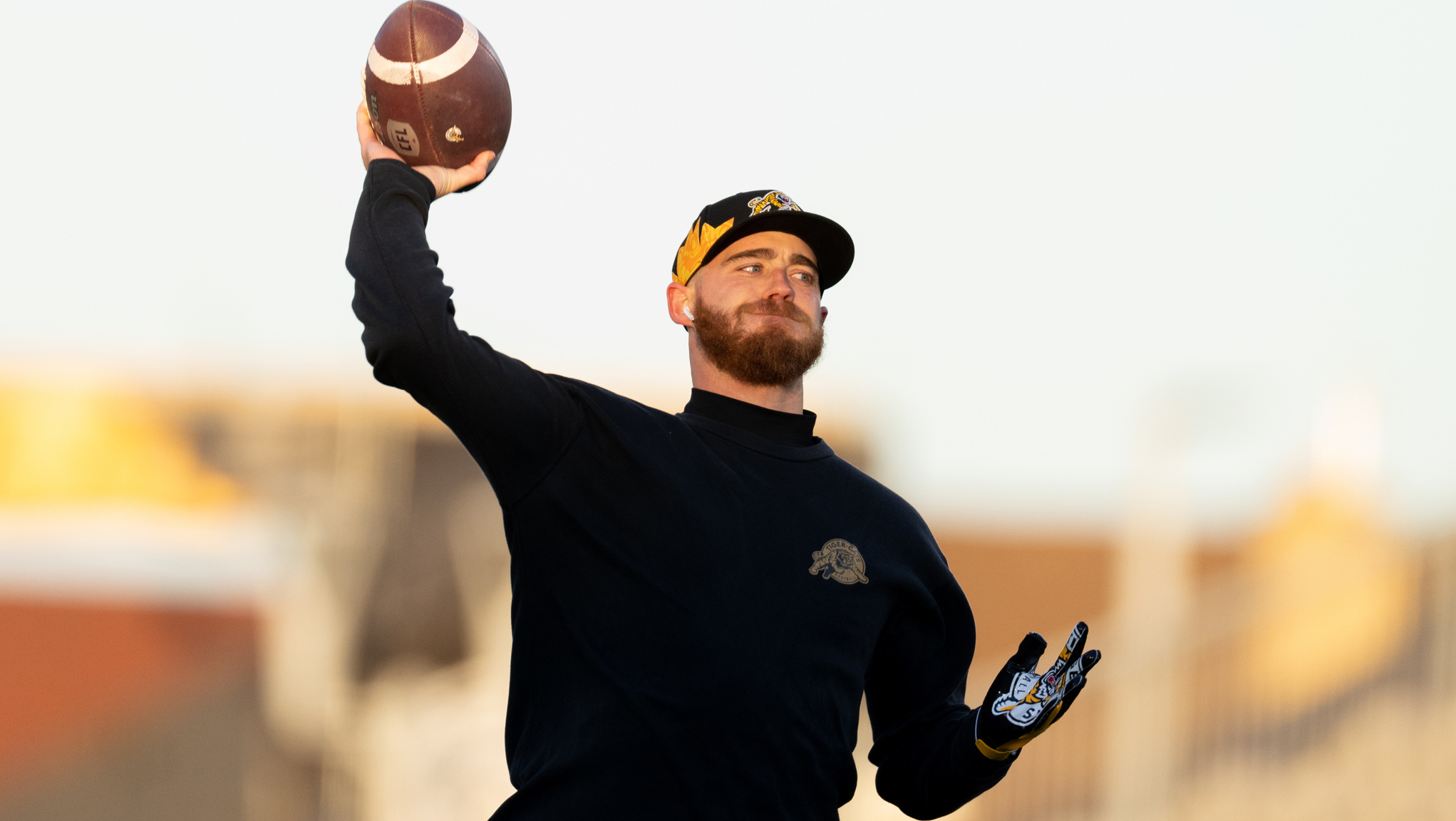 We’re right in the middle of what can feel like an incredibly long CFL off-season but Dane Evans is finding ways to keep himself busy.

In addition to his extensive winter training for the coming season, the Hamilton Tiger-Cats’ quarterback has been speaking on issues that matter to him. On Saturday, Evans was a part of a panel that addressed men’s mental health. This week, he’ll shift his focus to another online panel.

Evans will speak at the Coaching Beyond the Dressing Room webinar, which focuses on understanding gender-based violence and the impact of coaches.

“I’ve been around this conversation before in college,” Evans said, drawing back to his time at the University of Tulsa, where he played for coach Philip Montgomery.

“It was something that was big on (Montgomery’s) heart, so he had a group come in and give us some really eye opening presentations and statistics about gender-based violence. That was in 2015.

“When I met with (the event organizers) a couple weeks ago I kind of got the same statistics. I was like, ‘Well, you know, it’s been seven years now and not much has changed.’”

Like he said when he agreed to speak at the men’s mental health webinar, Evans wasn’t aiming to solve a problem, but hoped to bring light to it and to help people take notice of it.

Evans thought about the women in his life as he grew up. There’s his mother, Kathy and his younger sister, Kacee, whom he tried to watch over when they were in high school together. Today, there’s his own growing family. He and his wife, Nikki, are expecting a daughter – their first child – in June.

“I just feel like I’m surrounded by some great women and I’m really fortunate in that aspect,” he said.

“It’s kind of the Golden Rule in my mind, just treat others how you want to be treated. I feel like, sometimes common sense just isn’t too common on that. I just want to be there to show that yeah, I do play this manly game but everybody comes from a woman, right? If you can’t respect women you’re not going to make it very far in life. So I just hope I can open some eyes with that.”

Evans would have been happy to be a participant in the webinar at any point in the year, but to be able to do it on International Women’s Day does make it resonate with him a little bit more. Seeing women start to find roles in sports that have historically eluded them is something that he’s thinking about more, now that he has a daughter on the way. It also makes him happy for those that he’s been around that are finding careers in football.

“When I got to college, that was the first time I was coached by a female. One of our strength coaches in the weight room was a female,” Evans said. She was actually in charge of the quarterbacks and that was when I hit the most PRs in the weight room, was under her supervision.

“She knew her stuff and I respected her as much as or more than any other male coach I’ve ever had.”

Evans was thrilled to see the BC Lions’ recent hiring of Tanya Walter, who joined the team as a defensive assistant coach on Feb. 15, becoming the first female full-time coaching hire in CFL history.

“I think the guys in (the Lions) organization are going to find out too. She obviously knows her stuff, she just got hired as a coach. So whenever she sits down and starts breaking down Xs and Os…I think they’re going to be very surprised and I’m so excited for it.

Evans will take part in the webinar on March 8, from 7:30 to 8:30 p.m. To watch, you can register at SportHamilton.com/webinars.