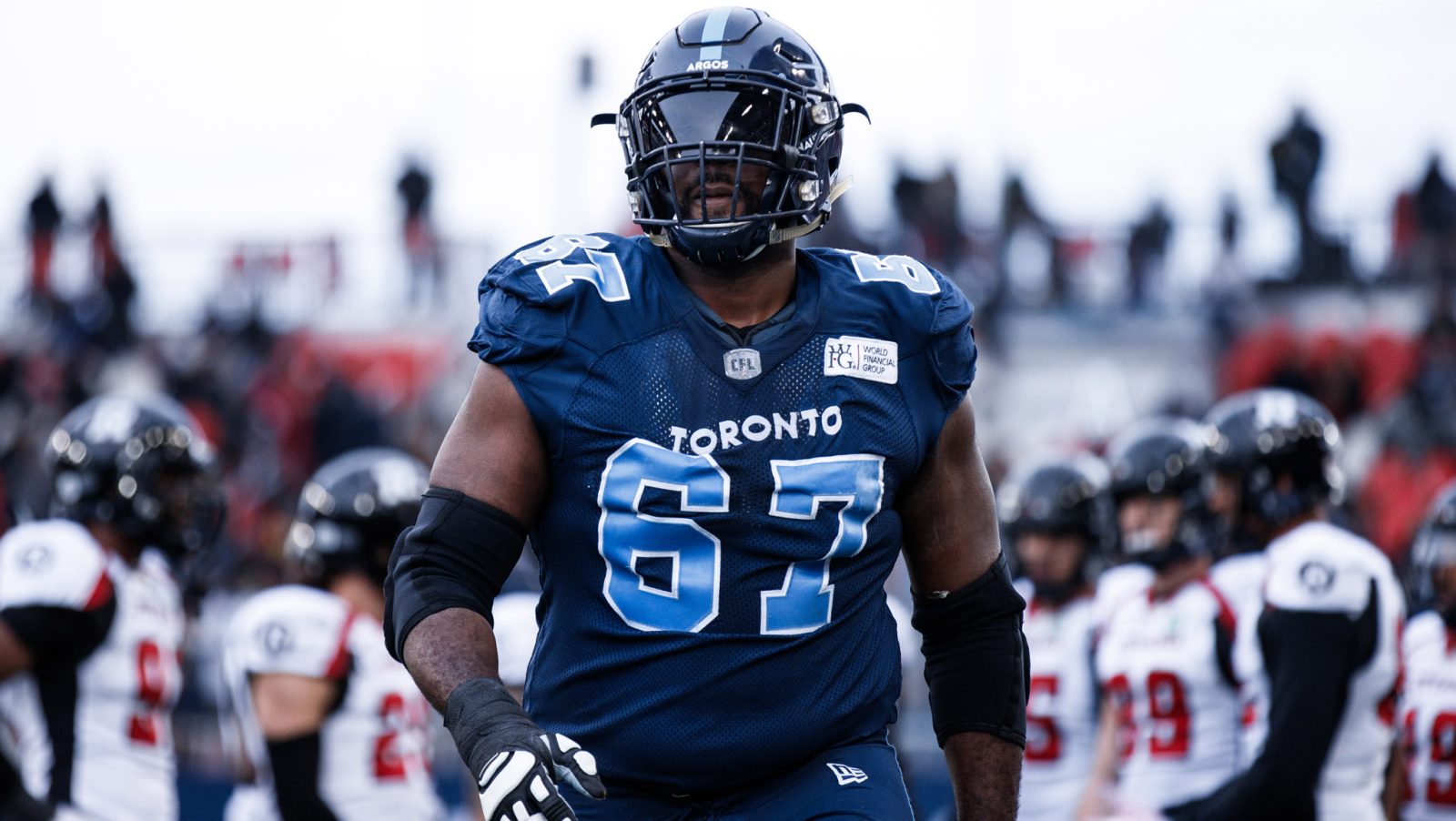 The Toronto native played 59 games for the Argos, starting 20, while winning a Grey Cup with the team in 2017.

“This is a difficult decision. Saying goodbye to a young man who grew up in the city, was introduced to the game through our community programming and who he himself grew to be a leader and spokesperson in our community is without words,” said Argos general manager Michael ‘Pinball’ Clemons.

“It has been said and I have often repeated, football is a great game but a terrible business. Given the direction, I am content that it was myself who communicated to Jamal and I hope I did so with the compassion, dignity and humanity he deserves.”

The team also announced the signing of American defensive lineman Kendall Futrell. The 24-year-old spent time with the BC Lions in 2021 after stints with the Cincinnati Bengals and Houston Texans in 2020.

The six-foot-two, 225-pound native of Winterville, NC played four seasons at East Carolina University where over the course of 40 games he tallied 67 tackles, 26 tackles for loss, 16 sacks, four forced fumbles and was named Second Team All-AAC after his senior season.