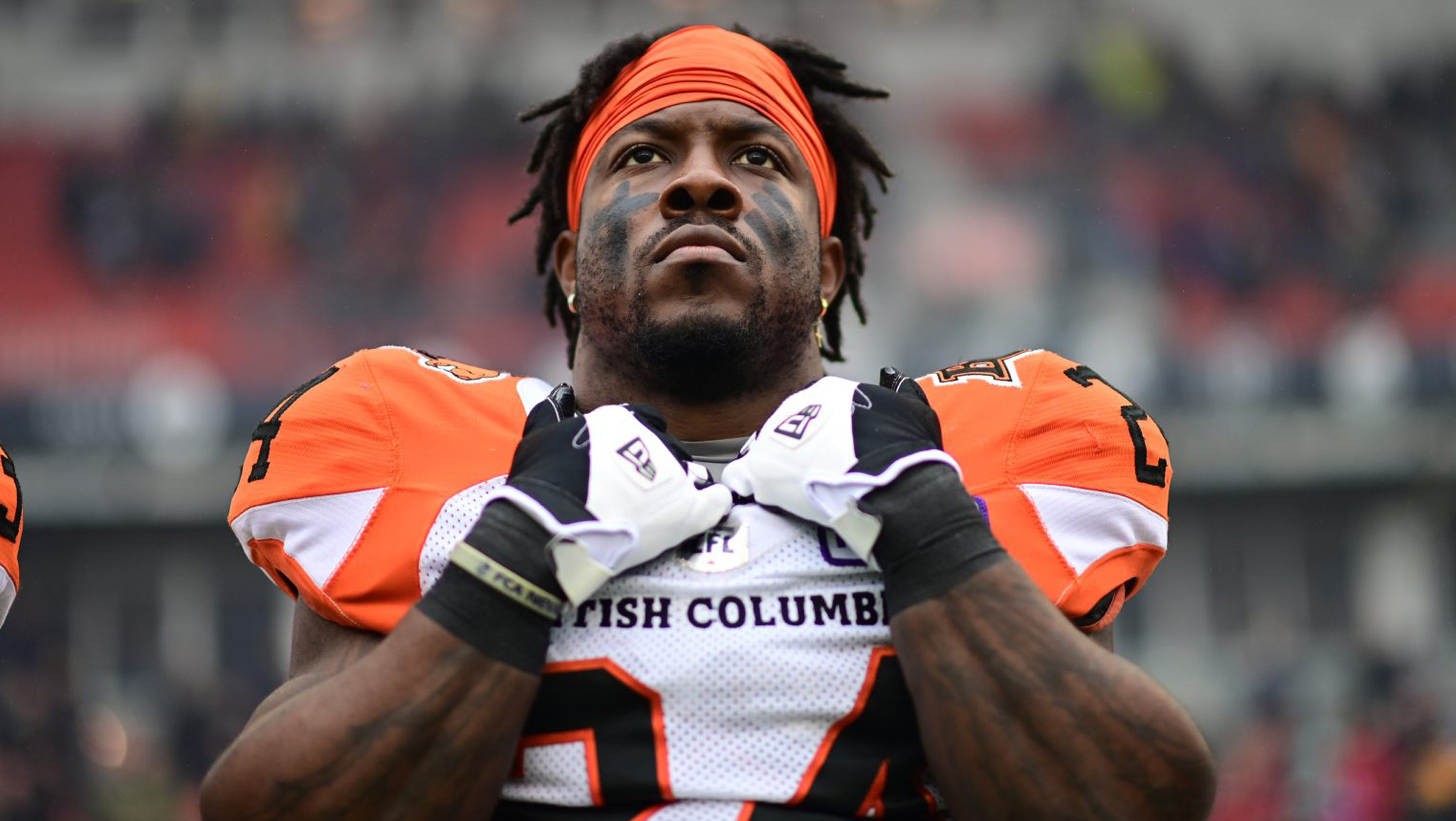 James Butler is the ultimate journeyman. Before his debut for the BC Lions last season, the running back spent his collegiate career at the University of Nevada and the University of Iowa. Then he joined the Oakland Raiders in 2018, attended the Saskatchewan Roughriders training camp one year later and eventually made his way to the XFL.

Bouncing around in a few leagues during the last several seasons has made him appreciate the game even more. Throughout the ups and downs, he met people from all walks of life and most importantly, learned more about himself. Although he only enjoyed a short-lived success playing for the Houston Roughnecks before the XFL folded the remaining of the 2020 season, he found his love for the game back in the den and can’t wait to compete again with the Lions this season. Here we present five things to know about Butler. 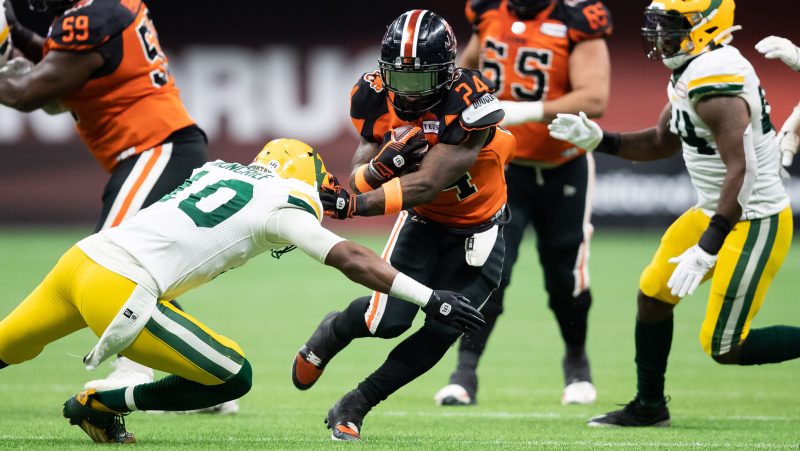 Butler played in 11 games for the Lions last season and rushed for 497 yards and a pair of touchdowns (Photo: The Canadian Press)

1. The Kickin It Wit JB podcast

James started a podcast in 2020 while he was sitting in his home during the lockdown like everyone else. He envisioned the talk show to be a laid back, casual viewing where he and the guests talk about a variety of things like mental health, success stories from various professions and sports. With his recent guest on the podcast, Ronnie Fields, a Chicago high school basketball legend, they explored the Michael Jordan era and how insanely difficult it was to get into a high school game Fields was playing at than a Chicago Bulls game.

“I was thinking ‘Kickin It Wit JB’ because I wanted it to be casual and what my younger self would like to know or, ‘I wish somebody had told me this three or four years ago,’” he said.

James’ grandfather and father all have the same first name. That makes him James Butler III. He said it was cool before RG III — Robert Griffin III,  the former Baylor University Bears star quarterback and a seven-year NFL vet — owned that nickname. That’s why James has been sticking with ‘JB’, his initials as his nickname. He hasn’t decided yet, but don’t be surprised when you see Butler III on the back of his jersey this season.

James played three seasons for the University of Nevada Wolfpack and was made to hate the colour red because his rival school, the UNLV Rebels, rock a fully decked out red uniform from top to bottom. But after joining the Houston Roughnecks in the XFL, there was a slight shift of him starting to appreciate the colour red more than in his college days.

“My red Houston jersey was my favourite because I’ve been in black, blue and all the dark colour uniforms,” Butler said. “Red was super nice and then obviously the BC orange, you can’t go wrong with that. The alternate Houston uniform was sick, too. They did a really good job with the logo, the chrome helmet paired with the blue pants.”

Butler recalled the time when he scored his first touchdown for the Roughnecks and tried to jump into the stands to celebrate with the fans. While he was about to launch himself into the crowd, he almost slipped on the concrete. The Houston Hop was a common celebration after James leaped over the goal line. Fans would prepare signs that say, “Butler was here,” or “Jump here.” It was a unique experience that he’ll never forget.

“Houston was definitely one of my favourite places. I have a lot of family out there. The weather was super nice,” he said. “It got my love for the game back in Houston. I started having more fun and stopped putting so much pressure on myself.”

You’ll often see Butler sitting underneath the goal post meditating before a game. He has been keen on mental health for some time. Since it’s become such an important conservation amongst athletes, Butler has recognized the importance to taking care of his mind as well as the rest of his body. He says consistency is the key as he makes time for himself to sit down, breath, meditate and even read.

“I’ve learned so much about myself and learning different ways to calm myself down when I’m feeling anxious,” he said. “I meditate before each game and try to do it every single day. I think it’s important because back in the day, it was kind of like, ‘Well, just (suck) it up.’ But now there are techniques that we can use to pick ourselves up.”