Ferguson: How to advance from a Regional Combine 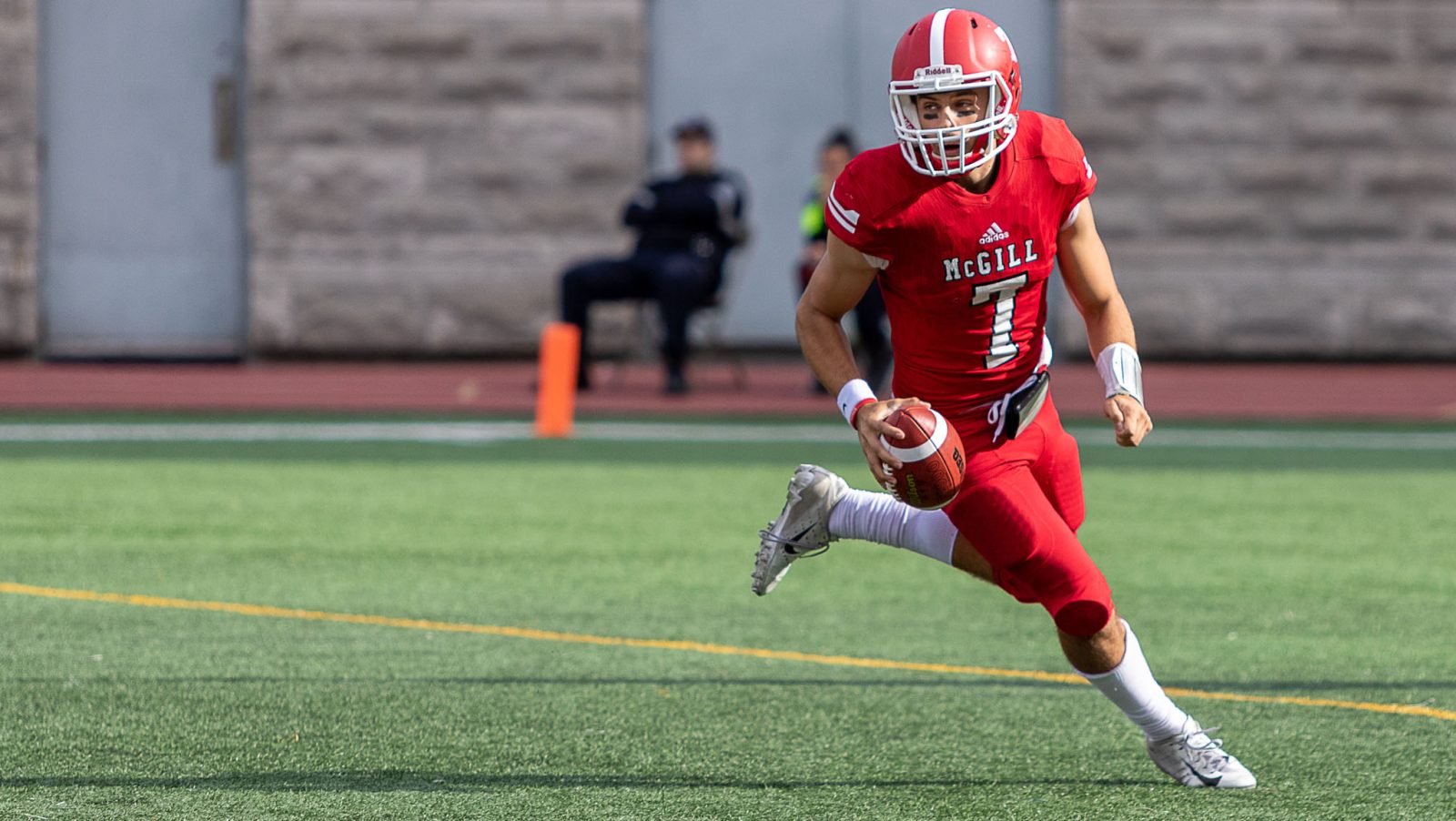 Ferguson: How to advance from a Regional Combine

With regional combines underway, it is officially time to lock in on 2022 CFL Draft prospects here at CFL.ca. After years of training and preparation, every aspect of these CFL hopefuls is up for examination and debate. Thankfully I have archived testing information to help guide my own evaluation in the annual spring underwear Olympics.

Last week the festivities got underway from Waterloo, followed quickly with a trip to Montreal where many of the RSEQ’s best were in attendance. Altogether 10 athletes earned the right to advance beyond the regional stage and attend the National Combine next week in Toronto, but what goes into a performance worthy of advancing as judged by CFL coaches and personnel people?

The answer is quite different for each player, position and situation. All of which makes the regional combine such an intriguing event to make sense of. 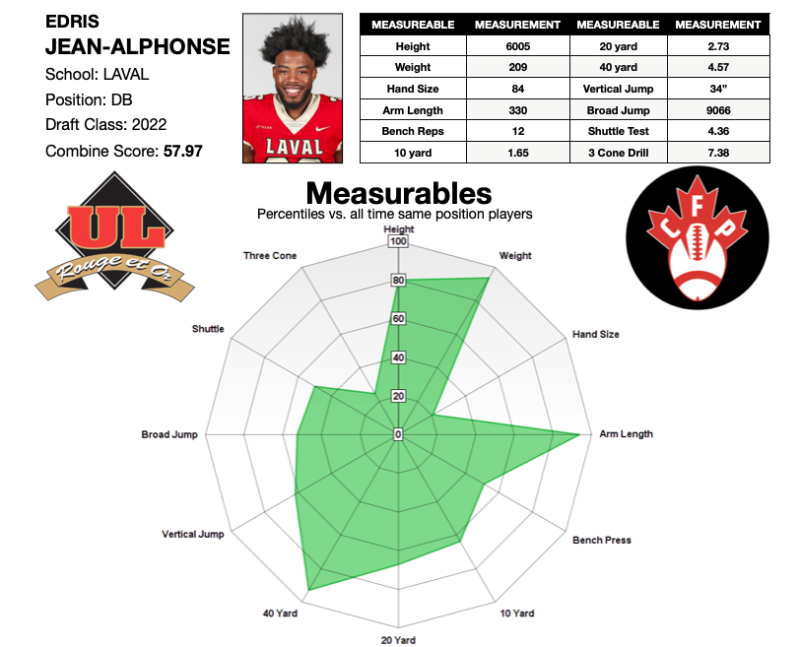 A tall, long defensive back. I love the long speed of Jean-Alphonse, who essentially ‘passes’ all defensive backs of CFL combines past at a rate rarely seen between the 20-yard and 40-yard mark. Perhaps the shuttle and three cone times will scare teams on quick movement skills but to me this Rouge Et Or product screams free safety, perhaps even in Montreal with Ty Cranston leaving for the REDBLACKS in free agency. 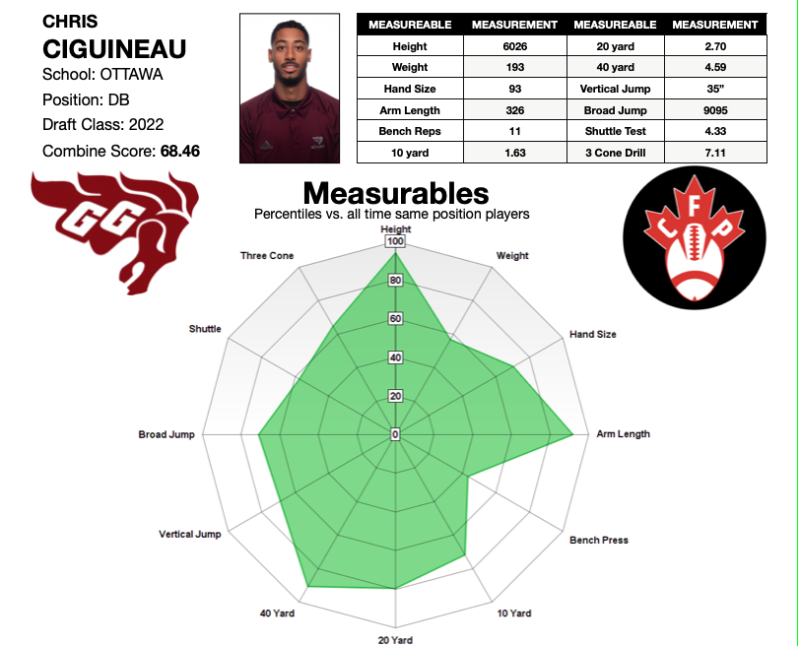 With similar height and length to-Jean Alphonse, Gee-Gees DB Chris Ciguineau has a more well-rounded athleticism that includes lower body strength and a bounce to his game that unquestionably makes him a nightmare in one-on-one drills at the combine. 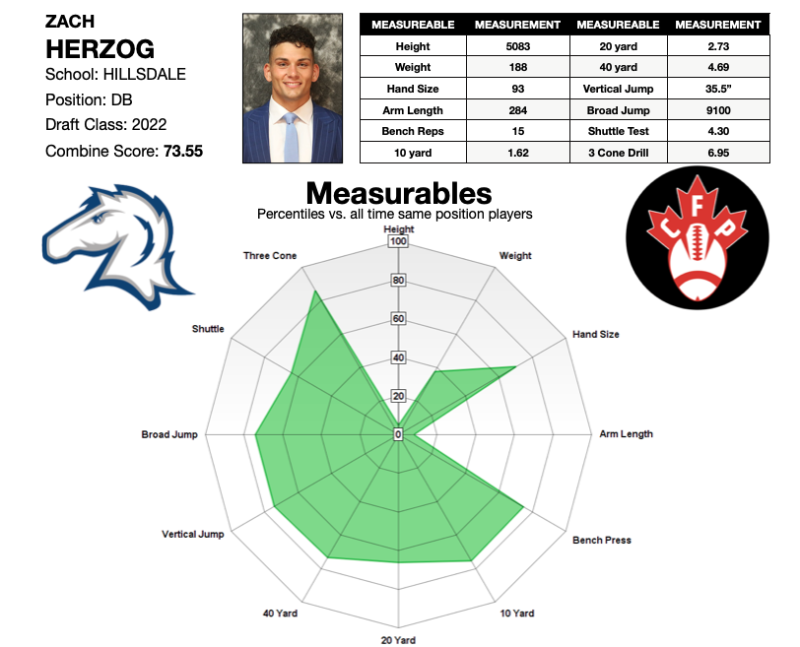 From little known Hillsdale College in Michigan, this Windsor, Ont. native had heads turning in Waterloo quickly for his thick build. Despite being smaller framed, he posted above average numbers in all tests. The question now becomes whether he can ‘high energy’ his way through the National Combine’s special teams drills enough to make teams prioritize his rights come draft day. 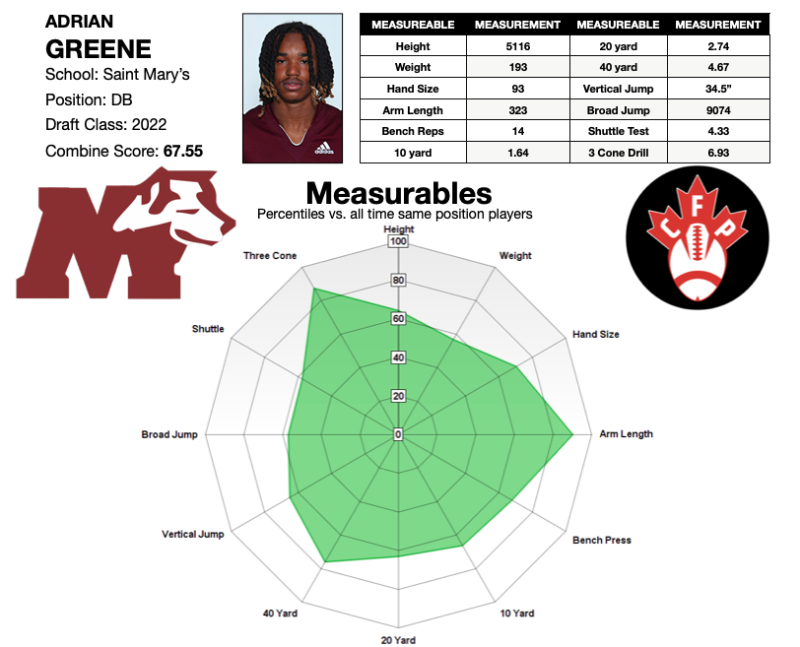 At the Ontario Regional Combine there was no single player more impressive in man-to-man coverage than Greene. His feet were always in the right place and he covered with a patience beyond his years but a burst that showed he knew when to commit to breaking on the ball. 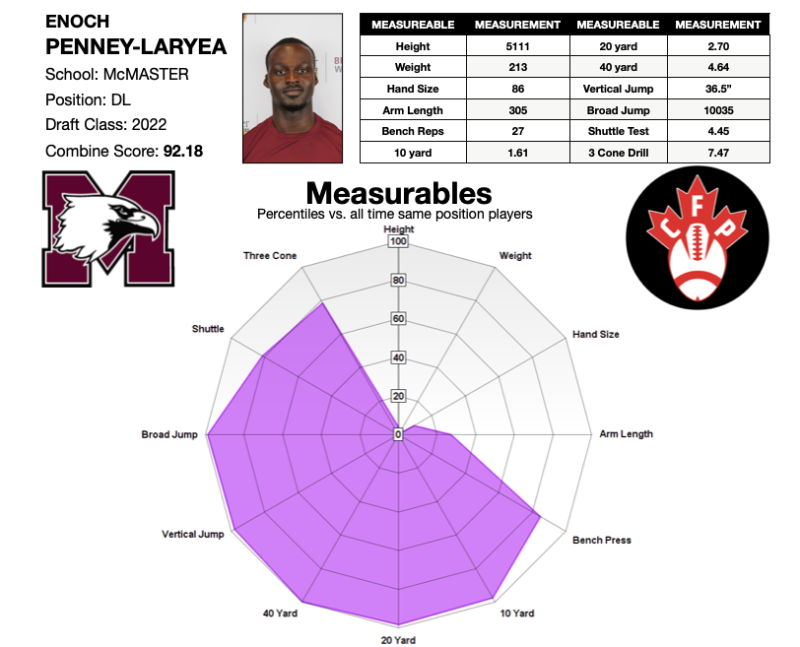 It is not an overstatement to say that Enoch Penney-Laryea of McMaster University just had one of the greatest pure testing performances in the history of CFL regional combines. The numbers he put up relative to his positional groups all-time averages were stunning and resulted in the highest combine score (92.18) of any athlete through the first two regional showcases.

The challenge here is that he did it as one of the smallest defensive lineman ever assessed at a CFL combine and the idea of setting him off after the quarterback with that kind of explosive ability isn’t a simple equation for a sack, thanks to the challenge of length and size with behemoth tackles. Realistically, I expect to see Enoch take linebacker reps at the national combine and be asked to highlight the special teams period, but for now his performance stands atop names like Robbie Smith, Connor McGough and Junior Turner on the defensive line. 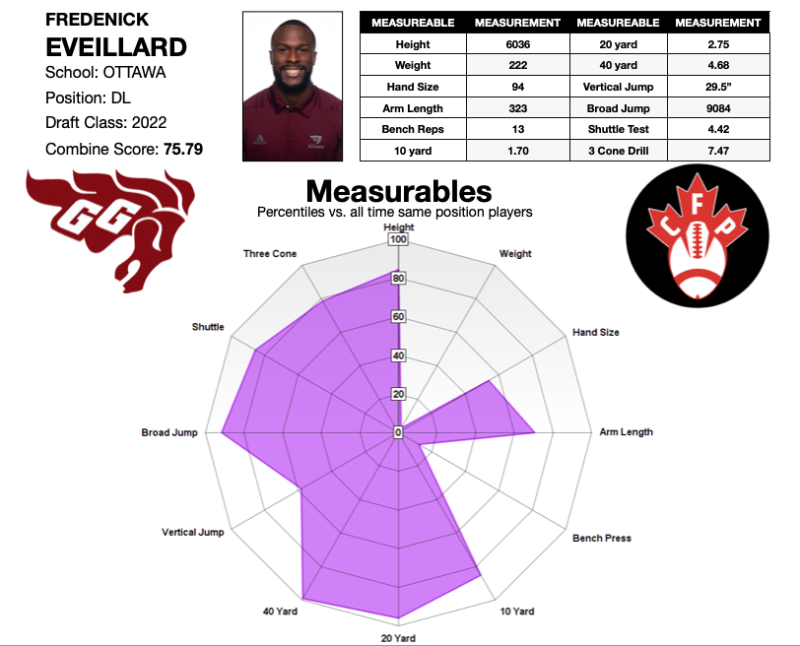 With a similar combine athlete score to names like Randy Chevrier, Michael Klassen, Nigel Romick and Ettore Lattanzio this Gee-Gee’s pass rusher brings height and length with unique movement skills at a lighter weight than he would need to play at in the CFL. 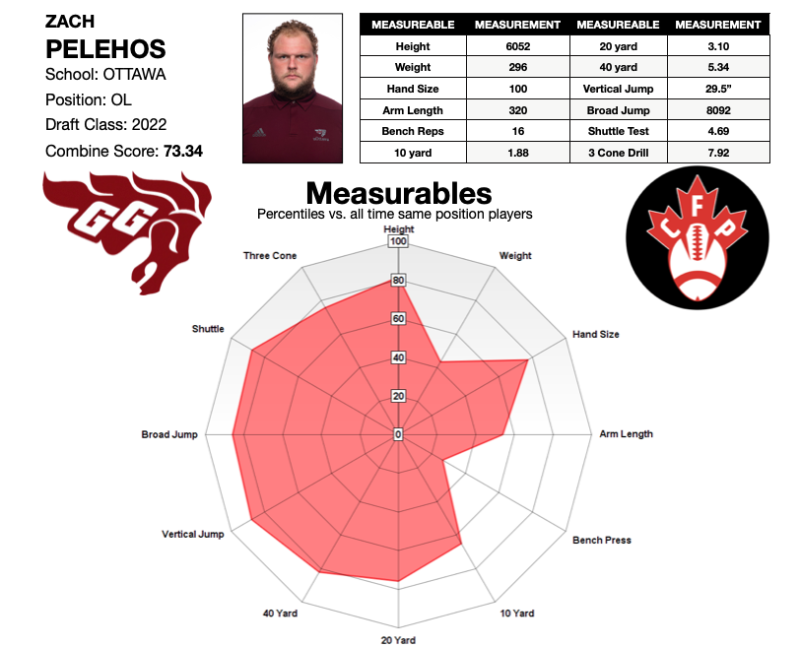 Projected as a potential Top-20 selection, Pelehos put on exactly the display you’d love to see from a player acquiring that kind of accolade at the Eastern Regional Combine last Friday with a performance reminiscent of names like Geoff Gray, Charles Vaillancourt and most recently Logan Bandy. Excellent company to be keeping. 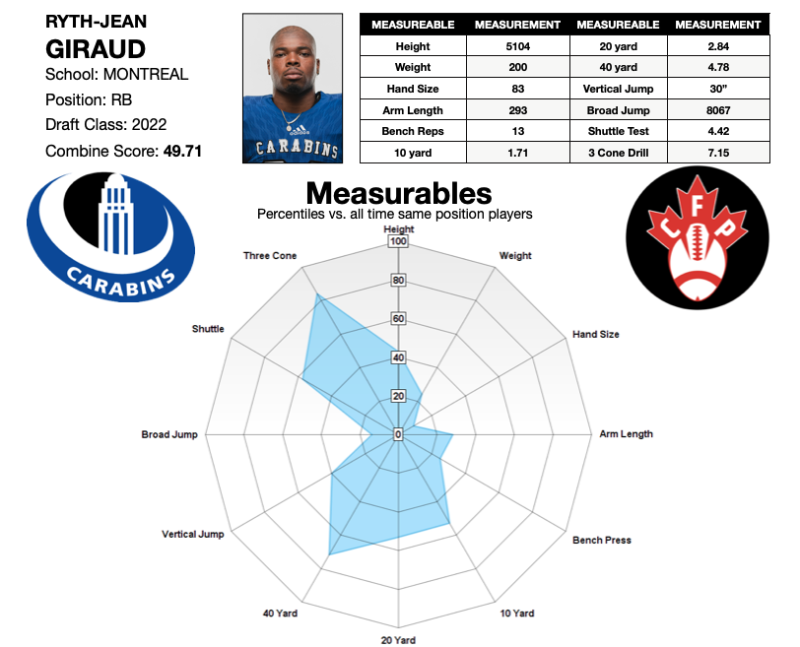 The lowest combine score of any advancing player doesn’t mean much here. Giraud is a hard-nosed runner who — without having been on location — I have to imagine dominated pass rush one-on-ones against linebackers based on his work in the RSEQ and U SPORTS playoffs I saw last fall. 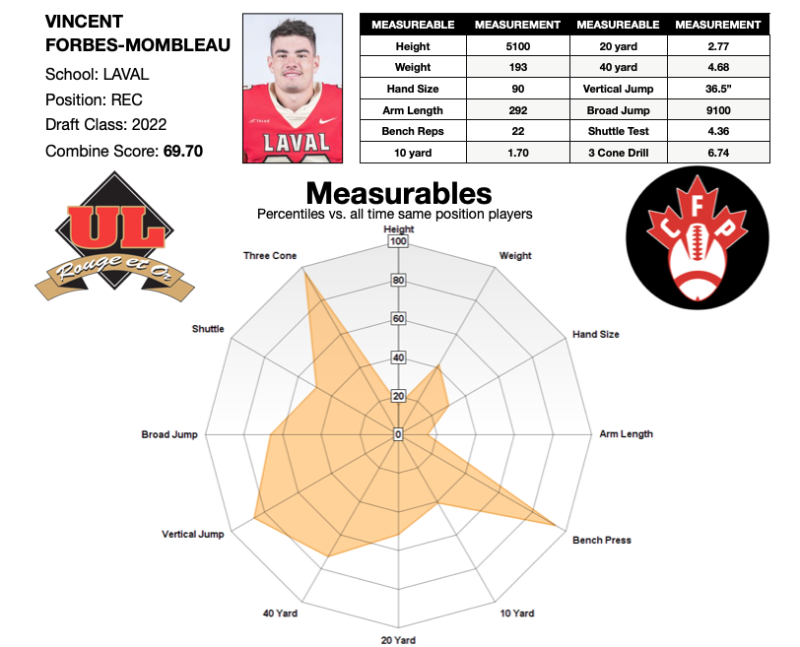 When I checked in on the Eastern Regional numbers it was Forbes-Mombleau who immediately caught my attention and rightfully so. The Laval pass catcher earned the chance to show he can compete with the best in Toronto next weekend. 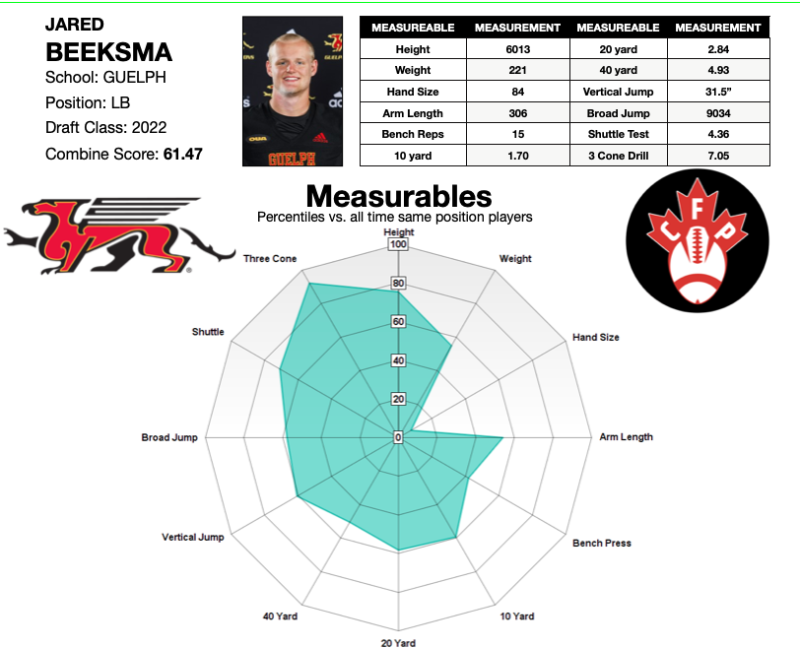 The centre of Guelph’s defence put up a solid, but unspectacular performance at the Ontario Regional Combine. Similar to Giraud, this selection isn’t based on numbers. Beeksma’s film predisposed him to advancing and the scouts needed to see enough to push him forward. They did. 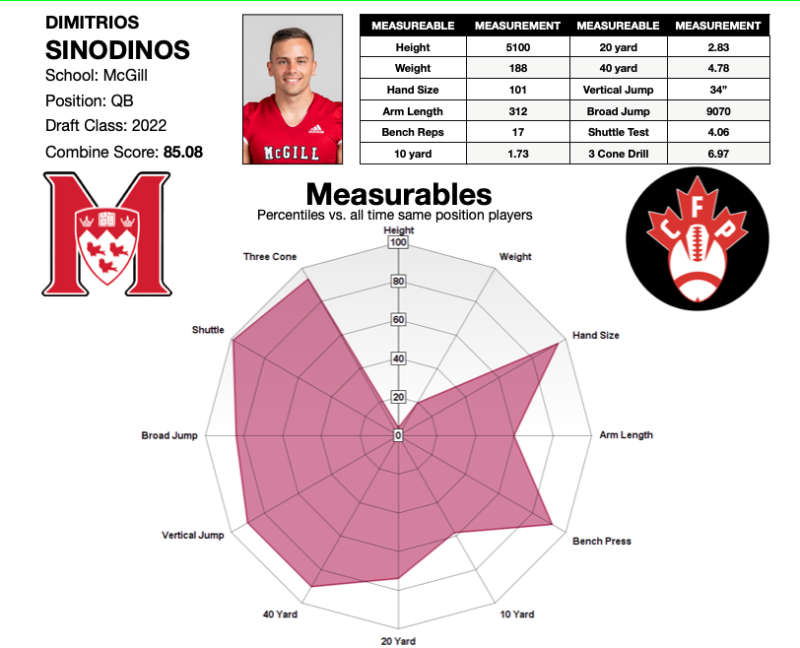 While Sinodinos didn’t advance to the National Combine, he did post the greatest quarterback combine in my archive (2001-2022) and I’m not even sure that holds up beyond Waterloo’s Tre Ford, who is sure to put on a show in Toronto next weekend.

Asked about the performance afterwards the McGill QB said, “it was my goal to have the best CFL Combine ever by a Canadian QB and I’m happy that was the case. I hope Tre goes out there and has an amazing combine as well. The more Canadian QBs making noise the better!”

A performance that needed to be appreciated from a player who is sure to raise some eyebrows come draft day. He’s an exceptional athlete that could dress at receiver and fill in as third QB in an emergency like Nate Behar did in Ottawa last year.