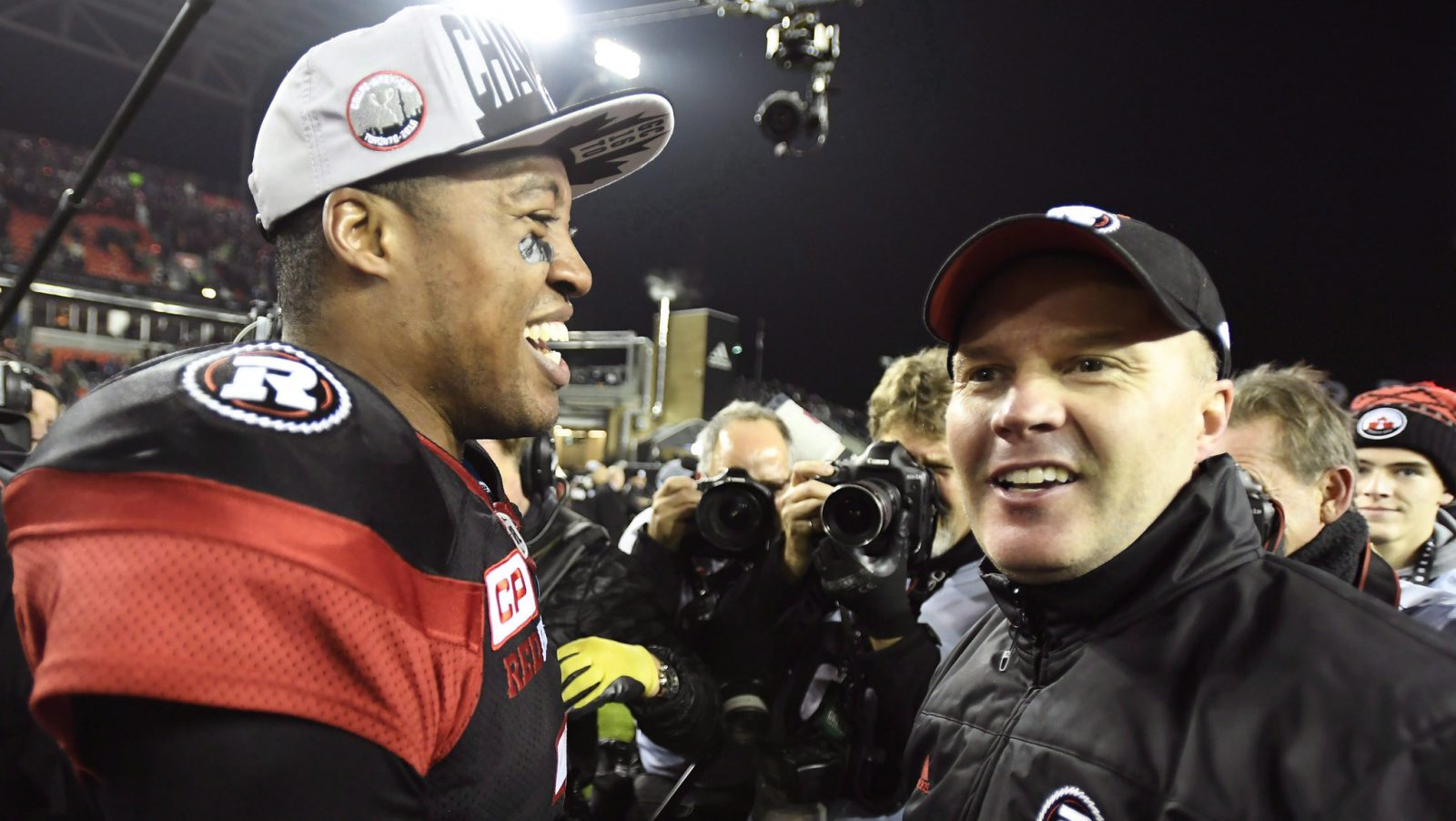 If Henry Burris were a sculptor, the BC Lions just handed him some fresh clay to mold.

One of the CFL’s all-time great quarterbacks has returned to the league as an offensive consultant with the Lions. His primary job will be to shape and  grow the talents of young Canadian quarterbacks Nathan Rourke and Michael O’Connor.

“My passion has always been working with quarterbacks,” Burris, a two-time CFL Most Outstanding Player, said during a video conference. “This game has done so much for me, it’s all about giving back. It was an opportunity I just couldn’t pass up.

“Working with quarterback has been my life. I’ve got all this wealth of knowledge and I’ve got to hand it to somebody because I’m getting old. I need to share all the things that I have learned with somebody.” 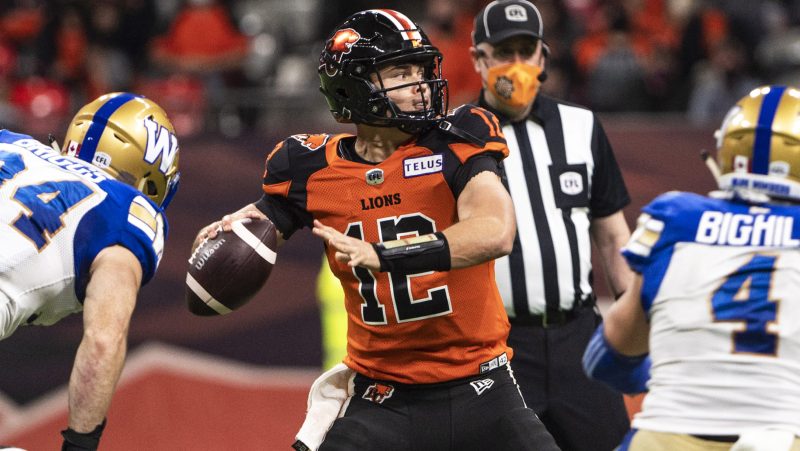 In his new role with the Lions, Burris will work closely with Nathan Rourke, who assumes starting QB duties in the wake of Michael Reilly’s retirement (Jimmy Jeong/CFL.ca)

Burris, a three-time Grey Cup champion, spent the last two seasons on the coaching staff of the NFL’s Chicago Bears as a seasonal coaching assistant (2020) and offensive quality control coach (2021). He was caught in the winds of change that blew through the Bears’ front office following the firing of head coach Matt Nagy.

“You learn a lot of things, especially as a young coach,” said the 48-year-old from Spiro, Okla. “You look for the things that go well but you also learn from the things that didn’t go well.

“Unfortunately, being in Chicago, some things didn’t go well.”

Despite having an offence that ranked in the league’s top third in many statistical categories, the Lions finished 5-9 in last year’s shortened season and missed the playoffs for the third time in four years.

After the surprise retirement of veteran quarterback Michael Reilly earlier this year the Lions signed the free agent O’Connor as a backup to Rourke. BC will be the first CFL team in over 60 years to have two Canadians at quarterback.

BC also added Isaac Harker, who spent two years as a backup in Saskatchewan.

Combined, the three quarterbacks have played 60 CFL games and have thrown for less than 1,000 yards, four touchdowns and 10 interceptions.

“Each and every one of these guys has a world of talent,” said Burris. “The thing is you have to put these guys in positions to be successful. I want to help deliver some of that information to help them fulfill that destiny.”

Rourke, 23, completed 52 of 82 passes for 754 yards, three touchdowns and five interceptions in his first CFL season.

“He’s been able to see things on the field for an entire year and make the adjustments,” said Burris.

“He understands the things that he needs to get better at. That’s where the growth takes place as from being a rookie to become second-year guy.”

O’Connor,  the 25-year-old Ottawa native who won a Vanier Cup with the University of British Columbia Thunderbirds, was drafted by Toronto in 2019 and played last year with Calgary.

“Michael is a guy who has a wealth of talent, a wealth of ability,” said Burris. “You’re going to go through your rough times. Can you learn from those rough times and be able to grow from it?

“I just want to be of service to those young men as well as the other quarterbacks that are on the roster, to help them be able to grow.” 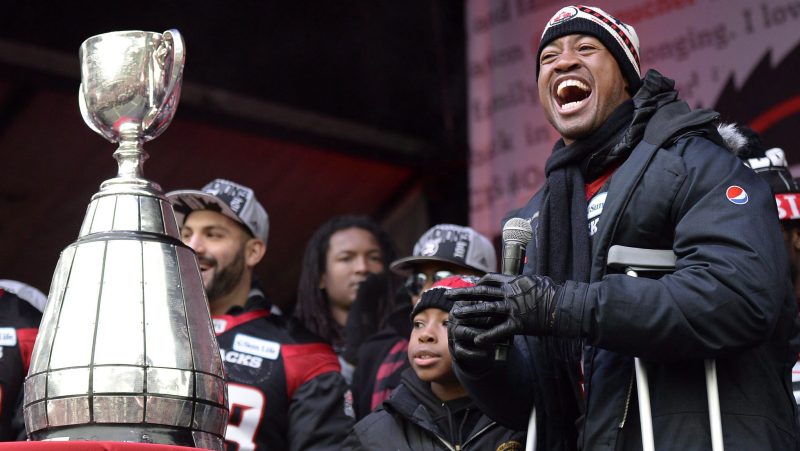 Burris closed out his hall of fame CFL career in 2016 with a Grey Cup win that brought Ottawa its first CFL crown in 40 years (Photo: The Canadian Press)

Burris jumped at the chance to work again with Rick Campbell, BC’s head coach and co-general manager. Campbell was head coach when Burris led the Ottawa REDBLACKS to an upset victory over the Calgary Stampeders in the 2016 Grey Cup.

“Rick is so cool, calm and collected,” said Burris, who was the MVP of the 2016 Grey Cup. “To see him celebrate after winning the Grey Cup still brings tears to my eyes.

“He’s a guy that never gets too high or gets too low. To see him finally come out of his shell after we won the Guy Cup, I want to help him get back to that.”

Campbell called Burris “a tremendous addition to our coaching staff.”

“His knowledge, experience and communication skills will be a huge asset to both our quarterbacks and the entire offence,” Campbell said.

Burris plans to continue living in Chicago with his family while working for the Lions. He will travel to Vancouver for meetings at the end of March and then for training camp in May.

“With all this technology there is today I’m still going to stay plugged in on day-to-day practices,” he said. “I’m going to be watching game film, all the opponents that will be coming up.

“I’ll be looking at breakdowns, doing my own breakdowns, making sure (the quarterbacks) understand what they’re up against.”

Burris said he had offers from teams in both the CFL and NFL for coaching jobs.

“Guys knew my interest as far as staying in the NFL and continuing this journey that I have been on the past two years,” he said. “Now I’m in an even better situation where I can learn so much.”