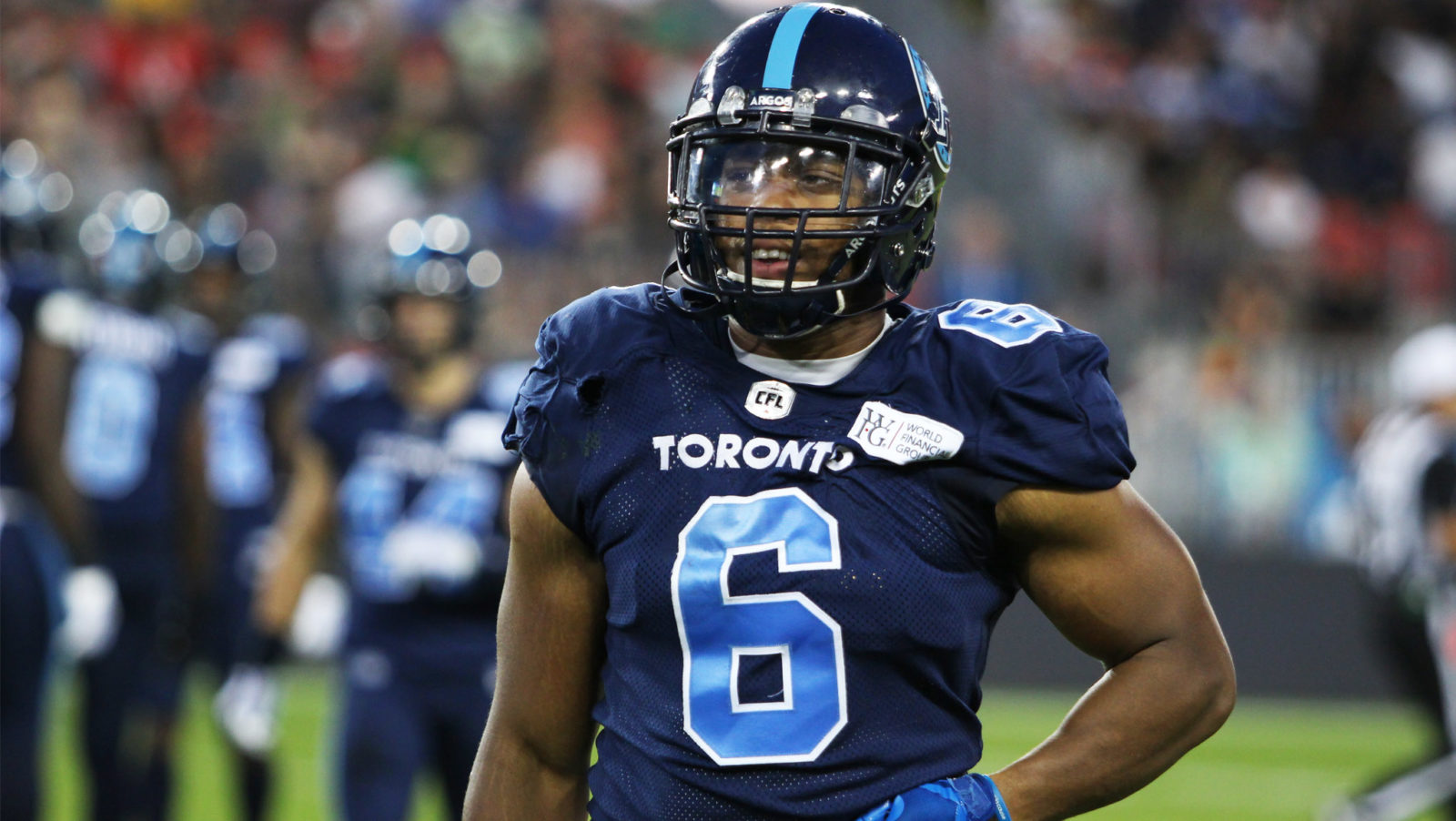 EDMONTON — Nakas Onyeka (LB) has retired from the CFL after four seasons.

The news was formally announced Friday, as Onyeka caps his CFL career with 40 regular season games.

A product of Wilfrid Laurier University, Onyeka inked with the Elks last month on the opening day of free agency. The Brampton, Ontario product ends his career with 16 defensive tackles, 31 special teams tackles, and two sacks.

Selected by the Toronto Argonauts in the fifth round (36th overall) of the 2017 CFL Draft, Onyeka opened his CFL career spending three seasons in Toronto, and was part of the Argos’ 2017 Grey Cup win.